comments Share
You are reading
Jaggy's Corner! – Saturday May 5

This has been a very trying week because of news that I didn’t want to read. Anyways, this week I have two pieces of good news when it comes to gaming. First let’s discuss Stardew Valley. 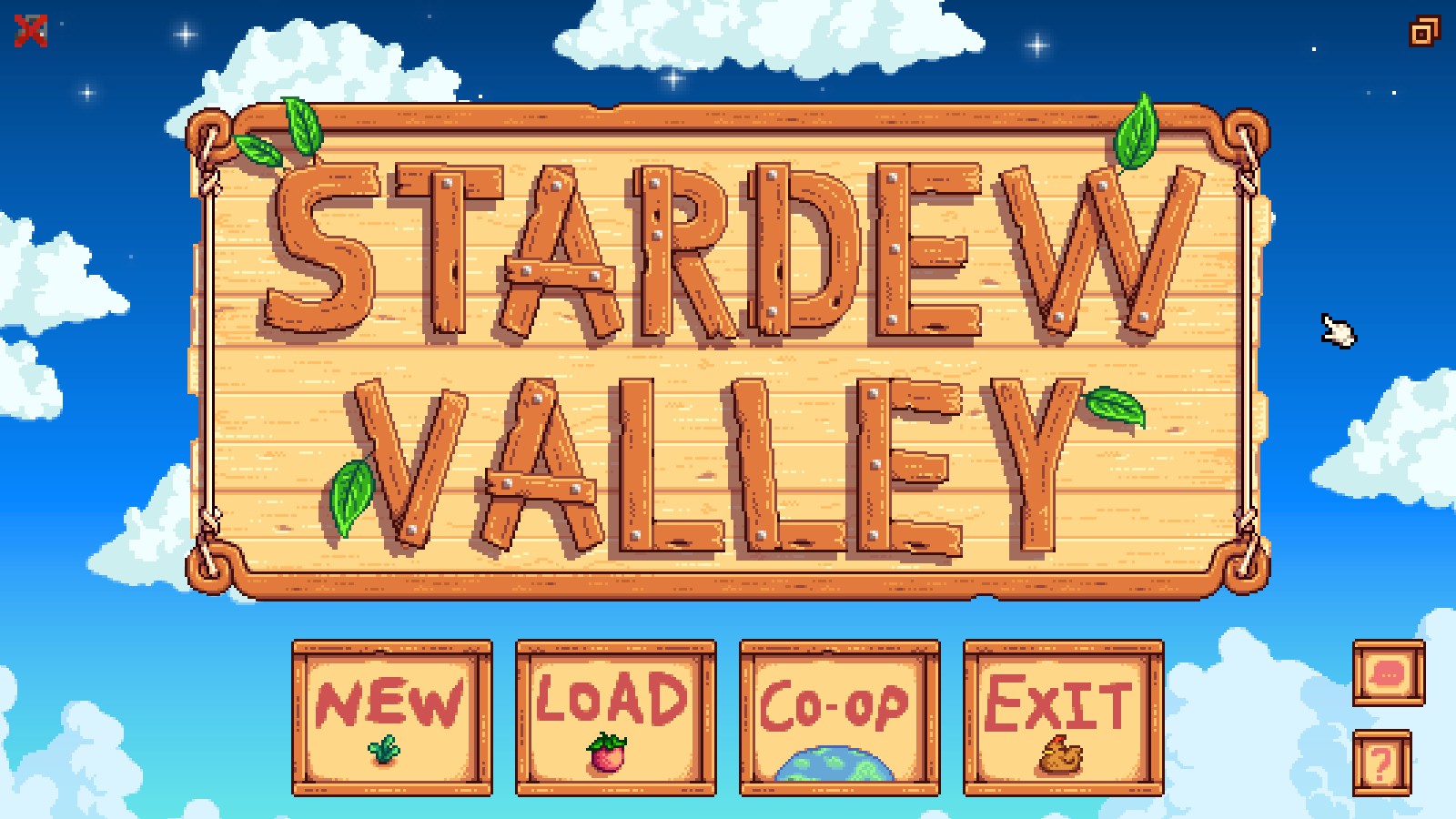 For the uneducated, Stardew Valley is the spiritual successor to Farmville. It had a large number of features that people enjoyed and other features that were despised. It set the creator of Stardew Valley on a mission to come up with a game that made the fun concepts about Farmville without having all of the irritations.

In Stardew Valley, players take the role of a person who works a boring office job, until receiving a letter from their grandfather. In it, he states that the player will inherit his farm. Because the player is so sick of the 9 to 5 grind, they take a chance and move to the farm. Thus begins the adventures of tilling soil, planting seeds, watering plants, timing crop growth, fishing and/or mining, and building relationships with the other citizens. In short, this game is rather relaxing. 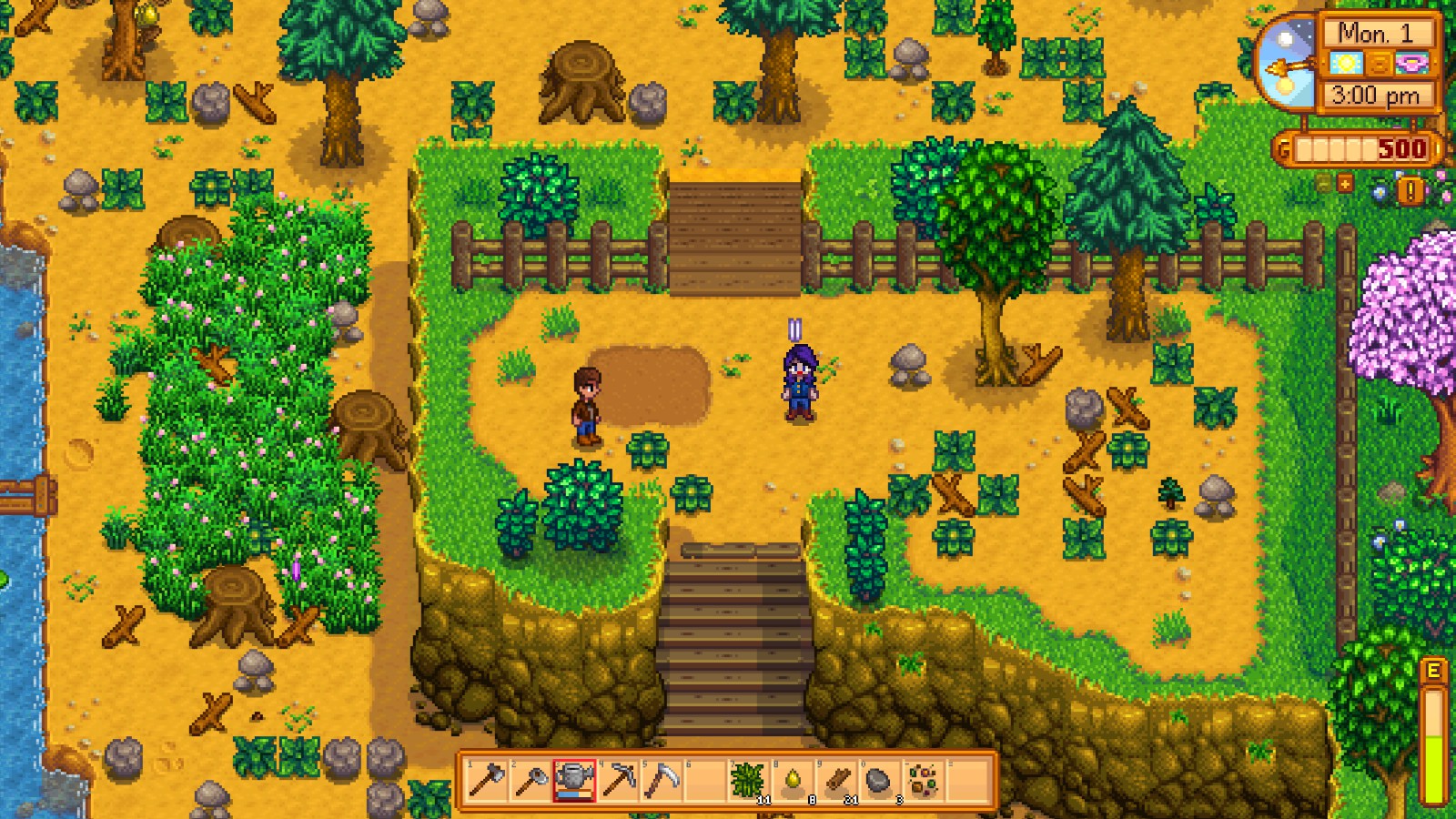 This week, the creator opened up the multiplayer beta version. When in this beta mode, there are a couple of things to know like the game doesn’t auto-pause when in the menu screen as it does in single player. That even includes when doing events. As the host of the multiplayer game, I’d be in a cut scene while my friend was running around doing other things. Time still passed at a regular rate.

When a player wants to end the day, all players have to be in bed and answer yes in the dialog box. The same kind of prompt occurs for the festivals, so I’ve been told. 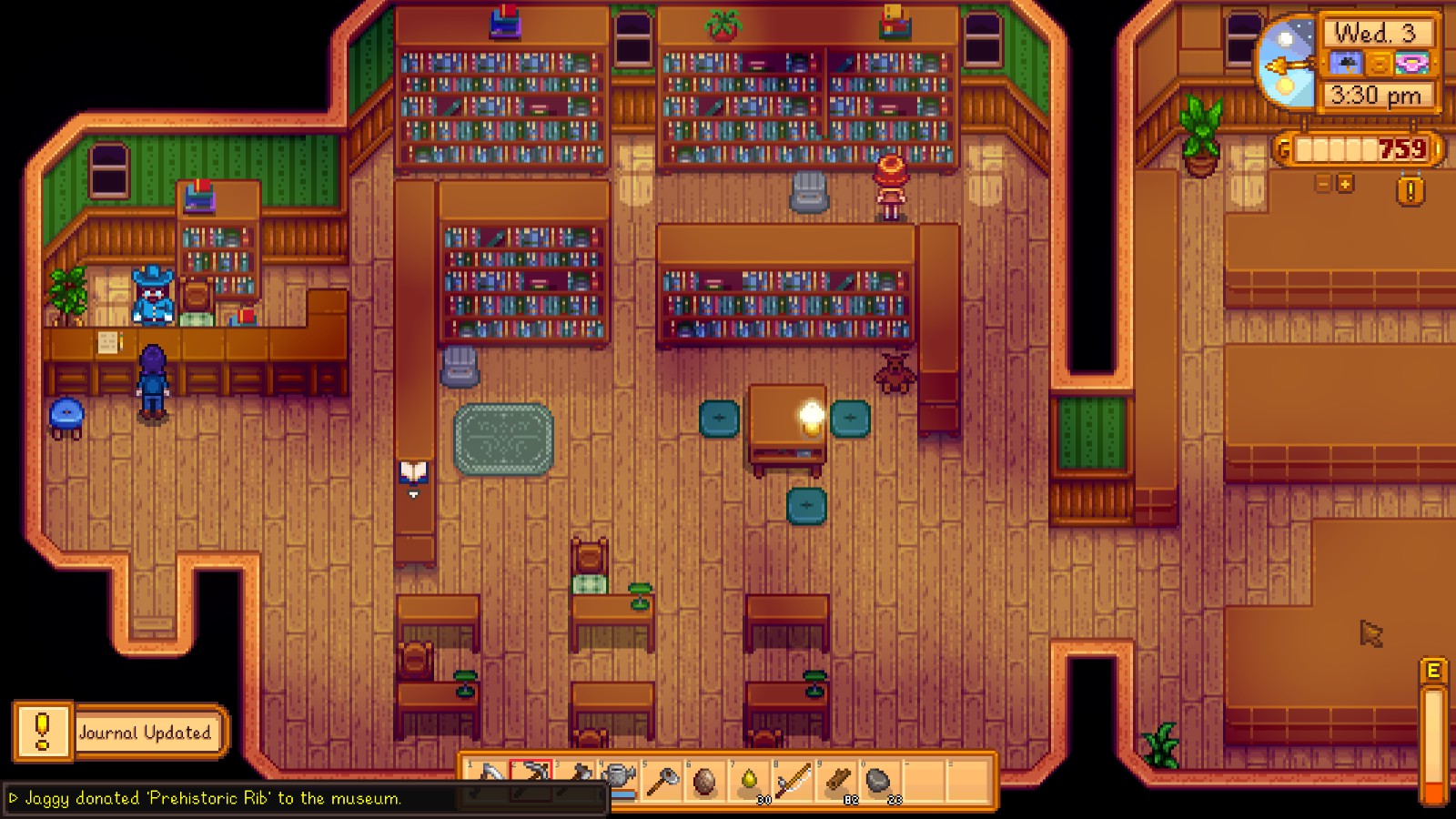 Another thing to note about the multiplayer beta is that some things are shared where other things are not. Shared things include farm land space, money, and world updates. Individual things include: skill level ups, inventory space, and relationships.

During game play of the beta, I discovered that just because I was able to talk to the wizard, my friend was not able to because he hadn’t yet explored the community centre. In other words, certain events are limited, where other things like museum donations show up globally. 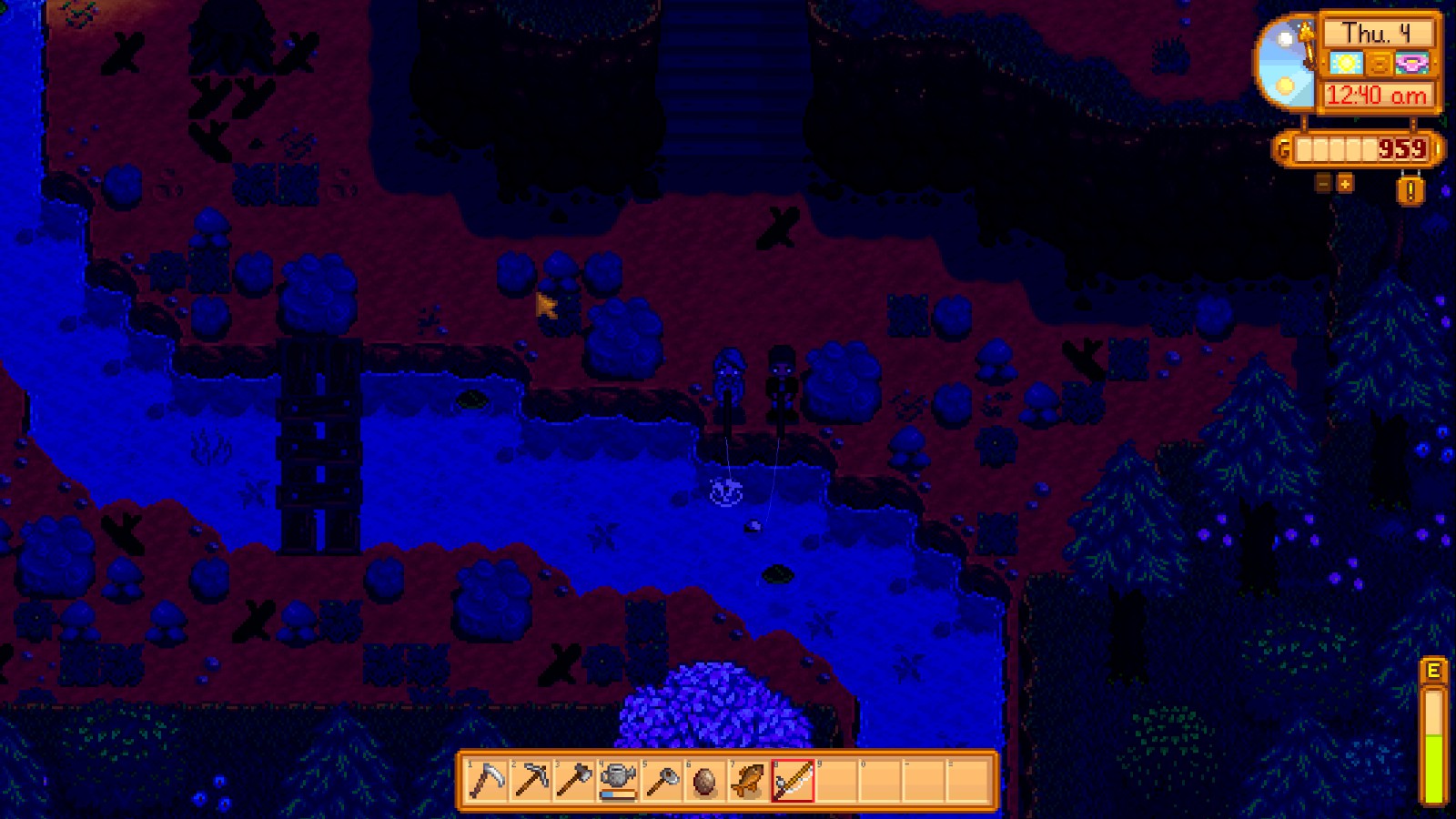 Another interesting feature is if a person joins a game and then disconnects, the host has to give the invite code a second time. The code is not the same! And if someone else comes into the game, the houses are not exclusive to particular players. There are four total houses. The host will always remain in the large house but other players might not begin in their houses. Keep that in mind when opening up your games to other people.

I found it’s much easier to play Stardew Valley when there are other players in the game. Someone could focus on farming while another can do fishing or mining. Another could head off to the community centre and blacksmith to donate items. The possibilities are endless in the multiplayer of Stardew Valley and I’m happy for it. 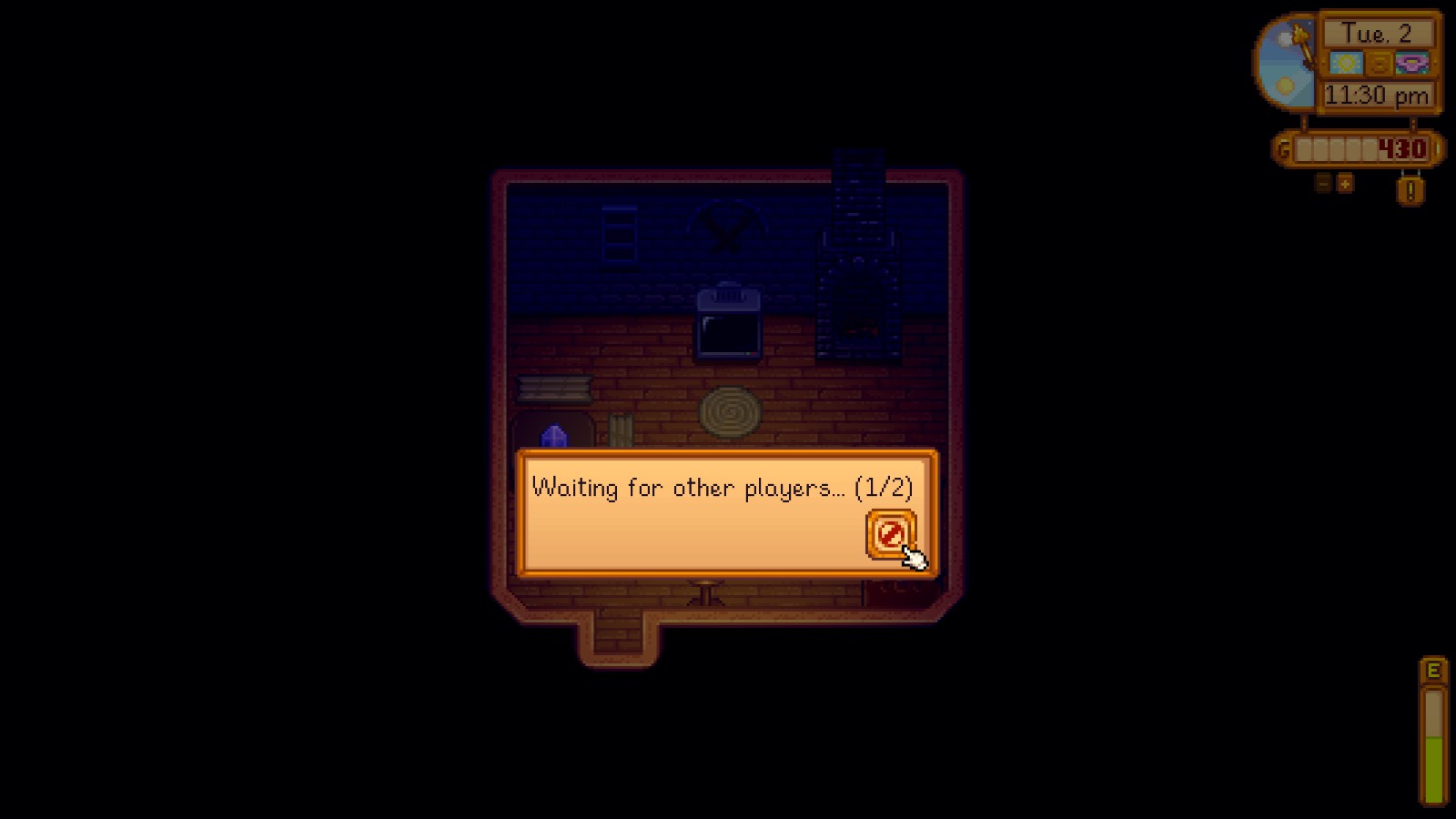 If you are even remotely interested in this game, it’s fun to play with friends. Now you might be thinking, “How do we get into this beta testing?” First you need to know that to opt into the beta testing, keep in mind that it is only available to Steam and GOG Galaxy users at this time. And any information about how to set it up can be found here though make sure to back up saves first!

There are a couple of different events happening in quick succession.

First up is the Promotion Tournament for NA and EU begin today!

North America begins Saturday May 5th at 12PM PDT (3PM ET) while the European tournament begins Sunday, May 6th at 9AM PDT (12 ET). The following teams will be playing in this promotional tournament:

The Rival Series will be streamed on Twitch and there will be fan reward possibilities. Make sure to link your Twitch account with your Steam to get a chance at receiving drops! And don’t forget, the rewards are NOT guaranteed. Don’t spam the chat peeps. It doesn’t increase your odds of receiving something.

Secondly, before the Season V World Championship, there will be another Rocket League event to tide everyone over. Rocket League Esports is teaming up with Northern Arena for NARLI 2 where players get a shot at a $50,000 prize pool.

Make sure to check out the NARLI 2 webpage for more information. Also keep updated on Twitter through @RLEsports

Thirdly, LAN was announced in London, England on the June 8-10th weekend. Information about the event can be found here. It’s sure to be a great time and I think the Europeans are happy that LAN has finally crossed the ocean again. Make sure to book your hotel and tickets as soon as possible because they will most likely sell out quickly!

This season is sure to excite Rocket League fans everywhere so keep up to date through Twitter for event details, articles, and schedule information.