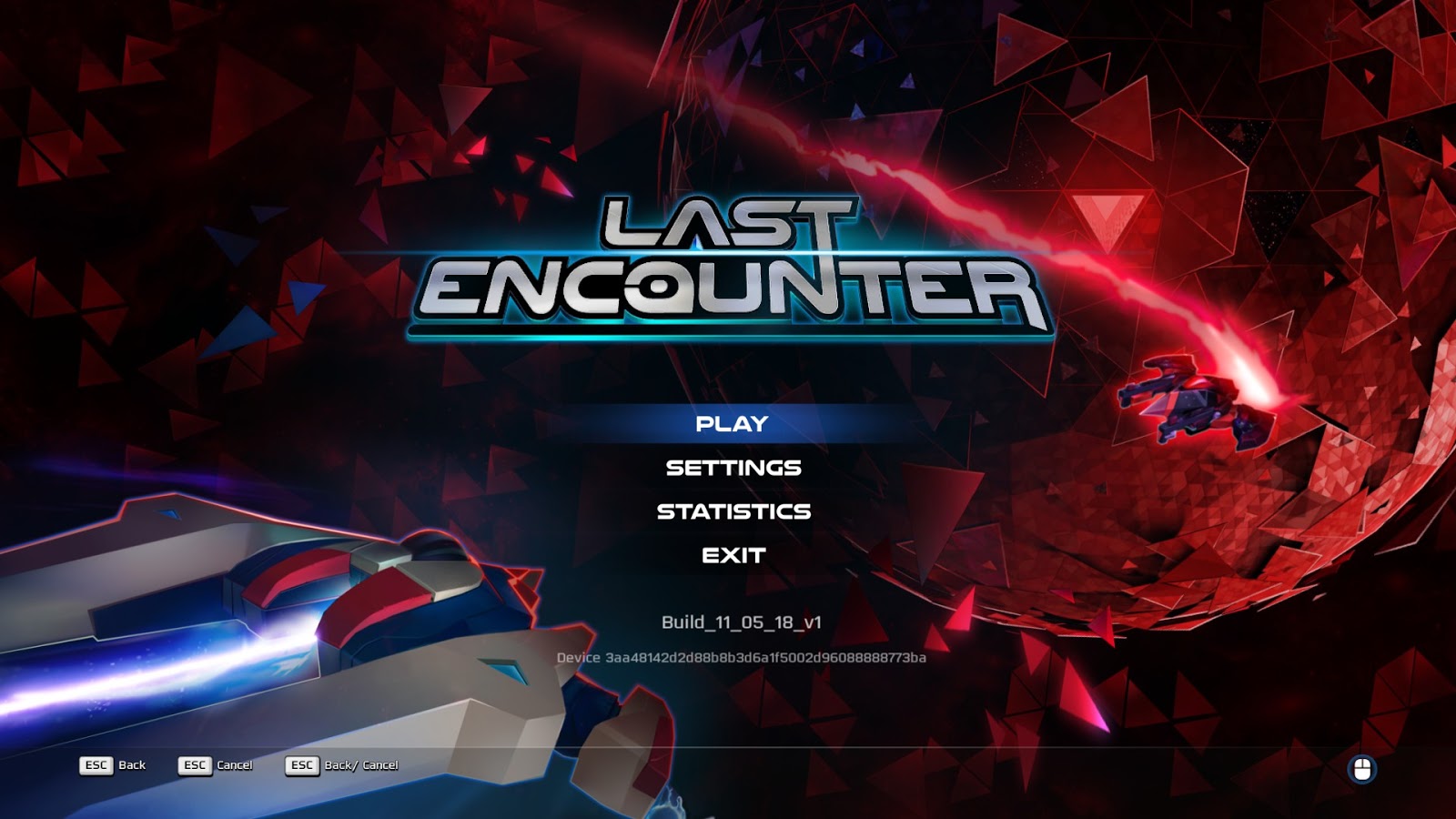 The human race lost. Pushed back to the fringes of space with nothing but a space station and banking on one last and hopefully final push to protect ourselves, we failed. With almost nothing left, as even the fleet sent out a one-way portal to find a new place for humans to live has disappeared, your task is to pick a pilot, pick a ship, hopefully coerse some friends to do the same and dive into that aforementioned portal in search of them.

Last Encounter is something a little different in the Shoot ‘Em Up genre. Tagged as a roguelike, the most you’ll be carrying along for the ride materially is a portion of the money that you pick up as you explore the various spaces through the portal. In addition to that money you’ll also be carrying along the personal experiences of what kind of enemies and battlefield designs that you may face. Where it differs though is that it doesn’t outright strive to kill you but instead provide a fairly entertaining action adventure through a variety of visually different environments that change how you approach the situations.

This factor alone was quite refreshing. While I am generally content with how this genre is created, it’s these titles that strive to do something different that make it all worthwhile. Instead of simply throwing you against super crazy odds with no respite, you’ll instead be exploring various clusters looking for keys in order to move forward. These keys are just about always guarded but you don’t need to kill everything in sight to get to them. That’s a choice and one that you may often make as the ensuing dogfights are not worth the loss of a hull’s hit points. 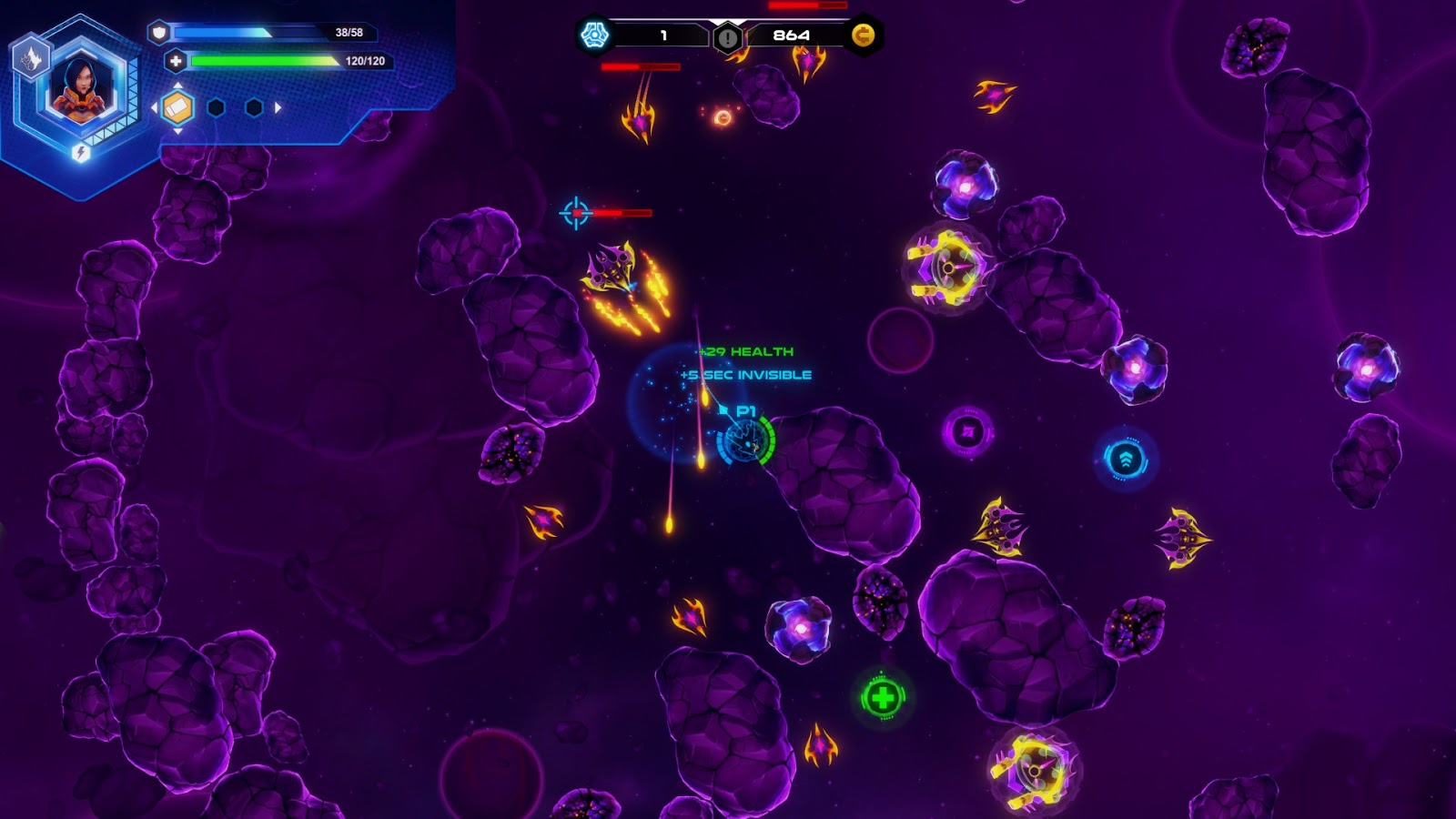 Because of its adventure style, you’re allowed to evaluate your situations and act accordingly. Do you fly straight in running and gunning? Do you pick off your enemies one at a time? Or do you use one of the pilot’s special abilities that allows for several seconds of invisibility to pop in and out with what you wanted? All options are valid but it should be kept in mind that the less you take out on your adventure, the less money that you’ll have to spend on upgrades and starting bonuses once you’ve kicked the bucket.

Everytime that you die you’ll be starting back up at the space station just outside of the one-way portal. Because of the technological advances and the cloning techniques, you don’t need to worry about who you choose to go out that door because a new body can simply be made. The same capabilities exist for making you new versions of the ships that you just turned into a hunk of scrap metal who knows where in the cosmos. Now while I can understand this from a mechanical standpoint, it begs the questions however of where all of these resources come from as we don’t have much left other than a single space station. Ah well, dying too many times doesn’t lead to perma death. We are good!

On this notion though i appreciated a bit of the dialog that infers that there’s so much we don’t know about the universe as once you and your squad die, it’s like everything you’ve done is forgotten. Everything else around you is set back to zero except for the bits of experience that you bring back. It’s nothing grand in terms of game design, but it’s a tiny element that adds to the immersions instead of simply being part of the mechanics in which we are simply forced to accept, “just because”. 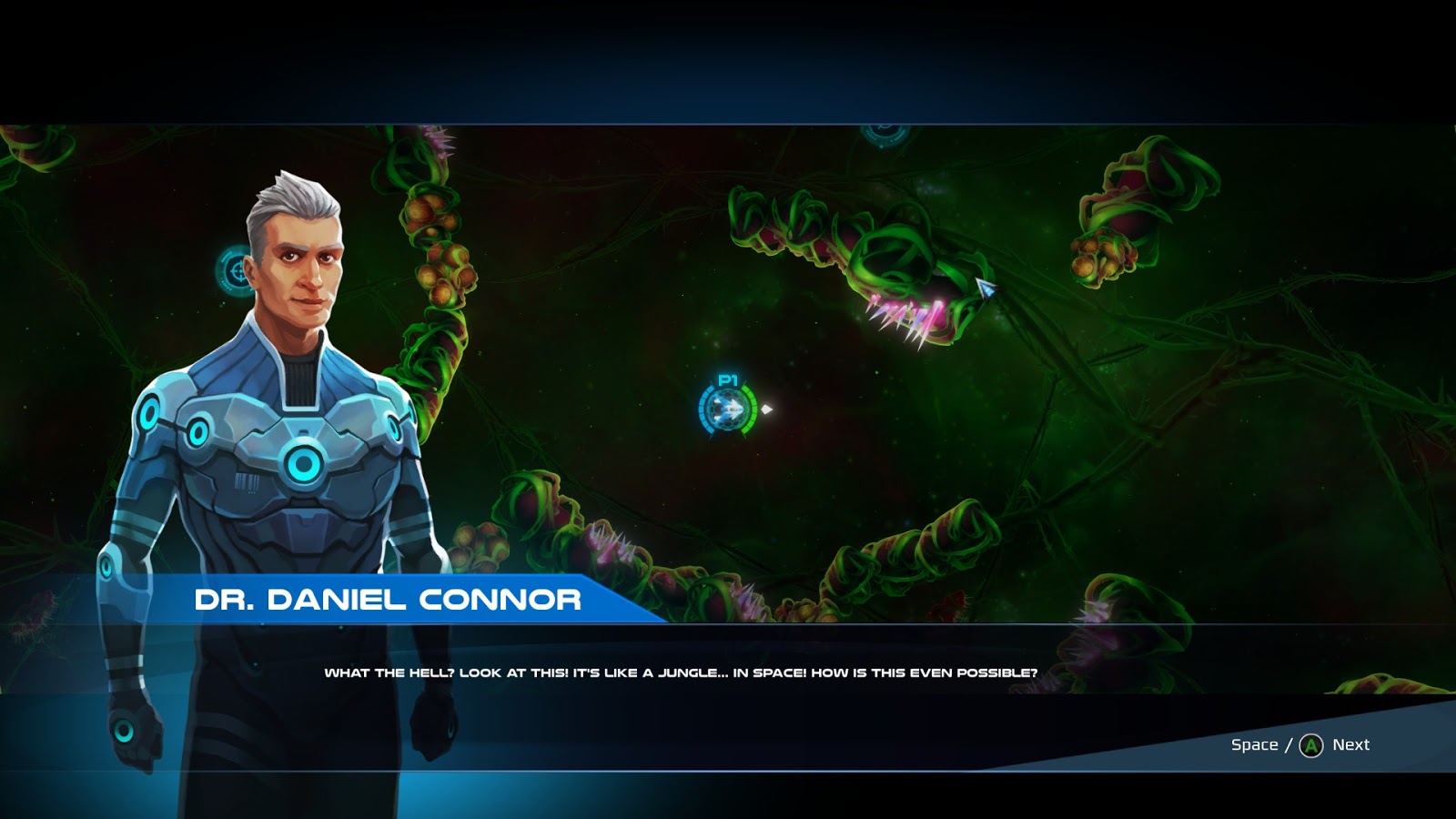 While the devil is in the details, Last Encounter is also mechanically solid. Movement is done with the left, aiming the right, firing trigger is at the ready and in between you can make quick hops in order to dodge out of the way of incoming fire. Need a bit more of a boost? Once the gauge is filled up a special ability can be used to either turn invisible or even invincible for several seconds. If it looks like it’s going to be a very close shave, don’t get stingy, use it. Overall though, the controls are smooth and your ship does what you need it to do when you need it to do it.

Last Encounter is a brilliant Shoot ‘Em Up. Exordium Games have really designed a unique styled experience in a class where there’s plenty of competition. With plenty of base customization between the available pilots as well as the ships they can operate, the upgrades become the icing on the cake as you explore the space beyond the gate in hopes of perhaps finding a new start for our just about extinct species.