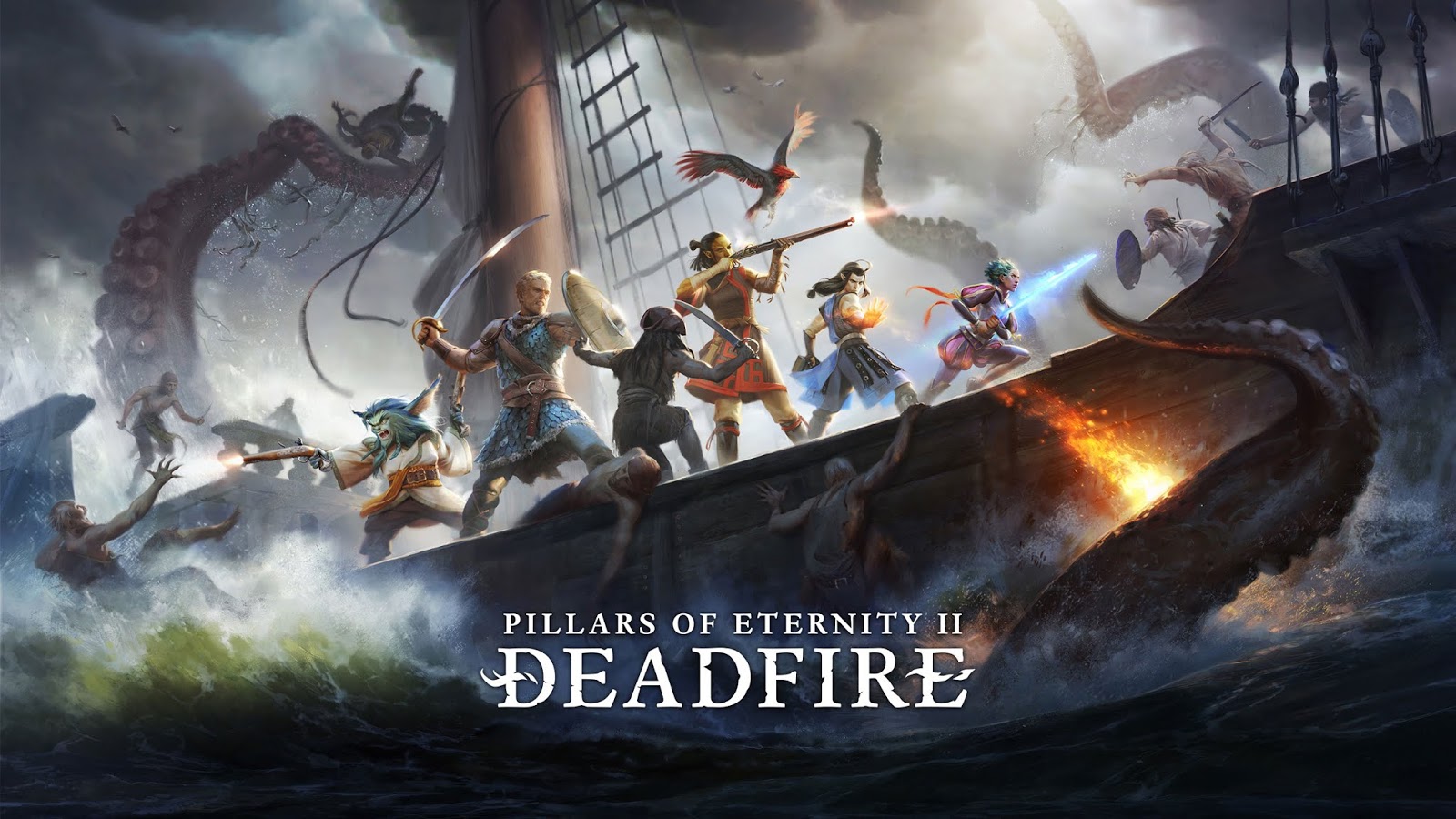 Pillars of Eternity 2 is one of the best RPGs I’ve gotten to play since Baldur’s Gate 2. I considered ending my review right there, since it’s all you need to know. If you haven’t played it, what are you waiting for?

But, you didn’t click on whatever link brought you here for a two sentence review, did you? Ok.

Pillars of Eternity 2 is a isometric RPG that uses a custom engine made in Unity. More of an homage to the classics like Baldur’s Gate, Icewind Dale and Planescape: Torment than a successor, it hits all the major points of what made these games great. If Baldur’s Gate was my group of friends and I playing D&D our parents’ basement (Editor’s Note: Every Friday night with Pizza), Pillars of Eternity 2 is the same group of friends meeting up again for a nostalgic campaign; it’s all grown-up, and takes itself a little less serious. The game sets the tone very quickly. Before the character creation even begins, you can tell the gods you want no part in their quest, and just want to be reincarnated normally. Game over. This type of humor follows throughout the game with good dialogue written in the entirety of it. 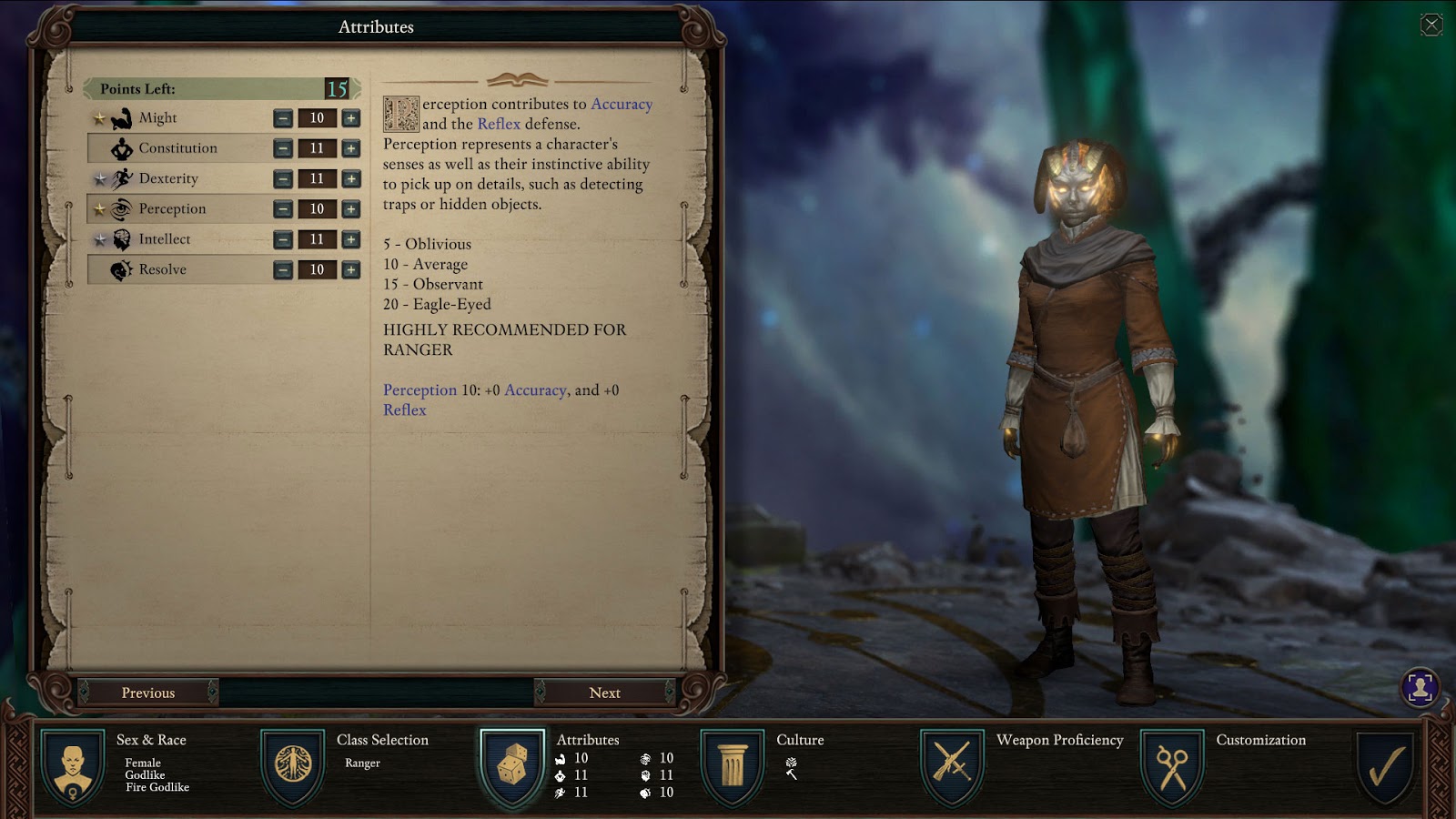 The game starts off a certain amount of time after the first, as many sequels tend to do. Unlike many sequels however, you are dead and in the place where souls go to be reincarnated. This is where you are picked up by the gods to go on an epic god-hunting quest. The character creation, which is set up as you remembering who you were before dying, is one of the better ones I’ve had the pleasure of going through. It’s too good, in fact. Anyone who knows me will know that a good character creating is my bane: I created so many characters and restarted so many times before finishing the first area. You get to choose a race, sub-race, class (can be single or any combination of 2), ethnicity, and background. This makes for many possible combinations, and potential for great roleplay or minmaxing.

Once your character is created, and the game starts for real, you embark on a very interesting quest, spanning a Polynesia-like map, with tons of islands scattered about, throughout which you need to chase a titanic god. To help you hop around these islands, you are the captain of a ship. Taking care of your crew’s needs, while questing is very interesting and makes the game stand out. You can buy bigger and better ships, fortify the armor, get better sails and cannons while also hiring new crew for it. The crew needs to be fed, the ship needs to be repaired, and ammo needs to be stocked all on your own dime.

There is a large world to explore both on foot and by boat. As you travel, the game eschews the annoying random encounters, for a new, much more interesting model: there are points to visit during your travel, and the encounters within them can strongly depend on your choices. You can run into a bunch of tiny lizard men tending to a wyvern, for example. From here, you can charge and kill them all, sneak up close and ambush them, go around them and skip it, or charm the wyvern with druidic magic to have it kill all the lizard men. Many options are opened only with certain skills in your party, which rewards having a greater diversity, and gives an advantage to having multi-class characters. 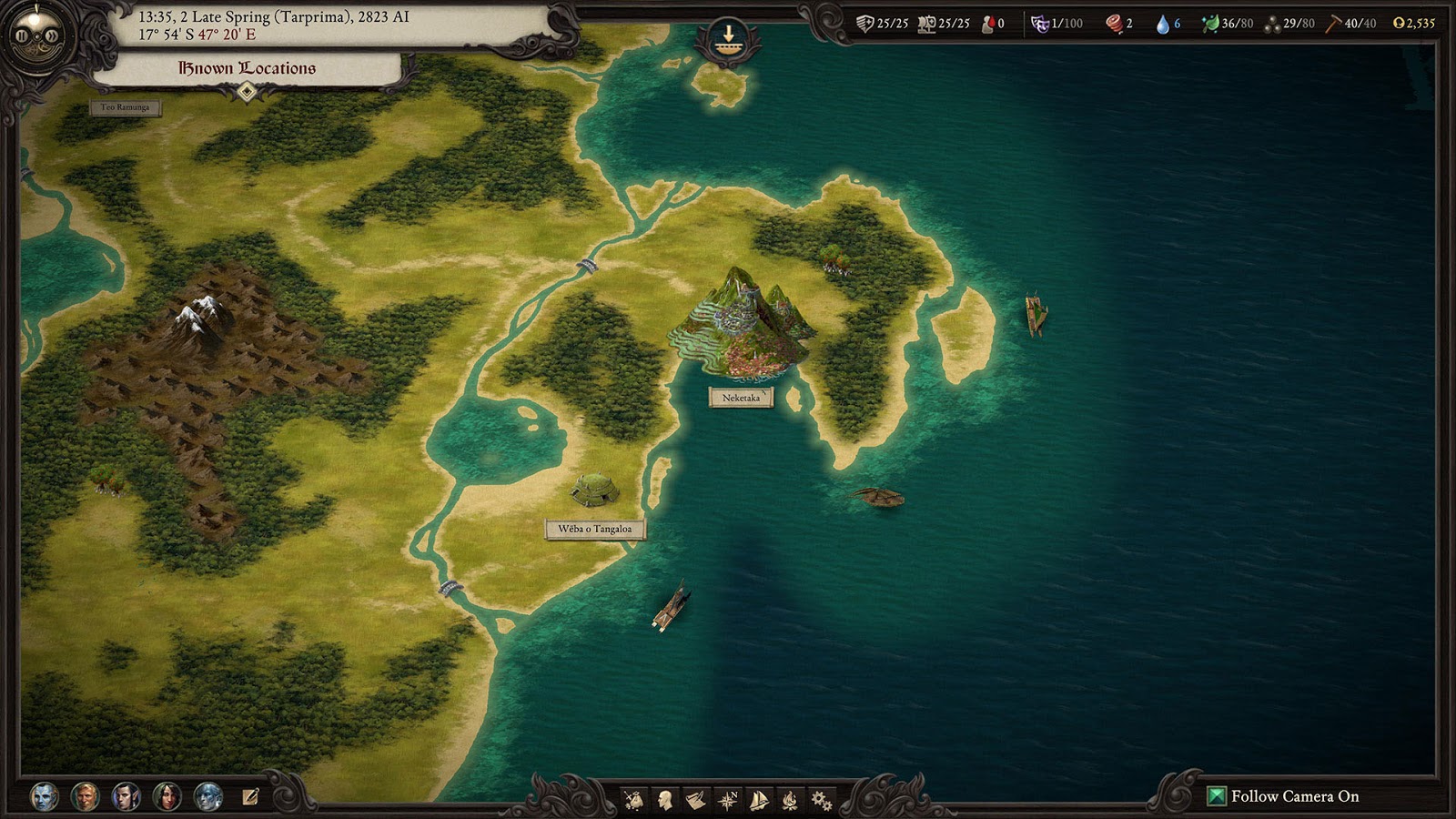 The game plays very smoothly. It’s obviously a more mature version of the old school RPGs. Many features are in that greatly increase the ease of playing, without making the game itself too easy. The out-of-combat fast-forward makes backtracking much less painful, while the “per encounter” health and abilities make it so much smoother, without having to camp out for 8 hours 3-4 times per dungeon. Despite this, unless you’re playing on easy mode, you’ll still need strategy to win most fights.

The combat is very interesting getting rid of the turn-based system. Instead, every character has a refresh timer that is dependent on their dexterity stat as well as factors like stances, equipment, and abilities used. This is not a game in which you can just bash your enemies until they die. You need to place your party properly to prevent your “squishies” from getting squished, as well as use the proper abilities depending on the situation. With its huge selection of spells and abilities, there are many play styles possible, and tons of strategies in order to win battles, or just plain avoid them entirely. Whatever your choice is though, it requires you to think it through. 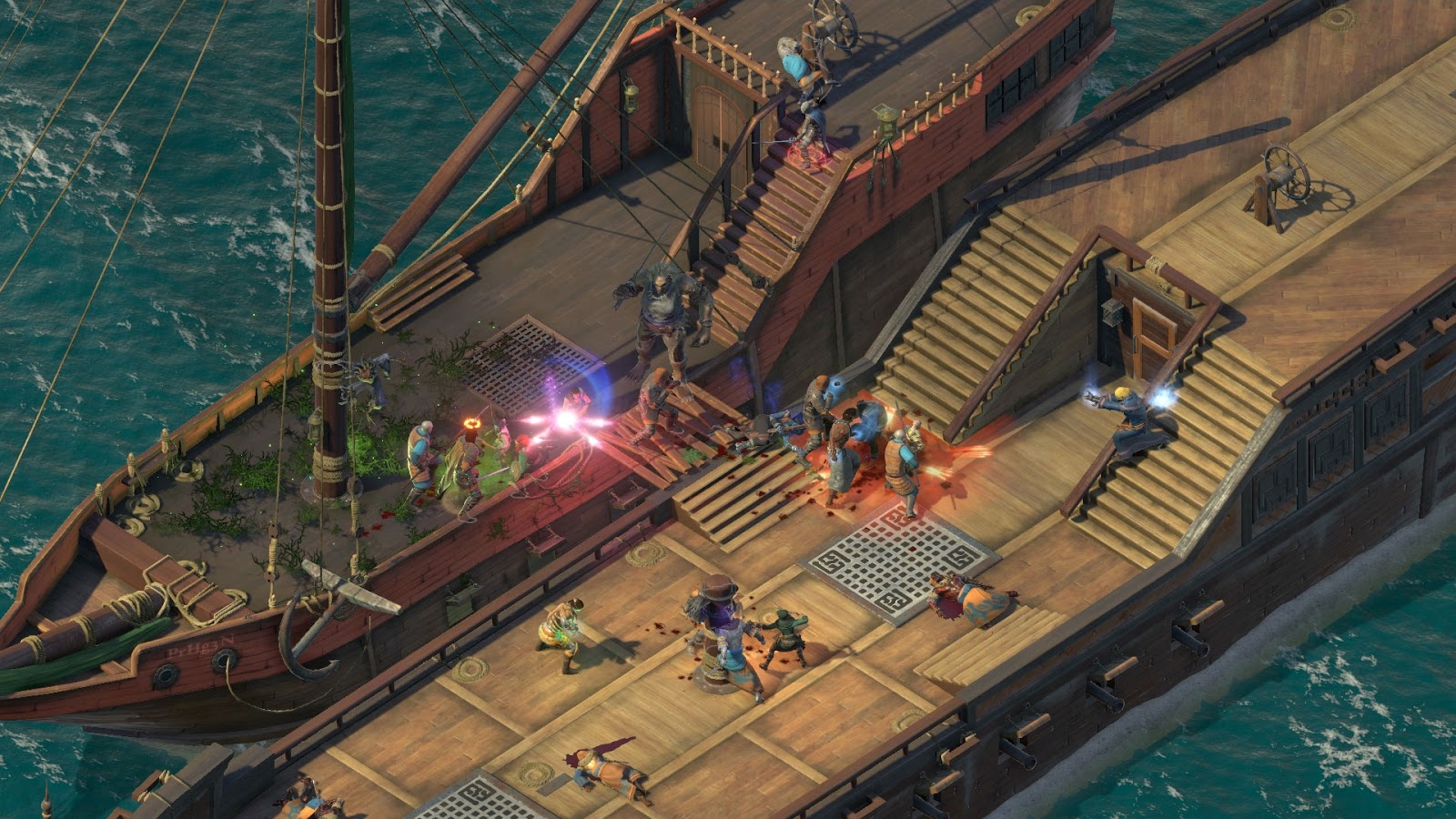 This game is a must-play for any fan of old-school isometric RPGs. If you aren’t already a fan of Baldur’s Gate, Icewind Dale, Planescape: Torment, and the other in between releases, go play them  now (it’s ok, I’ll wait.)

See? They’re good right? Well, Pillars of Eternity 2 fits very well in the pantheon of the greats alongside those games. Is it better than Baldur’s Gate 2 – certainly not, but it’s not eclipsed by it either and that’s saying a lot. If you’re new to the genre, this is a pretty good place to start (although you may be missing parts of the story if you haven’t played the first). If you’re a veteran, you’ll feel quite at home playing this game, and will most likely be impressed by the storytelling, the graphics and the gameplay.

My final rating is a solid 8.5/10. The only reason it didn’t get any higher is that the only real point of comparison is Baldur’s Gate 2 (did I say it enough in my review yet? Just in case: this game reminds me of Baldur’s Gate 2), and that’s a very big honor and a very big burden to bear.