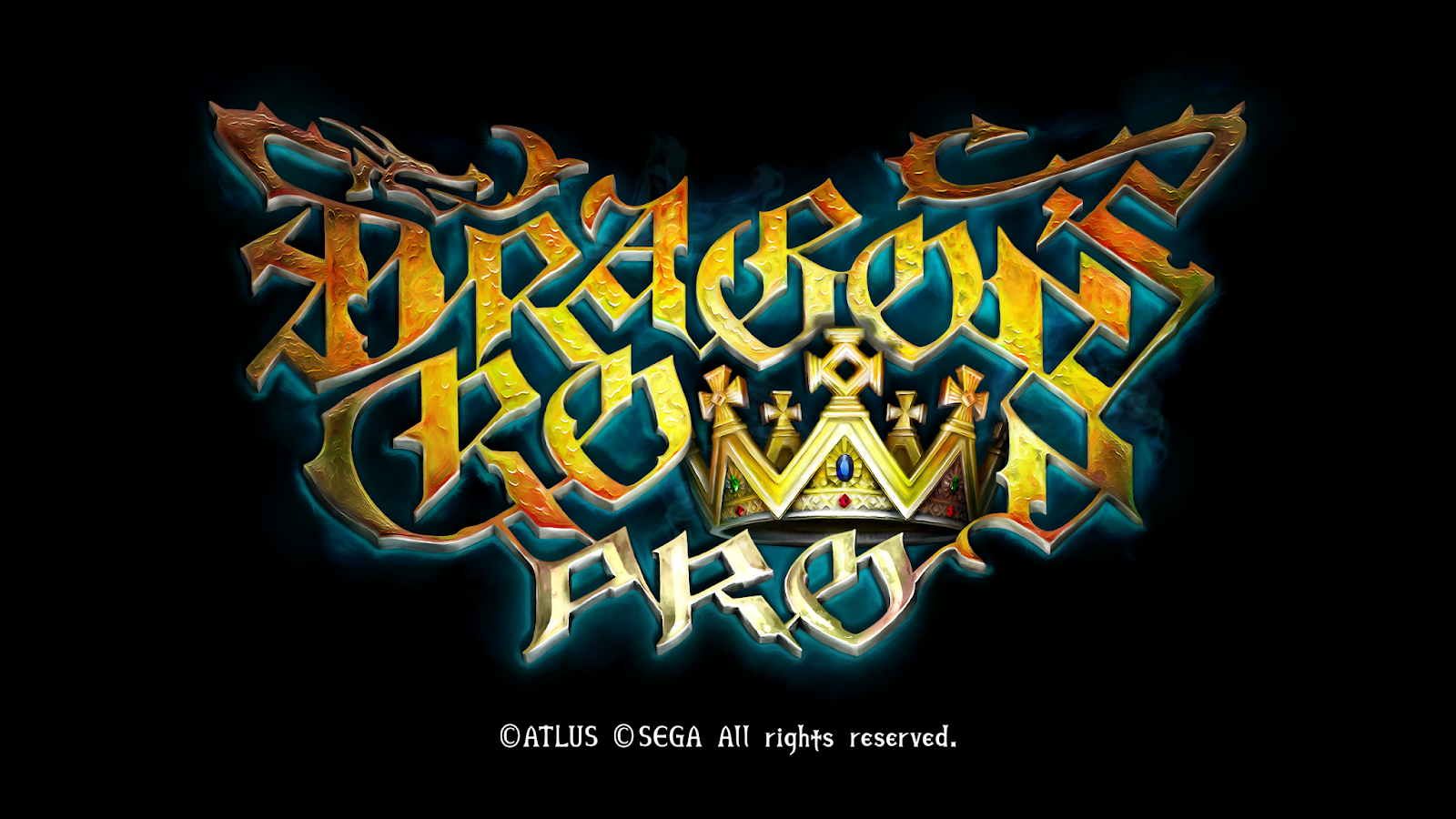 Following Vanillaware’s port of the spiritual sequel to Odin Sphere subtitled Leifthrasir from PS3-4, Dragon’s Crown has received the same treatment and is also being released on Sony’s newest platform under the Pro subtitle. With many small upgrades under the hood, we are invited to rejoin the visually satirical mighty and magicked cast as they adventure for the titular treasure known as the Dragon’s Crown.

The revamp, titled Dragon’s Crown Pro is interesting because, unlike Odin Sphere, nothing has changed. There are still the six characters available which personify their classes with wonderfully exaggerated physical proportions and each still have their own skills and their equipment restrictions. There are no new modes. There is no new content. But it does one thing that many other re-releases do not: Dragon’s Crown Pro is not only revamped on the newest system and performing absolutely smoothly compared to the PS3, but both the PS3 and the Vita versions will be forwards compatible!

For those poor souls who do not already own this fantastic title here’s what you can expect.

Starting off inside a pub, as all good adventures do, you can choose from one of the six available classes. There are two full melee classes, two that concentrate on skill rather than might though they are just as strong (in nerd speak glass cannons) and finally there are the spellcasters. Each is labeled for their respective difficulty level to use with the Knight being the easiest and the Sorceress, aka the Necromancer as she raises the dead, as the toughest to use. Once you’ve chosen your class, name, colour palette and a message seen by players who can resurrect your dead, magnificent corpse in their own worlds to use, it’s time to grab your thief and head out. 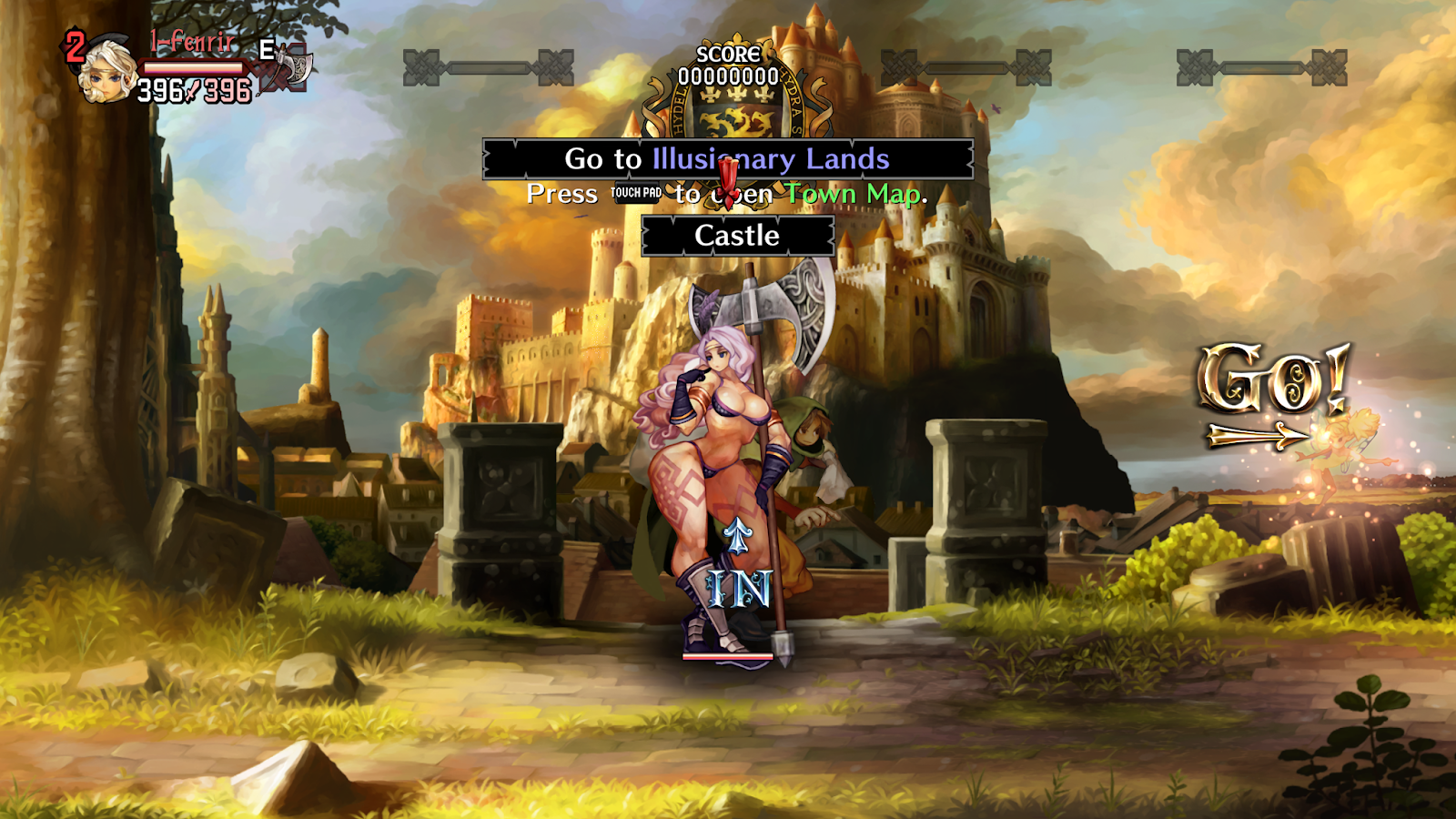 Visually Dragon’s Crown is just as pretty to look at as a re-release now as it was when it first came out in 2013. What really aids the visual presentation however is the power under the hood of a PS4, and in my case, a PS4 Pro. Because of the added system power you no longer experience the slowdowns caused by having too many enemies or effects on screen other than the occasional boss dying animation trying to catch up because you killed it too fast (cough).

All of this power also contributes to the splendor of one of the most enjoyable facets of this title which is the stellar art that is used for the graphics. Dragon’s Crown isn’t made of some quickly thrown together sprites but instead serves your eyeballs a much more refined, hand-drawn style. Character models as well as the variety of enemies and locations are all amazing to look at whether it’s the first, second or hundredth time that you pass through a location. Regardless of their eclectic gameplay styles over the years, Vanillaware truly know how to craft a unique visual landscape. However, don’t let the shiny look fool you, this game isn’t some functionless piece of modern art.

Just because it’s amazing to look at, doesn’t mean that Dragon’s Crown isn’t a hell of a lot of fun to play. While each class has their own specialties, they all share certain game elements in common such as their movements, the dodge mechanics and the item utilization. At its core, Dragon’s Crown is a brawler that uses RPG elements in the character leveling and skill point mechanisms that allow for a variety of customizations. Characters can be completely different in the beginning but through skill points they all unlock the same options by the end. If you get bored of cleaving mobs with a sword like Braveheart you can whip out your sneaky, stabby daggers for the final boss! You’ll have more than enough skill points for both the character specific and the common trees so you’re not stuck to the style of play you started with. Where things really get interesting in combat is in the showdown between might versus magic. Each melee class has a powerful ability in their arsenal that can be used by throwing their weapons at enemies or into the ground. These hail mary blows or shockwaves can turn the tide in even the worst case scenario, especially if you are under leveled. The only issue with using these abilities obviously is that you just threw your weapon. It’s a good thing that you have a set of fists and feet because you are going to need em!

Once you’ve thrown your weapon or have had it unceremoniously knocked out of your hands, you’ll see a cooldown for where your steel hit the ground. While that timer runs down you’ll have to brawl the good old fashioned way which is almost as effective as if you had a weapon. While you do less damage it does not mean that you are useless (at least not this time), just that you have to be a bit more strategic while waiting to get your weapon back.

Spellcasters on the other hand, will never lose their wands or their staves because they seem to be smart enough not to use them as projectiles. Because of this though, their skills in close ranged combat are not as effective and they rely more on the charging of spells and on the power of limited usage tomes for incredible feats of magic. These tomes can either be bought from the local wizard or learnt by using skill points in order to obtain and power up the spells that you want to use (stay in school kids). The difference between these methods of acquisition is that anything bought from a vendor will have limited uses per dungeon and a set number of times they can be restocked while the spells bought with skill points will recharge after and be ready to go for the next time you enter a dungeon. This removes some of your reliance on the local wizard and his fickle inventory. Melee characters also have this ability though their skills are typically used less since they rely more on simply clocking people in the face. 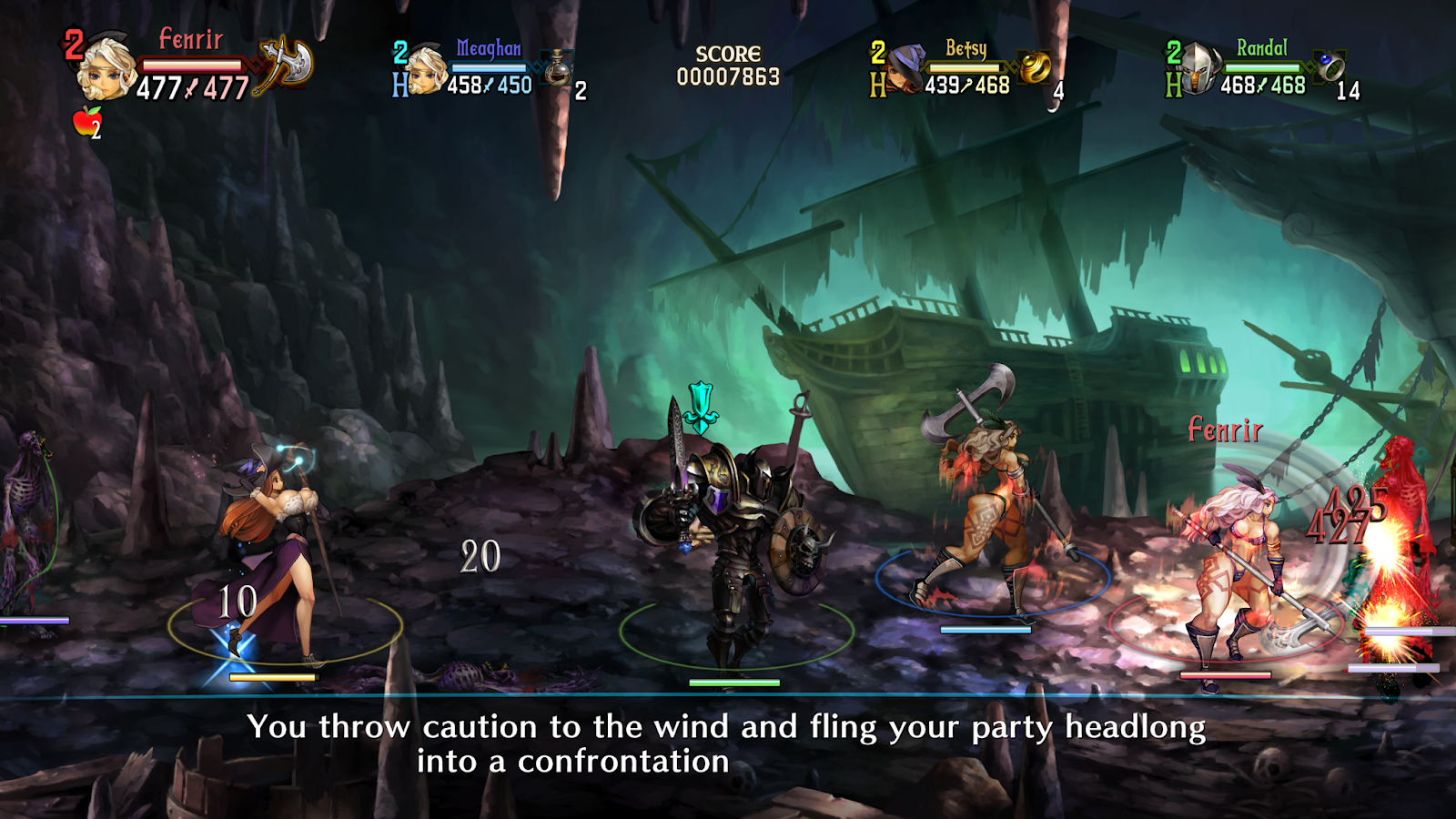 Where these skill point spells and abilities truly come in handy is in the setup of your various bags for adventuring. In the beginning of the game you will make frequent trips to the town where you can repair your weapons and sell your loot. As you progress, new areas are available in the combat zones opening up the world and prolonging your time in the field. Like a longer trip to the mall this forces you to carry more bags to hold your replacement gear and all the pretty stuff you pick up. Different routes contain different bosses and enemies to fight as you make your way to them so bringing weapon options and following the boy scout rule becomes essential.

At the end of each of these routes you will find a boss, a big bad, the mack daddies of evil. Not all the bosses are created equal though. The Monty Python Hare, while devastating in his own right, is nothing compared to the pissed off Red Dragon that you just woke up after punting it in the face with the challenge of “come at me bro”. The ability to choose your route and the eventual boss you must face is one of the shining points of Dragon’s Crown giving it a “pick your own adventure” feel. There are eighteen bosses to conquer before facing off against the final boss. They get tougher and tougher with every difficulty scale because where would the fun be otherwise?

This replayability factor is not just found in boss selection, it also surfaces in the sheer amount of quests that can be taken on that not only grant skill points for every character present, but also provides artwork that makes for incredible wallpapers either on your PS4 or your PC… or both. Quests can be anything from kill xth amount of a mob in a certain location to unearthing plans that happen to be hidden behind a wall that you have to blow up with a bomb. Don’t have a bomb because you don’t have a Dwarf with that skill? Then you better hope that you made the goblins drop one as you were raiding their fort. 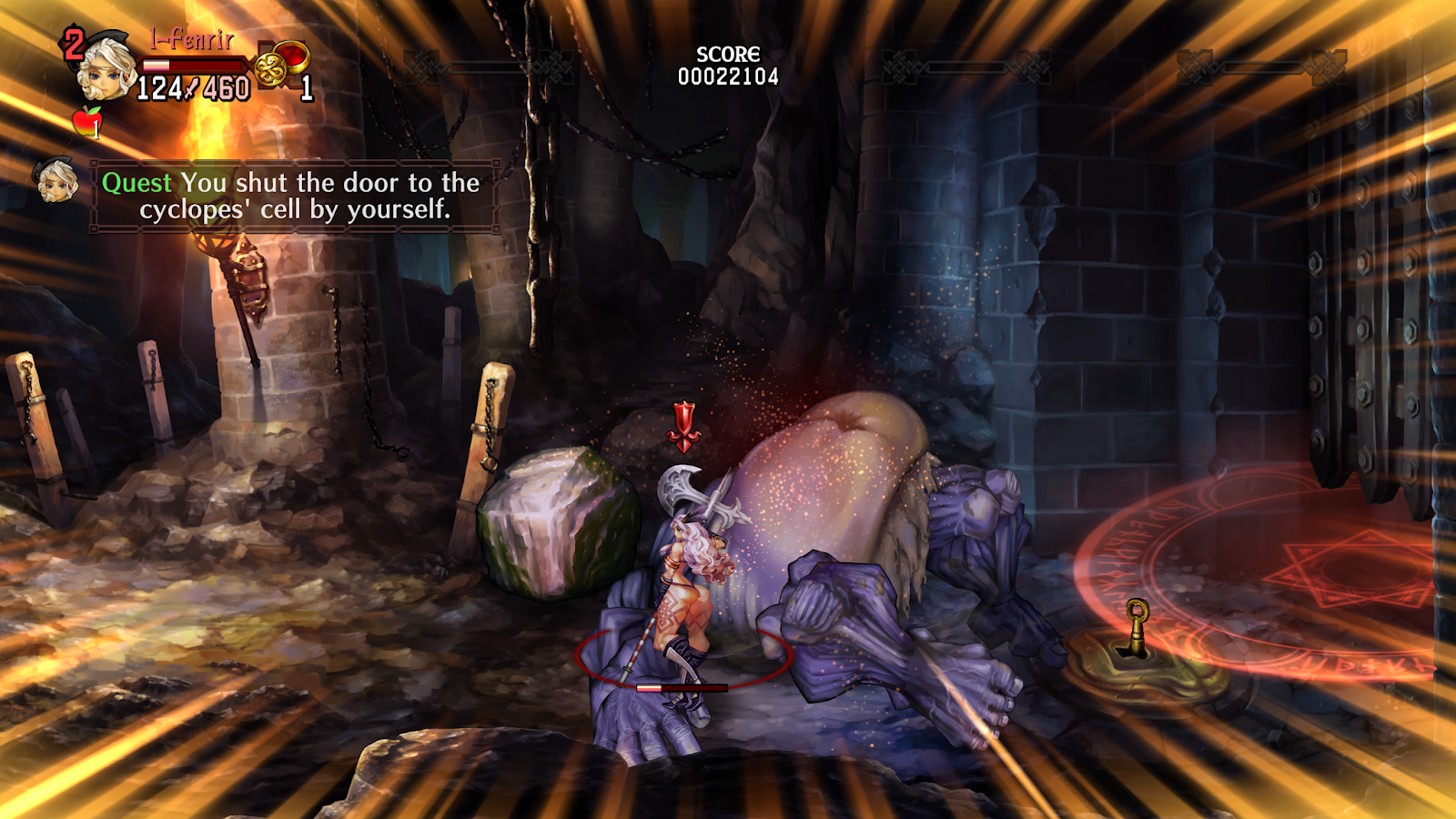 There are a few other elements that make Dragon’s Crown stick out in its class. For one, when it was released it featured a couch coop experience in a time where the idea of people playing the same title in the same location was viewed as taboo or so 1990s. It was online or nothing. Slight exaggeration but you get the idea. Players could actually get together in the same room and play together as long as there were enough controllers for the four of you, they could *gasp* socialize! Additionally, just because one person took a character / class, it didn’t mean someone else couldn’t. If you all wanted to be four Amazons, go for it. Three Elves and a Dwarf? Why not? It was entirely up to the players which significantly decreased the rate of ruined friendships as everyone got to play what they wanted and the loot is character specific.

Dragon’s Crown Pro is a prime example of what a couch co-oped remake should be like. The amazingly designed system is just as good now as it back back in 2013 and because of the newer hardware it runs even smoother. If you already have it? It’s really up to you but fans of the title will want to see this masterpiece in its new glory. For everyone else, Dragon’s Crown Pro is exactly what a Brawler should aspire to be with plenty of customizations and amazing artwork to go with it. 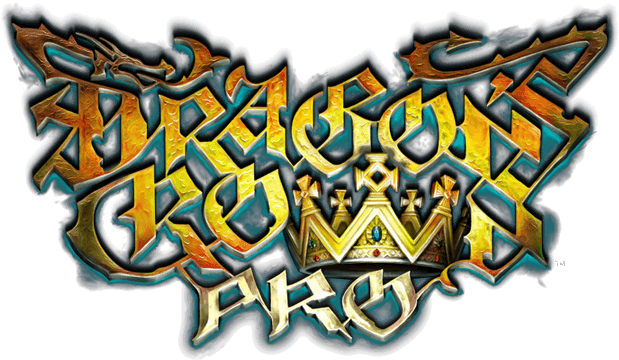