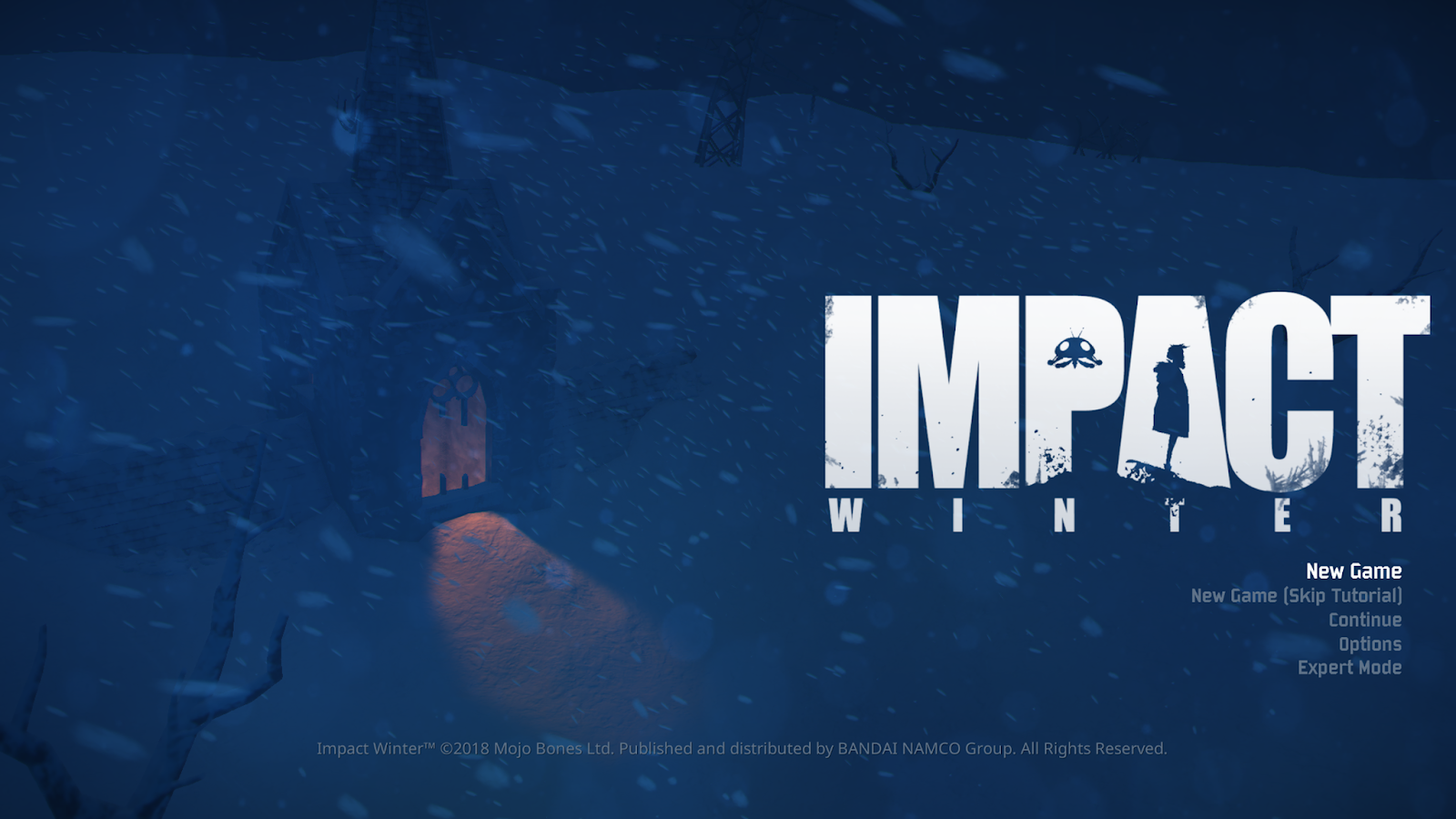 Impact Winter make me think a lot about home. While the scale may be a bit different, the types of crazy winters that we can have in Canada and the conditions required to brave the outside can be something else. Essentially trapped inside of a church for survival during an attempt to wait out a rescue after the impact of an asteroid, you’re going to have your work cut out for you.

Impact Winter imparted two separate feelings onto me. The first was that of calm. White fluffy snow is all you can see in any direction and the soft musical score in the background just allows you to quietly and relaxingly explore outside of the church.

The second however was one of stress. You only have so many supplies and there’s no chance of them lasting thirty days. You have four other people to worry about not only from a “are they well taken care of?” scenario, but also of “a are they going to kill each other?” if their arguments escalate while you’re out. The thing is you don’t know. The wind may blow either way just as it does outside when you also have to worry about not freezing to death because the wind just knocked the temperature down another fifteen degrees and the sun is about to set. 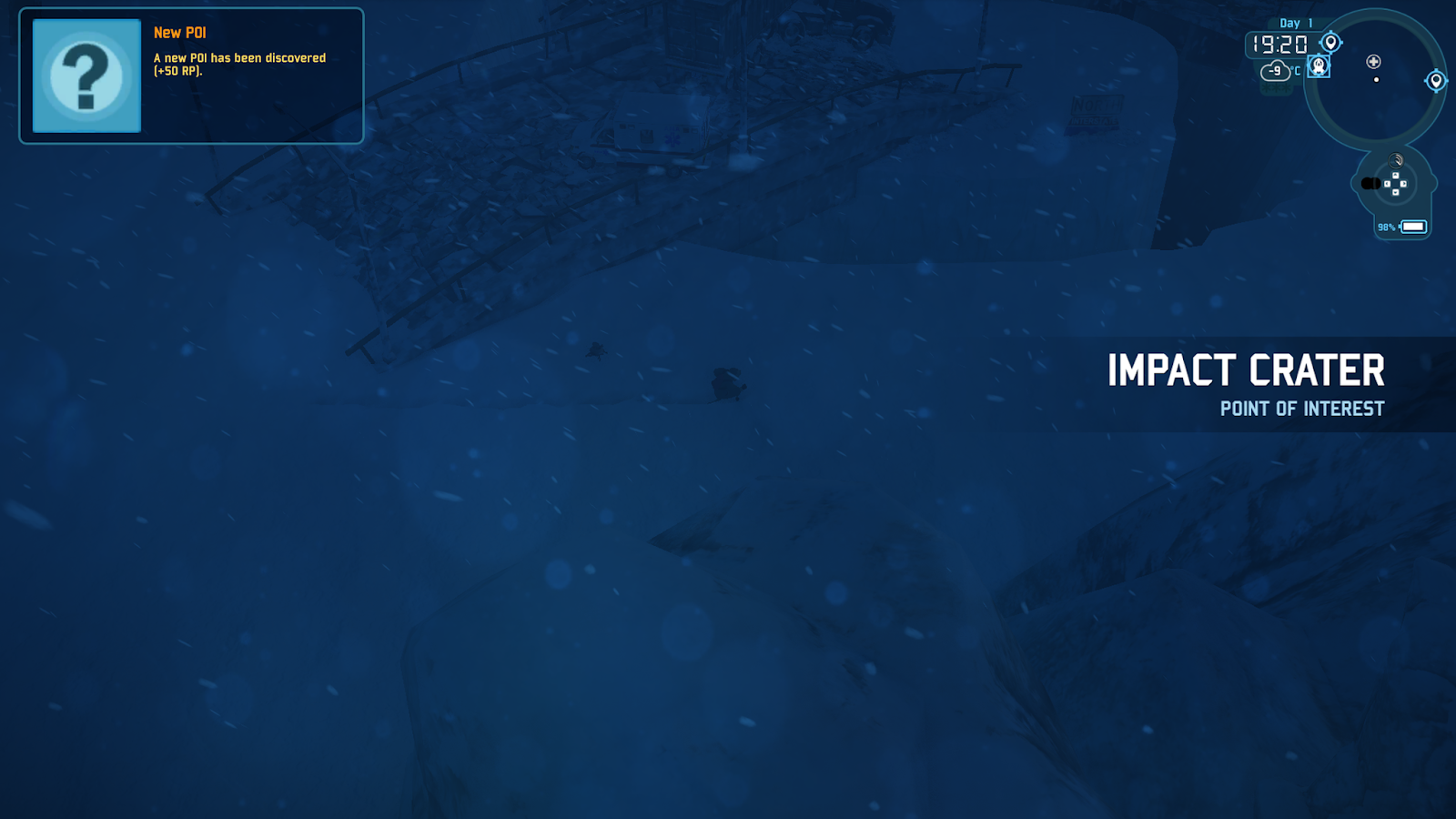 That is one of the main focuses on Impact Winter. You simply don’t know. The only certainty is uncertainty as each playthrough is different as you never know what you may find, who you may find, or what may find you. Let’s just say that bleeding to death because bandages couldn’t be found anywhere is not a pleasant way to go. I’m still angry at you damned wolves.

There are two major factors to consider both before heading out into the cold and while out in the cold itself. Before leaving you have to check up on your fellow survivors and make sure that they will be getting enough food and water in order to survive as you’re the boss and you’re the one in charge of rations. More than this though is that by talking to your fellow survivors they can not only give you quests but items in order to help you survive just that much better once you leave the confines of the church. Tents, keys in order to bring something back that comes with its own amount of goodies on information on where to find what they need in order to in turn make your life easier. Once you’ve collected all of that, add a bit of fuel to the fire, which can only be fueled for a total of twenty four hours, and then head out.

Once you’re outside there are a lot of choices that have to be made. Where are you planning on going and what are you going there for? You’ve only got two hands and your inventory space is limited. This took some time in order to drive home because I wanted to bring EVERYTHING back. Nothing is useless. Everything that you come across can serve one purpose or another. A must to carry though are pain killers and bandages as you have health and if something attacks you, you may have to heal yourself before you bleed out on the ground. See previous comment about being angry at the wolves. 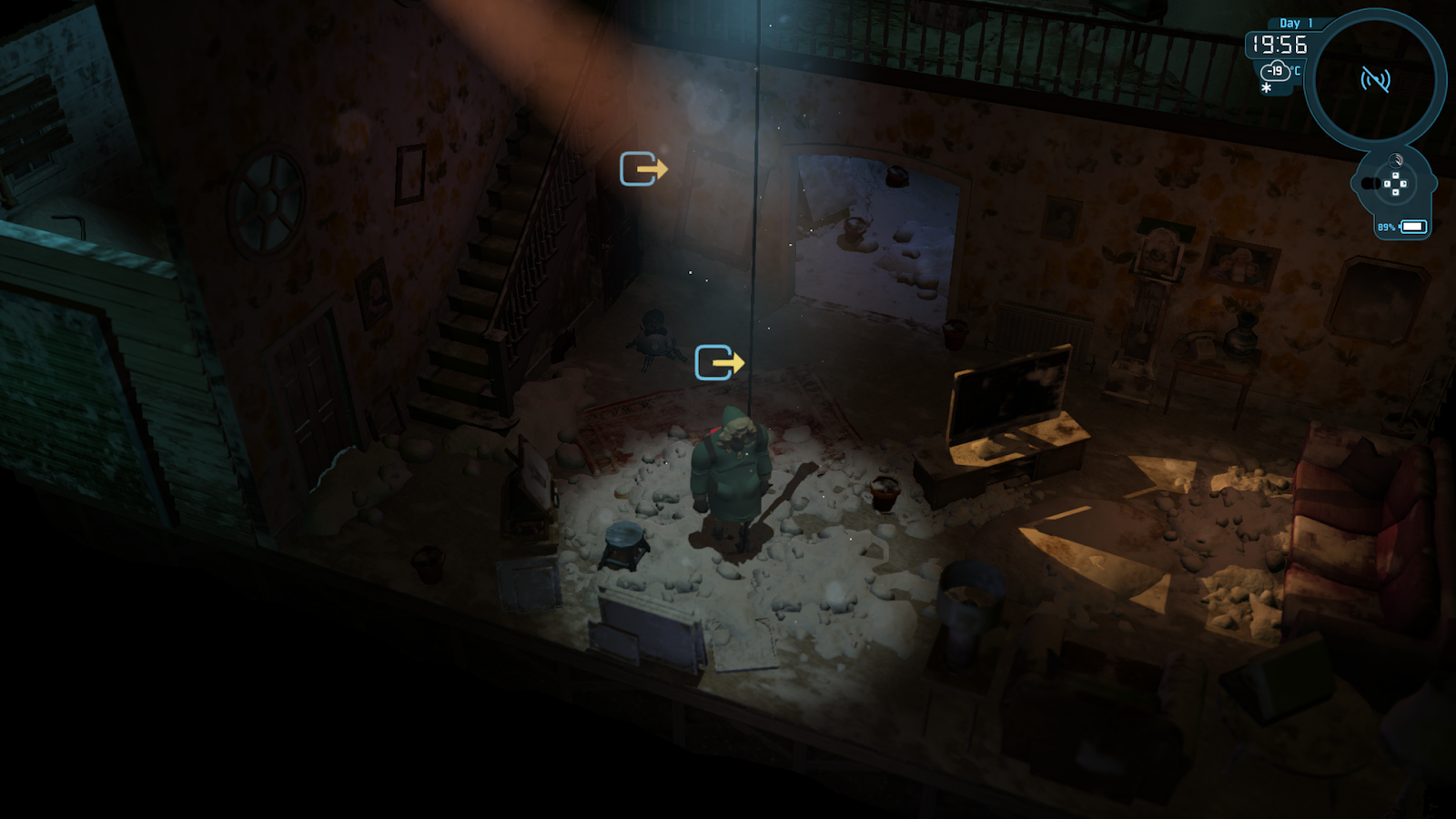 While I did enjoy my time with Impact Winter, it does have some issues. For example, and probably sounding like a broken record, those damned wolves were at the center of it. Coming across a new set of houses to explore I was chased by a pack of wolves wanting nothing more than my non-frozen corpse to eat for lunch. Well the first time it wouldn’t have even happened but now and again, as it’s not constant, when being chased you may not be able to dive into the safety of a nearby building. This can cause you to get injured and if you don’t have what you need to heal yourself, it’s only a matter of time until you die. Which leads into the next issue.

You can only save while you sleep. The reason that this is an issue is that there are some things that you consume which will bring your energy back up making it that you’re not tired enough to hit the sack. This means that as long as you are running around with over eighty percent? Saving isn’t a possibility. Also because of the nature of it, you could be going in and out of various places not thinking about it, eating or drinking enough to keep you going and then BAM. You die. Well if you’ve never slept that’s going to be bad but if you slept a few days back in game, it’ll still be bad enough. Relying on that sole mechanic instead of an autosave that would simply lock you into your bad choices may not have been the best way to go. Impact Winter was a refreshing touch on the survival genre for me. While there are stressors, there are still relaxing elements making the experience enjoyable even while it’s out to kill you in the below zero temperatures that it provides to you.