comments Share
You are reading
Masters of Anima – PS4 Review 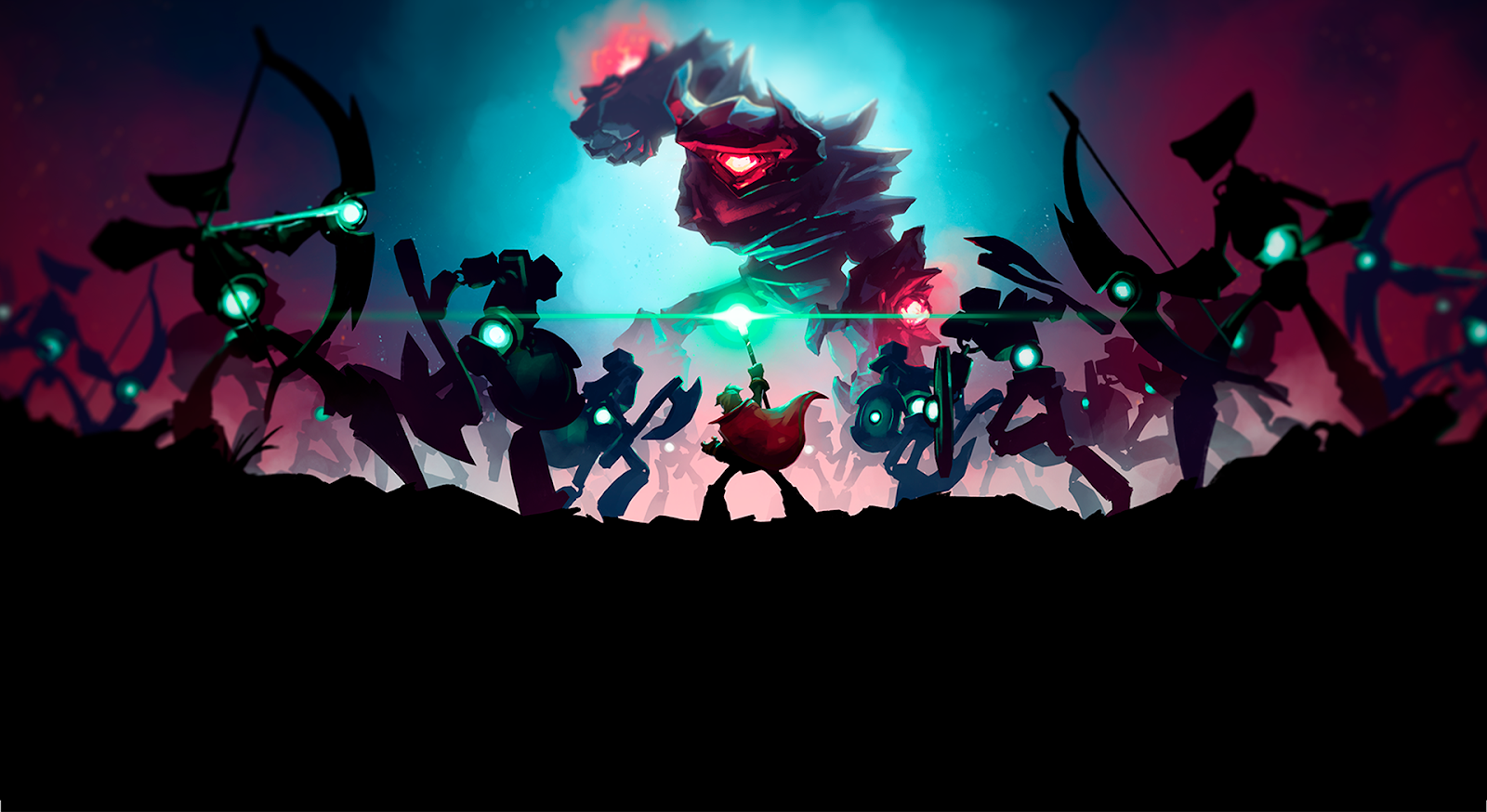 Masters of Anima is a combo RTS/RPG game in a third person isometric view available for consoles and PC. Since I am notoriously easily frustrated and significantly less experienced than my husband, I let him handle playing this title while I sat back, ate popcorn, and offered unsolicited advice from over his shoulder. 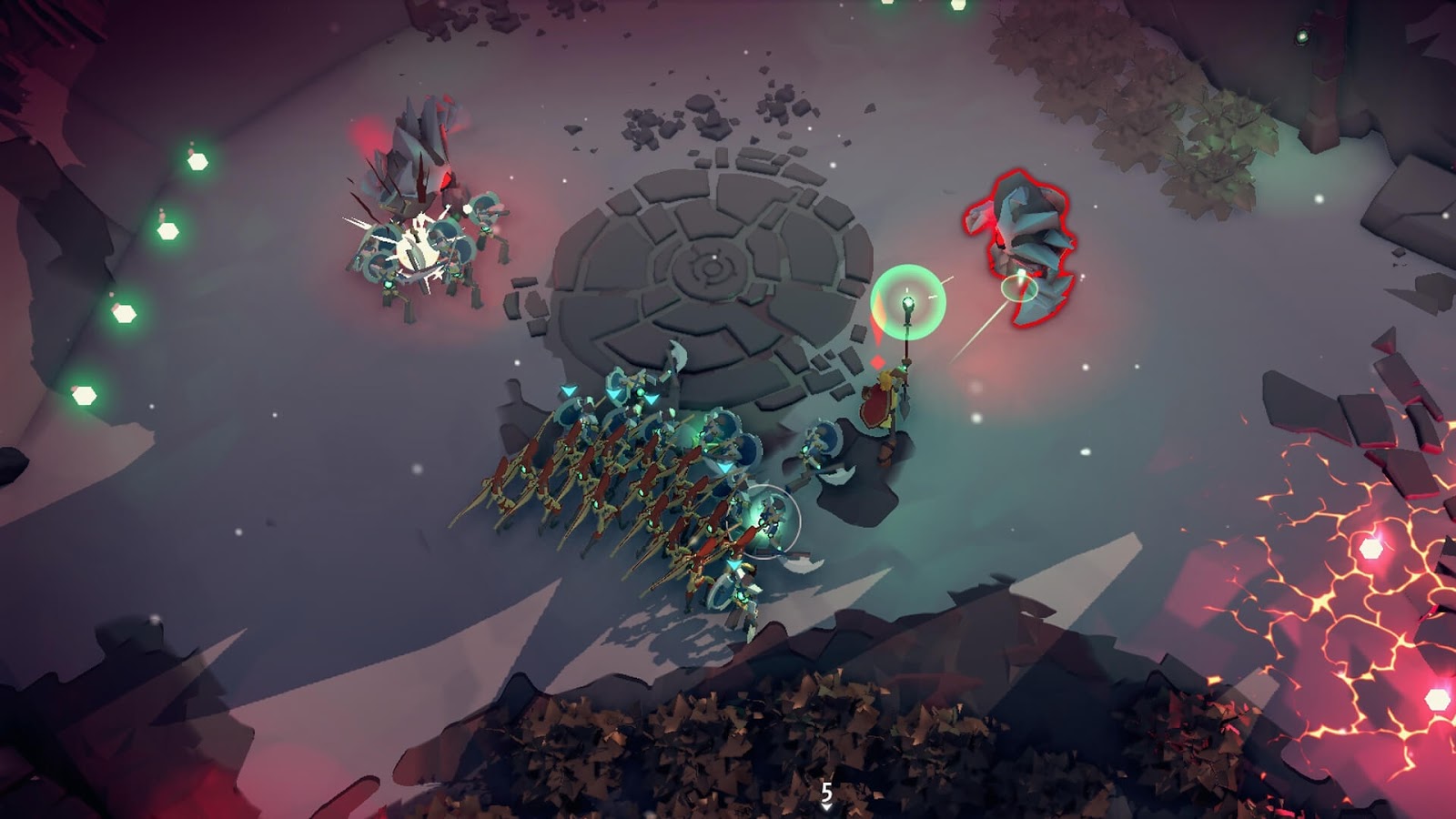 The intro explains the history of the world – but honestly, there is so much exposition that I only remember pieces of it. From what I recall – there’s an angry volcano that is no longer impressed with its tributes and as a result has descended its wrath upon the world. According to Pierre-Yves, a lot of problems could have been solved if we had just bought it chocolate and flowers – and he is probably right (Editor’s note: Of course I am!).

The voice acting will either impress you (as in the case of Pierre-Yves) or make you groan/sigh in exasperation (as in my case).

The cell-shaded graphics are really well designed and I really appreciate the attention-to-detail on the little imperfections. For example, every once in awhile when you are walking around with your minions (AKA Guardians, more on that later), one or two may lag behind or be slightly separate from the perfectly aligned pack – making them less of a hive-mind and more like a group of unique individuals. It’s cute. 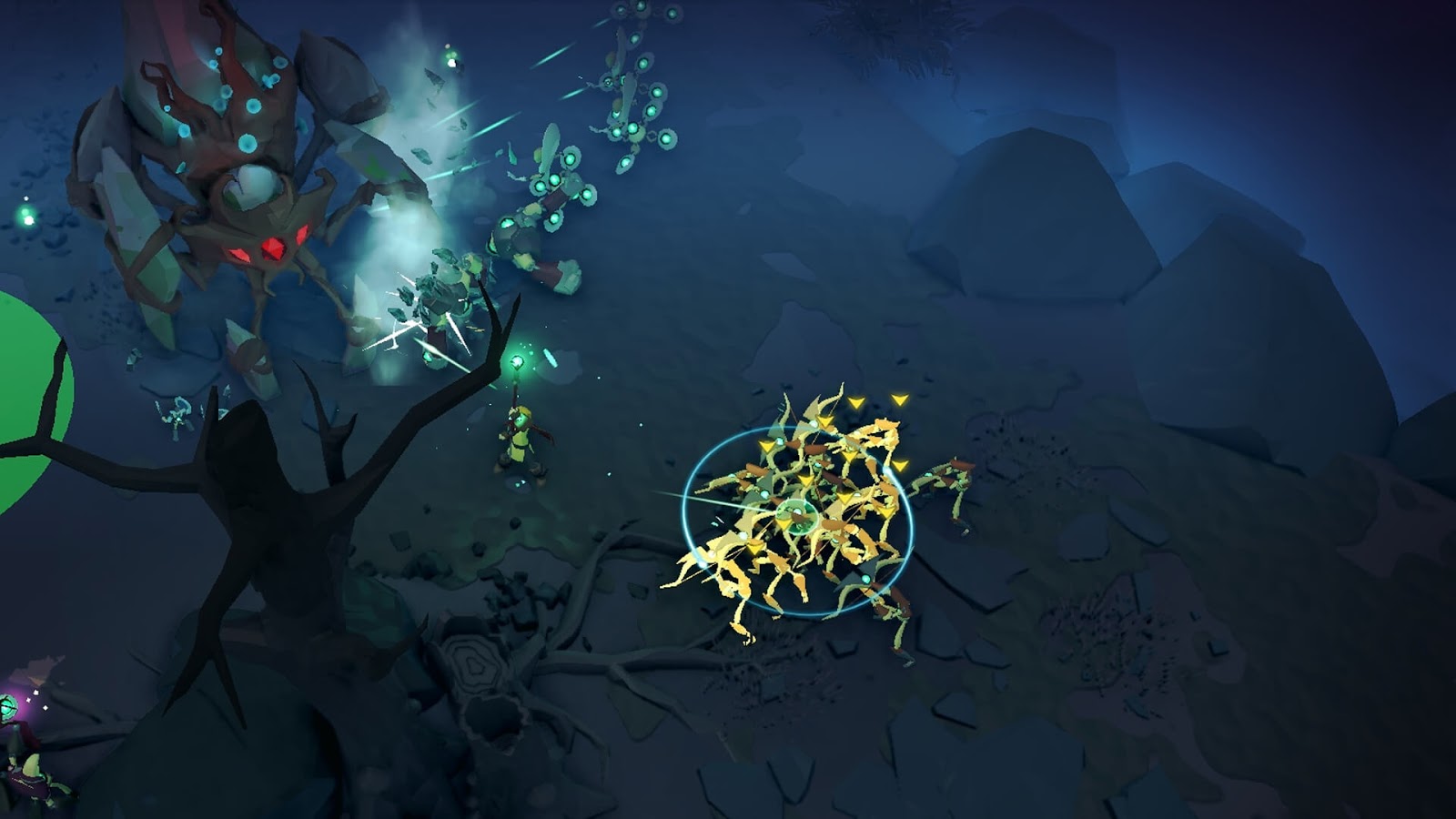 You play as Otto, a slacker fiance to the leading expert in Anima summoning. I immediately pointed out that it would have been super interesting to offer a co-op playthrough with one person controlling Ana, but *spoiler alert*, that totally isn’t possible – more on that in a moment.

In order for Otto and Ana to get married, he has to pass his trial to become a Master of Anima. This first seems pointless considering his future-wife is already the most powerful summoner in the world, but despite this, I really enjoyed that they seamlessly integrated the tutorial into the story this way.

Before you even have time to appreciate your success, an evil Zahr attacks Ana and tears her soul into tiny pieces for you to go find. So along with the angry volcano, Zahr just made this conflict personal (and I have to give props to Otto for prioritizing his wife’s rescue over saving the world). On this adventure, you learn that you have some skills that have previously been unheard of for summoners – like re-awakening shrines to learn how to summon five different types of guardians with different abilities (melee, ranged, etc). 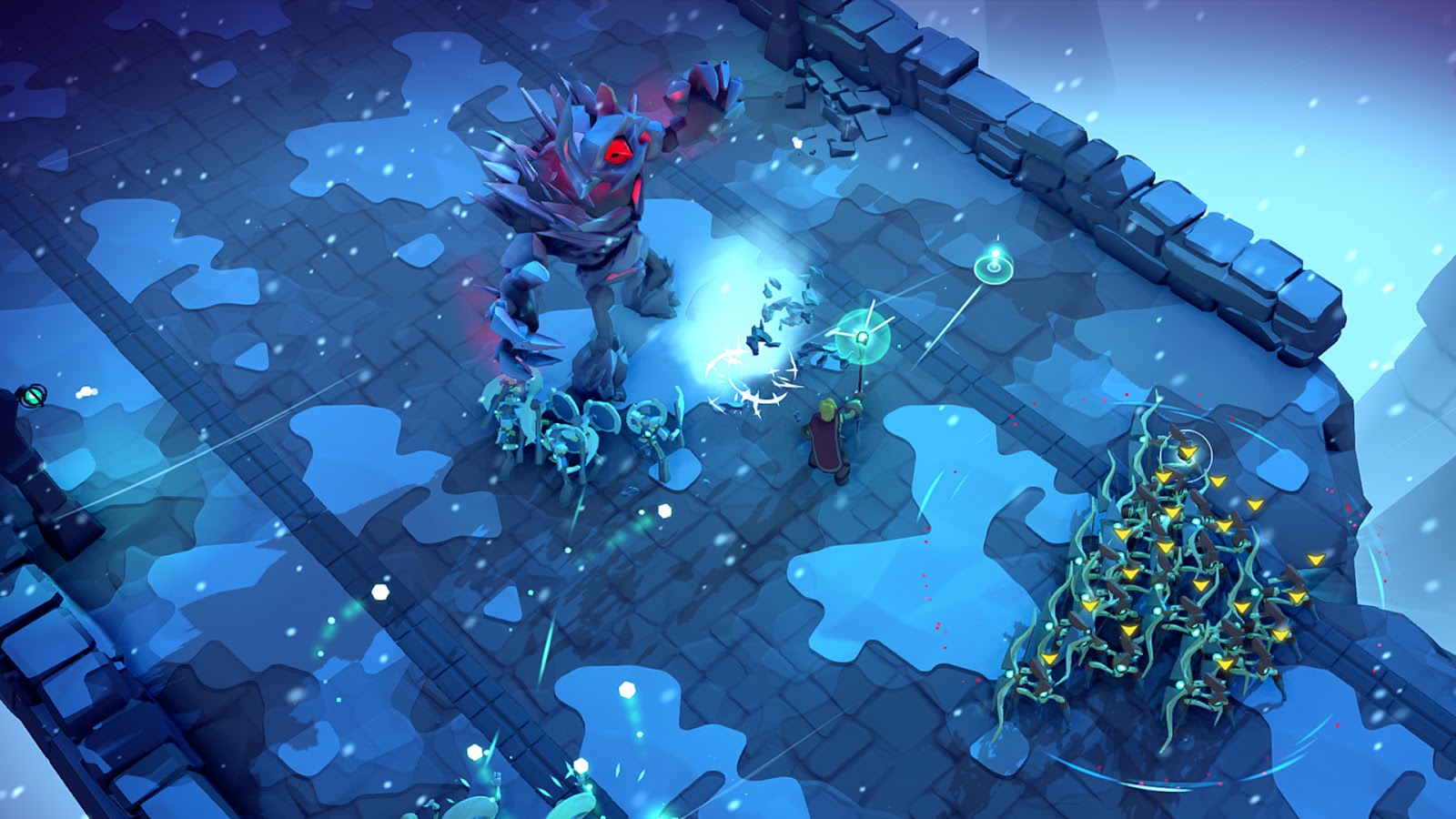 Anima can be collected from various sources – on the ground, from flora destruction, rebuilding shines. It is essentially mana used to summon guardians and issue battle cries to power up your guardians. Although you regain some Anima when you recall your guardians, it is never 100% of what it costs to re-summon them, so it is important to strategize. (Editor’s Note: Another factor to keep in mind is that if your Anima stores are full and you un-summon your minions, that Anima is lost)

The first level is straightforward and relatively simple. It gives you a chance to practice the basics of the gameplay. However the enemies beyond this level are significantly more challenging without any warning or time to progress. The learning curve is steep, and you definitely need to be prepared to die a few times while you learn to best way to get through each battle. I highly recommend mastering the battle cries, otherwise your guardians will be pummeled. 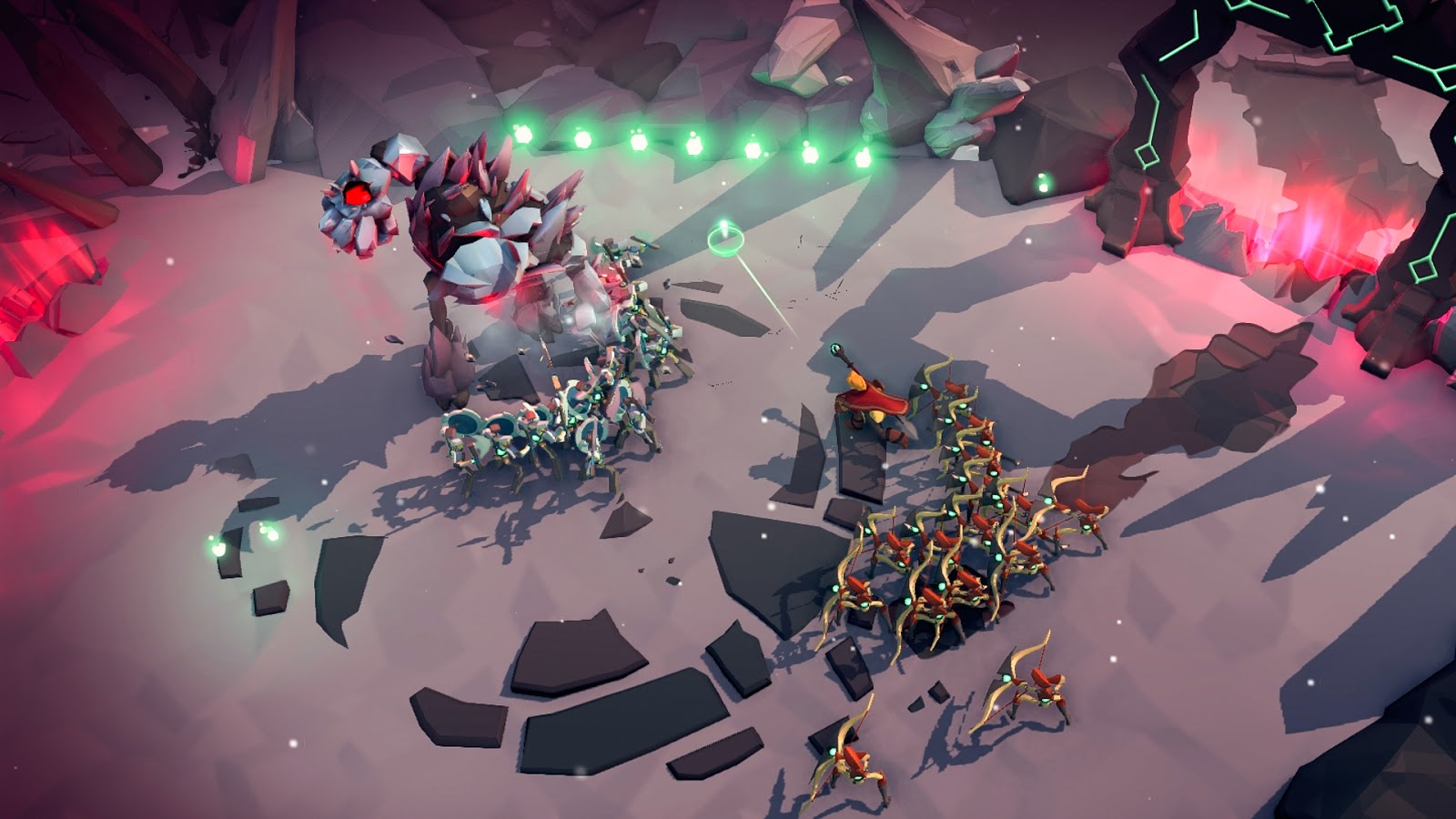 Otto’s melee attacks are pretty useless, so you will want to spend more time focusing on dodging attacks, replenishing your Anima and recalling your guardians out of harm’s way. My husband struggled to get past the first few over-powered enemies and almost quit out of frustration over this “unfair advantage”. I can’t really blame him – it would be nice to have some health regeneration over time in battle, especially since there is essentially a time limit on each enemy. If you don’t kill the enemy before the bar runs out, the enemy is granted super devastating attacks that become increasingly difficult to avoid. He regularly came very close to winning after a very long fight, only for the enemy to unleash a random super-charged attack rendering all his efforts worthless.

One of the major faults with playing on PS4 is that you can’t direct guardians to one area while simultaneously moving to another, more advantageous, spot in battle. This is likely possible on PC. In the game options, it is worth playing with the settings for Cursor Speed, Automatic Category Change, and Automatic Selection of All Guardians to see which combination of those works best for you.

Not only do you get to assign skill points to Otto when he levels up, you also get to add some really nice abilities to your guardians. Before you replay a level, you can also choose to respec at no cost – bonus!! 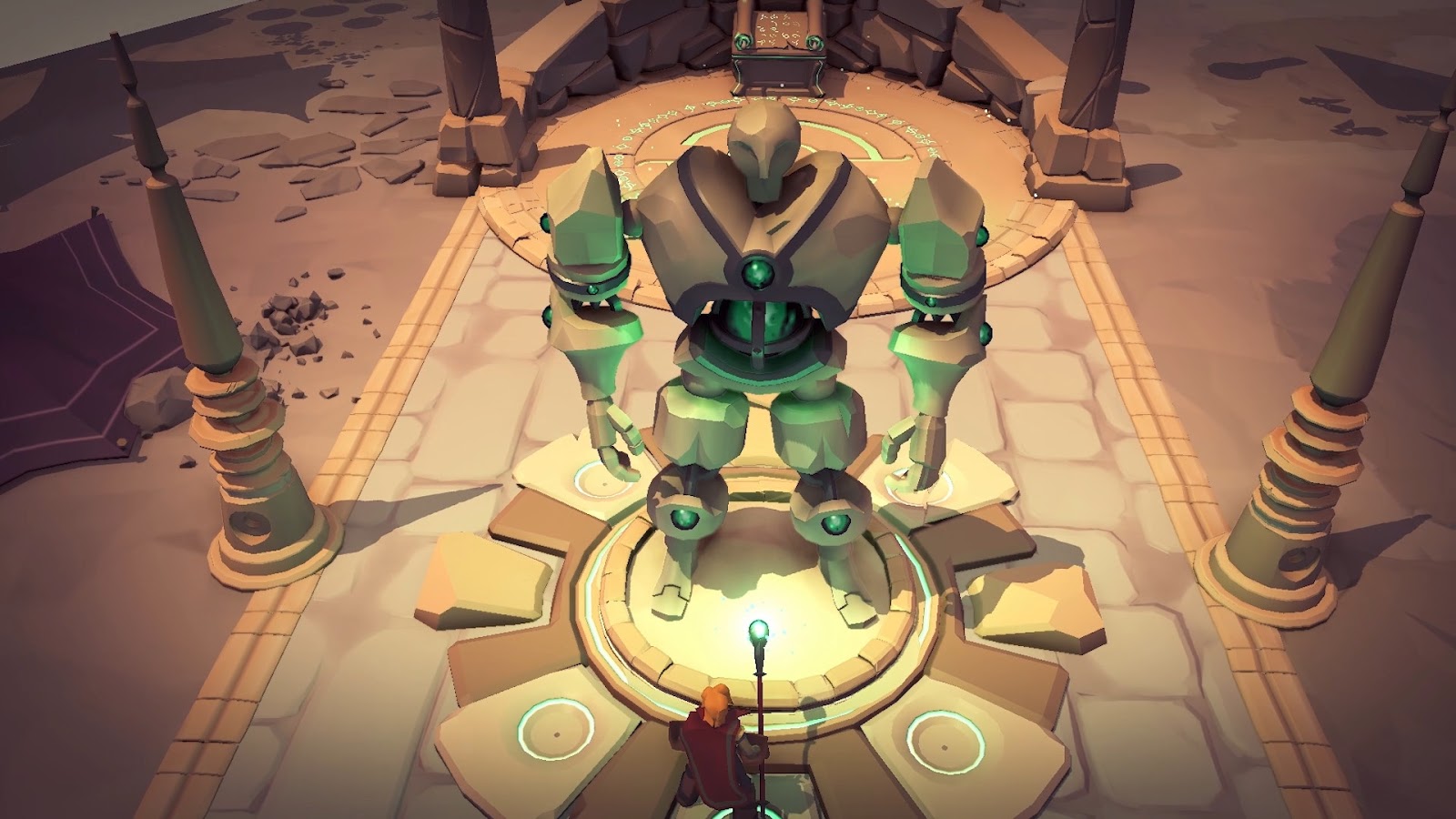 So after some discussions about how hard Masters of Anima was presenting itself, Lauren and I made plans to sit down to it together with her husband to go over it. I really need to state that if it’s a toss up between a controller or a mouse and keyboard? I’m that much better with a controller and that stands true even in a First Person Shooter. I can hold my own against those with a mouse and keyboard and even shocked some while I kept up or did better while playing Borderlands 2 back in the day.

To the situation at hand. Masters of Anima is brilliantly designed. You move Otto around and can pummel enemies like you would in an Action Adventure title all while performing resource management in order to summon minions to do the heavy lifting. It made me think a bit of Monstreal’s Borealys Games’ Mages of Mystralia with less personal magic in favor of summoning. This said, controlling Otto is easy. Controlling your minions? Not so much.

Controls for Masters of Anima are as good as they can be on a console but they really are designed for an RTS with a mouse and a keyboard. You can tell troops to move locations, you can split them up into smaller squads for pincer attacks and you can recall them all at the same time. The problem is that there are more options for controlling than buttons on a controller even if you start adding in elements like holding down R2 with another button or three. Lauren says I didn’t break a sweat but internally? I was drenched trying to simply not die or at least keep a few archers to chip away at a crazy optional mid-boss while I dodged in and out smacking him with a marshmallow roasting stick. Not even a standard stick.

In my opinion, Masters of Anima is pretty to look at and to listen to as I do love the voice actors chosen and find that they hit the mark. That said, I can see where the steep learning curves come into play and the controls on a console probably steepen that curve even further do to the lack of functions that would be granted by a keyboard alone. It’s fun but it won’t be for everyone. 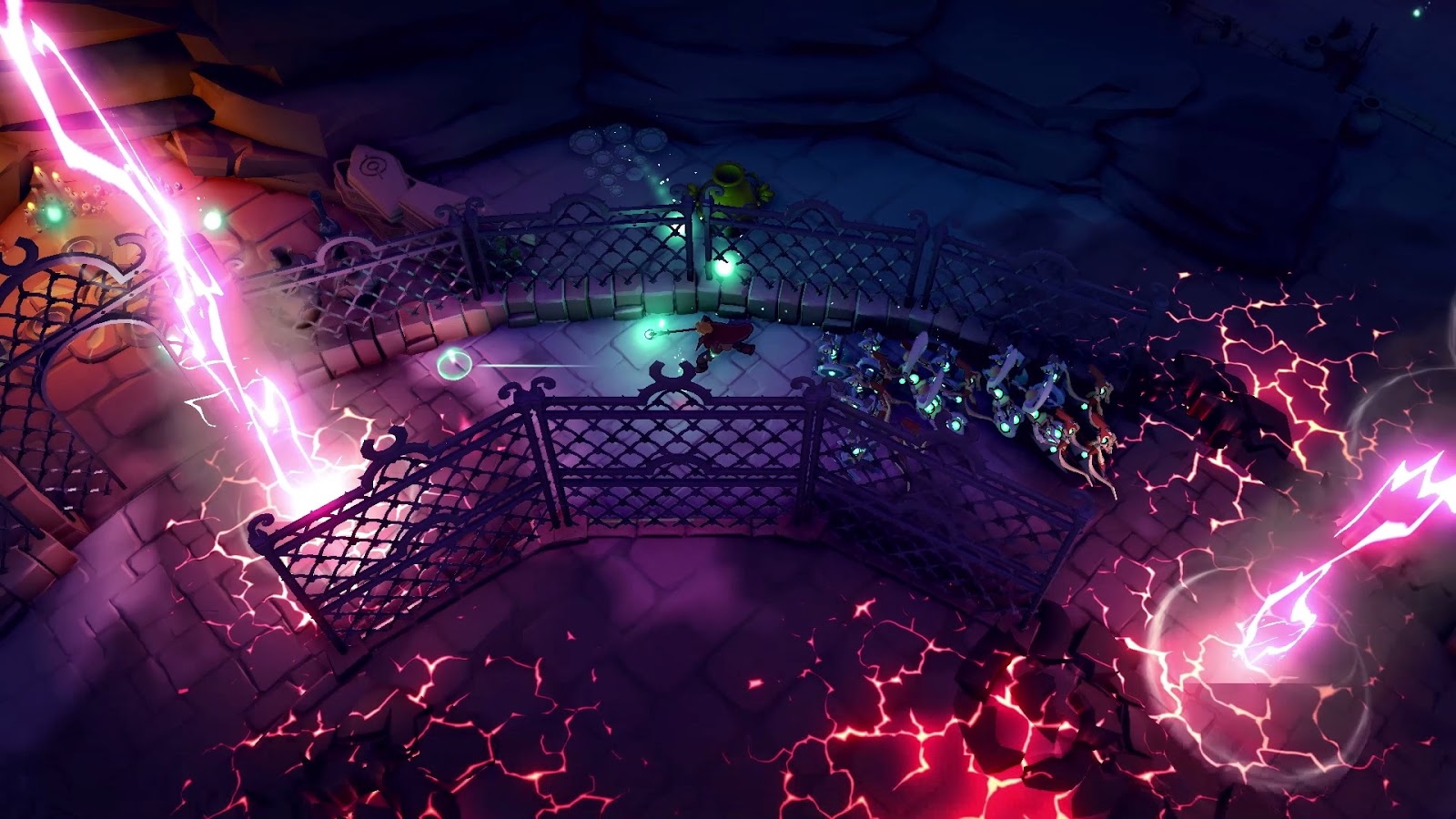 In hindsight, it might have been easier, or at least less frustrating, to play Masters of Anima on PC, given the accuracy benefits of a mouse and keyboard. If the learning curve hadn’t been so steep, I think we would have enjoyed the challenge that so many other titles lack. If nothing else, we definitely would have progressed further in the game. This is not necessarily a reflection of the quality of the game, but rather it could be related to our familiarity with a controller because Pierre-Yves barely broke a sweat when he played.

If you prefer to stand back and delegate various-powered minions to do your bidding, then this is definitely a title you want to check out!

Article by Lauren, her other half Greg and Pierre-Yves