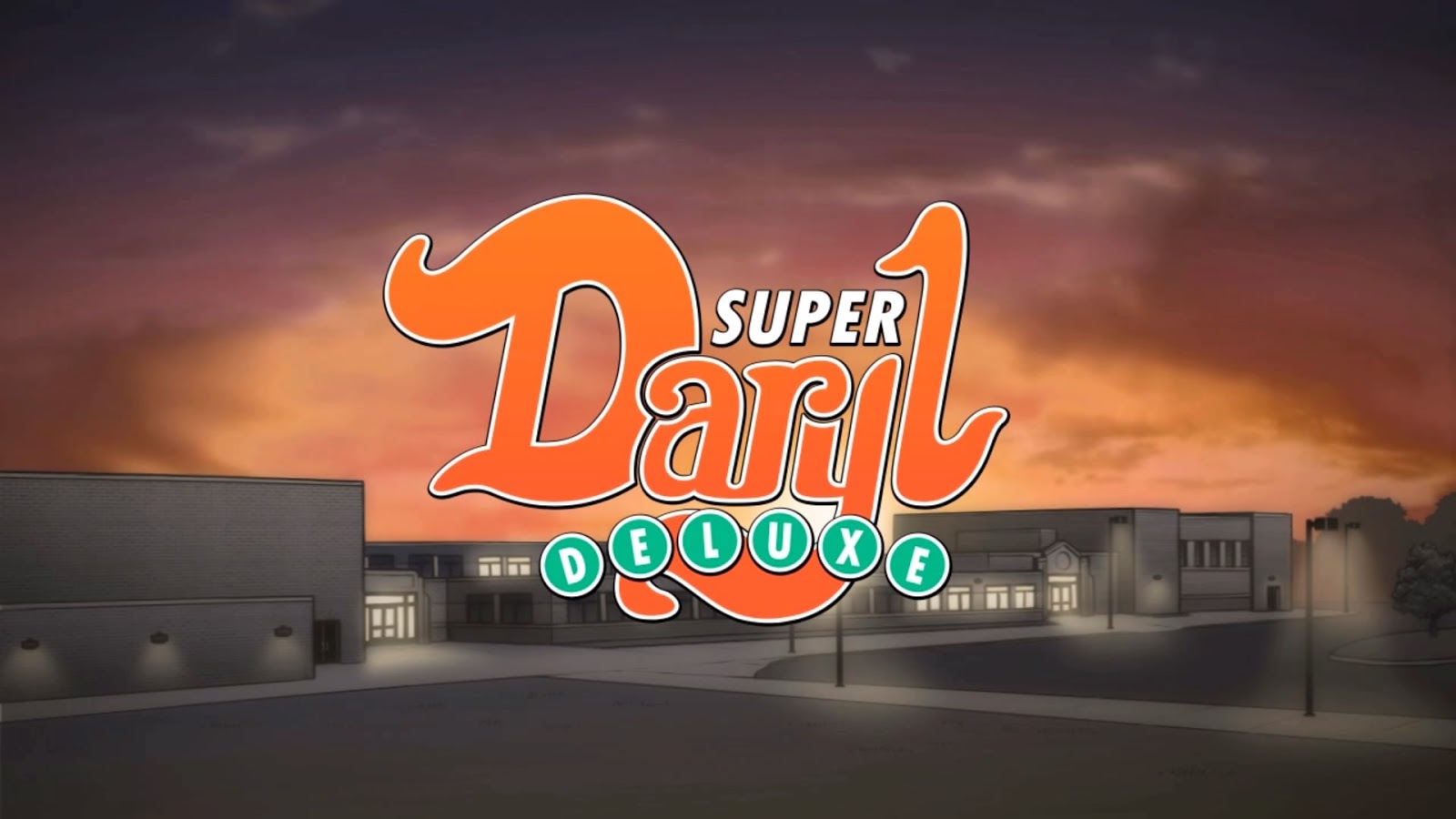 Remember those weird and awkward days of trying to fit in in high school? Well, they’re about to get weirder. And awkwarder. A retro style game about that crazy and scary period of time during high school, you can follow the poster child for weird and dorky, Daryl, as he tries to make sense of his teenage years. Also, dimensional rifts and brainwashing, strange creatures, and super powers.

Super Daryl Deluxe is a really great nostalgia kick, with an artstyle reminiscent of the Saturday paper cartoon strips, some oddly apt depictions of high school, and a side-scrolling beat-em-up RPG system that makes me think back to old arcade games. We join our hero (sort of) Daryl as he enters Water Falls High School where classrooms are being locked down, students are going missing, and multidimensional rifts are opening up.

Daryl has the lofty goal of making friends, and soon becomes embroiled in a contraband textbook war between his new “friends” and the local “black market” group. There’s delusions and role players abound, and weird monsters you can beat up for change. Pretty normal high school, really. There’s plenty of gags and humor thrown in, and pretty much every caste of high school groupies appear in some form or other throughout the game. So, while the butter knife of Damocles hangs over your head, Daryl sets off to make friends. Oh, and maybe save some people, we’ll see how that goes. 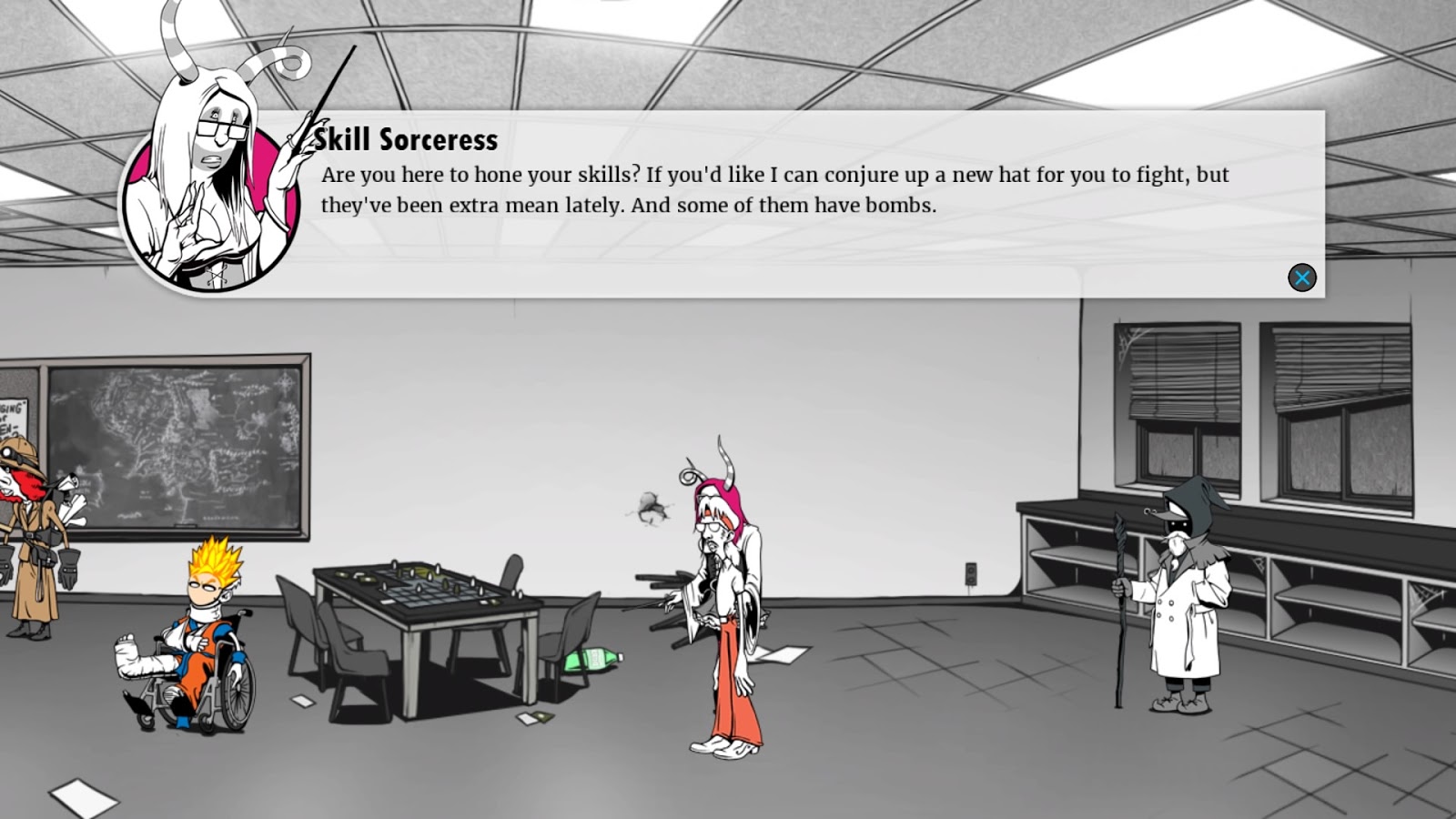 Super Daryl Deluxe is what I can only describe as really freaking weird. A good kind of weird, but weird nonetheless. In order to fight off the creatures from the science lagoon, Daryl needs to use special skills that he learns from pages from a book that brainwashed the world into “world peace”, which you can get by exchanging textbooks with your new business partners. You can have up to four skills equipped at once and each has its own cooldown and effective area of attack as well as effects which can be upgraded by earning skill exp which you get at the same time as the normal exp that you use to level up.

I really enjoyed gathering a bunch of skills to put together to see what my favorite string of abilities was. Super Daryl Deluxe is a pretty straight forward metroidvania, with a quest tracking system that will hold up to seven active quests that make tracking progress really easy, and a “quick map” that gets really handy when you forget where you’re going. You can collect some of the weirdest and most interesting equipment I’ve ever seen, and item drops from enemies are thankfully not as arse as I was expecting.

Unfortunately, the side quests do start to devolve into fetch quests that can get super annoying later into the game though the exp and money gained from them will generally keep the game from getting too difficult. The jumping can also get a little awkward for a 2D sidescroller, but for the most part you can get used to it rather quickly.

Side quests aside, there’s still a lot to love about Super Daryl Deluxe such as the music which is really good. The progression of my thoughts about the stage themes went something like this: This is really good, okay I’ve been listening to this for too long, this is getting annoying, this is actually pretty decent. I had a whole wrap-around about the stage themes after listening to them for too long.

I find it really hard to adequately describe Super Daryl Deluxe, because you’d be hard pressed to find something else that’s like enough to compare it too, or to truly describe the quirkiness of it. The game is really great, and while it does have some issues that a lot of games fail in, there’s a lot of positive too. Side quests are easily obtained and managed, the skill purchase and upgrade system is effective, drop rates from enemies aren’t 1% (monster hunters, I’m looking at you for those gems and palliums), the combat is fluid and the ability to devise your own combos is great to keep the game fresh.

On the negative side, side quests will start to feel like a chore eventually, getting better gear can sometimes be too far in between or a pain to get, there are enemies that can flinch lock you so easily you may cry, and the music may tend to start grating on you once you get lost in an area, but all in all there isn’t anything that’s a real turn off for the experience as a whole. Props to the developers for allowing you to re-fight bosses as well, I always enjoy seeing that in a game. 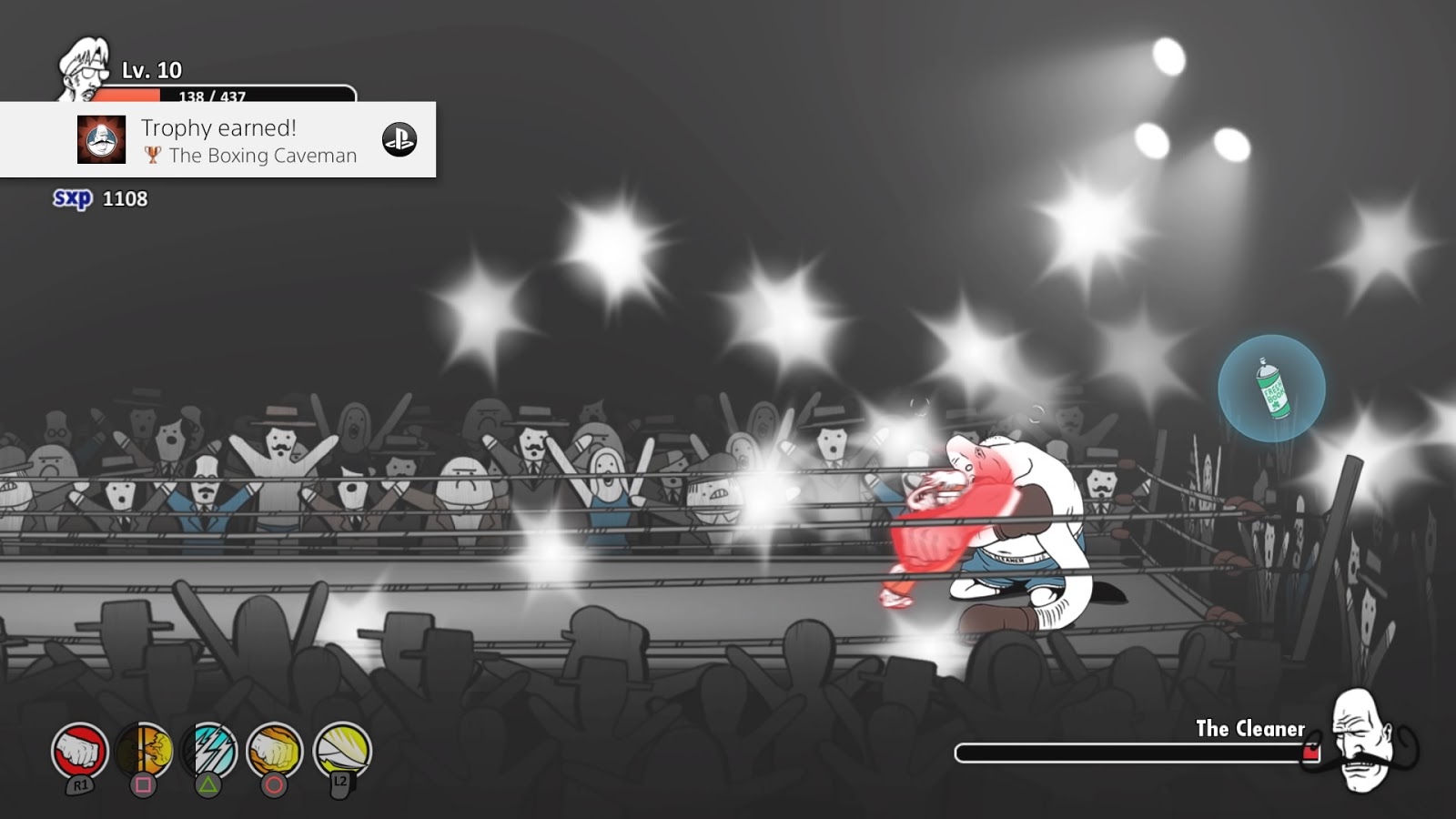 Super Daryl Deluxe is available on Steam and PS4 for a pretty decent price, and I really suggest checking it out, particularly if you’re looking for something new with a nostalgia kick to it. And if that doesn’t sell you, check out Daryl’s theme song, it basically sold me on the game straight off the bat.