comments Share
You are reading
Towards the Pantheon – PC Review 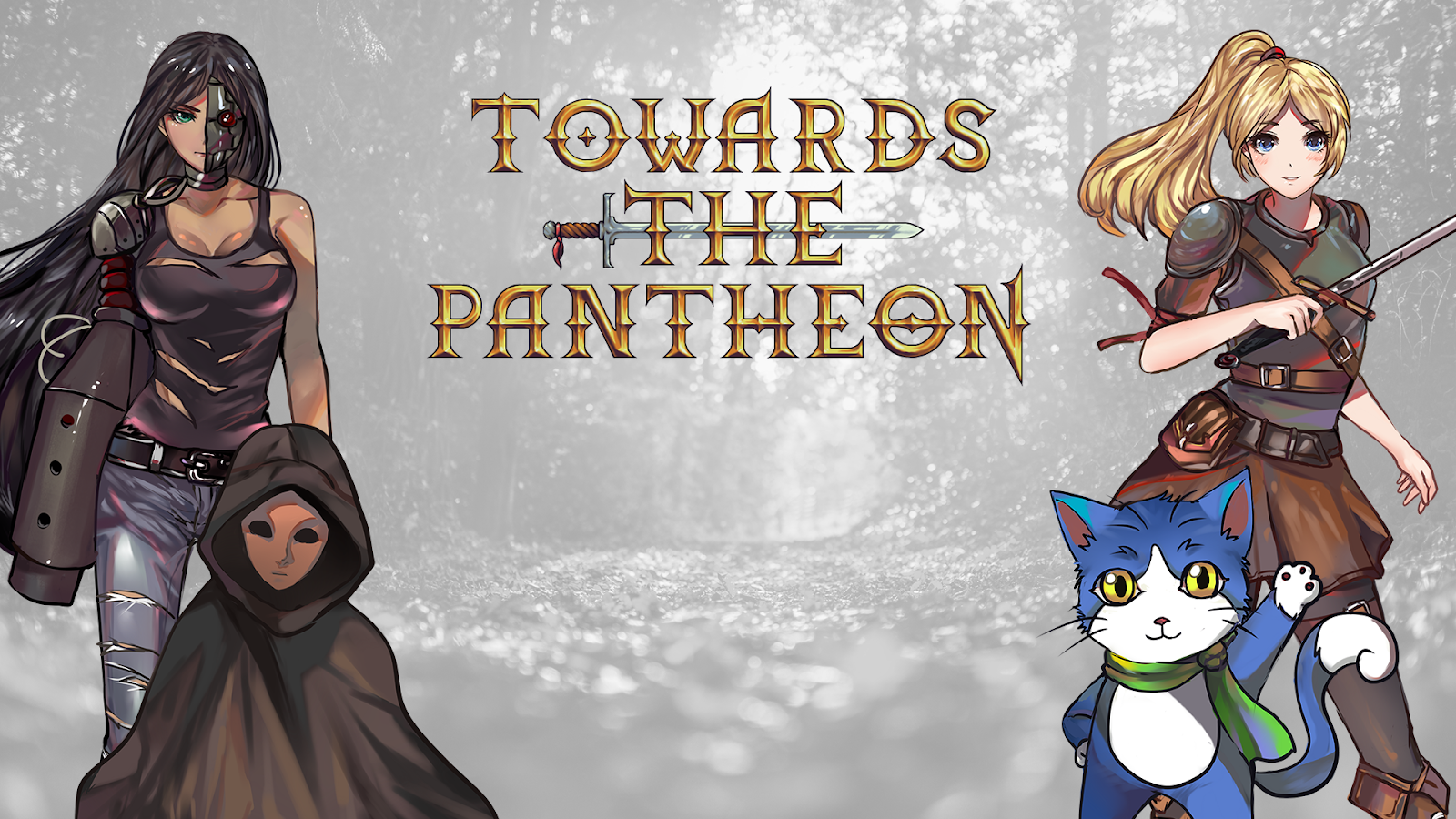 Sunday Bites. Quick, easy, to the point and just enough to tease you into your first Monday gaming review. Having first looked at Towards the Pantheon though it’s prequel story Escaping Eternity as a Sunday Bite, I already wanted to know more. Now having had more and the time to think about it? Here’s is the full release and one of my Game of the Year contenders.

It’s no secret that I hold Indie titles of this grade in high regard. While game developers come in all “shapes and sizes”, the bigger they get, the more that can often get lost along the way. Smaller developers such as Connor have to put in a lot more effort to get moving as often they don’t have a very big team, or in certain cases of other titles that we’ve covered, a team at all. Having constructed everything from the ground up, the attention to detail as well as the crafting of the experience is clear to see.

Towards the Pantheon is the adventure of four individuals who meet by happenstance. Sound a bit familiar? In a lot of cases it would be however the setup political climate puts the odds completely against them coming together. Sent off from her village to seek out aid for her coming adventure, the mute warrior Freya heads to the snowy lands in order to find Bam the Cat. 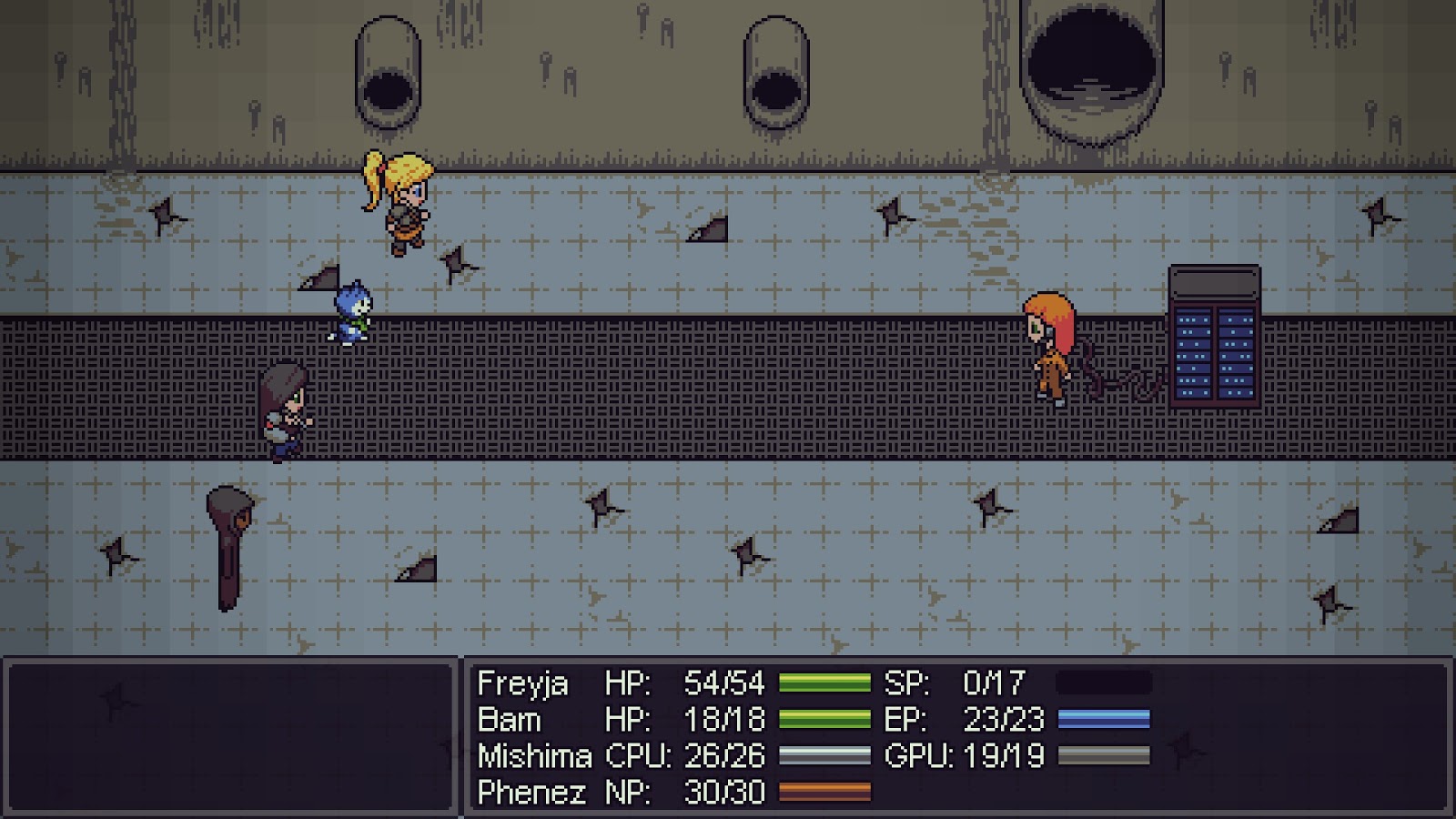 Once together though they set off towards the pantheon in order to put a stop to the tyranny of The Sworn Light. It’s at this point that the adventure really starts to show its true colors. I mean that statement both literally and figuratively. The color pallets for the environments are amazing to walk through. Each area is designed to carry its own look and feel as you travel through bright and colored forests or the dead wastelands of the undead. While you’re doing either of those treks however there’s having to deal with the monsters in between which can game over you faster than you would think.

Towards the Pantheon can be hard, and in certain cases because of stunning, unfairly so. I got to see the wonderful game over screen multiple times before acquiring the other two members of my party because of stun effects. Moving on however, short of being stunned, the battle system is designed very well. Each of your four characters are unique and use abilities that are only available to them as to never have any crossover making one character redundant or unless to another.

Freyja is basically a badass Valkyrie with sword, axe and bow acting as the party’s tank. Bam is the healer and while he is pretty useless physically, his various healing abilities more than make up for it. That said, unlike Freyja who uses SP that accumulate per turn to use her more powerful abilities, Bam has to take a nap in order to restore his. Adding in Mishima the Electropunk, basically humans gone cyborg, all of her abilities use her CPU (HP) and her GPU in order to deal massive damage to multiple enemies at a time. Because her abilities use both, she’s essentially a glass cannon that has to restore herself often taking her out of the fight as her GPU restores itself with self applied maintenance protocols. 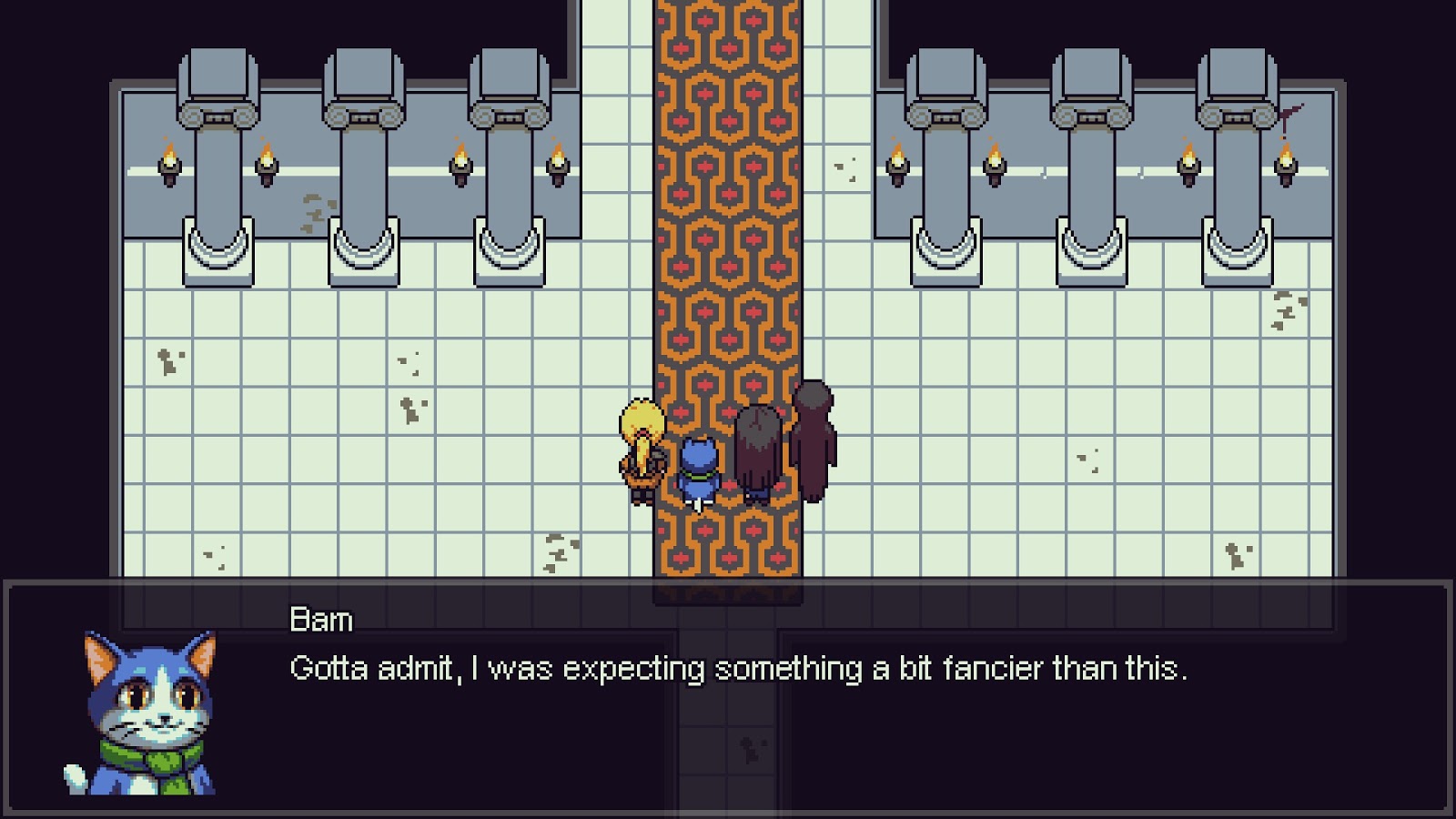 This leaves the last of the group Phenez who took his sweet ass time making into the adventure, but makes it right when he would be needed. Phenez is the protagonist of Escaping Eternity that gave up his life in order to become a ghost and travel back in order to make right the wrongs for a better future. This warrior who traveled through a hellish and horrifying environment is back and uses his own health in order to deal severe damage to single targets. What I loved the most was that even with one hit point left he could use the most powerful of his abilities as he was going to drop anyways. It truly showed his resolve after the horrors he went through… which are also back. Connor I don’t do horror games and you scared the shit out of me again!

Escaping Eternity was a puzzle horror show. The music, the graphics, the jump scares. It had it and it had it well. Well it’s back to the overall experience and damn is it good at it. It isn’t simply an add-on either, it fits in with the overall story and I truly appreciated Phenez’ remark of “not this place again”. Within this place specially, but also the rest of the world, you see the other strengths of the characters. Freyja is strong and can push things but she’s also the only one that can climb up ladders. Bam is small and can fit into tighter spaces in order to move forward. Mishima because she swapped her arm for a freaking plasma cannon, can hack electronic doors. Phenez being a ghost, can simply pass on by undetected to those standing guard. The abilities of each are needed to make it through and if you forget it at any point, you won’t be going far.

With the visuals, the gameplay and the narrative elements in place, the music was able to shine all that much brighter. Towards the Pantheon didn’t just have tracks made for cities and the various fields, it also had various battle musics for these areas and sometimes being just enough to add a forbidding ambiance to your party’s adventure. This is noticeable early enough on when Freyja first hits a cave with Bam and the music instead of hitting a whole other tune like it did on the field, takes just that much more of a tempo to stay inline with the muted colors and the darker visibility of the cave. The best of all the above though reins in the very last fight of the game that had me move up in my seat to finally drive evil home! 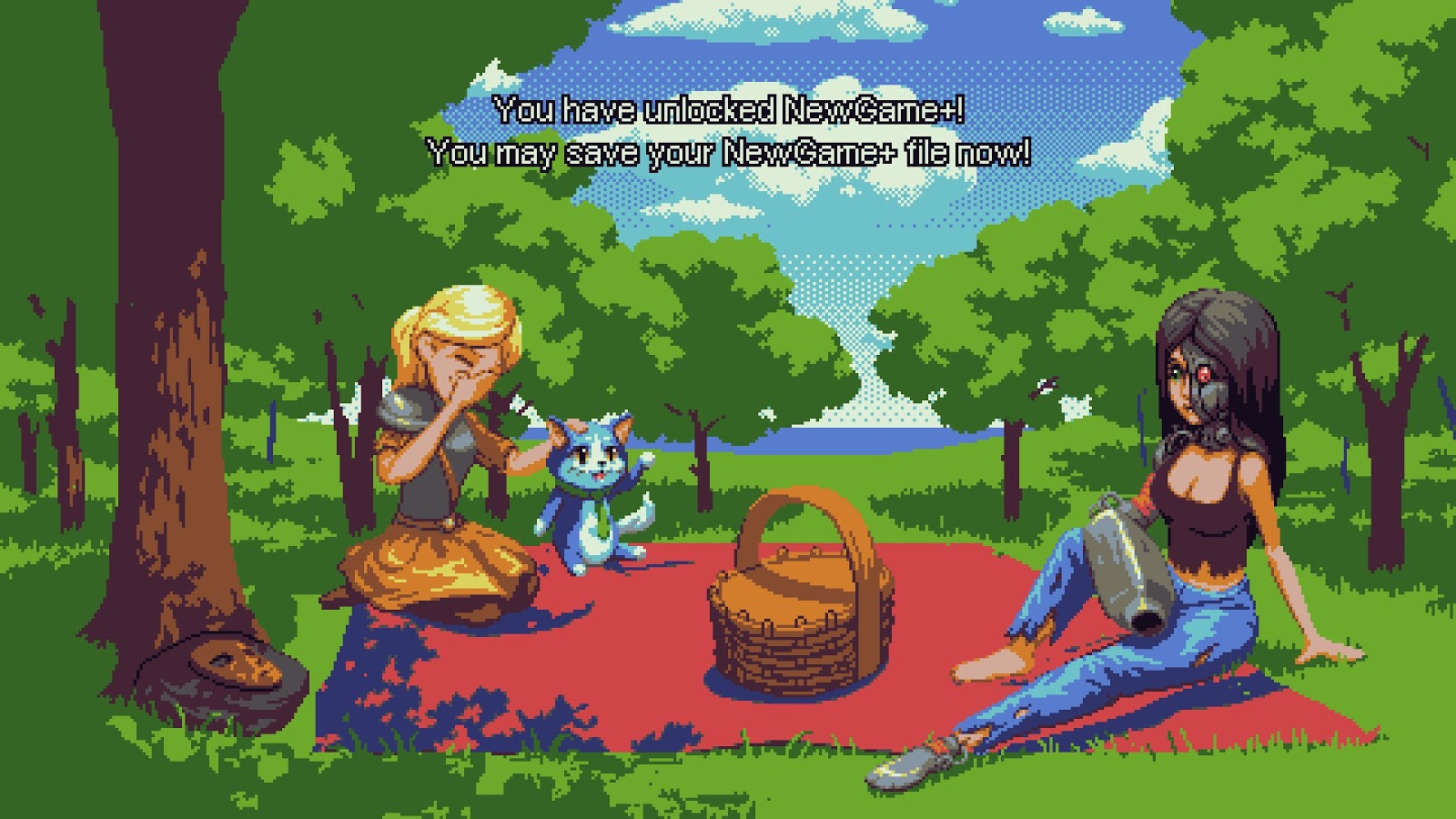 Both Towards the Pantheon: Escaping Eternity and Towards the Pantheon are a must for any RPG fan or lover. The characters, the music, the artstyle, itt has it all and it does it very well. The only reason it’s not getting perfect marks is that it froze once or twice in bad spots like me turning the final boss into a cow and because of how many times I died because of being stunned. But that’s it. Watch out for those and everything else is golden!