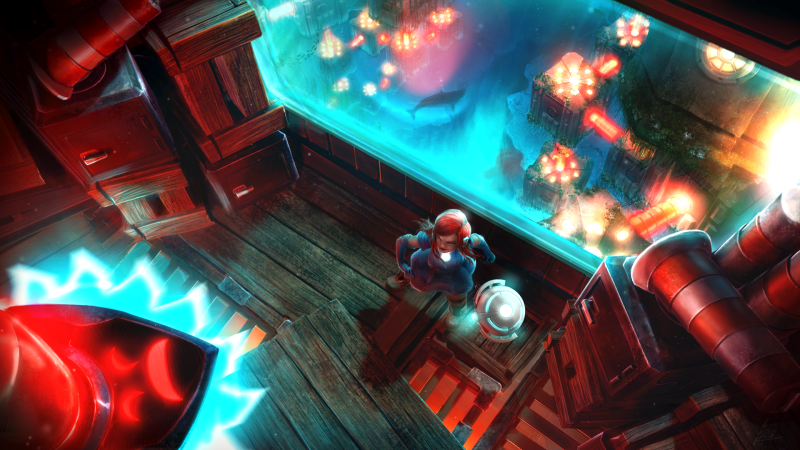 After a calamity hit the surface, humans moved into cities under the water where it was much safer. Almost looking like Bioshock’s Rapture before the gene splicing, things are just as bad over here with a totalitarian regime putting people to death the second that they’ve stepped out of line against what is considered “law”. After hacking her gaming terminal for just a few extra credits because she wasn’t ready to stop playing for the day, Styx set off alarms alerting the authorities to her actions. Running away and racing home to warn and protect her family, she was too late. Finding the bodies of her parents and younger brother slumped in their house within the slums, she swears revenge and heads out to end the life of the one ruling over everyone with his iron fist.

Subaeria took me a bit by surprise. I knew what the premise was but the execution, sorry for the poor choice in words at the above context, isn’t what I expected and I say this in a good way. Starting the game off with Styx before unlocking other characters, you can move around Subaeria, talk to people and destroy the machines working there in order to move on forward as most of these machines work as gatekeepers. Working in a context of “blue” vs “yellow” you’ll need to get them to either destroy themselves or each other. This is where things get both fun and challenging.

Styx, being human in environments filled with killer robots, can’t do much with her own two hands. She can run, she can jump and she can lead robots to their deaths either by making opposite colors collide or by having them ram into beams of opposing colors. Now because this alone would be a bit too challenging at times, Styx can pick up two modules in order to use various limited usage abilities. 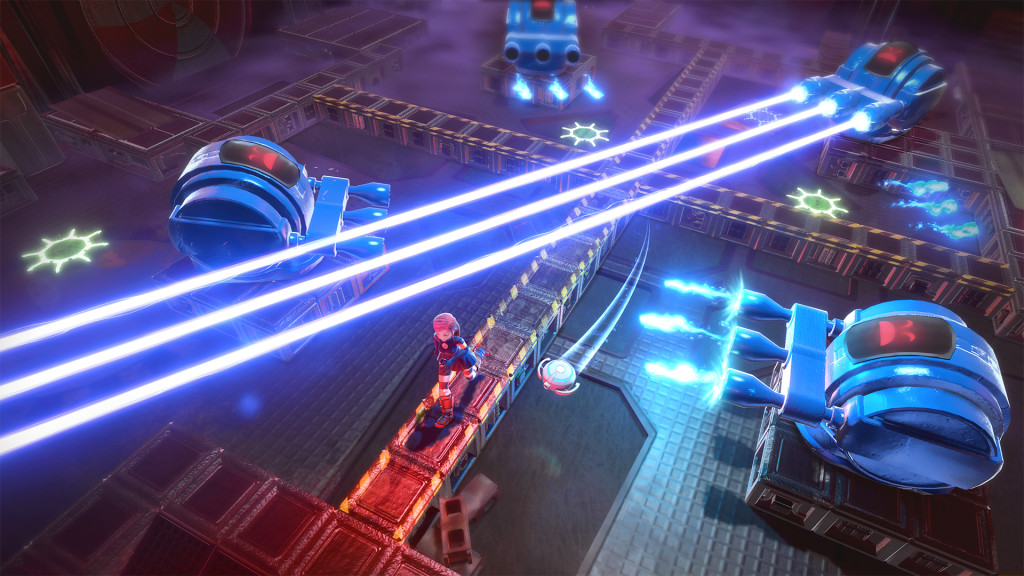 Some of these modules are fantastic. Styx all depending on her range can take possession of a robot in order to move it either a beam of an opposing color or ram into another enemy. She can make decoys which are holographic versions of herself dancing in order to taunt a robot into action and because the list would honestly keep going, at least from a first run perspective, she can also use sonic waves to push robots back. I did say the first run.

Styx’s adventure isn’t a pleasure cruise and is, at its core, a Roguelike. This means that while everything is out to kill you, being the norm of course for action and adventure titles, they are out to kill you with a vengeance because everything is designed to make you be better than you were the last time that you failed. In order to keep you on your toes, each run through Subaeria after you die is going to be just a little bit different than the last as the rooms are not exactly in the same places as you make your way through what is essentially a maze on the way to the boss of the “stage”.

Bosses are HARD. Well okay, that may be a bit of an exaggeration but they aren’t easy and they earn their title well. While taking out the minions and the what could in some cases almost be mid-bosses because of their size, the bosses come with health and you need to figure out the proper tactics in order to deplete them of this health. Sometimes the how isn’t as hard as it seems and I honestly felt like quite an idiot when it took me twenty minutes to dispatch the first boss for the first time. I kept thinking that I was missing something and I forgot one very important factor that is told to you from the VERY beginning. Blue takes out Yellow. Yellow takes out blue. Spoilers: If ramming into something doesn’t work, get the enemy to shoot it. Problems solved! 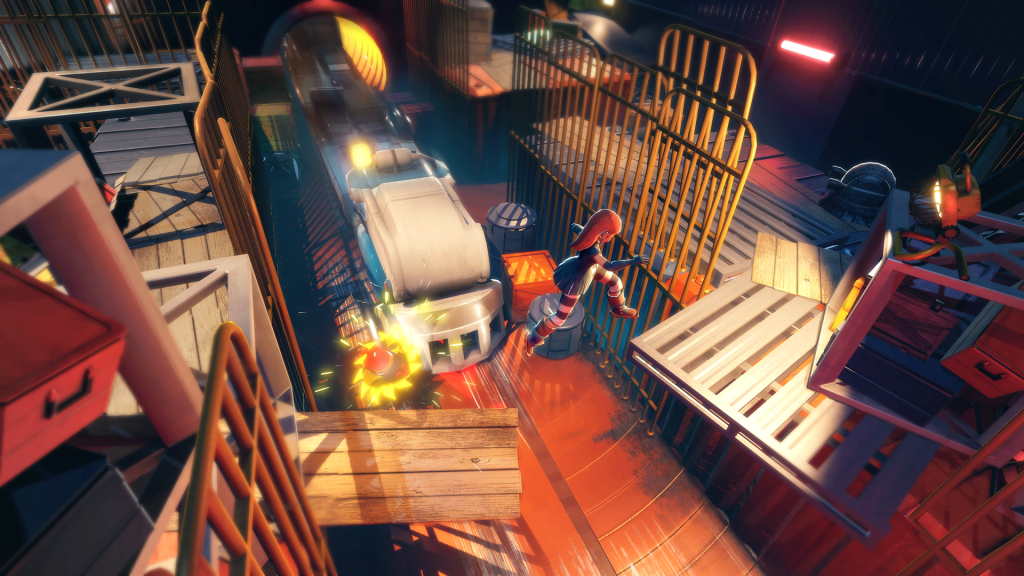 If you’re good you won’t be dying that often but even so, you’ll want to pick up as much currency as you can in order to buy new modules for Styx to use as well as passive abilities that make her harder to kill. Starting off with a slim selection, it’s only by buying new upgrades that they’ll be available to be found in the field the next time around. If you don’t buy them, they’ll never show up in the field so being stingy isn’t the best course of action considering that you lose everything once you die.

On the subject of not everything being sunshine and lollipops, Subaeria, at least one the PS4, had some performance issues. There were a fair amount of lag spikes and framerate drops which make trying to take a boss throwing lasers and other various projectiles very hard to dodge. Even with this, there were other moments where jumping just a second too late would make you take damage even if you visually cleared the beam that you were hoping over either because of a boss was trying to kill you or you were making a robot run into a beam of an opposing color to take it out. These weren’t all the time but there were a few moments in which they truly came out to play at the worst time.

Subaeria has to be one of my favorite Roguelikes of the year. I’ve played a few so far but the depth of the back story, the construction of the environments and the fact that Styx is only human all come together very well. There are no super human abilities here, just random technological hacks that aid our would be vengeance protagonist on the way to her final goal regardless of what stands before her.