Frank is back. This time, he brought his big package to the PS4. He brought along his usual bag of toys (which he uses as improvised weapons), costumes, and his zingers and one-liners. He also added 2 new modes and a mini-game.

The basics of Dead Rising haven’t changed much since the first game. Take a photographer with a dash of sociopathy, a pinch of masochism, and just throw the whole container of sarcasm in there. Add in a whole city worth of zombies, imaginative improvised weapons, and ridiculous outfits and you have a Dead Rising game. The basic game of Dead Rising 4 is essentially the same as the Xbox version (only on a better console).

The first new thing in Frank’s Big Package I tried was the mini-golf game. Included in this release is a DR4 themed putter game. It’s decent enough although it’s basic enough. It’ll do to pass time a few minutes here and there, but it got boring after a few minutes.

Next, there are 2 new modes for the actual game. The first one is a short sequel to the main story. It adds a good conclusion to the game. 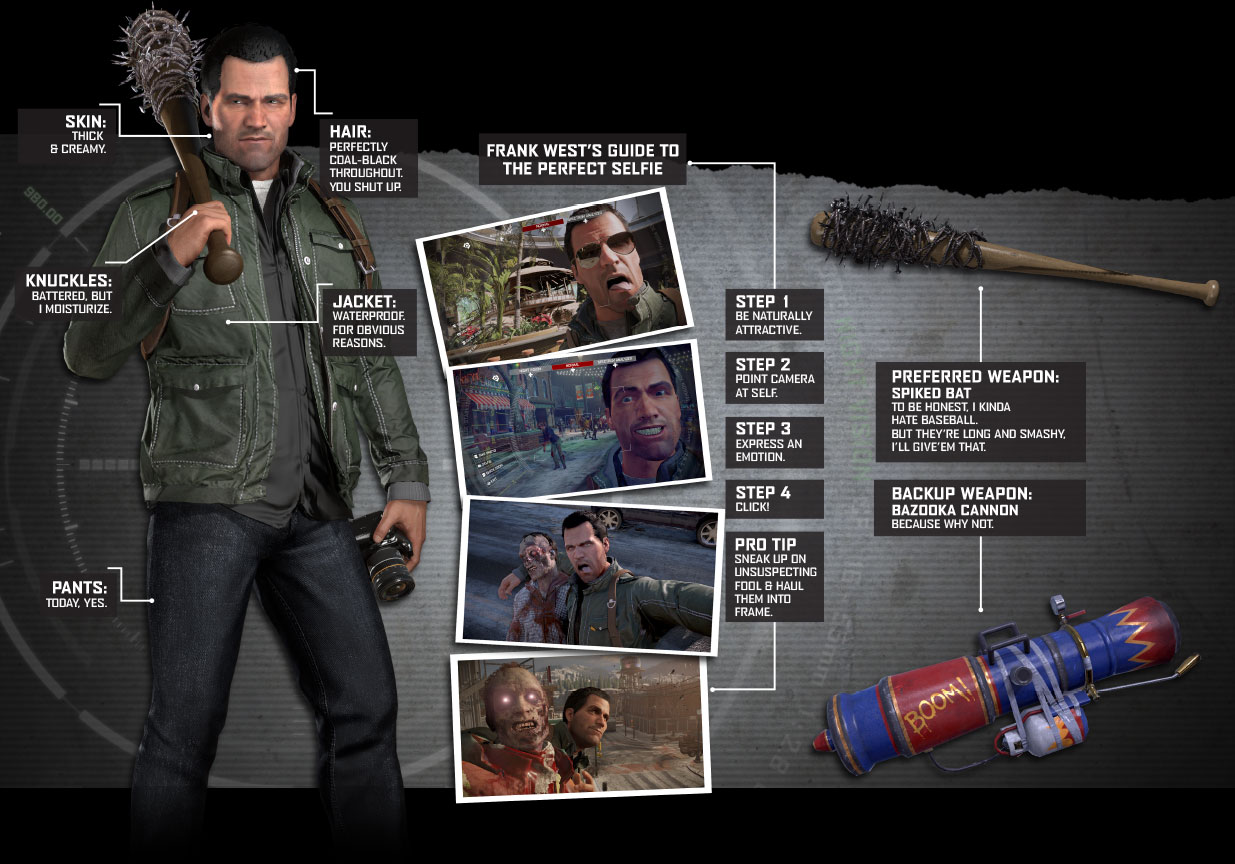 ***SPOILERS FOR THE MAIN STORY***
When we left our anti-hero protagonist after the main game, he fell into a hoard of zombies, and got eaten instead of using a random item to kill them all, he decides it’s a good idea to get eaten. Frank’s Rising starts off as Frank is being killed by a mob of angry dead people. The now-dead photographer obviously heard of the old saying: “if you can’t beat em, join em”, because he joins the zombie horde and starts eating the living. Obviously, Capcom knew that playing as Frank without constant one-liners wouldn’t do, so his scientist friend gives him just enough cure. Now he’s a zombie with a sense of humour.

For this mode, they brought back time limits from the previous games, which gives it a sense of urgency that the main game lost. As you’re racing the clock, to escape the city before the military nukes it, you also need to do side quests in order to upgrade your abilities. This gives this DLC a fun dilemma between doing side quests that help you get stronger, or the main quest before it’s too late. On one hand, the stronger abilities can help you finish the story faster, on the other, they are using up your limited time pool, and failing/dying does not give you any time back (you respawn with the time you had when you died).
The usual food items to heal you are also gone, as zombies aren’t known to eat apples or drink coffee. Instead, you need to eat the living (or the dead, Frank is pretty open-minded about his food) to heal up.

All-in-all, this is a good addition to the game. The controls can be a little wonky at times, and the pounce ability is hard to properly aim, but the abilities are interesting, the story is well-written, and it’s a good finale to Frank’s journey.
***End Spoilers*** 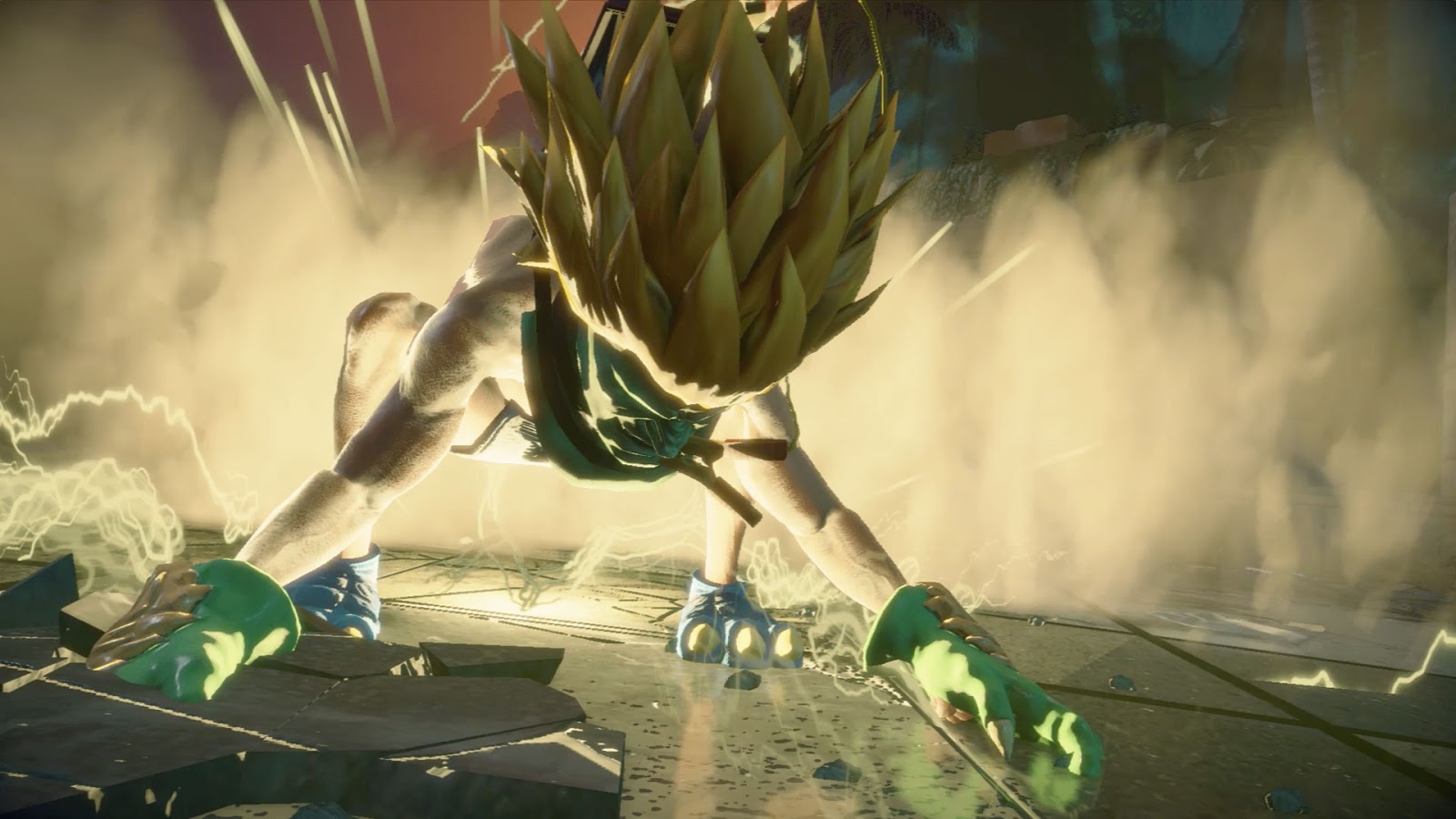 The second game mode they added doesn’t add to the story. In fact, it’s the exact same story as the main game. The only difference is that instead of using weapons, crafting weapons, and levelling up your usual skills, you pick up special Capcom character costumes. These costumes grant you the powers of the character it represents. There are 17 total costumes, and all of them are quite fun.

This game mode is mostly just a “for fun” addition to the main game, but it does it very well. Whether you want to shoot a hadoken at zombies, charge up your megaman hand cannon, or dual-wield chainsaws while pretending to be the clown psycho from the first game, this mode lets you do it.

As part of the Big Package, and as a free DLC for owners of the Xbox or PC versions, this extra mode adds a whole bunch of fun to anyone who just wants to go and kill zombies in new ways, without worrying too much about more story. 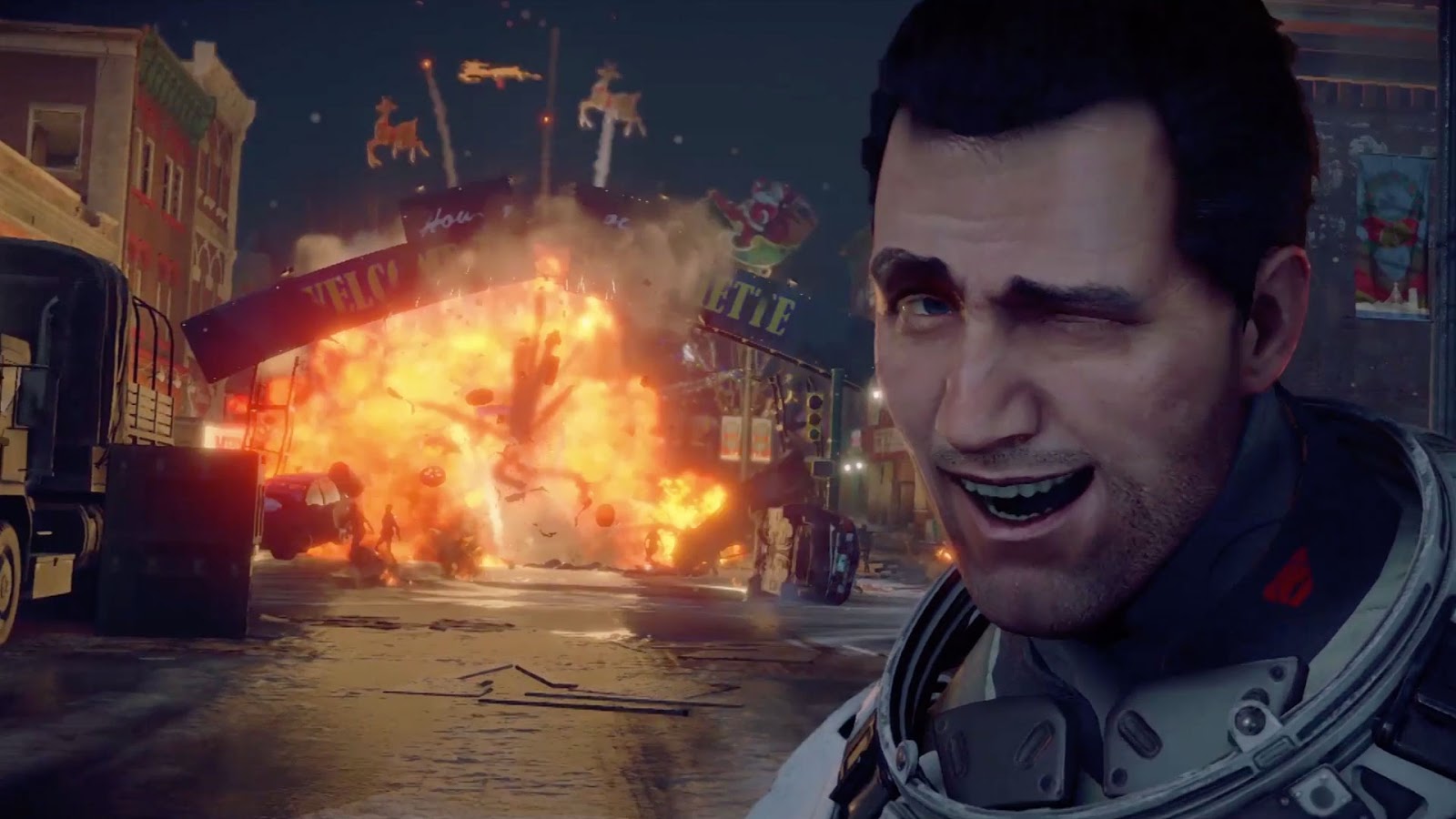 Frank’s big package adds something for everyone. If you’re looking to waster a few minutes, you can pick up the golf game; if you want a bit more story, Frank Rising does it well; if you just want to have fun and kill zombies, Capcom Heroes is perfect for you. All in all, I think Frank’s Big Package is a good addition to any fan of Dead Rising, or anyone new to the series.
As a caveat though, all the new modes are available to download for the Xbox and PC version, so I wouldn’t recommend buying this just for the new modes. It’s a good package to buy if you don’t already own Dead Rising 4, and it’s a good series of DLC. 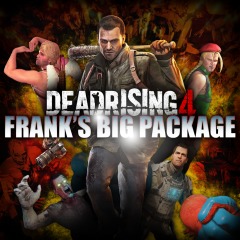