Ancestor’s Legacy is a spectacular strategy title inspired by historical events. With four separate cultures, the Vikings, the Anglo-Saxons, the Germans, and the Slavs, you will conquer, raid, and pillage enemy encampments in your quest to make a legacy of your lineage. Beyond the traditional basebuilding and unit micromanaging you will find that its grueling tactical gameplay requires the use of temporary bases and taking advantage of the very environment you move through. From pitfalls to swampy lands, lead your cadre of men to war! A new and unique approach to RTS titles, Ancestor’s Legacy is the best I have seen in years and sets a new bar for those titles to be released in the future.

I grew up on RTS games, first experiencing the genre with WarCraft: Orcs & Humans, periodically played Command & Conquer at school, then dove head-first into WarCraft II: The Tides of Darkness. It was really WarCraft II that won me over and kept me focused in on the genre; others like Dark Reign, Ground Control, and a smorgasbord of titles could not keep my attention the way that the Warcraft franchise did. Then came along StarCraft, which I was severely into, even spending the changeover from 1999 to 2000 playing a game with some friends; I was so into the game I never realized that the ball dropped and it was a new millennium.

Over the years though I lost any real interest in the genre, largely after the utterly spectacular WarCraft III: The Reign of Chaos and its Frozen Throne expansion. Perhaps it was the fact that WarCraft III was the pinnacle of the RTS genre, or that I had matured into more interesting genres like RPGs or 4X titles or the fact that RTS titles have become too focused on multiplayer (and those multiplayer communities are amongst the most vitriolic that I have ever experienced), but I have largely stayed away from the genre. Until now. 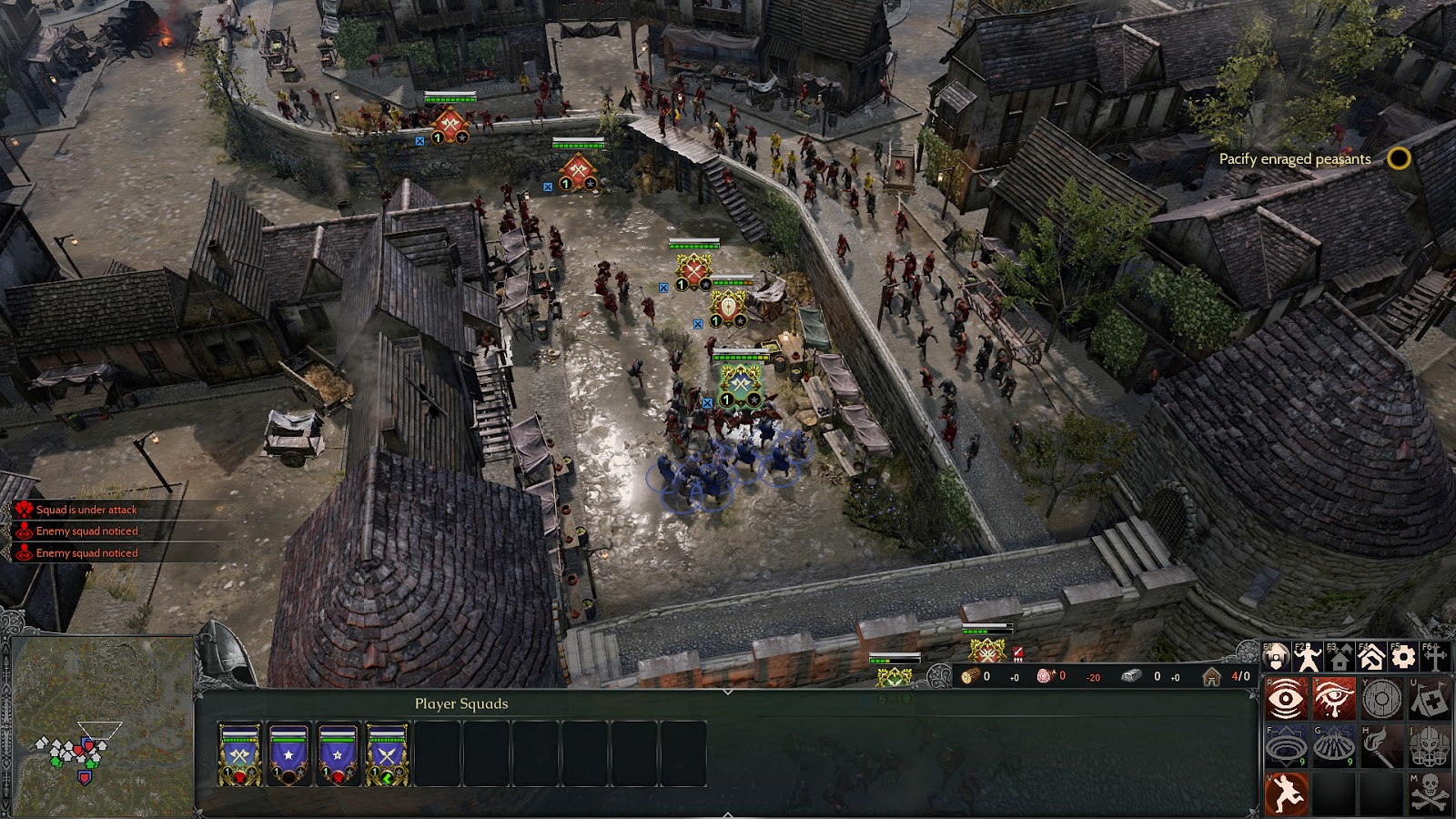 While I myself may be a little “Viking’ed Out” since they seem to be the big “it” this year (as zombies have been in the past), I was very, very into the prospect of Ancestor’s Legacy as it looked both unique and stunningly gorgeous. Graphically, it is near-identical to SpellForce III, which is awesome because the 3d isometric landscape is breathtaking, if a little dark at times. Each map throughout the (huge) campaign is lovingly detailed and full of swampy areas that slow down units, tall grass that you can hide your units in for a surprise attack, and any number of burnable or capture-able structures.

Interestingly enough, I felt far more immersed in the world of Ancestor’s Legacy than I have in even modern RPG titles (which is sort of their schtick), which is a rather big deal. Ancestor’s Legacy is less about the crazy click-fests that many current RTS titles have become and is more about the strategy and story of how you manage your units. Hero units feel more like characters from a classic D&D campaign and less like a superhero-like gimmick. Added to the deep characters and rich environments you have some of the best weather effects I have seen since The Witcher III: The Wild Hunt.

Sure, Ancestor’s Legacy is pretty, but how does it play? Well, fantastically. Often simply trying to rush the enemy with the numerical advantage can spell disaster as each unit has its strengths and weaknesses, so if you just throw piles of spearmen into the enemy you will likely be torn up by archers or axemen. There is a fine line between balancing quality over quantity and it is easy to find yourself with too few units or too many weak units. Managing your resources and ensuring your squads of men can level up (thus granting upgrades) by completing objectives, or researching the appropriate tech to give yourself an edge, can be tense at times, but if played right, it can pay off in dividends. 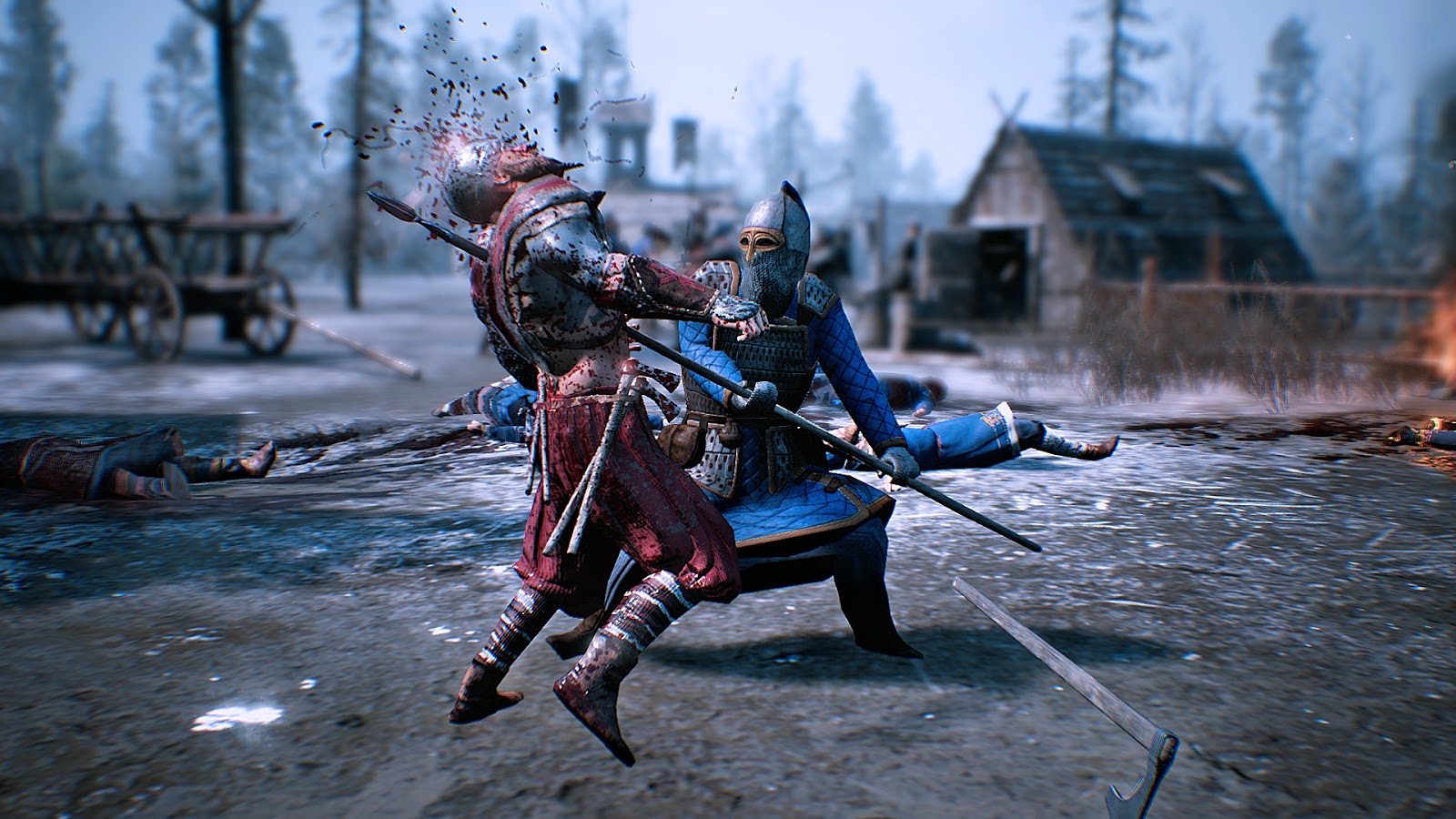 There were times when I would have a small group of squads that would crush larger forcers, or others where I was in full rout due to overwhelming opposition. While the pitched battles may be awesome, partially due to the individual 1:1 battles that take place between units (that you can get up close and personal with via the game’s incredible camera control), the real sweetness comes in when you have only a unit or two and you painstakingly plan out a trap-filled ambush. Since flanking and morale are big parts of the squad-based combat, it is extremely rewarding to have a small, tight-knit force take out a larger, more menacing force through clever traps and clean strategy. Every fight feels both gritty and real while looking downright awesome.

Each of the various cultures have their own unique leaders with their own strengths and weaknesses, and playing through all four cultures (each with two separate heroes/campaigns) can take some time to accomplish but is well-worth the investment as each feels new and interesting. A careful player could easily spend 50 or so hours playing through the campaigns, or if you are more of the type of player that wants to uncover every aspect of the map, it could take far longer. Trust me when I say that there is plenty here for fans of immersive RTS titles. 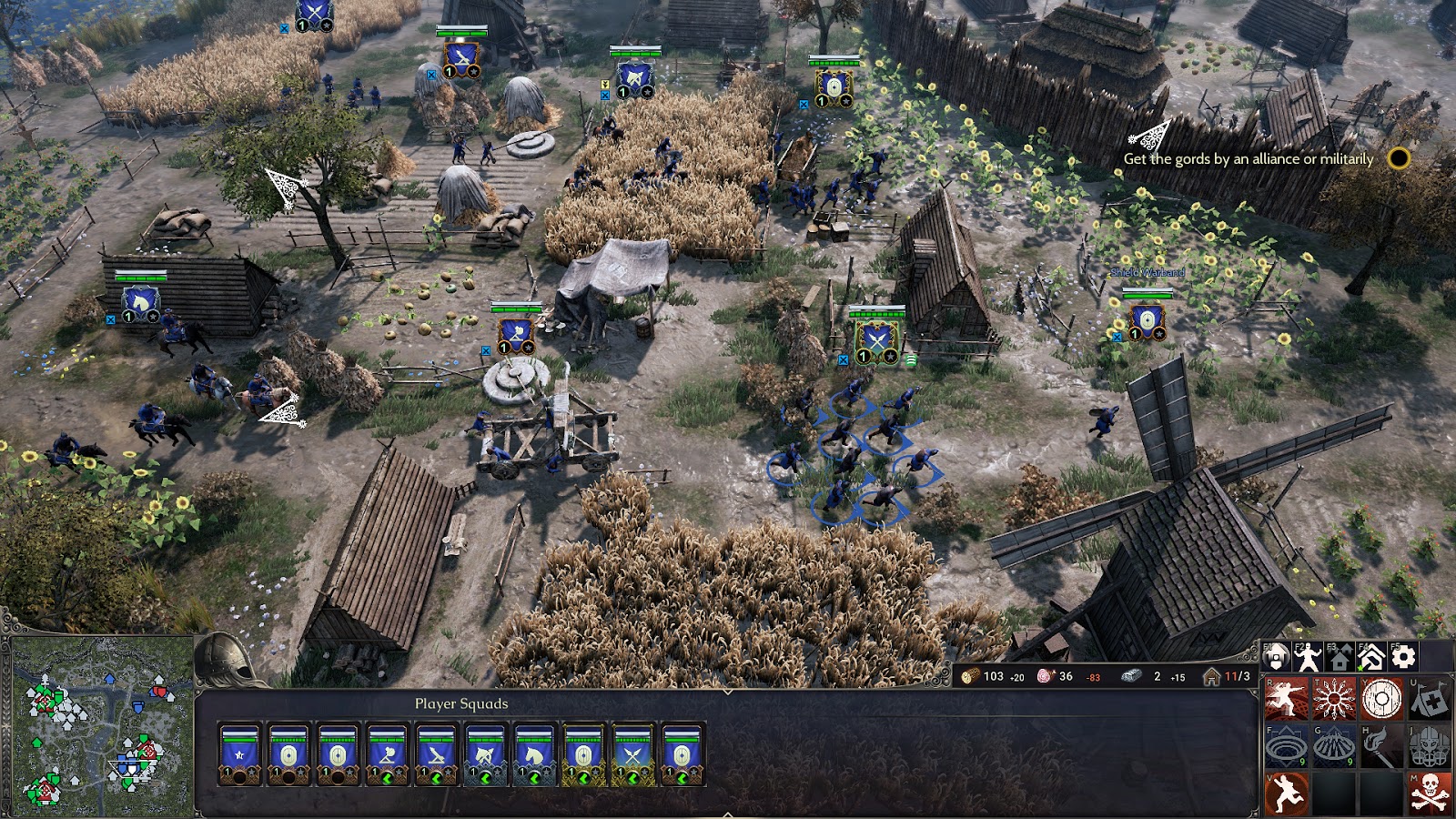 Ancestor’s Legacy is without a doubt one of 2018’s gems; fantastic characters, a unique and absolutely brilliant camera that allows you to get up-close and personal with the action on the ground, an interesting story, a gorgeous world, and wonderfully tactical real-time combat are packaged up into a must-have experience. With a bit here for RTS fans and a bit here for RPG fans, Ancestor’s Legacy really is a title that any gamer can pick up and play, though they will be punished for their mistakes. Whether you choose the screaming Vikings or the straight-backed Germans, you are in for a surprisingly deep and incredibly intricate real-time experience.