comments Share
You are reading
The Lost Child – PS4 Review The Lost Child by Kadokawa and published by Nippon Ichi Software is the latest Dungeon Crawler to grace our hands. Caught in the middle of Angels, Demons and forces of Chaos lead by yours truly, Cthulhu, you find out that you’re more than simply a journalist for an unknown occult magazine. You’re God’s chosen, Capital G, and you’re going to have to figure out how to save the world with just a little bit of help from your almost scantily clad Angel looking for her Fallen Angel sister.

If you’re looking for something brand new and Earth shattering like Mary Skelter or Vaporum, you may not find it here but what you will find is a solidly built experience that put some thought behind it’s backstory. I’ll be honest, I groaned when I saw that I had a mission from “the big man upstairs”. It was kind of cool at first in Awakened Fate Ultimatum but the themes of Christian religion were taken a bit too far for my liking. I’m agnostic, so, I believe in there being something but that’s about where it ends.

Because of this, it wasn’t long before I easily slid into this new role as it’s not about Christianity. It’s not about being God’s gift. We’ll yes it is, BUT, it takes other religions and beliefs into consideration and because of this, it feels like a much more complete world instead of a narrow minded and closed off one. 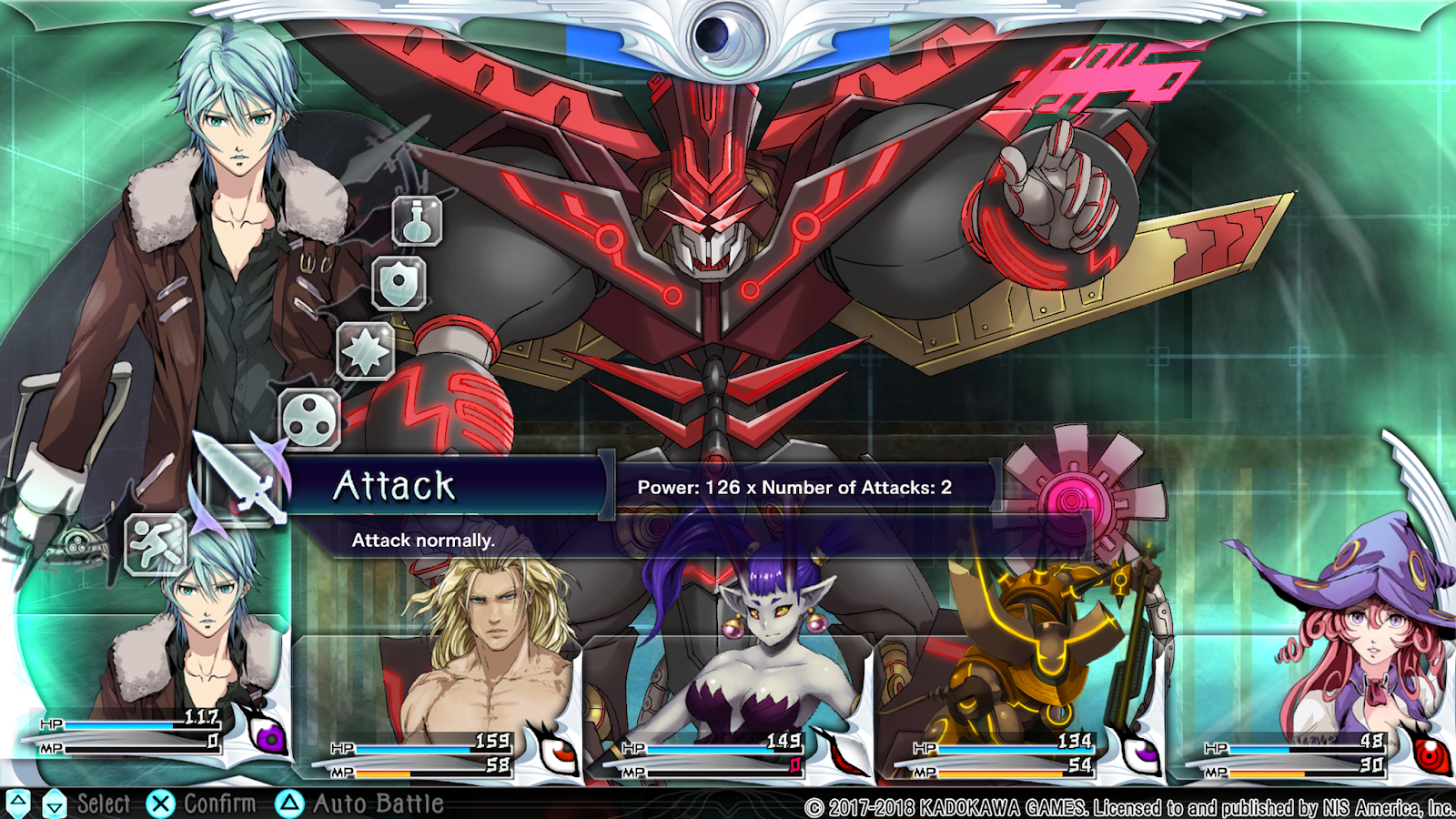 Starting off after some rather disbelieving experiences, and who would blame the poor chap with this crazy lady calling herself and angel, you are given a gun created to capture demons to make them work for you. Later modified to take in fallen angels, your party repertoire only increases.

Unlike other dungeon crawlers where you get to fully customize your party, this time around you’ll be working with three empty slots that lay between you, the protagonist Hayato, and the Angel Lua who basically became your loud and ever present shadow. Who you equip in the middle, what you equip in the middle, is entirely your choice from whatever you captured and whatever their combat element may be. It leaves for some fairly robust combinations depending on the situation.

In somewhat of a twist, leveling has been made “easy”. Both yourself and Lua are the only two to receive experience in battle. You want to level up? Best to get to grinding while exploring your environments. I said it was easy didn’t I? It is, just not exactly for you. When it comes to your captured forces however they must be infused with Karma collected by defeating foes of various types, so demons give red karma, fallen angels purple and the remainder belongs to the secretive blue. I’ll never tell! 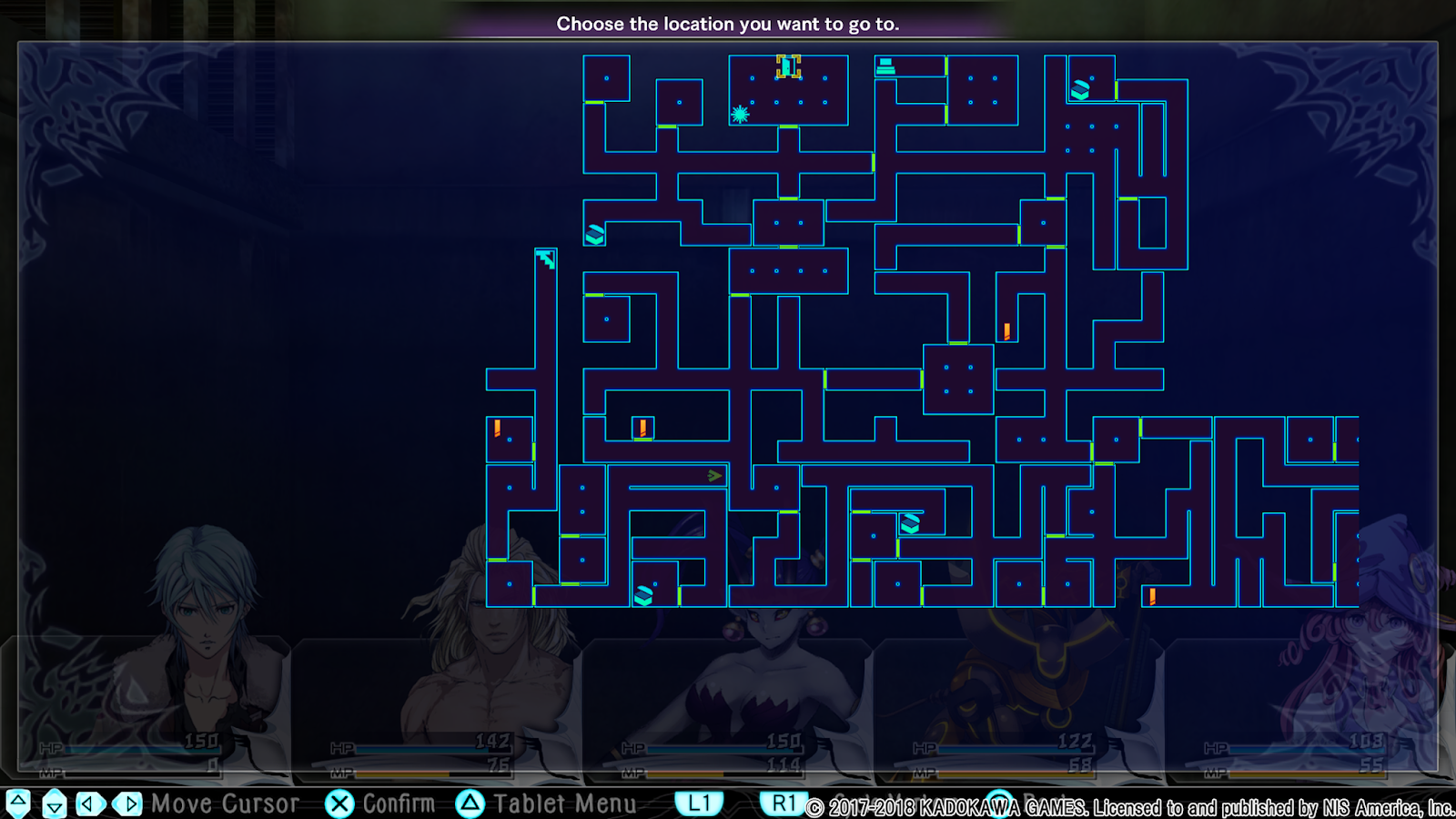 Each Karma type can be infused into any demon but at a price. If the karma type doesn’t match then for every ten karma only five experience points will be gained. Compatible types will receive a one to one being much more useful as there’s zero waste. Get a new demon? Pick up a new fallen angels? Pump them full of karma and add them into your party!

What I really, and I mean REALLY, appreciated, was that any being that you captured counts as that being in its entirety. Found this out when seeing a color pallet swap but that I already had that demon listed as being captured. This means that if you wanted from hold off on capturing you can and the most you’ll be at a loss of is the battle capacity in the meantime.

Speaking of battle capacity The Lost Child is designed to keep you going for quite some time on your dungeon crawling. You don’t always have to go back to town to level. You don’t have to go back to town to resurrect your summons. All of it can be done in the field with Karma. They kicked the proverbial bucket? Summon them back in after battle and the best part is that they don’t lose experience because it has to be infused. The same can’t be said for Lua who will lose out and as for you? If you die it’s game over. Thankfully there’s karma for that to either bring you back to the start of battle or for a higher cost, before the battle began. Otherwise, reload from the last save point. The dungeon crawling itself is standard with the various dungeons having their own little quirks but outside of that it’s fairly solid. There are multiple floors, locked passages, switches and plenty of combat to go around. So while it doesn’t do anything revolutionary, the solid mechanics behind it make it enjoyable.

For the most part dungeons are part of the story and you move one to the next with no real need to return unless you want to come back in order to capture something you missed or recapture it because you monetarily sold it off for its weight in karma. It’s costly but worth it especially if you don’t plan on using the creature. This means you get something useful as well as being able to clean out your inventory.

Overall, The Lost Child is a good way to spend your time dungeon crawling as the story provides something interesting instead of a little bit of gloss as your reason for doing everything. With lots of interesting mechanics in regards to your party, there’s more than one way to approach your combat tactics as you work your way through Japan solving mysteries to write up your articles and working on the biggest one of your life. What exactly does it mean to be “God’s Chosen”? You want to know? Your dungeon crawling awaits you!