Today’s edition of Jaggy’s corner is going to be me ranting about Death Note. Read on if you want to know why…

For the uninformed, Death Note started as a manga that became a series. It is set in Japan that follows a student who finds a magical book called the Death Note. On the first page are rules for the books use, “The human who’s name is written in this book will die.” It’s a terrifying concept but a really good anime – to a point. (IMO, the first antagonist is the best. The later portion of the story was less intriguing to me… In fact, among anime fans that holds true for most of them.) 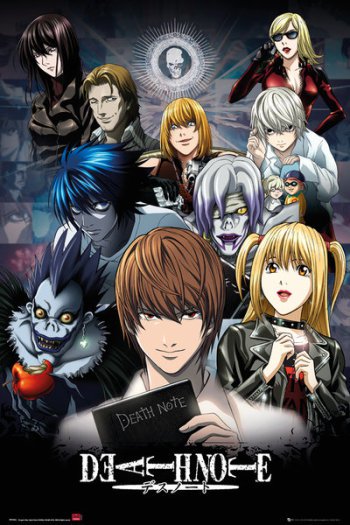 When I stumbled upon news that Netflix would be releasing a sequel to the movie that premiered last year, my knee-jerk reaction was horror and disgust. The media has a tendency to ruin great things. As much as I was excited for Ghost in the Shell, I also dreaded it. Speed Racer was made into a live action movie that bombed out. As for Dragon Ball Evolution, it received so much hate mail that the writer publically apologized. I’ve seen rumors about there being an Akira adaptation. This better not be true. *grumbles*

Looking at the media for Video Game to movie adaptations hasn’t brightened the light any. Tomb Raider, released earlier this year, was drastically altered. While the movie wasn’t a total wash, it definitely steered away from some much needed interactions. Also, the fact that writers decided to stretch out the ending reveal to allow for a sequel was intriguing for anyone who didn’t play the game, but I felt that doing so was wrong. It could have stood on its own.

PY: I finally sat down this week to Tomb Raider and honestly? It was good. It
was more in the vein of the newer games and I think they did well by it.
It’s sort of like the Prince of Persia: Sands of Time. The Director
knew “nothing” of the games and didn’t want to and because of it the
movie was good because it did it’s own thing. It wasn’t amazing by any
means, but it was enjoyable. If you want really good video game based movies? The three CG Resident Evils that feature Leon S. Kennedy are amazing.

Final Fantasy: The Spirits Within was a passable movie but honestly I recall nothing of it. Final Fantasy Advent Children was a much better movie between the two. (Besides, I happen to love the music in that. Yes. Final Fantasy VII or bust.)

PY: uh…. Spirits Within was bad. REALLY bad. Advent Children was amazing but needed the director’s cut version to really flesh it all out. The Turks rocked it. Also? FF IV / VI. *drops mic and walks away*

Considering I’ve only seen four other video game to movie adaptations, it stands to reason that I’m not running to the box office. Bearing that in mind, reading news about a Death Note sequel angers me. Of the adaptations I’ve seen, Death Note will not rate on my list ‘to see.’

My Feelings about the Sequel

Anyways, let’s talk about this sequel. The screenplay will be written by Greg Russo. Incidentally, he is also said to be hired for a reboot of the Mortal Kombat movie (Another adaptation I worry about). Not only that, but he will also be writing F.E.A.R. Unfortunately, not much is known about the writer except that he’s a huge fan of video games. Perhaps that’s why he’s been hired for the video game adaptations, though I fail to see why he would take over a Death Note sequel. Especially after the first one…

So let’s get to the skinny. I did not watch the Netflix version that released in 2017. The fact that there is a sequel to it concerns me greatly. In researching what to write about this topic, I discovered a WatchMojo video which explained why the Netflix movie was horrible. I agree with it. The anime and manga are far superior to the Netflix version. Whomever butchered the brilliant story telling to create the most recent piece of trash needs to have their name written in the book…

Stop it Hollywood. Seriously, no one appreciates fan favorites getting slaughtered by a bunch of American’s who are full of themselves. Anime lovers of such masterpieces like Serial Experiments Lain, Elfin Lied, and Neon Genesis Evangeleon want specific things like complex/nuanced storytelling, unique settings, and amazing characters. Unfortunately, Hollywood latched on to arguably two of the top rated psychological animes ever released (Ghost in the Shell and Death Note respectively) and threw them in a dumpster fire. Netflix is not doing the anime any favors by hiring a screenwriter with no successful credits. (At least, that I know of. If I’m mistaken, please enlighten me. I didn’t find anything useful regarding his accreditation.)

Here’s the thing, the writer for Death Note had some credits backing him! And considering that the writer received plenty of awards for Immortals, Death Note could have been great! Instead, fans received a story that was set in the US, characters like Light were nowhere near as complex, and the protagonist practically shouted from the rooftops that he had this magic book. What a pansy. 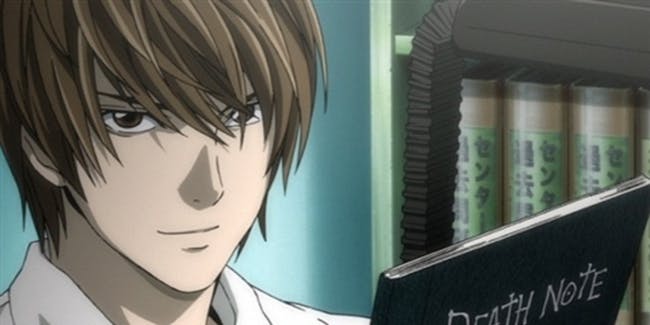 While Netflix tried to bring an amazing anime to life, they stripped everything that was good out of the series. I get that things need to be relatable to the audience, but part of the reason people really loved Death Note was because Light had a code. Instead of showcasing the real brilliance of the story, it was turned into a low rate shitty horror movie. Light became a character that was not masterful, strong-willed, nor calculating.

Considering that the movie was not well received by anime fans, getting a fresh perspective on the series is not a bad idea… Unfortunately, the new screenwriter seems lesser known and will likely have a much harder time doing it justice. For me, this spells disaster and any true anime fan will tell Hollywood where to shove it.

I have zero hopes for this sequel movie. I thought it was going to be amazing (since I hadn’t realized there was a Death Note movie) and I found out how horribly wrong I was. Given that a relatively unknown writer will be handling the story, and given the past failures of adaptation movies in general, this one will slide off my radar. Greg Russo is going to have to contend with the plot of one of the best animes, so to that I say good luck – though I’m not holding my breath.

I’ll also take a moment to repeat what I said above. Hollywood. Just. Stop.

Anyways, what do you guys think? Are you skipping this one too? I’d love to hear the epic rants.