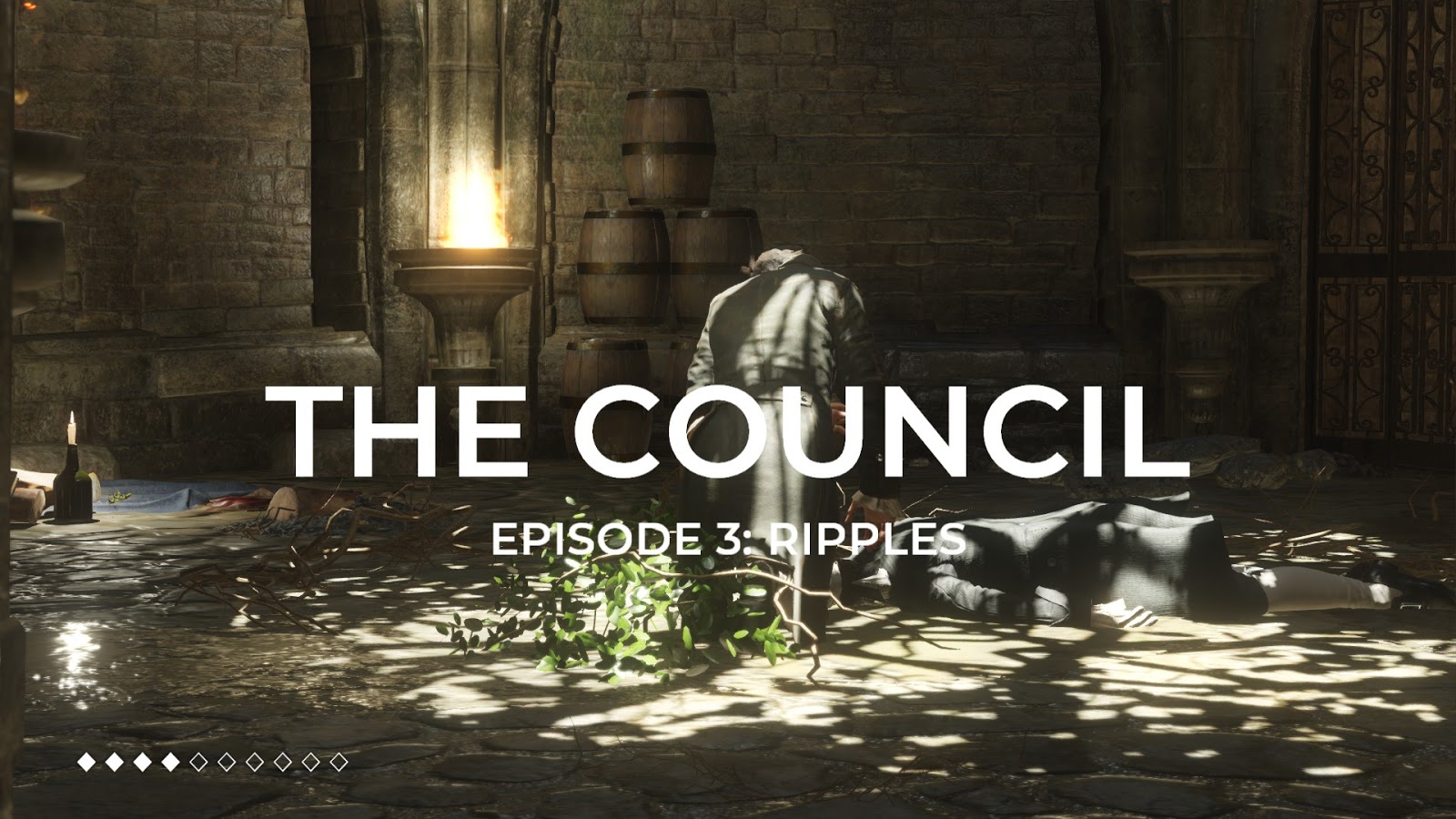 The third episode is finally upon us! What kind of other messes will our protagonist Louis find on the search for his mother while simultaneously navigating a battlefield of political intrigue? Only time and your own choices and developed skills will tell. Welcome back The Council with Episode 3, Ripples.

For those tuning in now, The Council is an interactive choose your own adventure from Big Bad Wolf and Focus Home Interactive. Set in the shoes of a Frenchman named Louis hailing from The Golden Order, he arrives at the home of a prestigious and wealthy man named Lord Mortimer. Being summoned after his mother disappeared, Louis is not only tasked with finding his missing mother, but also tasked with taking her seat at a council that sits to discuss large events and the directions that should be taken. Sitting down with the likes of Napoleon Bonaparte and George Washington along with others in 1793, you’ll be navigating politics and murder investigations while trying to keep pace with everything in between.

Moving from landing on the island and finding your bearing in this giant mansion, sitting down to individual conversations with the others that you find yourself with and unlocking secret passages and rooms within, the third episode continues the curve balls. Finally sitting down to the council itself, Louis has the chance to weigh in on *spoilers* the sale of Louisiana from the Spanish over to the French, to then turn it over to the newly formed United States effectively doubling its size. This is a work of fiction but it is somewhat based in history. *end spoilers* As always, not everything is as it seems and how you go about it, who you side with and why, is up to you. 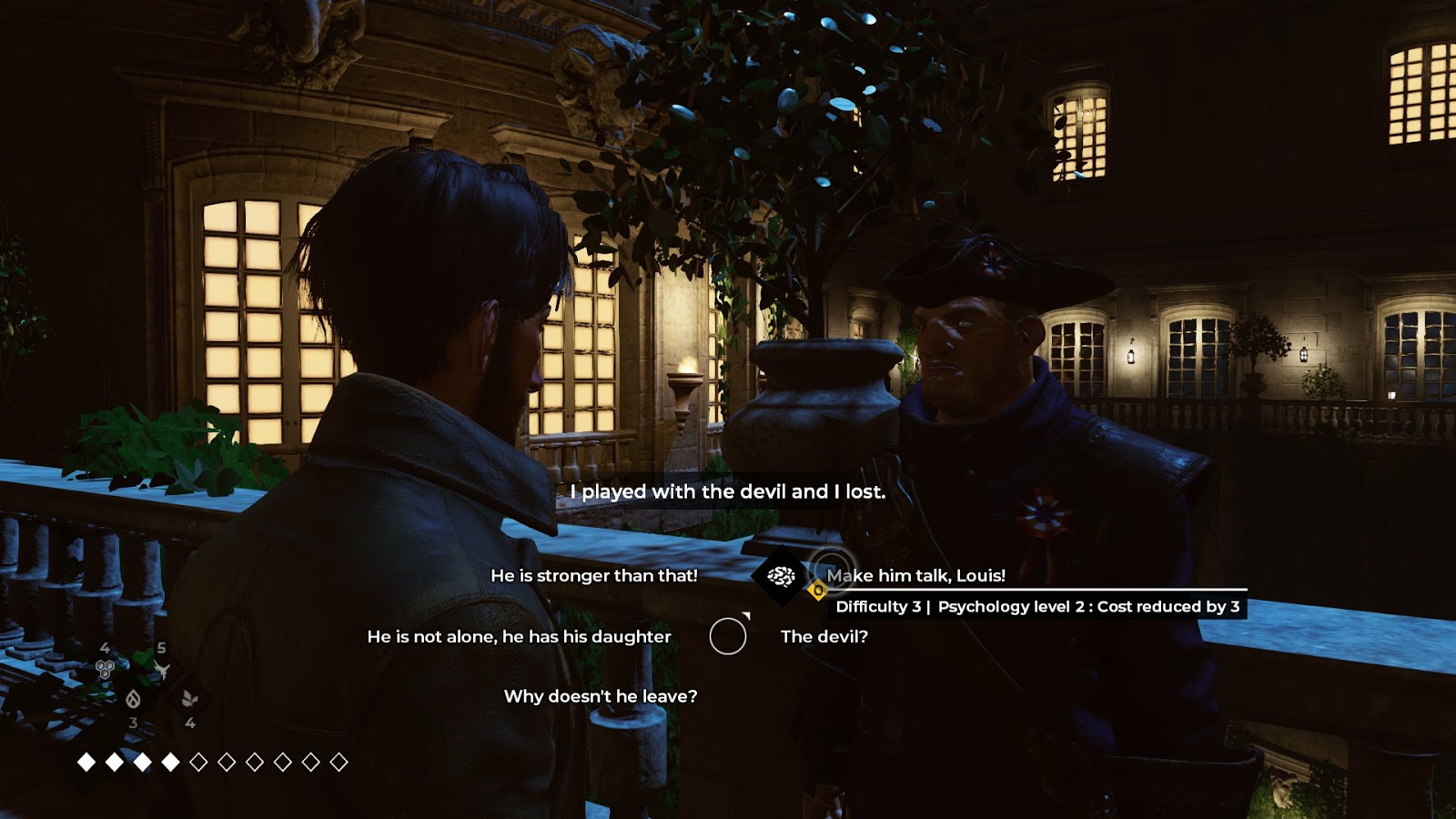 By this third episode it really comes apparent whether or not you have properly equipped yourself for the challenges ahead. The Council, as stated before, uses a leveling up system which grants you skill points that enable you to better yourself in certain fields. Lock picking, the occult, sciences, politics, and so many more are all yours for the taking as long as you have the points to level them up. While exploring you’ll come across tomes that can be read to further these skills and once a chapter is over, the skills are automatically added to Louis’ repertoire which you’ll need and can heavily influence your decision on any given situation.

Some decisions are as clear as night and day while others are hidden craftily and you may not even know they were possible until the chapter results screen where you find out what you succeeded on, what you failed on, and what other options could have been taken. These skills and decisions have followed along with you since the first chapter creating various unique adventures for all of those following along on every episode. Where I’ve become a little disappointed isn’t within the system itself, but within the transition from the first to the second and then the second to the third episode. 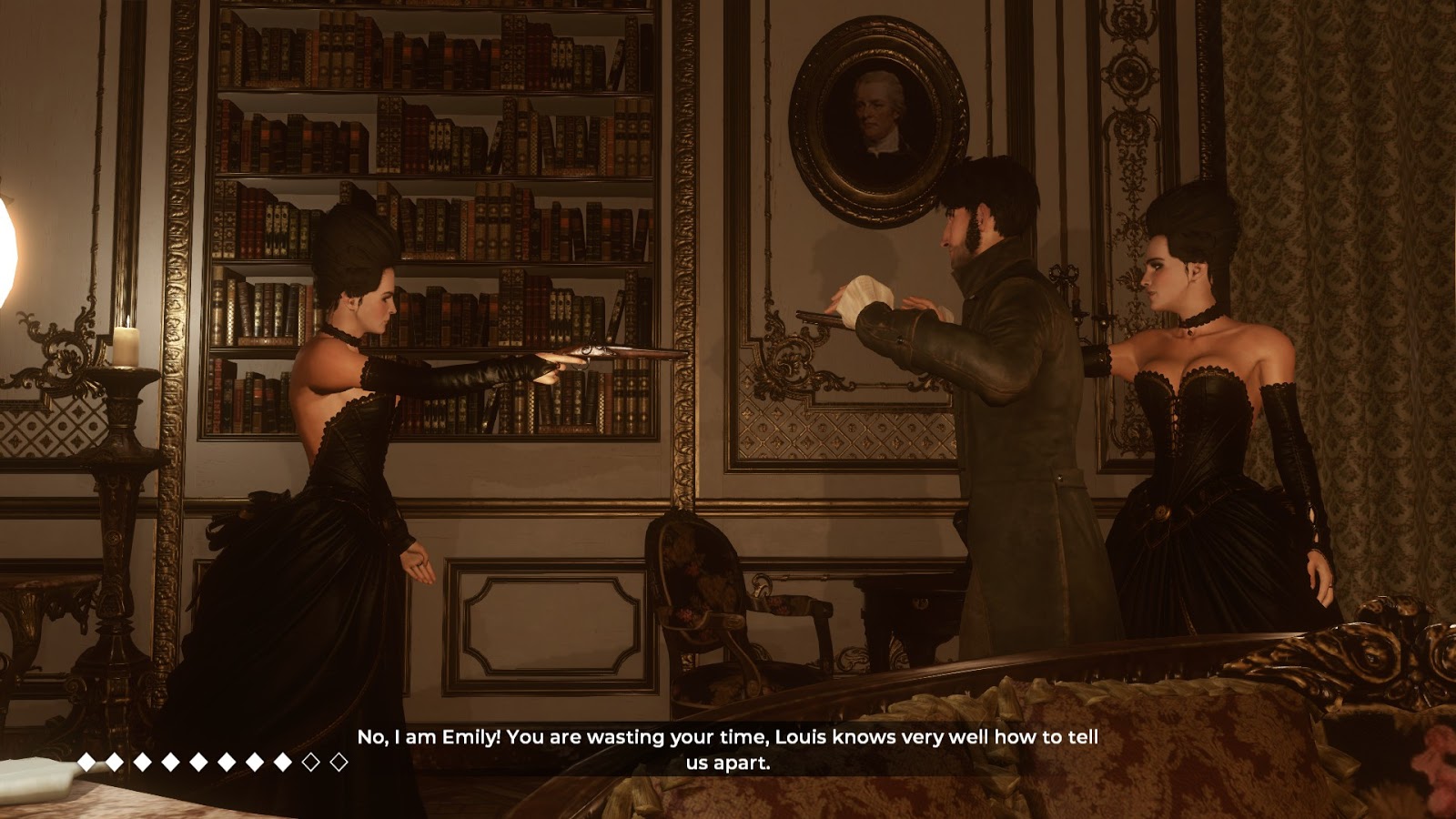 Some more *spoilers*, my actions of the second episode lead to being knocked out from behind when finally finding some clue as to where Louis’ mother was. Fade to black. What happened!? Why did it happen!? Hooked and waiting for the release of the third, the moment it opened up for us I dove in and low and behold… I wasn’t hit behind the head but instead simply walked into the room. But what about what happened? Why would it not continue from that point? *end spoilers* It almost felt like while there are plenty of ways to end an episode, there’s only one way to start which makes a lot of those choices in regards to how it ends, moot because they won’t matter. I do hope these are fixed even in a later update as I would love for when I eventually replay The Council down the line, for these to follow suit as there’s plenty to explore and one playthrough is clearly not enough to enjoy the full experience offered.

Overall The Council, Episode 3: Ripples is a great continuation to an already great series. With plenty of directions to go and ways to customize your skills, there’s more than one way to go through this series and you’ll need in order to see all variations of paths that you could have taken up to this point as we now wait for the next episode before finally being able to dive into the finale.