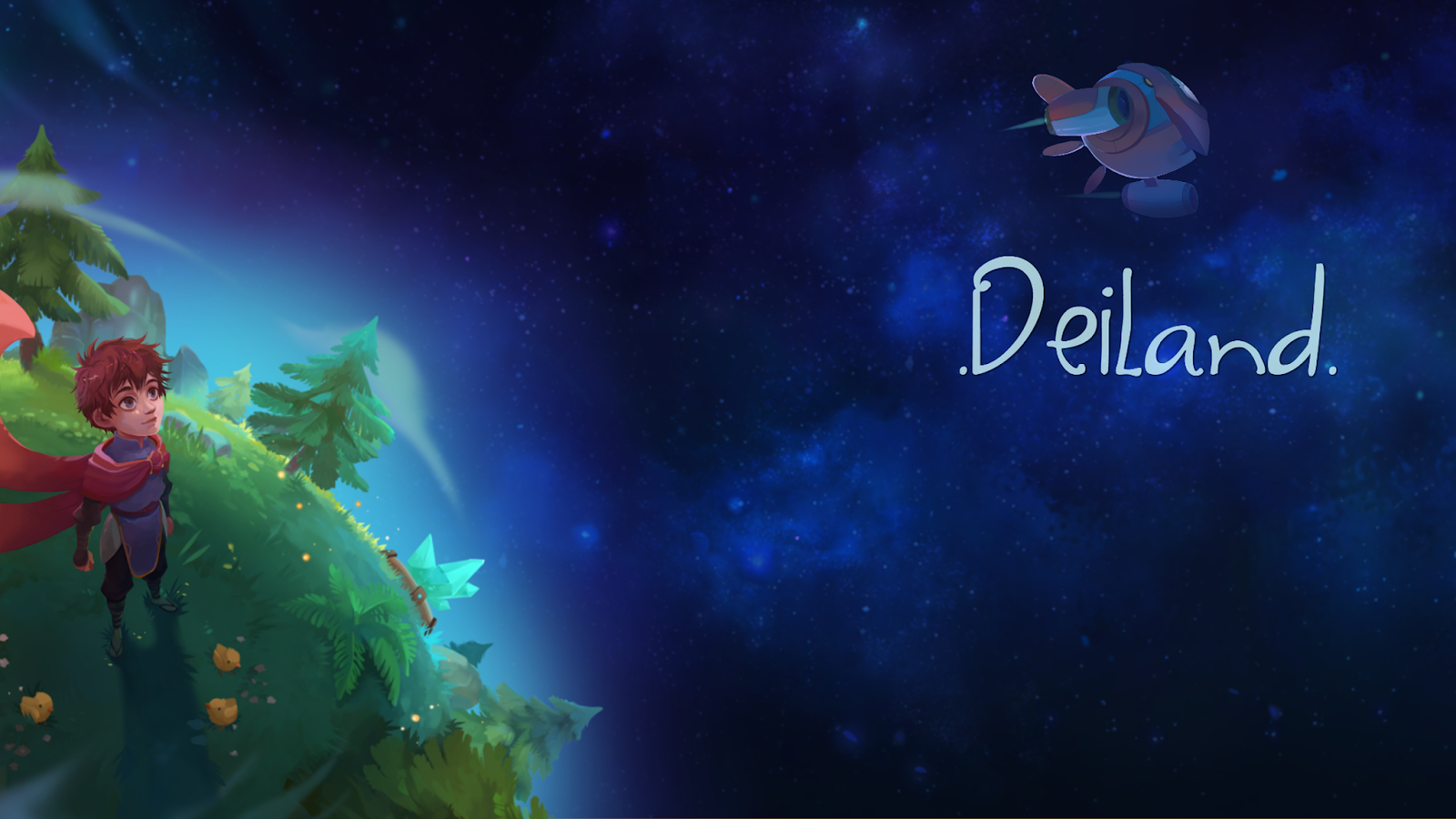 Deiland is this tiny planet floating quietly and peacefully in space. Lived on by just one person, you, everything changes the day that a member of the space exploration forces lands and teaches you how to build tools to better plant your crops, cut down the trees you’ve planted for wood and to mine for rocks and metal. With tools now in your hands, you set about collecting raw materials in order to build newer things so that instead of eating berries you’ll now be eating stew and jello. With all the relaxation through the days and the nights though, beware, as you’ll sometimes have to defend your home and crops against monster attacks.

Deiland is exactly what the doctor ordered for me. Calm and relaxing in a world of “go go go”, the fifteen-ish hours that I spent was more than worth it. While you could rush about, somethings simply take time and there’s an appreciation there as your tool eventually get better giving you access to do more in less time but it also gives you more to do making your simple life not quite as simple anymore. You also don’t need to rush about as you can simply concentrate on one thing at a time and there’s no penalty, you get to it when you get to it. It’s also a relaxing game to beat to full completion as I’m only four trophies short of the platinum doing simply what the title laid out for me. (Edit: It only took another three hours from the point of this writing to get said Platinum Trophy)

At its core, Deiland, titular and your planet, is a simulation. You play the role of a Prince of a tiny planet who will eventually have a house and a barn to sit by his farm. You get to plant vegetables for food, cotton for cloth, seeds for trees or for flowers. Eventually you’ll have a few sheep that you use to get milk which you can then turn into cheese or use to make pancakes. It’s a very relaxing process and hours can go by and you may not even notice it. 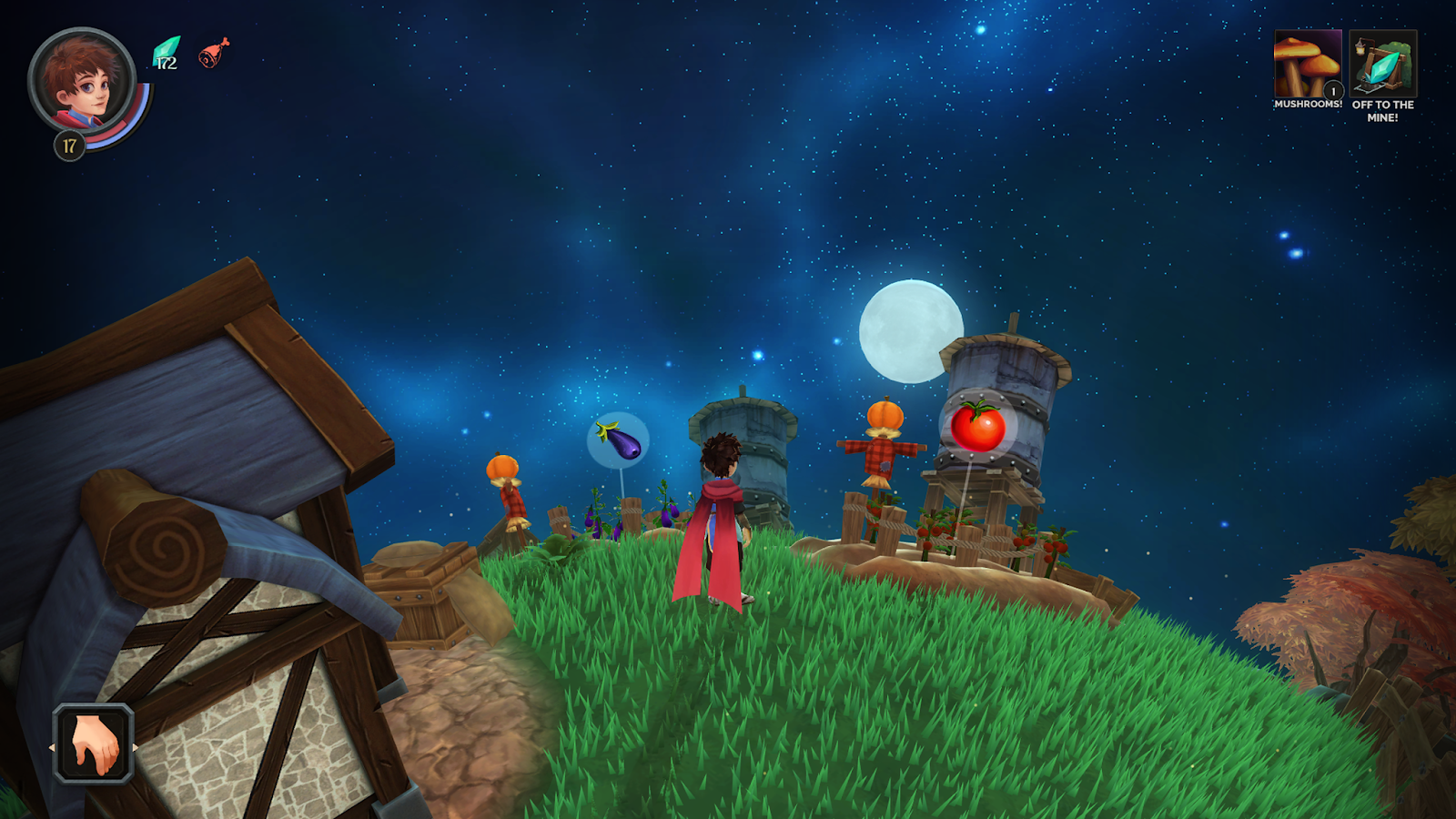 Because you are on this little planet however, getting what you need may sometimes get tricky but patience is always rewarded. After your first visit you’ll soon be visited by a chef, an alchemist and a pirate. Later on there are a few others that you’ll meet on either your planet or by doing something a little different but more on that to come. Each of these visitors however will have goods to sell and “chores” for you to do. Performing these chores will grant you rewards from new recipes to new schematics for your tools making your life easier. While you don’t “have” do to these chores, it’s well worth your time.

Eventually you’ll be able to explore another location that is a lot less simulation and a little more in the action and adventure vein. Here you’ll meet a few other people and while there are monsters to fight for experience and materials, there isn’t much else. It works as a scenery change. As Deiland is more of a simulation than anything else, the combat is kept at a strict minimum and is actually quite basic. You can attack physically with your hands or whatever is held within them or use magic once it’s unlocked. Aside from that, it’s only there as an attachment to the story and while basic, fits because of why it’s there. Why is it there you ask? Spoilers!

It’s with these spoilers however that you eventually learn that Deiland is more than simply a calm and relaxing simulation. There is a darker side to things and it only truly comes out to play once you’ve started to build up your planet, upgrade your buildings and level up as there is an RPG system. You’ll start getting these dark dreams that have a sense of foreboding and as time moves on, you’ll learn more. Not just you’ll learn more, you’ll want to learn more because you’ll want to know what is going on more than you’ll want to grow giant pumpkins for potions! 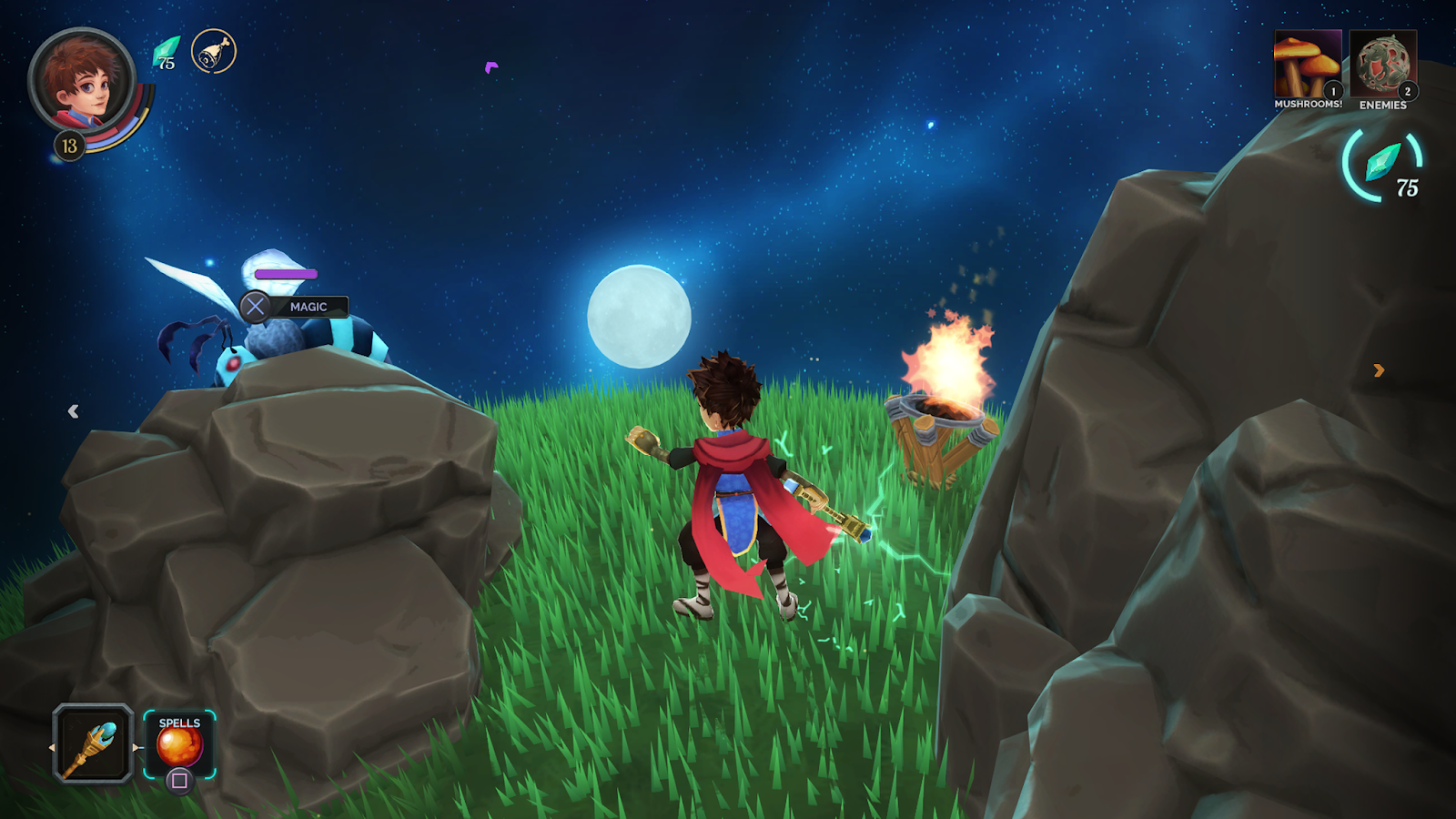 Days turn to nights, nights to days, and it’s only by planting, building and slaying monsters that you’ll be able to level up. Leveling up has its benefits as you get to put points into Strength, Constitution, Agility so that you can have more stamina, hit harder and move around faster. You can also get more Intelligence so that your magic is more powerful and that your prices while bartering will be better. Each system works together nicely.

Because Deiland isn’t very big, you can run across the surface fairly quickly. Because of it being small though, you’ll have to worry about debris coming in and hitting your planet as well as your house and your farm. Being the Price of this world though you can rotate the planet around to avoid the damage to anything important. The best part about this is that if you mine what hits your planet, you can not only get crystals which are used for magic and making jars, but you may also find new things to plant and grow. Some people can only be met this way so make sure to look out for these impact sites! 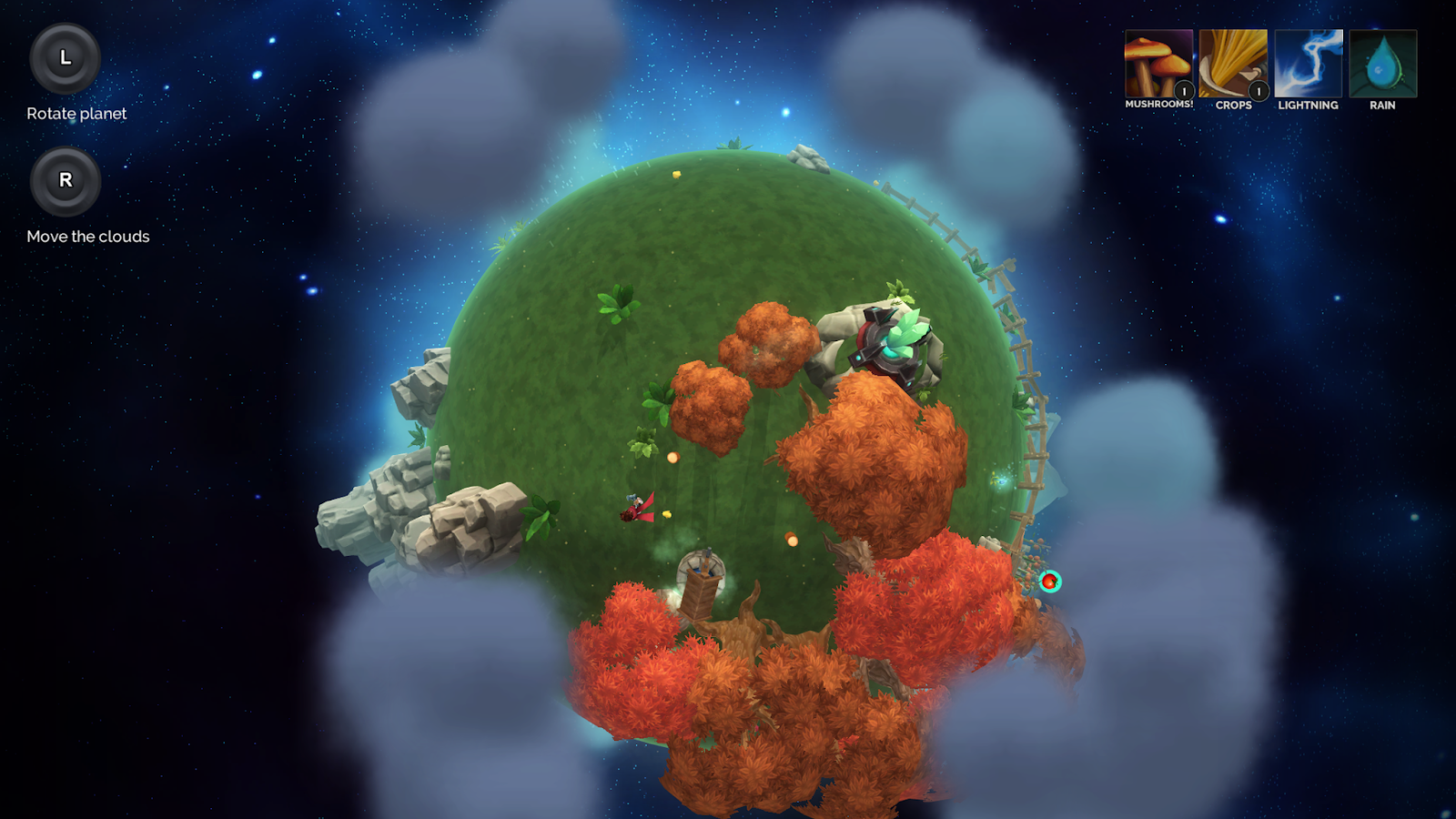 Everything is fairly stable too as Deiland may have crashed on me once and I had to reload because my visitors couldn’t land. Aside from that, the autosave is so smooth you don’t even know that it’s there. Also, I do want to note that it does take a couple hours to realize how well everything comes together as at first it can seem like a few elements simply tossed together into a pot and it isn’t until it’s simmered a bit that you realize just how well everything is intertwined.

Deiland is worth it. If you like relaxing experiences, do it. If you like moving around a farm and growing crops without worry for much else, this has you covered. If you like things closer to Rune Factory or Popolocrois, this may not quite be for you but I would suggest taking a look anyways as while the combat and the RPG may not be on the same levels, it’s fun. So with anywhere between ten to twenty hours of relaxation? This little planet is more than worth your time! 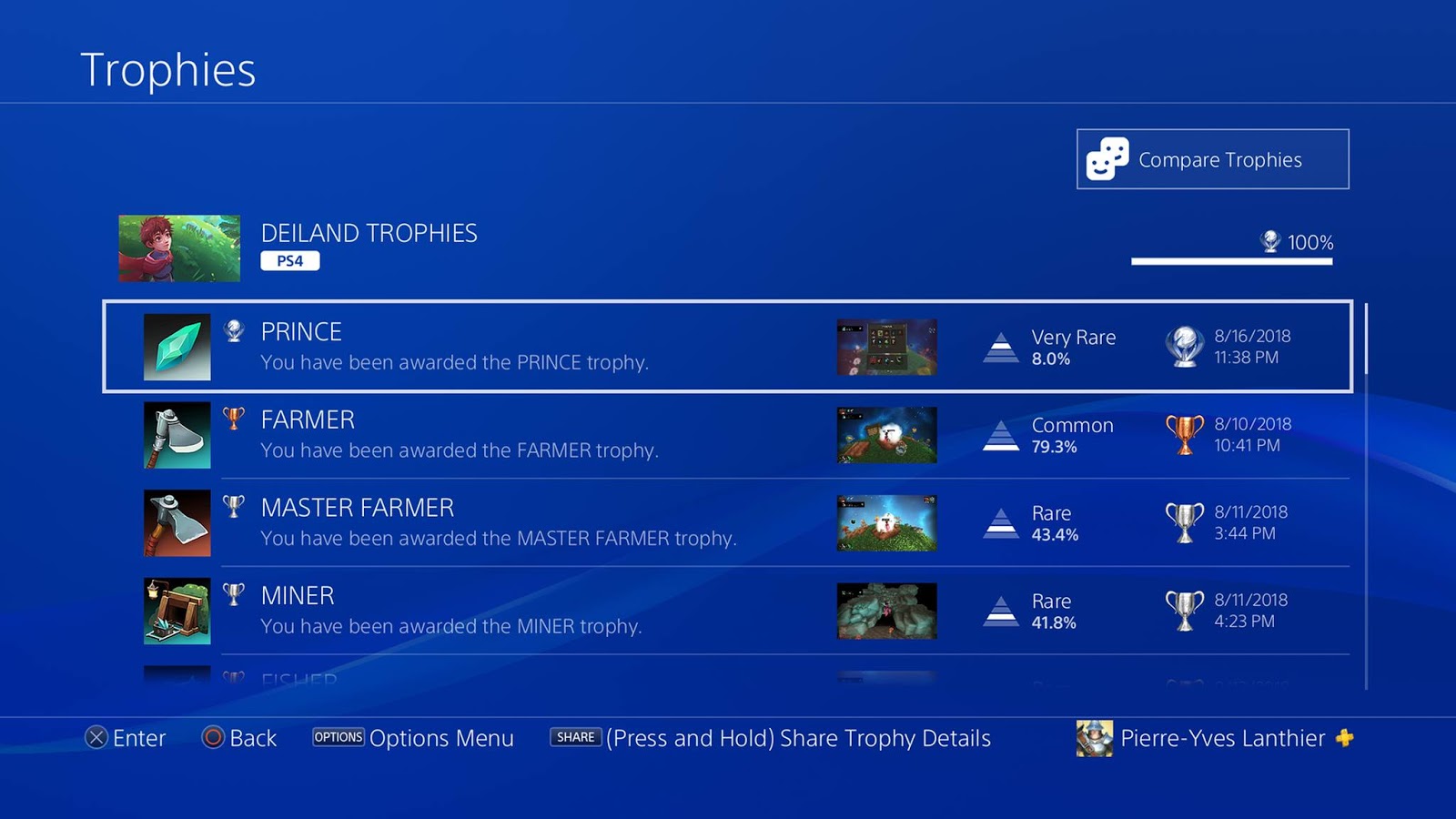 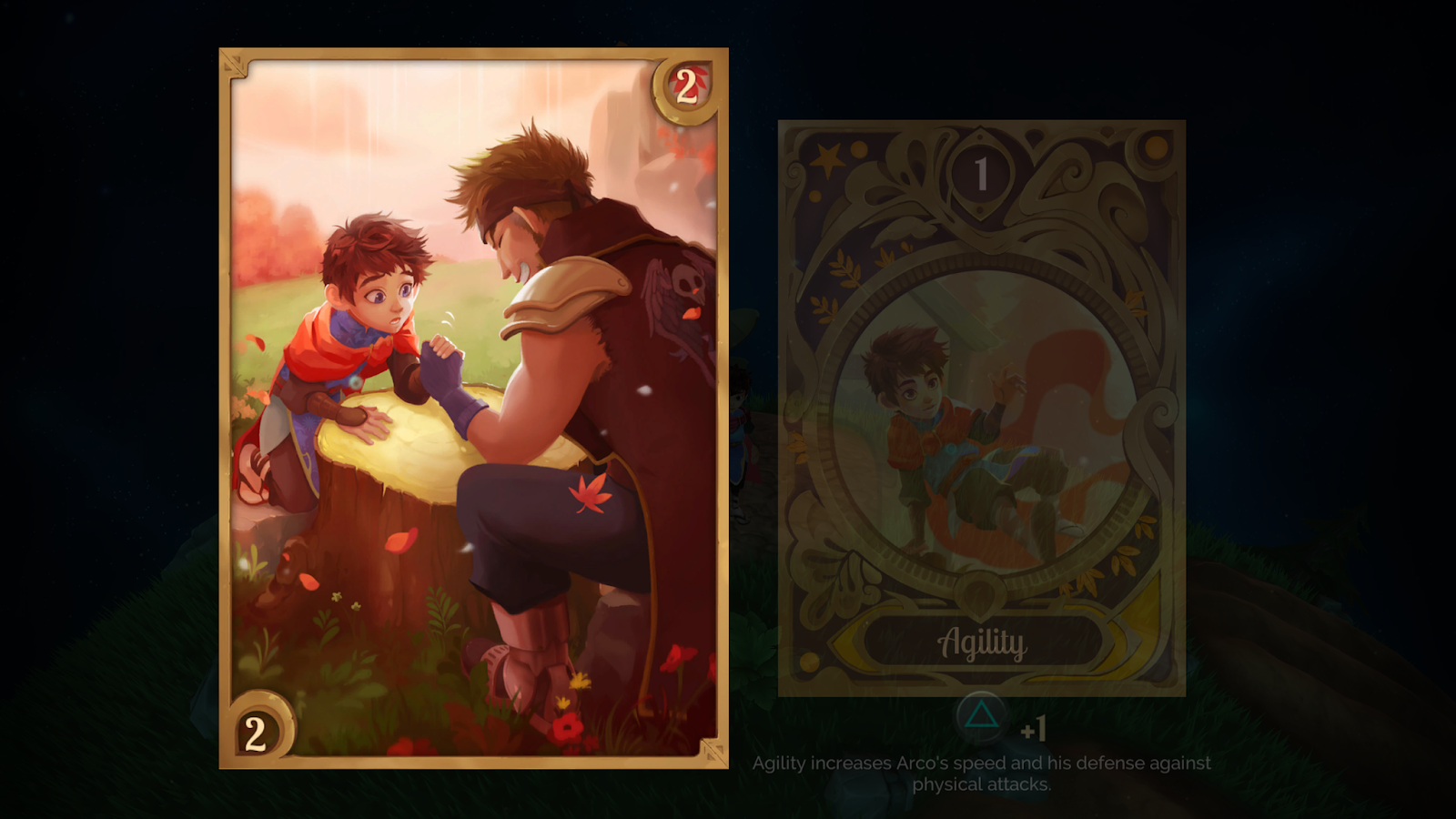 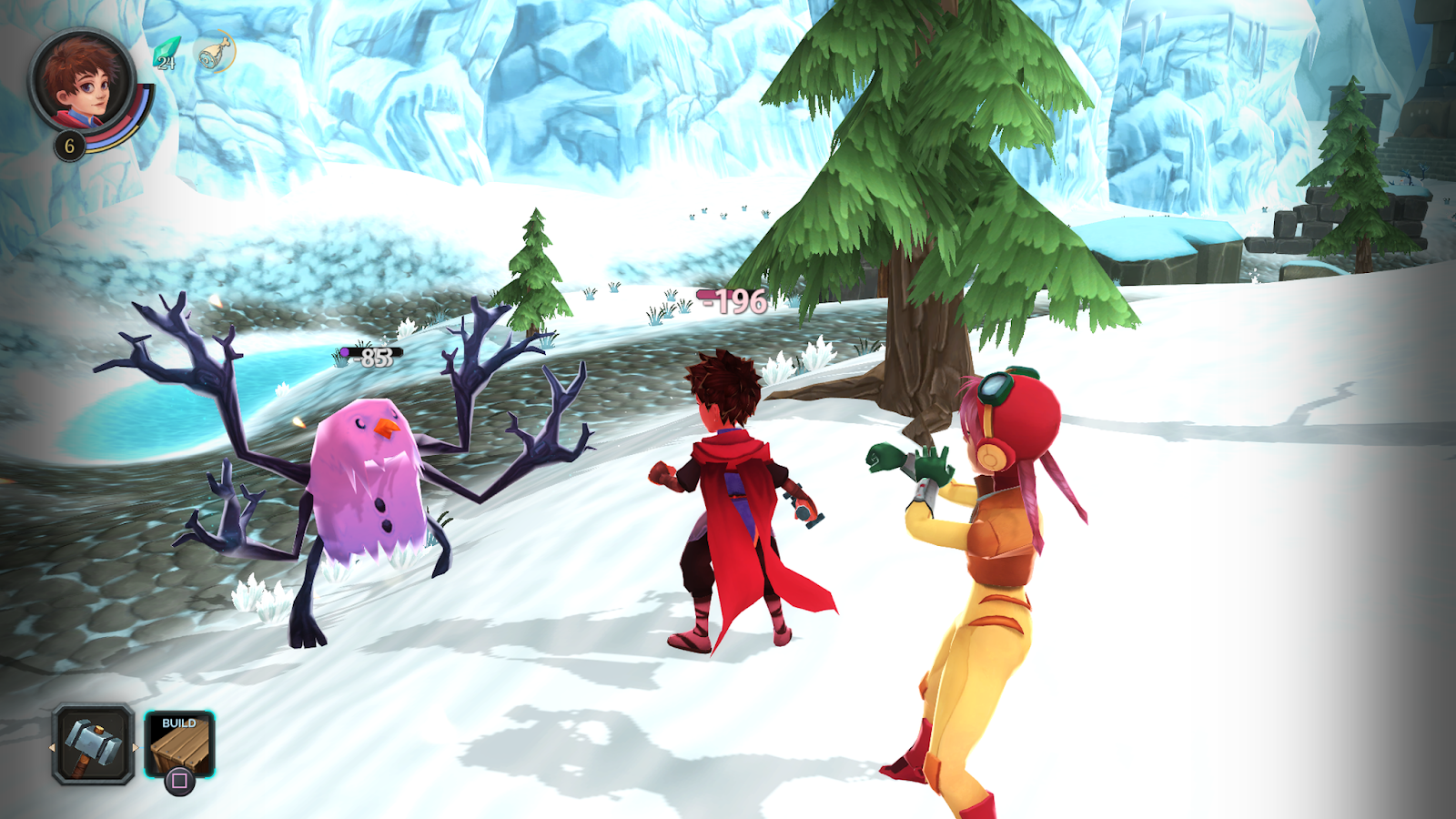 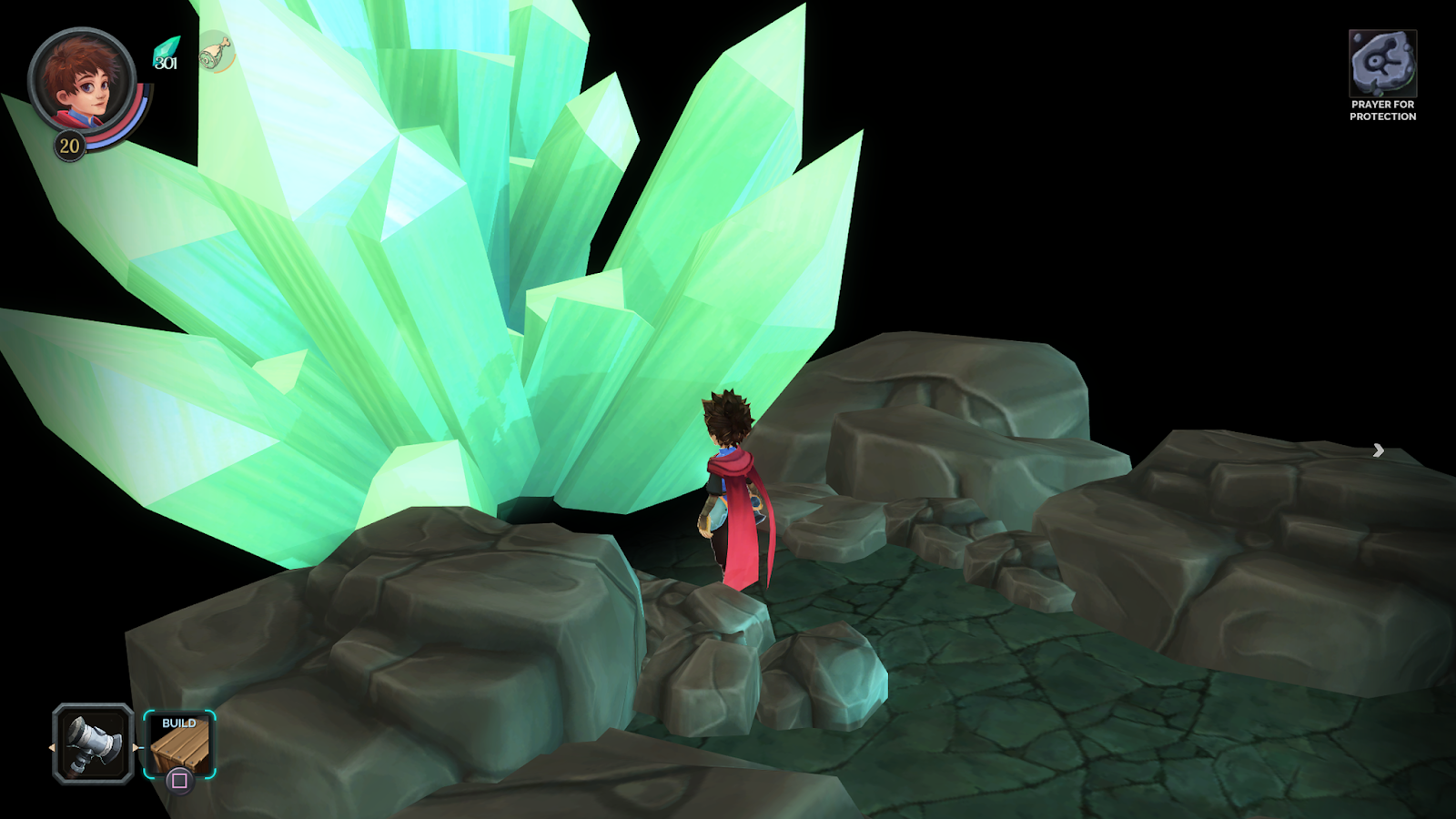