comments Share
You are reading
Jaggy's Corner – The Dreamhack Experience

From September 7 – 9th I attended Dreamhack in Montreal, which is a video gaming convention and competition for a number of esports. Prize pools were offered for Rainbow 6, Starcraft 2 (WCS Circuit), Counter Strike: Global Offensive, Shadowverse, Dreamhack Grand Prix (Hearthstone), and DreamHack Fighting Game Championship (Brawlhalla, Dragon Ball FighterZ, and Street Fighter V). Each competition had its own prize pool.

This was the third time that I’ve attended Dreamhack in Montreal and I was impressed with certain things while other things were annoying.

The Venue – Pros and Cons 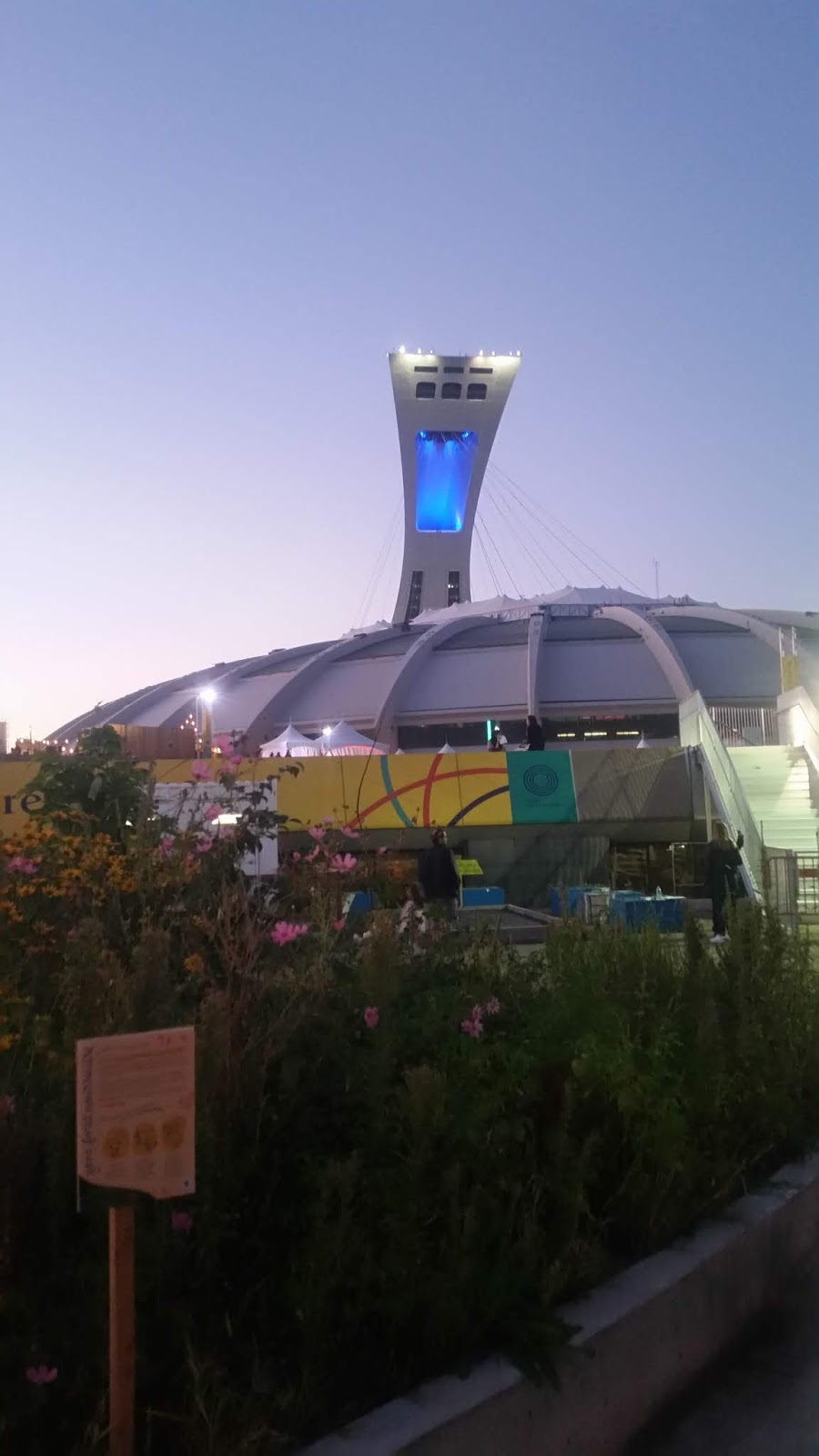 The location and layout of the venue had a bit of everything. The Olympic Stadium is designed with an extremely high capacity and had plenty of parking to facilitate such a crowd. The space was large enough to carry a ton of exhibitors as well as a full stage setup for at least eight different competitions.

Here are some of the pros and cons I found about the venue, but don’t let this be a reflection of my whole experience. DreamHack was a ton of fun and quite chaotic. These points are simply observation so take this with a grain of salt. 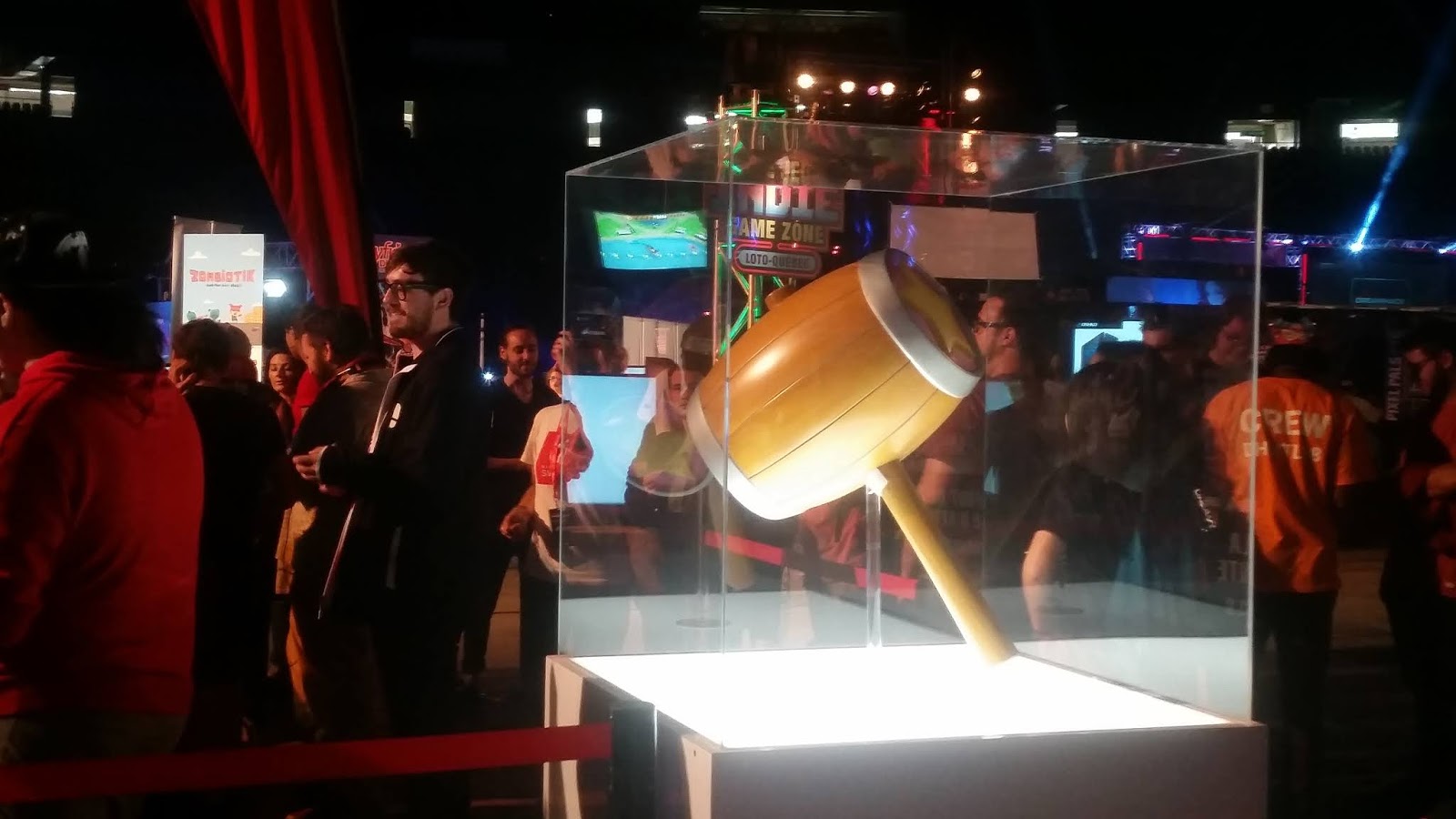 On day one, my friend and I arrived fairly late. This is practically a tradition at this point. Anyways, it wouldn’t be DreamHack if there wasn’t a little drama right when we arrived. (That will be an article for later. Trust me.)

The Sc2 stage was located close to the entrance. It also happened to be right next to the Rainbow 6 stage, which could have been an issue, but it wasn’t. There was a point where our crowd was in competition with their crowd, but that was fine. (We won that battle.)

In fact, this is one of the reasons I liked the layout of the Olympic Stadium. So, props to whomever came up with the idea to face the stages towards the upper seats. As in, most of the stages were not facing the exhibition floor. By setting up the venue in this way, the acoustics of the stages spread out and away from each other, allowing the audience to hear their respective game stage.

Unlike the other Dreamhack events in Montreal, the first day was the time when I ran into most of my friends. Because of the layout and because I was taking a ton of video and pictures, I hardly saw people. This was the only day that I saw the biggest number of my friends. Considering that most of these people I only see once a year, that is a huge deal. Also, part of the reason I didn’t get a chance to see them all was because of that same stage layout that I just praised in the above paragraph. True story.

Overall, I watched a whopping two matches of Starcraft and chatted with people. A lot of the reason for that is due to our arrival time which was roughly 5pm. We walked around, took pictures, then escaped for dinner. 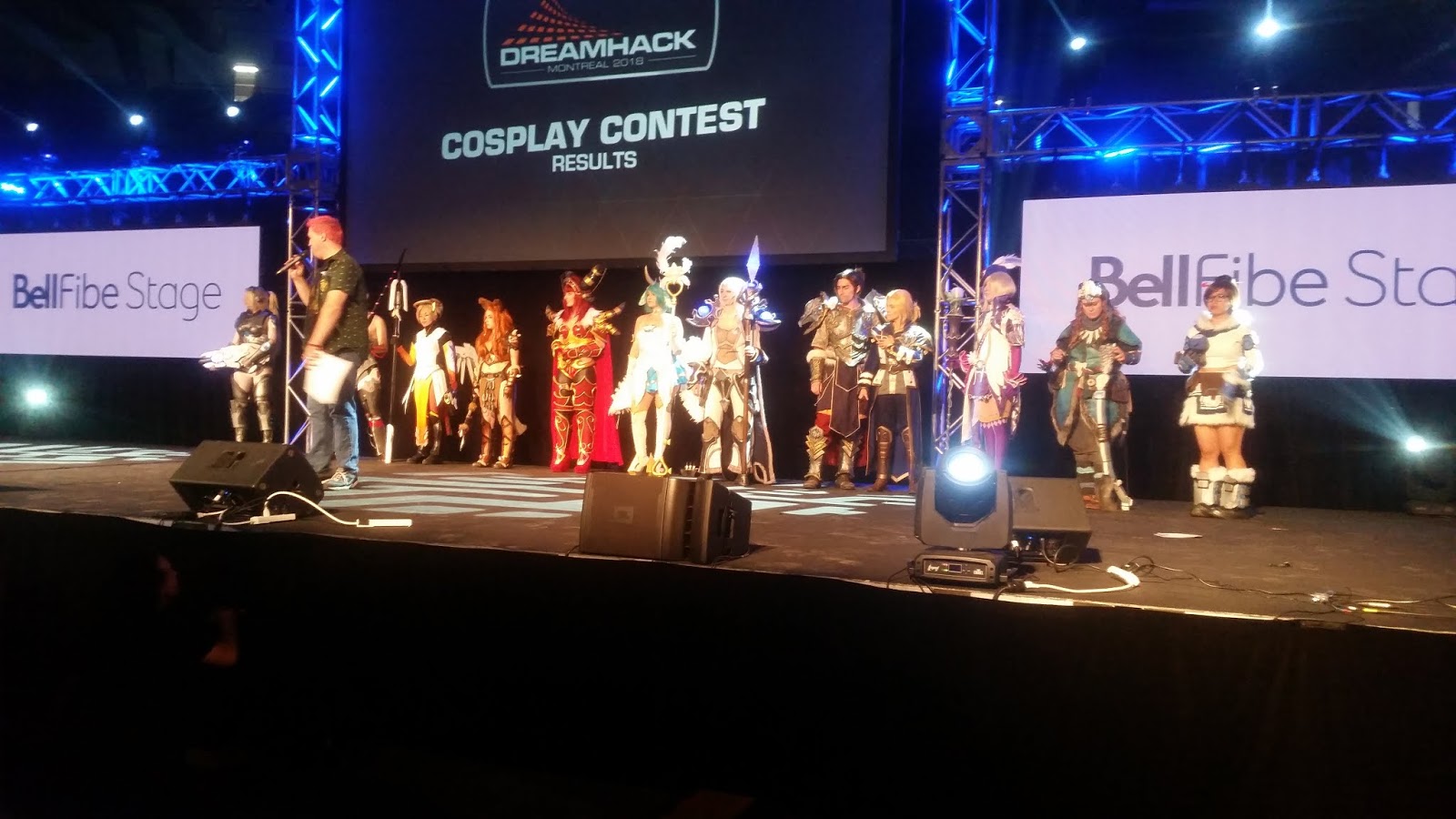 On day two, I spent more time running around than any other day. Not only did we arrive early, but there were tons of things to see. Rocket League had their BOYC tournament, the Bell Stage hosted the cosplay competition, and there was a ton of Starcraft. This was the day I realized which pro players were in the competition. (Even media people can fangirl sometimes…) Basically, I was over the moon.

I took a tour around the various exhibitors like Corsair, Canada Computers, Monster, and Omen. I encountered a vendor “Fire and Steel” that I’ve seen at other events during the year. They sell replica weapons from video games and pop culture. Anyways, a complete list of exhibitors can be found on the Dreamhack website so be sure to check them out.

I spent some time in the Indie Zone watching King of the Hat. This is a game where players have to kill their opponents by crushing their hat. It’s essentially a fighting game but it looks fun as hell.

Also, Saturday was so busy for me that I ended up seeing only one match of Rocket League, one series of Starcraft, and the cosplay competition. The rest of the time I ended up tracking down people or food. Honestly, it was a noble quest!

Anyways, later that night, several of us ended up at the Meltdown. The owner remembers some of us from previous years, which is always nice. The people who hang out at the Meltdown are all gamers and are like family. Everyone is there to relax, drink, and chat with other esports people. So, if you haven’t been to the Meltdown before, check out their website and try the Blue Flame Hellion. That is all. Just do that. 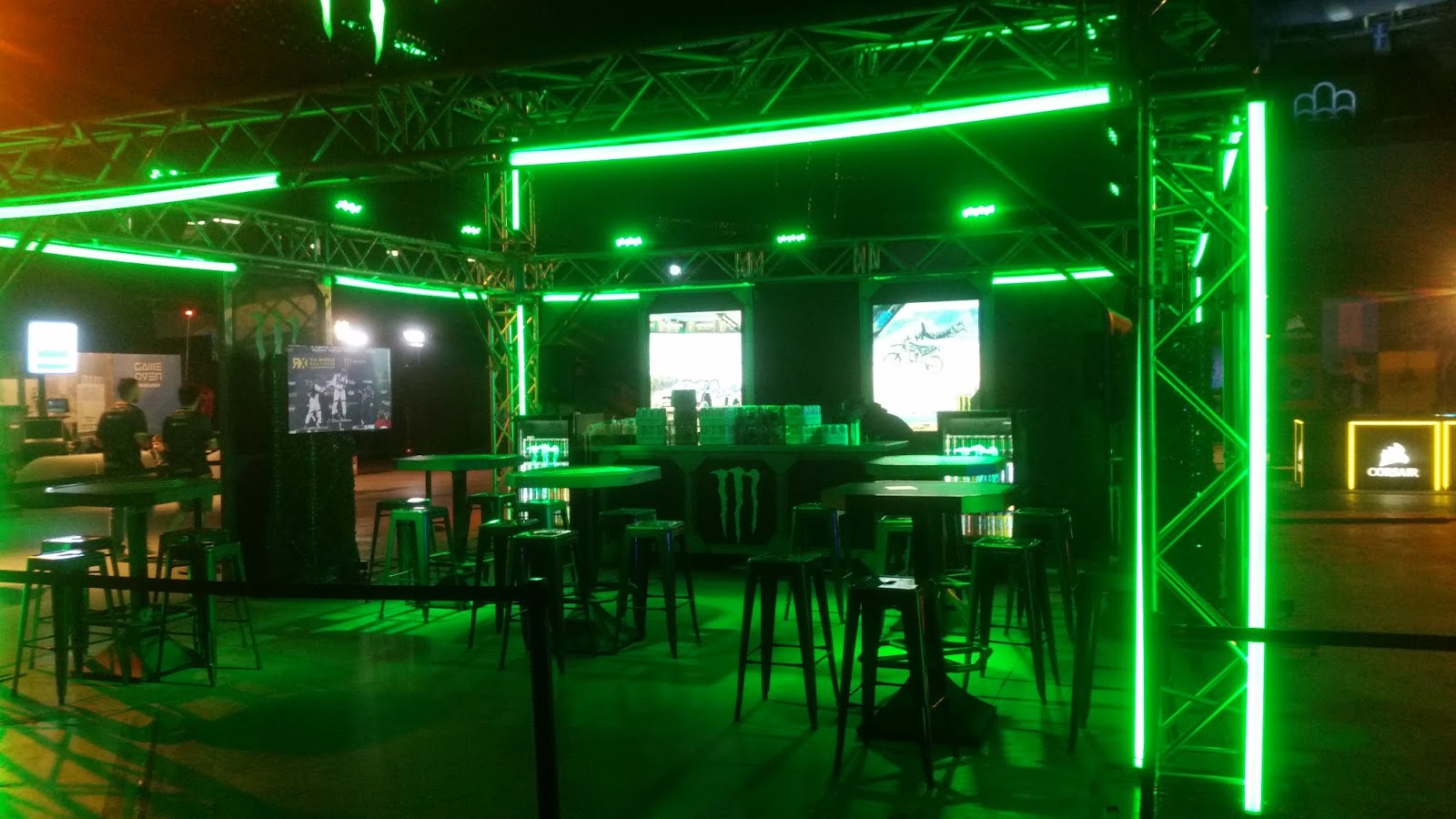 Since we had a monstrously early day on Saturday, Sunday ended up being a bit of a lazy day… sort of. Once again I spent time taking more video footage, chatting with exhibitors, and then making it back to Starcraft for the Grand Finals. In fact, my phone was on the verge of death. So when the finals hit game six (which was a 30+ minute game), my battery had died. Thank goodness for the fact that the casters took a five minute break, which was just long enough for me to run back to the media room to partially charge my phone. I ran back out to the stage managing to get the winner and the interview on film. 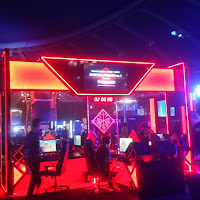 Dreamhack once again impressed me. There were tons of exhibitors, great friends, a distinct lack of sleep, and plenty of interesting things to see. In fact, when my friend and I went searching for dinner on Saturday, we ended up in a little community garden that was on the property of the Olympic Stadium. This small piece of heaven was much quieter and was hosting an open mic night. Truly this is part of Montreal’s charm because it isn’t for their driving…

Don’t forget that DreamHack hosts several events each year and in many different countries. Be sure to follow their Twitter for future events!

Here is a video I put together from the event. Enjoy!