In some respects, the nearly-20 year old Shenmue can still hold its own when compared to today’s standards. In a time where gaming was advancing at speeds rarely seen it was fairly easy for Shenmue to fall through the cracks. Released in the craze of the Y2K scare on the Sega Dreamcast, Shenmue had the distinction of being the most expensive video game for the time. Though it had an intense cult-following and positive critical reviews, Shenmue was deemed a commercial failure given the expense of development. With the “remastered” re-release of Shenmue, fans far and wide get to walk once more through the mid/late-1980’s Japan, Hong Kong, and Guilin (China) as Ryo Hazuki in an extremely atmospheric and gritty open-world adventure game. Though there are a few technical oddities, Shenmue most brings to light just how different gaming in 1999 and gaming in 2018 really are.

When Shenmue was originally released I was deep in the throes of StarCraft, Final Fantasy VII, Final Fantasy VIII, Final Fantasy Tactics, Unreal Tournament mods, and was eagerly awaiting the release of Diablo 2. Since I was so stuck on some of the “greats” at the time, I failed to really see much about it in the days of the early gaming internet. In playing the 2018 port of Shenmue I am almost thankful that I did not play it as it is far more mature than my late-teens self would have had the patience for. Other “epics” at the time, like the Final Fantasy games, Legend of Dragoon, Legend of Gaia, etc. had a whimsical feel to their more mature undertones; to be frank, Shenmue’s magic would have been lost on me. Cinematic gameplay, gritty world-building, successful open-world experiences that show a living, breathing world, and, to be frank, the popularization of the worst gaming mechanic in the history of video games, the quick time event (QTE), can in many ways be directly drawn back to Shenmue. There are times where I would experience a distinct similarity in camera angles and the on-screen character’s movements/actions to more modern cinematic games like The Order: 1886. Though Shenmue may have been a critical failure, its influence throughout gaming can absolutely be felt. 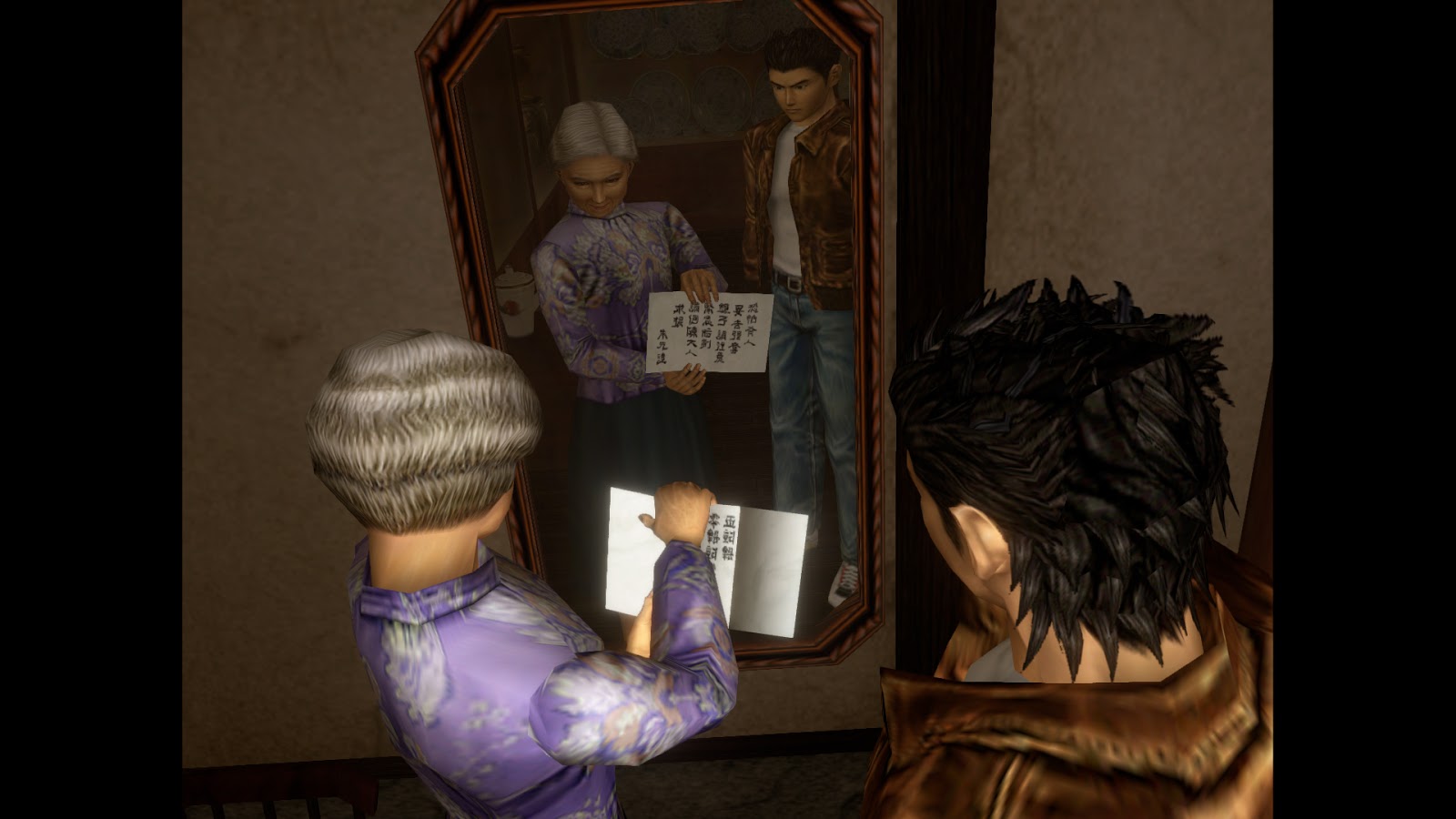 That brings us to today’s re-release of Shenmue … In some cases, revisiting the past and replaying the original source for some of the staples in gaming can be a crude experience. Outside of the horrifically up-sampled audio in Shenmue, abysmal keyboard controls, and janky ghosting that can happen, it is actually quite the opposite. Take open-world gaming; the meaning of that today has a very different meaning than what it was in the mid-late 90’s. Today “open world” essentially means “any game that provides non-linear, open worlds to explore” and in many respects, pre-Shenmue “open world” generally meant that a game had an overworld map or wide-open spaces as opposed to the oft-linear worlds (i.e. “levels”) of the time. Shenmue is a grand mix of the two, being relatively linear (or extremely linear when compared to open-world kings like Read Dead Redemption and Grand Theft Auto) due to technical limitations, and being amazingly open as nearly every single person in-game seems to have their own little world that they are a part of. Common comparative titles in today’s standard would be similar to that of the open world franchises of Ubisoft (Assassin’s Creed, Watch Dogs, Tom Clancy’s: The Division and Wildlands, Far Cry); for as “open world” as they are, the locales are quite linear. Almost as if they are just one big level with little depth. Shenmue manages to master the real openness of a modern Grand Theft Auto or Watch Dogs, while placing it in the linear, level-like mazes of a From Software ‘Soulsbourne’ title.

Shenmue’s worldbuilding, while excellent, can still be too focused and linear for true open-world excellence; the idea of “free-roaming” was just beginning to be borne in action games and Shenmue is a little rough around those edges. Where exploration is key, there are times when exploration for the sake of exploration can be off-putting, monotonous, and tedious and there are plenty of points throughout Shenmue that this happens. Worse yet, if you are not used to the grindy-exploration of traditional JRPGs, the requirement of hunting and pecking through every open door or room might be engrossing the user in the local lore, but it does so by hindering forward progression and is, ultimately, meaningless. It was refreshing though, to see the lack of button prompts for exploration; Shenmue is from a different age and as such does not coddle the players the way games today do. In fact, there is next to no tutorial and if you want to explore or discover things, you will need to go about slamming buttons/keys on literally every surface until Ryo opens something up. It is GLORIOUS. No waypoints, no prompts, not a single damned “quality of life” function that cheapens the experience by pampering the player. 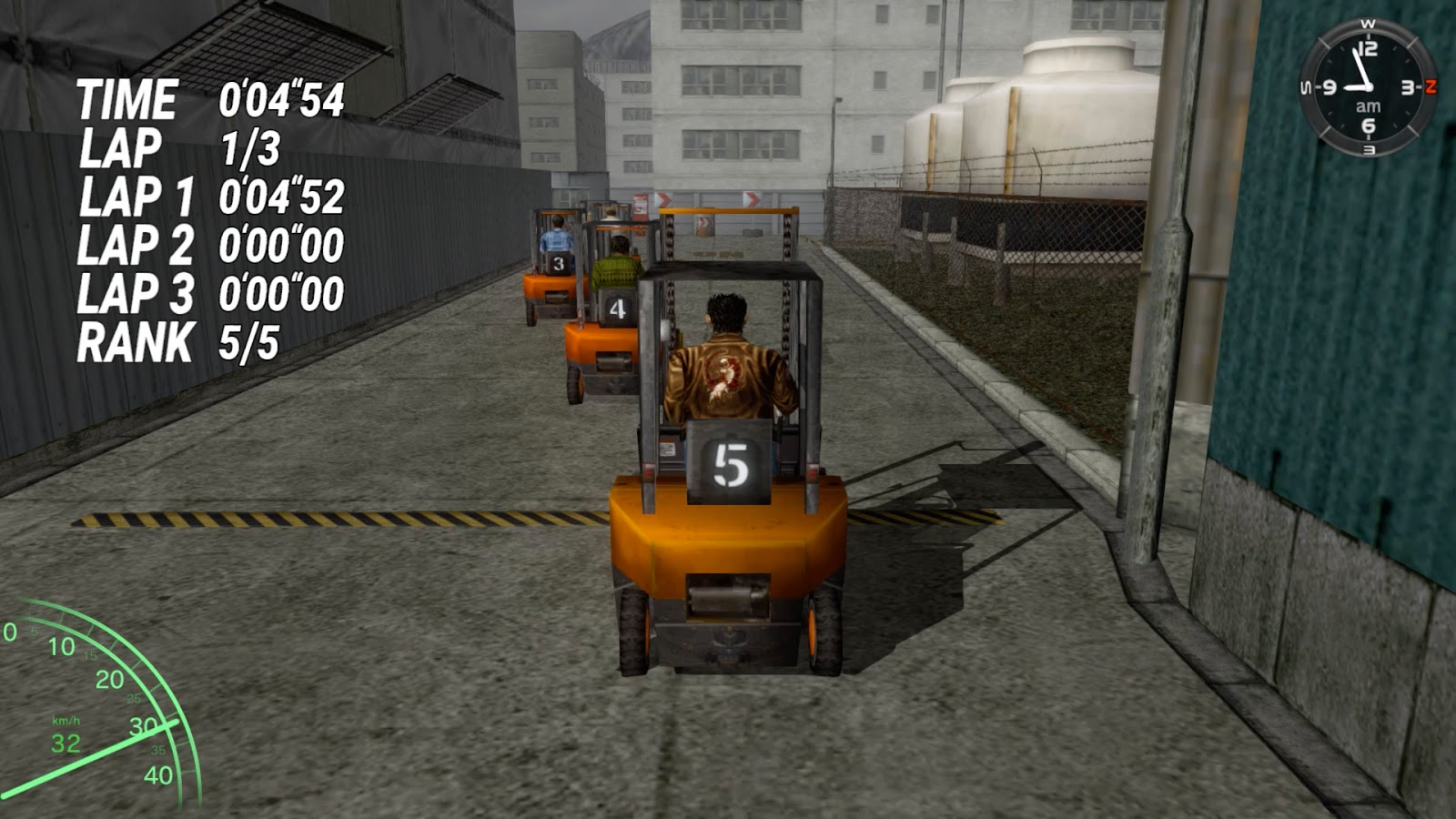 For all of Shenmue’s excellence, none of it can be specifically attributed to it being brought back from the dead and added to modern consoles. However, the warts of Shenmue most certainly CAN be pointed at the port. For one, the keyboard controls are absolute and utter garbage. Please for the love of all that is holy, if you intend to play Shenmue on PC, do so with a gamepad / controller. Just thinking of the keyboard controls makes me want to go clubbing, and not in the dancy-dance fashion, but in the poundy-pounding fashion. Speaking of poundy-pounding, fighting in Shenmue while fun and VERY Virtua Fighter (huh, go figure … since you know, Yu Suzuki was a part of both), is extra-strength garbage with a keyboard. Other noticeable deficiencies? Oh lawdy the audio. Though it is in itself engrossing, it is also like listening to old cassette tapes that have long-since passed their prime…. Out of old and blown speakers. The up-sampling has a hollow, horrific sound to it. On the other hand, there are some GREAT one-liners … “Okay, let’s get sweaty!” and one of the better OSTs of the original release era (if not the best OST on Dreamcast) Lastly, on PC if you set all graphics options to the max, everything goes ghosting mode where the motion in-game goes all pasty-white, as if the contrast is off, then everything has this after-image that appears. It is the worst. Setting the game back to default settings and running it at 720p or in Windowed mode helped (mind you, I am running it on a system with a GTX 1060 8GB in it, sooooo yeah, not hardware related from what I can tell).

Outside of the relatively minor technical issues, Shenmue retains the magic it originally brought to a generation of gamers. A generation of gamers so fiercely dedicated to the franchise that they hounded Sega until the massive publisher and one-great console creator relented to bring the franchise back to life. With the re-release of Shenmue 1 & 2, players can relive one of the most influential games in the business… and the fun part? It plays and feels like such a 1980’s action flick that I would sing up to watch an episodic TV series of the game.