Taking right off from the end of Shenmue, Shenmue II starts off with Ryo getting off of the boat he took from Japan in order to make it to Hong Kong. “Some time” has passed as you don’t simply sail from one to the other overnight so it is no longer 1986 but instead the start of 1987 when Ryo gets off of the boat.

Just from here there is already one major improvement as you can skip scenes. This was a bit of a pain in the first especially if you lost once or twice in a fight and had to watch everything all over again. More than that, my biggest issue with the first is no longer an issue as you can buy maps of the area that allow you to see where you are at all times through an minimap in the bottom left corner. Having released two years after the first in 2001, Shenmue II really has some upgrades even if the visuals look a slight notch lower as the details in Ryo’s face are not as pronounced as they were in the first.

Because, and let’s be honest for a moment that it doesn’t take much for Ryo to get into trouble, it won’t take long before you’re thrown back into QTEs chasing after your stolen bag or Free Fights in which I hope you remember your move sets because you’re going to need them! The QTEs start off quick but give a little bit of leeway and like in Shenmue, they fit. They don’t feel tacked on. They don’t feel like lazy development. These QTEs were designed with a purpose and really make the experience more cinematic as even if you “fail”, Ryo will find a way back to his feet to continue. The only thing flunking a QTE normally gives is your opponents a fair shot at your face or the chance to run away. 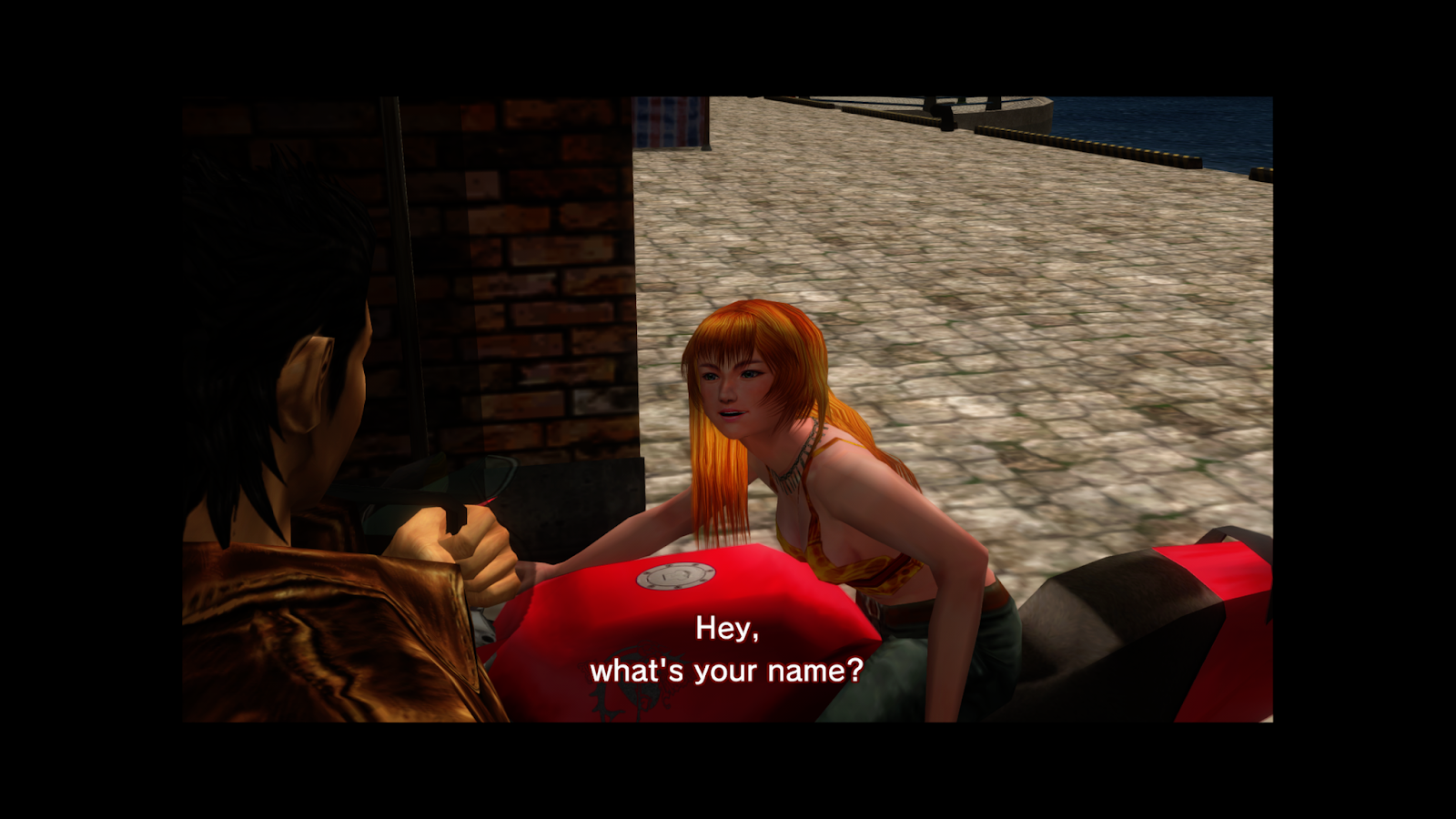 As for the Free Fighting, I’ll be damned if it isn’t even smoother than the first. Better yet? Each opponent now has health bars so you can see how much more you need to do before taking them out. Multiple enemies? Each is color coded so you know that you aren’t simply hitting the same one. Having their health now displayed also shows you how much damage your own moves really do and what’s worth going out of your way to pull off compared to what isn’t in a sticky situation. Example? The Tornado kick is useless against some foes as their punch to your face will interrupt it. In these cases it’s worth more of your time to use some of your new Ta-Chi moves which pack a hell of a punch.

Compared to Yokosuka, just about the entire location of the first, Hong Kong is something else. It’s bigger, it’s twistier and it’s even more lively especially with the bikini topped ginger motorcyclist Joy almost running you over a few times. With how far the realism was targeted within Shenmue, Shenmue II takes it more than a step further on its scale. I had just been blown away by a cult classic and now with the entrance into the second even more so. The overall scale is larger and while the overall graphics may be lower, the performance is even smoother. The same can’t be said for the voice acting as it’s still horrible but in a good way!

Keeping in mind that this is just part of the first day? Wow. From there however you’ll be into uncharted territory as unlike the first, you are now far away from home and even after your stolen bag is recovered, you’ll need to find money in order to pay the hotel rent for where you’re staying. While visiting the pawn shop may net you a few dollars for the first night or two that you’re there, you’re going to need to either get lucky gambling or get lucky with a part time job running a gambling game that you only make money if you win. I had to keep a few save files running as my luck is horrible and more often than not I didn’t make any money! 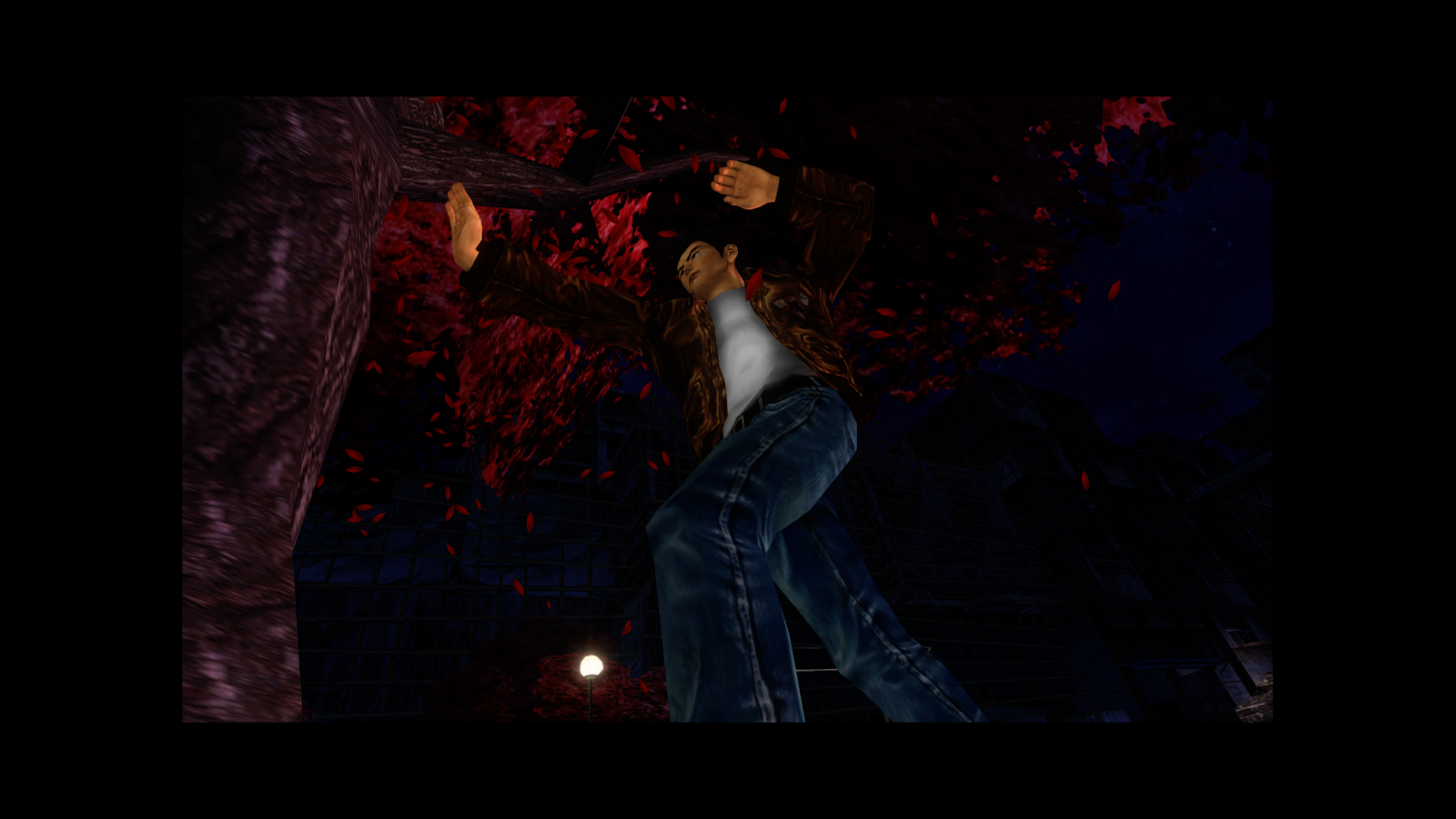 After the next morning came though I almost halted my adventure right then in there. While thankfully not an 9-5, you are set to work in another dock hauling crates with another man in the form of a really, REALLY, awful set of QTEs. The range of motions from this doofus could be infuriating. Why for the love of everything would you go left to go right other than to annoy the hell out of me? Anyways, after a few in game hours pass, the shift is over, you get some money and it’s enough to get you through another few days of living in Hong Kong.

This thankfully doesn’t last for long as the next morning I didn’t go back but instead set forth looking for my path forward. Having sold a bunch of toys that I had on hand at a pawn shop, I had about 200$ in Hong Kong currency allowing me to buy a few more maps and get through a few more nights at the hotel which charged 38$ a night on Joy’s discount. After going back and forth through the city to learn about Wude, you end up finding one the masters that you were searching for and at the end of that “quest line”, you start crashing on her couch for free. No more money troubles. For now. Just more work as now only is her skill leagues above yours, she puts you to work for having put you up for the night.

The adventure though is solid and the improvements from the first are clear to see. Shenmue II doesn’t feel as much like a “sequel” as much as it feels like a continuation of the adventure because of where it takes off and how it simply made adjustments, for the better, to the systems already in place. A perfect example is that even with a built in minimap that you can load up, the map itself that can be loaded from inside your inventory, AND the maps scattered throughout the city, you may still find yourself getting lost and have to ask for directions. Now instead of having to find just the right person, that person, if they are feeling nice enough, will lead to you to where you’re going and all you have to do is follow them. You can do this in a first-person mode and walking forward will automatically make you follow, or you can do it in third-person and just try to not lose them in the crowd.

Continuing right off from the first and making a series of improvements, Shenmue II is a hell of a title. Adding in the fact that the first and the second have been re-released together just makes for a complete fantastic experience as it really was ahead of its time. Now I’ll be honest that the controls could be a bit clunky, the visuals are a bit dated and the voice acting is horrible. But, considering that these were from 1999 and 2001, on a console no less? There are plenty of elements throughout both that can be seen even now in “modern” gaming. If you look at it from an up front face value? It could look like nostalgia was playing a huge part for many people. Having never played these until now? I’m un-biases on that front and can see these two titles for what they are. Works of art that in one way or the other have helped shape gaming into what we have today with its ideas.

When it comes down to it all though? Shenmue I & II are fantastic and must plays. The character designs, the efforts into the locations, the various gameplay systems from the QTEs which are actually good to the Free-Fighting system that is among the best that I’ve ever tried. All of it, comes together so well that it’s sad to think that it was a commercial flop and that it took this long for the series to come out to KickStarter in order to once again see the light of day. I’m quite looking forward to the third once it finally arrives.