The Banner Saga is a series that has seen an incredible journey. Started off by Stoic Studio and published by Versus Evil back in 2014, this “hardcore” Strategy RPG has had me in tears a few times because of hard to make decisions that could inadvertently have people you care for die on you. Simulating life’s hard choices in a Norse-like Fantasy RPG, you can’t go back once you’ve taken that step forward and you have to live with the consequences for bad or worse.

With the trilogy having now come to completion, there was only one way to dive into the third and final chapter. Taking it back from the top, settle in for a story as here is our complete review of the Banner Saga trilogy continuing with a look back at the second.

The Banner Saga 2 starts right off where the first one ended. Having built the ships to escape the Dredge, even if the Sundr Bellower was defeated, Rook now sails towards the human capital with those that have followed him so far and those new to the journey.

In a lot of ways The Banner Saga 2 plays a lot like the first but smoother due to the refinements to the systems. The load times are shorter, the animations are smoother and it all leads to a more pleasant experience as you take turns leading both of your main protagonists Rook and Bolverk once they go their own separate ways. Like the first, it’s a nice touch to see more than one point of view but more than that, it leads to different situations as Rook’s group contain a lot of archers and a generally larger group off the bat while Bolverk has a lot of heavy hitters but they have to walk up to their opponents first.

One huge improvement compared to the first is that it requires less renown in order to level up. Now instead of costing a whopping 20 to level up from 4 to 5, which is a huge cost for leveling up, that cost has been reduced to 9 allowing you to level up two units for the same cost. Taking it a step further, most of your character’s stats after the first adventure are near capped out by level 4 or 5 so now instead of having useless points, each stat type:

Can now all obtain boosts such as deflection bonuses or higher possibilities to perform critical attacks. While at first it can seem a bit “meh” for lack of better words compared to stating out a character, these new abilities can be life savers at times especially if your chance to not be taken out kicks in keeping your character on their feet. 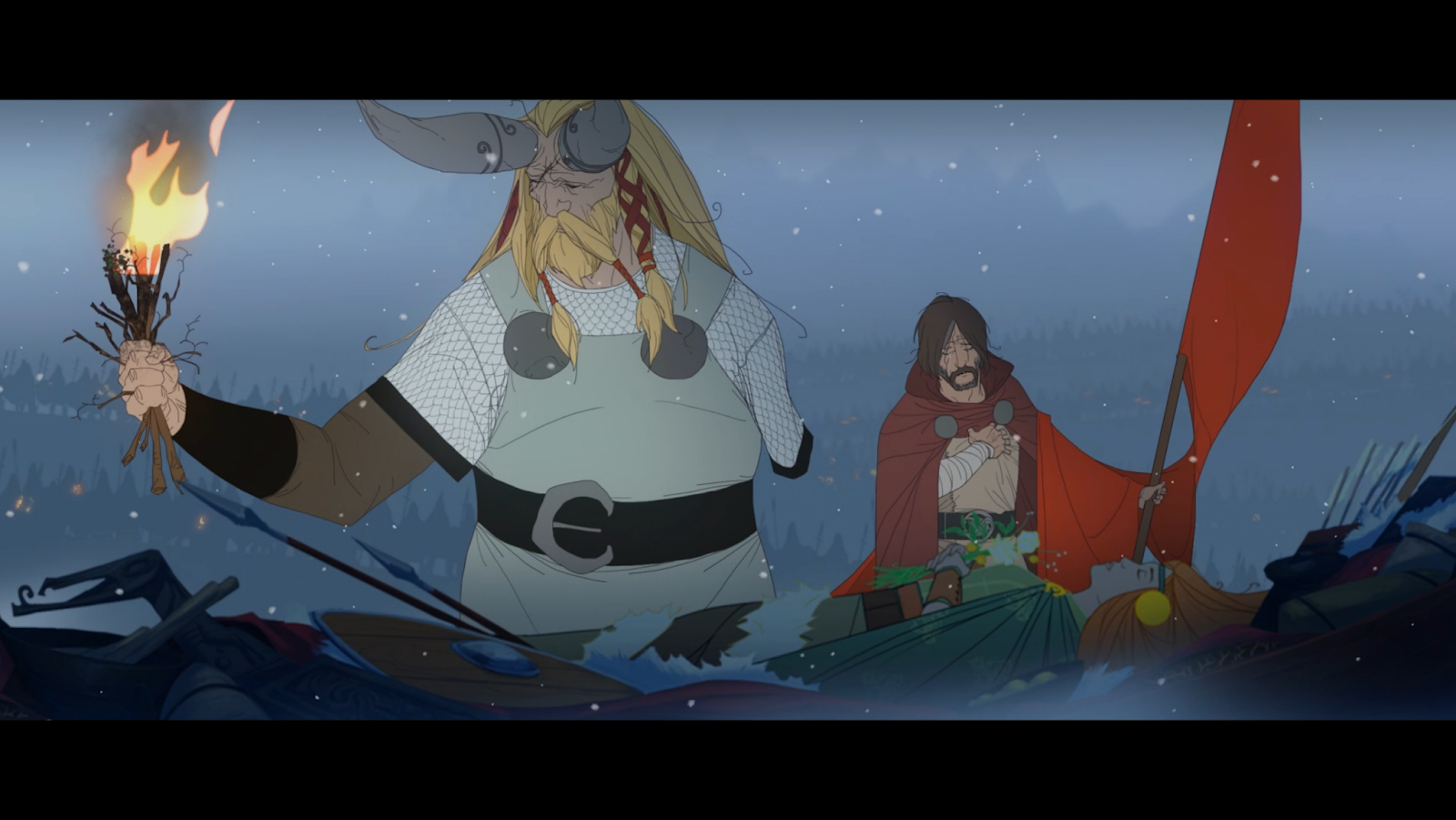 Also compared to the first you are now in charge of exactly how your caravan operates. You need to find the balance of civilians and soldiers as just because some can’t fight, doesn’t mean they are useless to you. At least not anymore! Compared to the first, those that have joined your caravan will scrounge and collect resources for the rest so that they aren’t just a burden on you as you move away from the dangers of the roads and the water. This allows a lot more liberties with your renown in order to level up while giving you just a little more leeway and less stress on the roads. At least from a supply point of view.

One thing that felt natural but didn’t quite clue in until a few hours in this time around was how many “choices” you have to make. Unlike the first there are a lot more choices that will affect your journey and sometimes they keep hitting hard and fast making you wonder why they weren’t more spread around. This isn’t a complaint as it does fill in a lot more of those long caravan movement moments but it would have been better for these to be a bit more spread out than shotgunned one after another.

One thing stands out above the rest. While the journeys are hard, and the choices at times heartbreaking, there are some lighter moments if you can find them. In my case, I was able to finally bring some happiness to Rook with Oddleif if you’ve managed to keep her alive for this long as it is sadly possible to lose her in the first. Rook having had to watch his daughter die is a mess at the start and this starts to heal his heart. These moments are worth so much more than the rest because of how rare they are as it they aren’t simply just another stab in the proverbial heart. 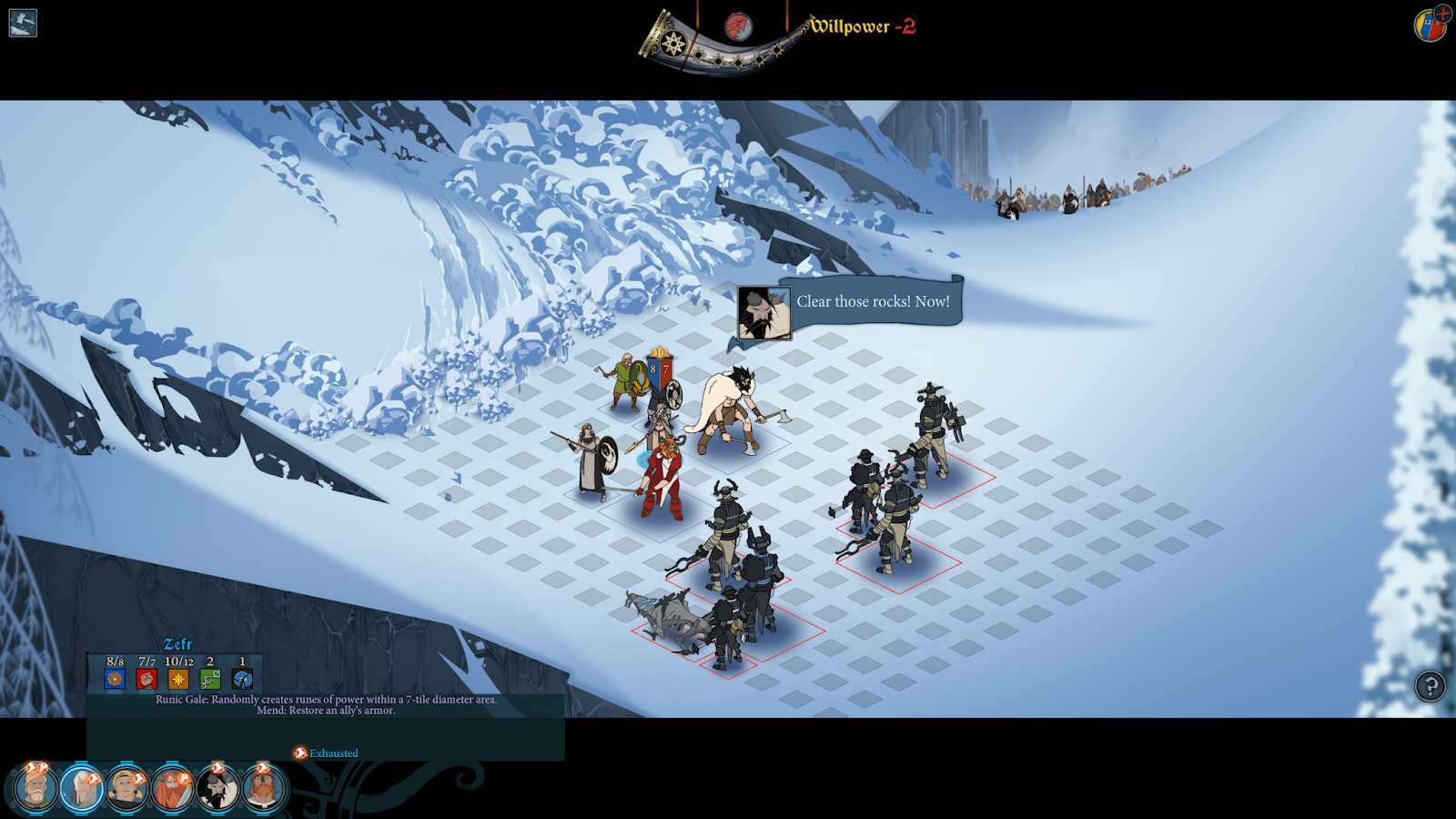 In regards to the proverbial heart however, if you didn’t manage, I’m not sure if the cockroach can actually die mind you, to get rid of “The Governor”, he’s going to be a right pain in your side for hours to come. I should have let the douche drop off of the bridge when I had the chance. Did I? No. Why? Because it would have meant a greater loss of life and Rook is a better man than that. Well at least my Rook is a better man than that which continues to show how much effort was put into The Banner Saga. Your choices big and small affect a lot of different aspects and while they are “the click of a button”, you have to live with them.

I was originally a little worried about how things to go from a combat perspective because the system was so well designed but, where does it go from there? Units have their armor and their strength which go into math in order to determine damage, units have leveled up further, new items are acquired, but wouldn’t it all be more of the same? You take a turn, they take a turn and it’s just the same song and dance, Human and Varl against Dredge or other humans. For the first little while it is but new unit types become introduced alongside new abilities and upgrades to existing ones before a new race joins into the equation. The Horseborn.

One issue with titles like this is that even when you get something new and shiny, you’re often unwilling to modify what you already have because it works. The Horseborn? They are worth experimenting with. Because they are essentially Centaurs, these beings can move a lot faster and often work a bit differently than those you have been used to having or going up against. With some of their abilities they can move through units for damage before then hitting them in the back and then moving some more distance away. Poison attacks now really become a factor and I’ll be damned is Canary (one of the Horseborn leaders) didn’t become an immediate and permanent addition to my core party. 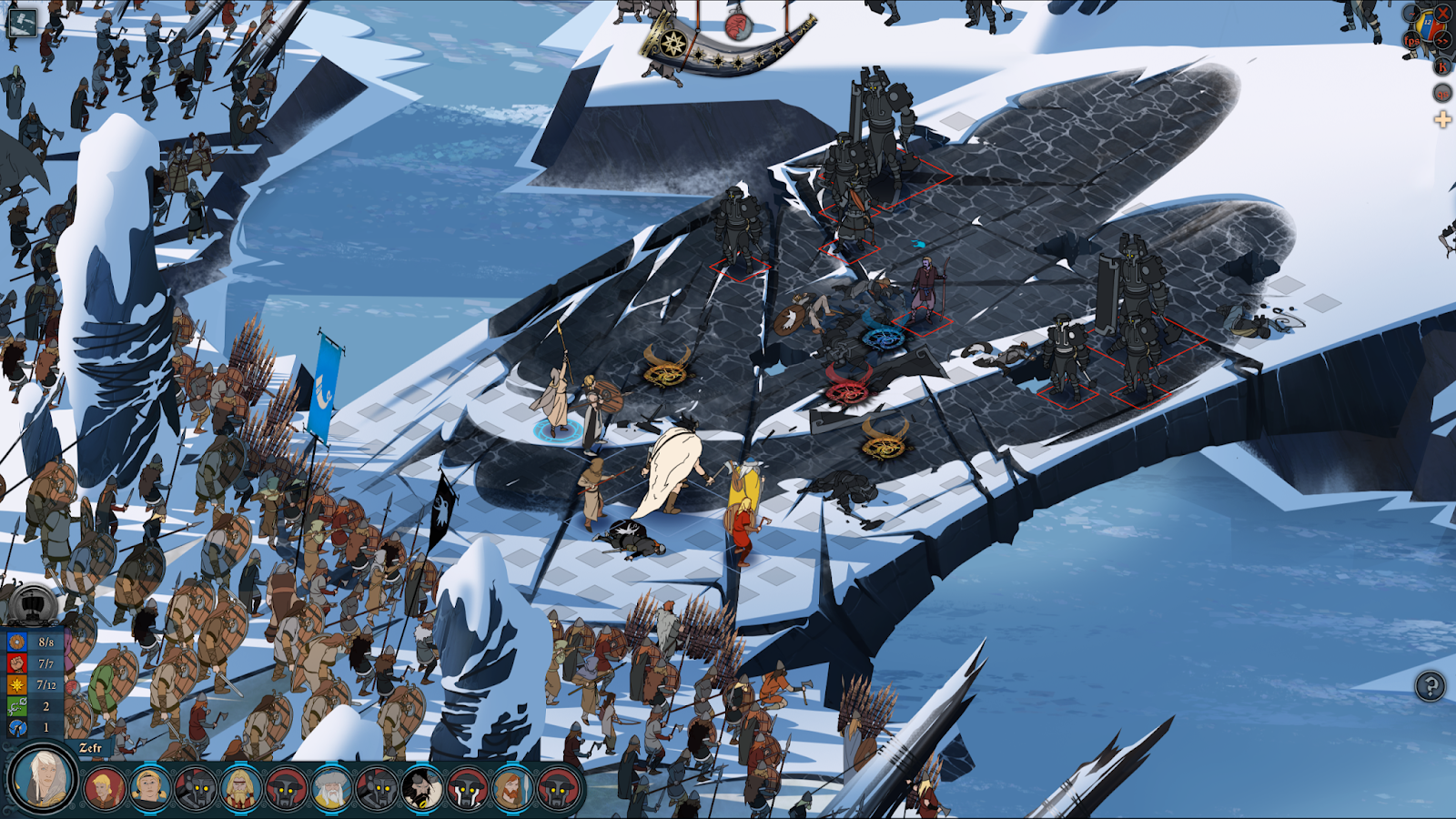 With updates to the system in order to make it all smoother alongside new additions in order to keep things fresh, I still maintain that The Banner Saga 2 is better than the first if only because of those reasons. The fact that it continues on with the same characters, if they’ve survived, and that it doesn’t skip years, these two titles mesh so well together. The only thing is, because some choices have lead you in one direction, you’ll have to go back at some point to see where the others paths lead.

With Rook finally making it to the human capital, another branching choice had to be made. Do you fight from outside and lose the Varl that you’ve held so near? Or do you bring everyone inside to fight against the siege? Needless to say, all roads lead to a single point and you had better be prepared.