comments Share
You are reading
Gaia Beyond – Sunday Bites

Gaia Beyond is criminally under-noticed. A gorgeous, 2D sandbox action-RPG with a strong emphasis in exploration, mining, ship-to-ship warfare, and trading. The Newtonian physics and Asteroids-like top-down combat is engaging, easy to learn, and downright fun. Though still in Early Access and being actively updated, Gaia Beyond is an excellent fit for gamers new to the space exploration genre that find titles like Elite: Dangerous to be daunting in scope. The more intimate scope of Gaia Beyond is among the more approachable space sim titles. Complete with a work-in-progress core story that feels more “create your own adventure” than common open-ended storylines, Gaia Beyond, at the incredibly affordable price of $15 USD, is worth twice its price. The three-member team behind Gaia Beyond should be lauded for their work; it is clearly top-class.

As development continues on Gaia Beyond, like always, Early Access titles are in constant flux and this title is no stranger to change. Given the scope and intricacies of resource management and an intelligent trade market, regular tweaking due to player feedback happens and with regularity. As such, a few things I would personally like to see is some work on factions; the open-ended aspects mean some of the concepts are yet to be fleshed out. I would also love to see faction/race specific ships that you can get; while there are plenty, I would love to see more. 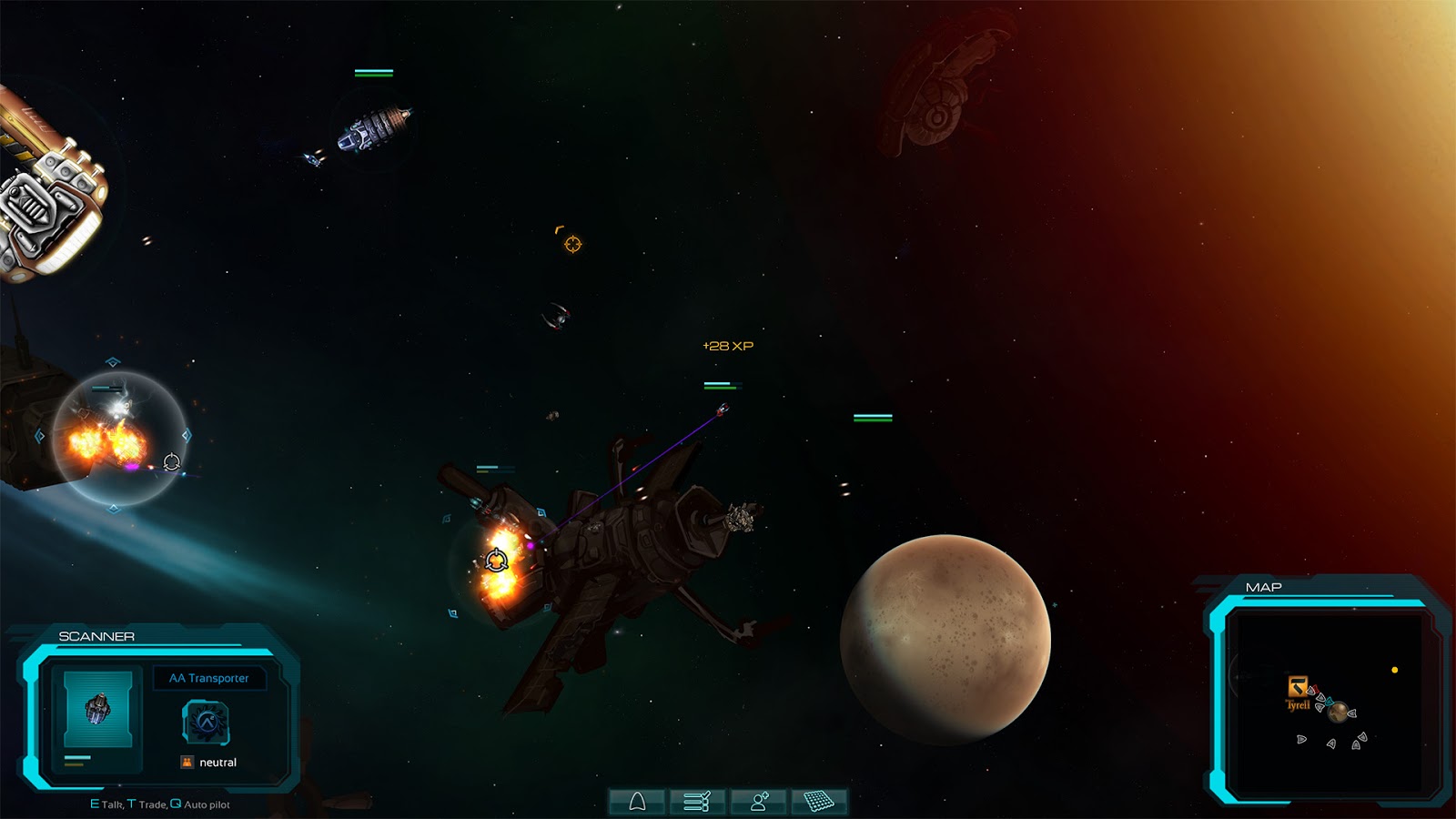 Another point that I found slightly lacking was in character creation; there are a handful of portraits to pick from, few of which fit in with the overall design aesthetic when compared to the NPC characters throughout the universe. Additionally the character backstories, of which there are three, are interesting in their own right, but lacking in any real diversity as each of the three start off with the same base point and outside of the initial conversation I have yet to see much reason to have it. Admittedly some relevance to backstory may come in a later update, but as of yet (and a dozen hours doing random missions/making money) there is nothing substantial. Ship designs are nice and their models are clean and well-drawn, though a little more customization for early models would be nice; again something that could be added at a later date.

In its current Early Access state Gaia Beyond is still an enjoyable and expansive top-down space-based sandbox-style collaboration of genres. Easily gobbling up dozens of hours, Gaia Beyond still has plenty to offer, from trading / faction management to upgrades, to mining, it really has a full roster of features and plenty of space to explore. Swing on by Steam to support the developers.