This is a stroll down memory lane. At the end I cover a couple of quick additions to the game and the anniversary stream that occurred earlier in the week. Keep reading!

One day, long ago, I was playing Neverwinter when a friend of mine told me that I should consider playing Guild Wars 2. My response wasn’t great. “But I hated Guild Wars 1. Why would I play the second one?”

He effectively started a conversation which altered the course of my gaming experience.

Why did I hate Guild Wars 1? That’s easy. I was an elitest WoW head. I would spend 12+ hours learning builds, reading elitiest jerks, getting potions and buff food, and watching videos on boss take downs. In a couple of the guilds, I was a raid leader. My raiding guilds were basically family. Many of us had played since Vanilla. We raided together, PVPed together, gave discounts on pots, and would help each other through real life issues. I couldn’t just leave my family for another MMO. Sadly, when Mists of Panderia was slated to launch, many of my guildies left forever.

I missed those times and I thought to myself, “Maybe I’ll give it a shot.” 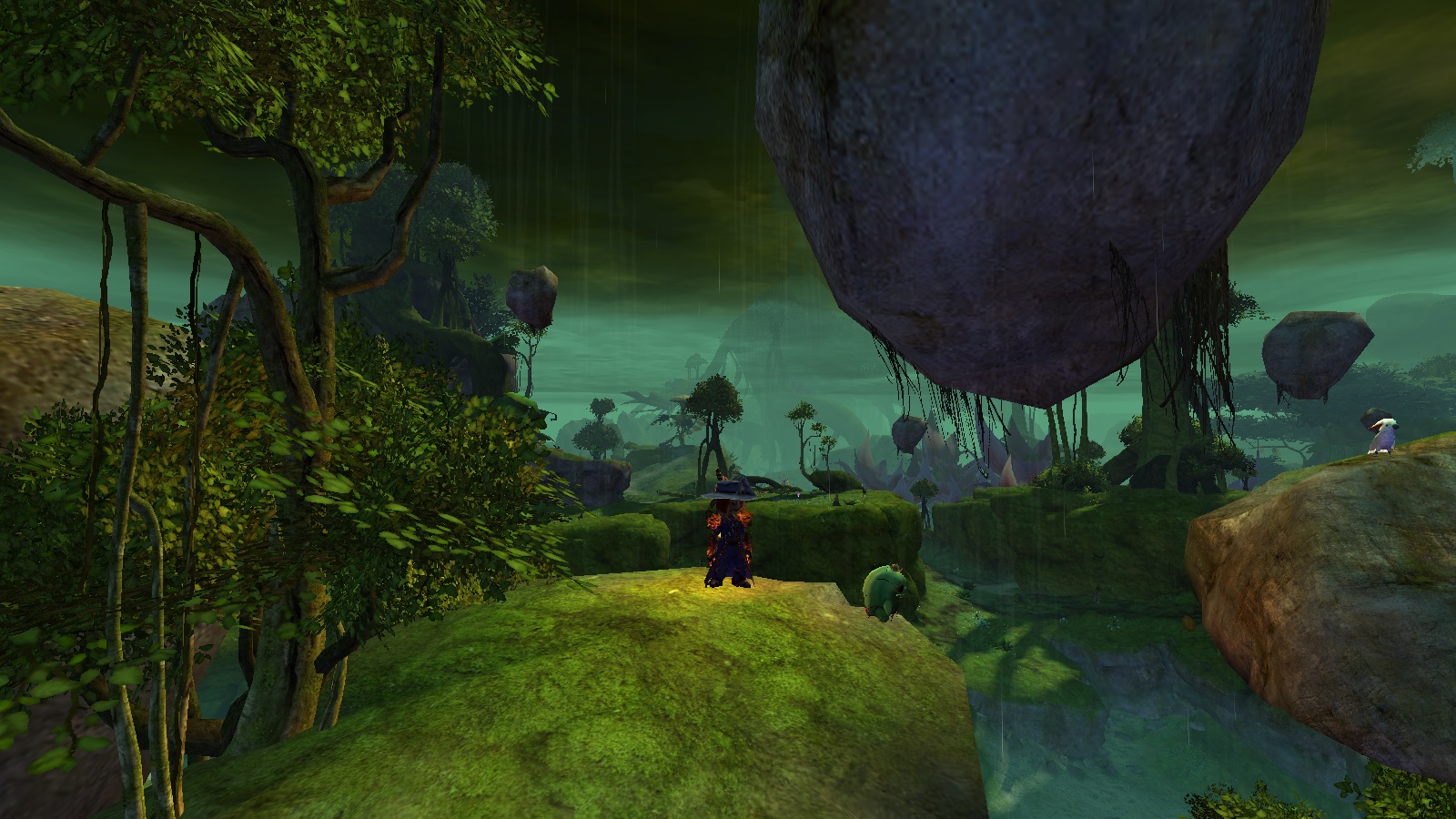 After my friend convinced me to play the game, I asked to try it. I made a character on a friends account with them present and played it while they were there answering questions.

I told this friend that I would give it until level 20 before I made up my mind. And suddenly, within a few days of time, I was somewhere between lvl 40 to 50. Apparently, I was having fun.

That friend bought me the game. They sent me the materials I collected and a few things to get started. And that friend also laughed at me as I tried my hand at my first jumping puzzle. It was Morgan’s Spiral. It took me a long time before I finally got it, but I felt accomplished.

One of my favorite memories from Guild Wars 2 comes from the friend that convinced me to play. They needed another person who would be interested in doing fractals. I didn’t even know what those were until I reached level 80. 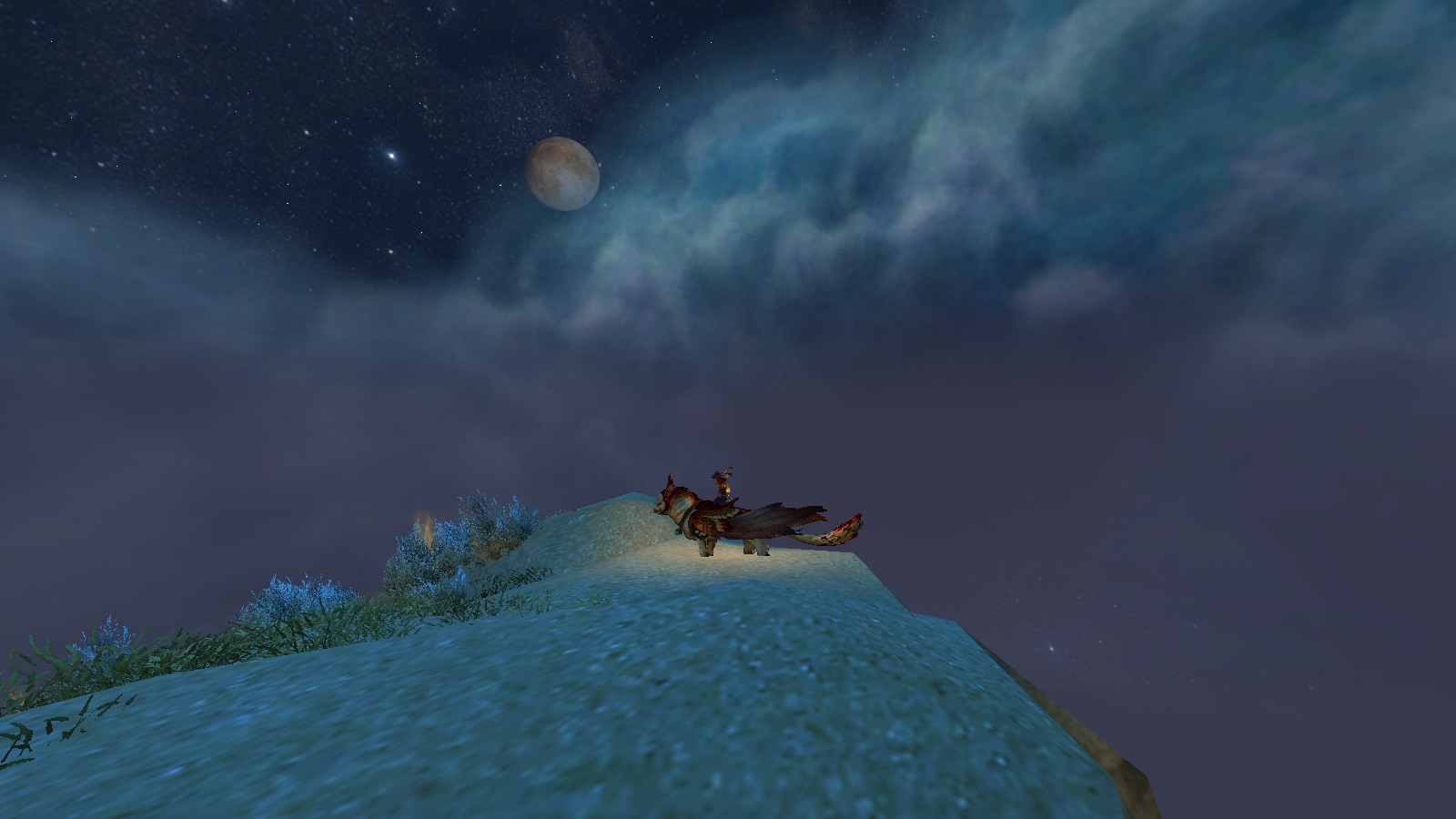 I’ll never forget that day, the day that I first walked into a fractal. I had spent a week and a half playing the crap out of Guild Wars 2 to get level 80. Yes that’s right. I powered through a week and a half of playing to get max level. That’s how much I enjoyed the game.

After I had hit the magical level 80, my friend asked me if I could join them. He told me, “Don’t worry if you die, we’ll rez you. We just need another person.” I think it was because you needed a certain number of players to hit some buttons… Anyways, after I died only a couple times, the group leader said something about needing to pay attention to particular abilities. He followed up with a statement about doing well for no agony resistance. My friend chimed in with, “Dude. She just hit level 80 two hours ago! I think she did well.” The group leader was impressed and I laughed my guts out.

One time during Guild missions, my lovely Aussie friends were grouped up to do Crab Toss in Southsun Cove. Basically, one person is the guinea pig, running with the baby karka, while the rest of the group kills all of the bigger ones. It’s not supremely difficult but we were only five people on this day. And on this day, we failed hard. What I mean is, we failed at 1 second left. If you don’t believe me, I have a highlight video which can be found here. That was pure gold.

When Heart of Thorn launched, I finally set out to change my build. Heart of Thorns introduced a new mastery system and required players to adjust their builds. After all, we had access to specializations now. The zone also introduced the concept of gliding which saved my butt.

In the new zones, I had come across a veteran on top of a pillar. There were three bridges that lead to this platform and I decided to take the creature on. I managed to get the thing down to half health before I blew it and dodged off the edge of the bridge. I was streaming at the time. Instead of saving myself, I think I just laughed while I plummeted to my doom. Good times.

On Tuesday, Guild Wars 2 hosted a long stream where they let the audience hear from various developers and voice actors. Each section was chalked full of information from a developers’ point of view.

We heard about how ArenaNet takes care of its voice actors by letting them know about intense character moments. Anyone who played a particular episode with Taimi will recall the heartfelt performance. From a player perspective, that was crushing.

Viewers also heard from legends like Yuri Lowenthal and Matthew Mercer who have done amazing work in many video games. I won’t say alot about that because it’s better to listen to their comments on the VOD (linked below).

On the official 6th year anniversary, players received a few free things like a novelties chest. In it was a choice of various balloons, kites, and instruments. With the inclusion of the novelties giveaway was a patch that included a new souvenirs tab where players can now store all of their novelties. Yay inventory space!

Down the line, ArenaNet is finally releasing a personal character instance called Sun’s Refuge. Unfortunately, since its origins come from Guild Wars 1 outside of the base game, I have no idea what to expect but I’m excited for the new content.

If you missed the anniversary stream, you can catch the VOD on Twitch.

Try the game for free! The details can be found here.

What are some of your favorite moments from Guild Wars 2? Let us know in the comments below.