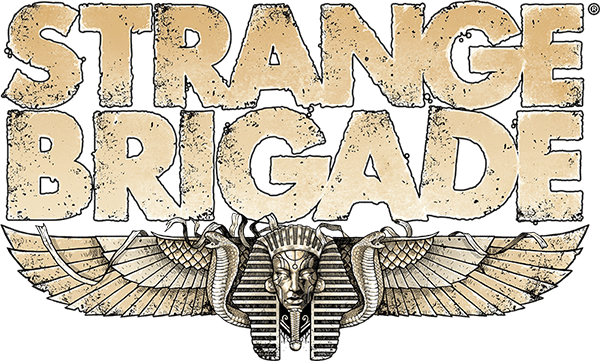 Out of the studio that brought us the vaunted Sniper Elite franchise along with a personal favorite, the Zombie Army Trilogy, comes their newest 4-person co-op title, Strange Brigade. An amalgamation of Indiana Jones-esque adventure and the co-op shooter goodness of the Zombie Army Trilogy, Strange Brigade is a fun, if troubled-at-times romp through oft-brown levels full of zombies, ghouls, skeletons, and these really annoying bad guys that run around with torches and blow flames all over you. Flames that will absolutely kill you in no time flat. Though I was thrilled to dive into the world of Strange Brigade, I came away both somewhat satisfied and more than a little confused; though it has a handle on its identity as a co-op shooter, there are plenty of quality of life change Rebellion can look to the past to gain inspiration from.

Throwing it right out there that besides the fact that Strange Brigade uses literally two colors, brown and I’M ON FIRE DAMMIT (that is a real color, I swear), it is an absolute wonderful game to watch in motion. Crisp, clean, and 60 FPS through and through. And brown. Did I mention it is brown? Oh so much brown. Light brown, dark brown, medium brown, slightly-less-than-dark brown. All sorts of it. I swear this was the late 90’s with all the browns (looking at you Quake franchise). Sure, the levels are gorgeous if linear, traps are numerous and lifesaving (yup, I said that), and overall quite predictable, but still… BROWN. Oh, and the pop-up crucified mummy things? They are way over-used for ghetto jump scares.

But the first one? You will likely poop your pants. More brown. So … much … brown. 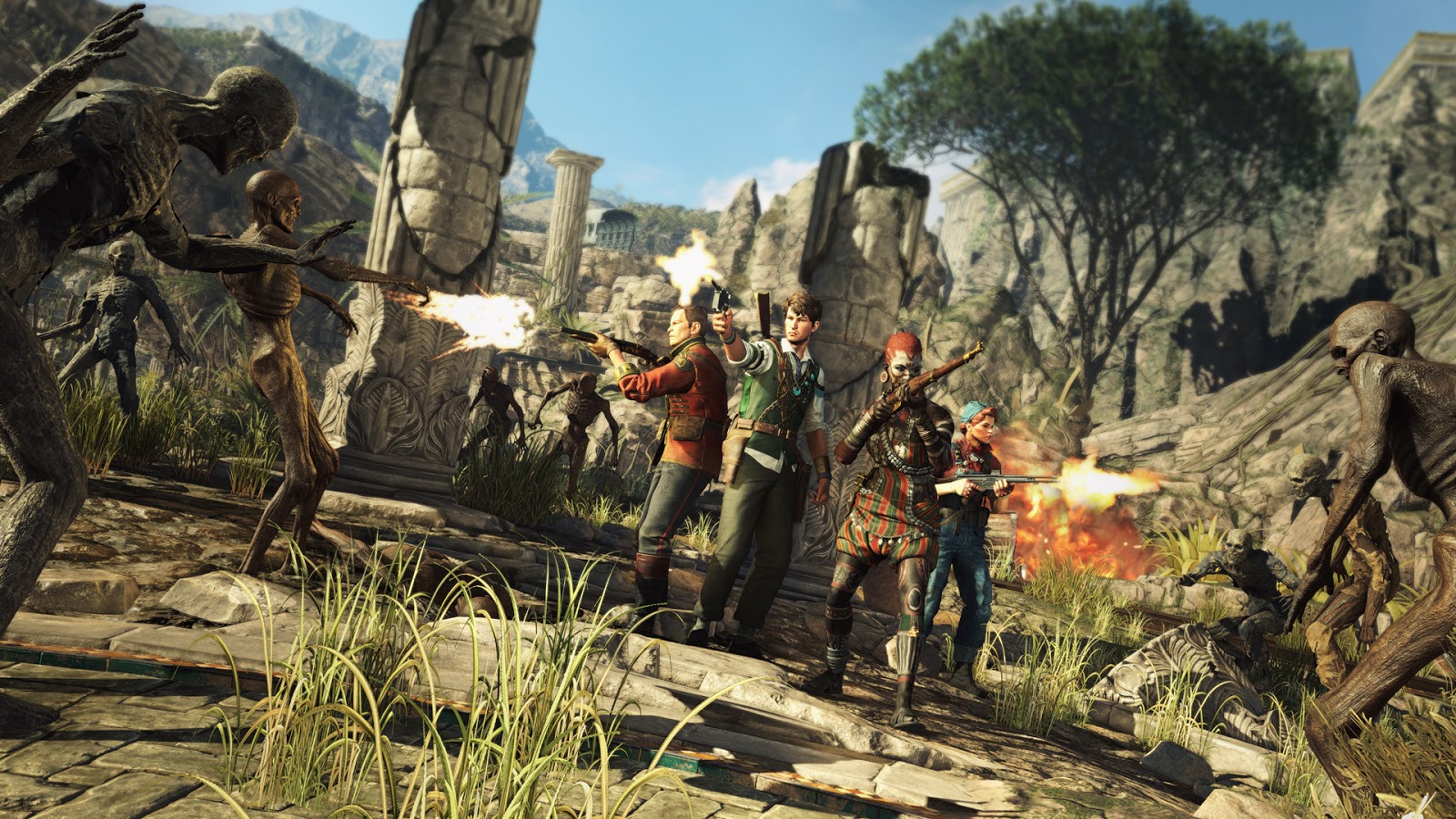 The four playable characters (or five, if you have the season pass), true to traditional Rebellion standards, are varied and interesting to hear as they babble. My personal favorite is Gracie Braithwaite because man oh man that accent. Utterly delicious. There is the Rebellion trademark character Frank Fairburne (who I am quite convinced, is simply Chris Pine in disguise), which is a play on the other Rebellion titles’ primary characters, Archimedes de Quincy, all-around pretty boy and in my personal opinion, a little b*tch. Then there is the epic badass, Nalangu Rushida, a local to the setting of the game who is pretty wicked great. Outside of different amulet powers (i.e. magic that you charge up and unleash to devastating effect), there really is no difference between the characters outside of their little quips, and my thoughts on that are, if the person has a wildly attractive accent, why not play them? With the Season Pass you get a new skin for each (which is a ridiculously horrible color change; Gracie goes from badass worker-lady to doe-eyed milk maid in the span of zero to “this sucks”, and let us not speak of Fairburne’s skin…). You also get a new character, Winston Bey, who is actually a pretty solid guy, is nigh-identical to the other four. A little variety would be nice…

Speaking of variety, Strange Brigade does have one particular area where there is plenty of variety … and that is in how to rid yourself of the pesky living dead. You can pull out your trusty sidearm and pew-pew them to death (again). Fancy a 1920’s-1940’s era sub or light machine gun? You can do that too. Looking for some single-action rifle goodness that can turn them baddies into pink mist at 200 yards? Strange Brigade has you covered. Me? Oh I myself am stupid for the shotgun, especially after adding the quickfire upgrade (yeah, you can upgrade your weapons, but it is a stupid and painstakingly annoying process), which is less about firing and more about reloading… Anyhow, it makes baddies fly back and it hits a whole pile of them at a time. Love it. 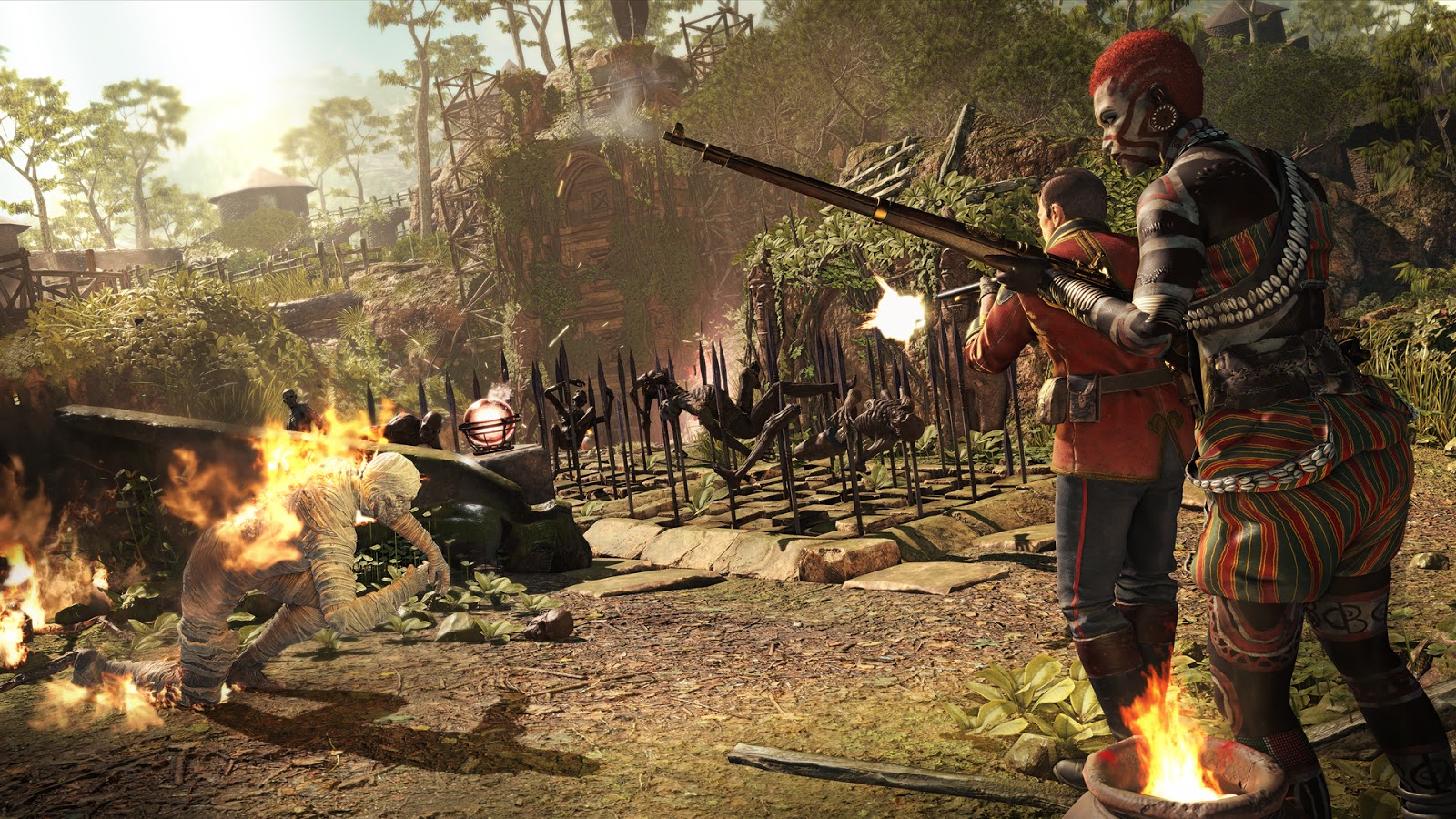 What I do NOT love is that in co-op games, since your loot is not instanced, it was a constant battle between my brother and I for who gets the next treasure chest or who gets that pile of coin. Think that is bad? That badass magic amulet I mentioned before? Yeah, you need to charge that by killing dead things and sucking up their souls (I did not realize the living dead had souls)…. Except those are not instanced either so it really became a case of neither of us feeling much desire to move on to the next pile of enemies because we both wanted to hang back and grab all the precious souls that we could so we could do some nasty damage to whatever was coming our way. That was with my brother who I have been playing cooperatively with all of my gaming life… Trying that in a public match or even with four friends? Rage-quitting will be the new old thing again.

That same rage-inducing, party-destroying mechanic can be found with the collectibles and the weapon upgrades. See, weapon upgrades are runes, runes that you need to find via chests, and because those chests are not instanced that means the first person to the chest gets the find. In theory it forces players to work together; in practice it just goes to show that gamers are greedy and that all it takes is a single player to ruin the experience for a great many others. On that same topic, trying to upgrade to a new amulet is an ordeal and one that is unfair to the casual gamer; you have to essentially find each and every little secret or obscure item in order to maybe get the chance to upgrade. That is, assuming your asshat teammates let you get it. Which they will not, because they are busy trying to upgrade THEIR equipment/amulets. 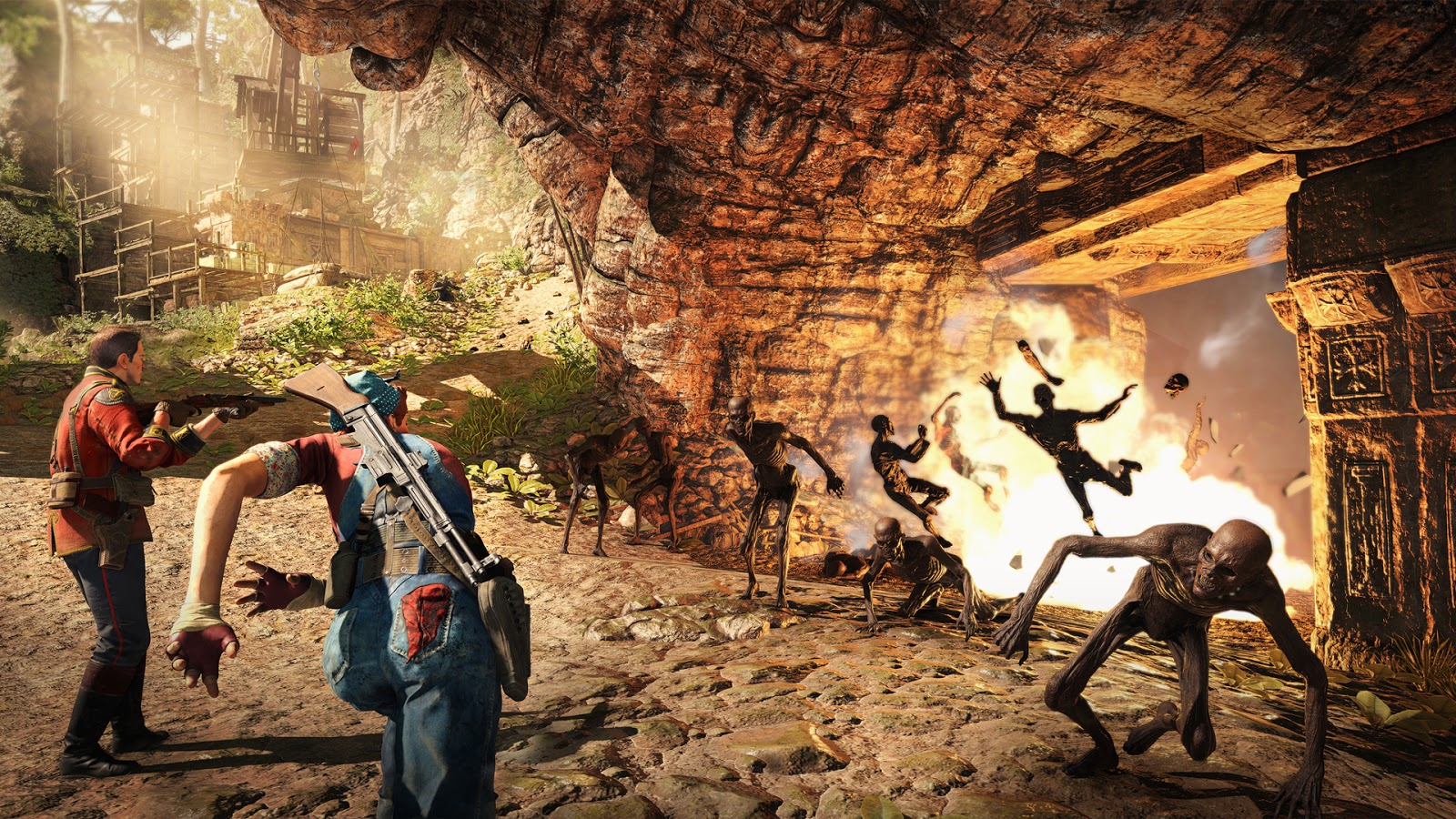 Though I may be harsh on Strange Brigade it is because it is coming from a studio that has consistently put out top-quality, engaging, enjoyable, and replayable titles; Zombie Army Trilogy, next to Tom Clancy’s The Division and Tom Clancy’s Ghost Recon: Wildlands is one of the most-played titles in my household. Sniper Elite 3 is literally one of the only games I have 100%’ed … since the Super Nintendo was the primary household gaming system. I can say this with utter certainty … After beating Strange Brigade I will not be back to play it again for a long, long time. I cannot say the same for other Rebellion titles, as they are not chalk-full of reused and tiresome puzzles, simple and predictable levels, or sympathetic player characters. Sure the mid-mission briefings done old-school Newsreel-style with a bit of comic relief thrown in are spectacular, but it just feels “off.”

However, even an off title by Rebellion is still a solid title; while I cannot imagine Strange Brigade being the next big franchise in cooperative shooters, it is still, as mentioned, an enjoyable if confusing affair for those that have played titles from the old Rebellion.