As we lead up to Halloween, I thought it’d be fun to cover some of the in game events in various video games. This first week, I will talk about Rocket League with all its changes and the Halloween swag.

So far, this year has brought some exciting changes like the introduction to the Rocket Pass and a new competitive playlist. We’ve also seen the revival of a familiar organization coming back to the Rocket League scene, as well as Psyonix sponsored monthly events!

Psyonix graced the Rocket League community with a new tournament called the Renegade Cup, a $5000 prize pooled event with players who are not already competing in RLCS. That said, those who compete in the Rival Series are allowed to play in the Renegade Cup. These monthly tournaments will be running for a couple of months until there is a true Renegade Cup Finals, which will be announced closer to the main event, so keep your eyes peeled!

This tournament is split into two regions, one for North America and one for Europe – with some exceptions, and there are clear rules as to which countries are permitted. All of the relevant rules regarding these monthly tournaments can be found here.

The first Renegade Cup has been showcased on Rival Esports Twitch channel and it wraps up on October 24th and 25th. Be sure to tune in on Twitch for the finals! Also keep an eye out on their Twitter for all the information about the Renegade Cup.

Final Bracket A is set!

These 8 teams will be competing to get a piece of the $5,000 prize pool and to clinch a spot in the Renegade Cup Finals.

Late in September, Nexus Gaming announced that they would be returning with Bi-Weekly tournaments. These tournaments have been going on strong for the last month and the community is happy that the organization came back from an unknown hiatus.

To make things juicier for the organization, Nexus applied for a spot to showcase the Renegade Tournament in November.

We hope you’re ready for all the action we have in store for you this November! pic.twitter.com/Q8NAWchqVT

Tis the season many of us love, really I’m talking about myself here, which is the Haunted Hallows event! Players can collect candy corn from playing any online game, allowing the purchase of decals, banners, toppers, etc…

Players can also purchase five Golden Pumpkins for 150 candy corn each. These are limited crates, though I’ve yet to discover their contents. (I know.. First world problems! There are so many awesome games to play!)

The Haunted Hallows event started on October 15th and will continue until November 5th so be sure to collect all the items! 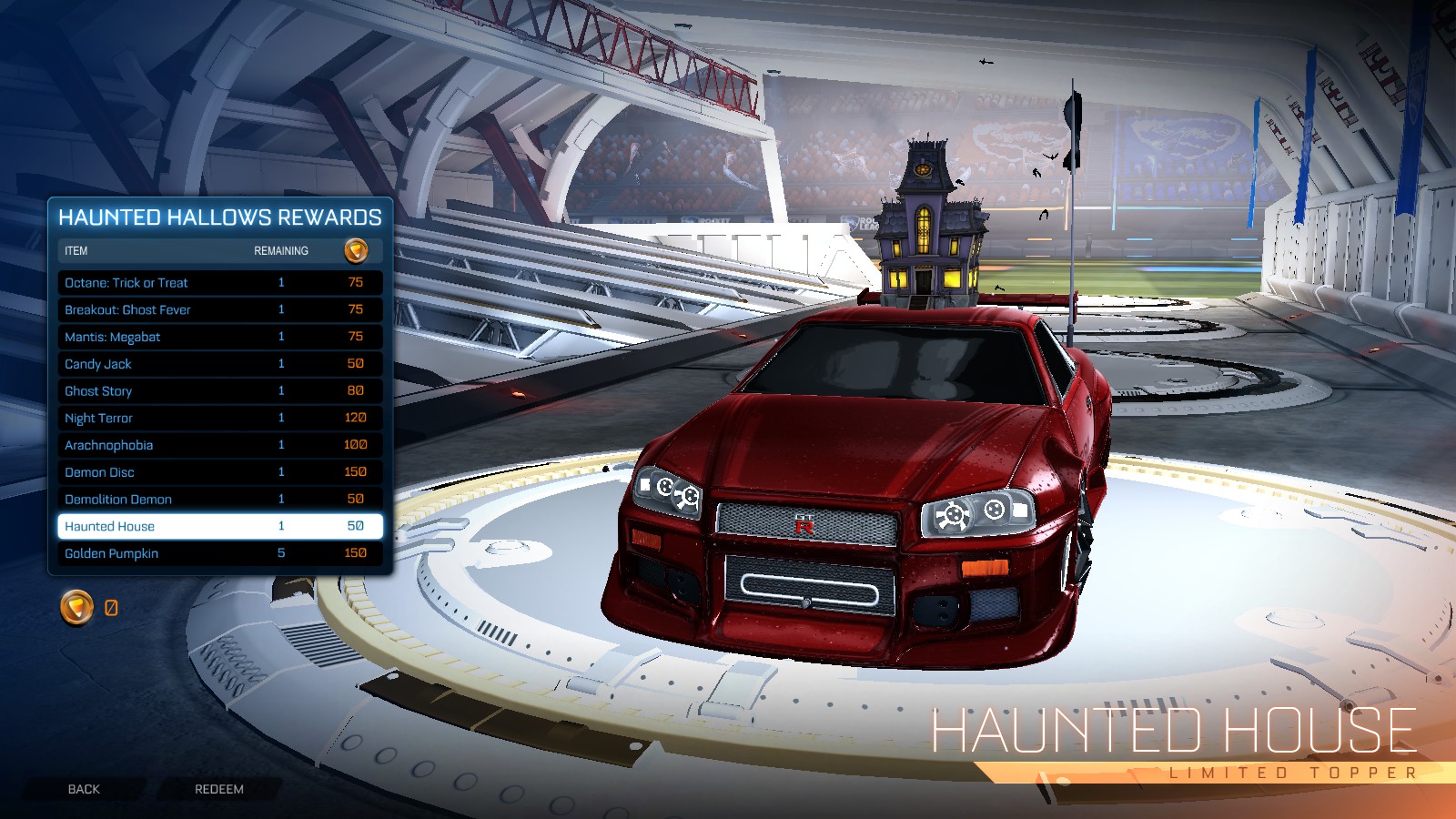 Psyonix also included another competitive playlist tab which allows players to rank in Dropshot, Hoops, Rumble, and Snow Day. Since implementation of these competitive modes, I’ve heard that many players have been playing them more than solo standards or standard!

Overall, I think Psyonix has scored when it comes to Rocket League updates. They continue to add more fun content, tournament possibilities, and quality of life changes (like better information about server connections to help with troubleshooting).

Anyways, over the coming weeks I’ll cover a couple of other games and their Halloween events. Hopefully, there will be plenty of time to farm all the special rewards in each game. Personally, I’m trying to juggle four different games for the Halloween events (because I’m awesome like that!)

What do you guys think about the Halloween events? Which game has your favorite event and why?