In previous years, players could only do Mad King Says, the Labyrinth, the Mad King’s Clocktower JP, and the Ascent to Madness Dungeon. This year ArenaNet included a couple more activities for players to take part in.

First up is the new Mad King’s Raceway where players speed through gravestones and fields filled with exploding pumpkins. Its inclusion is meant to showcase the drifting skills of the Roller Beetle mount. That said, I discovered that players can use any mount to win the race since some of us haven’t yet mastered the beetle skills. (Believe it or not, I tend to use my precious Griffon for most of my adventuring.) It’s fun, it’s challenging, and I like that the race has its own map. Though, don’t mistake it for taking the place of the race within the Labyrinth! That still exists. 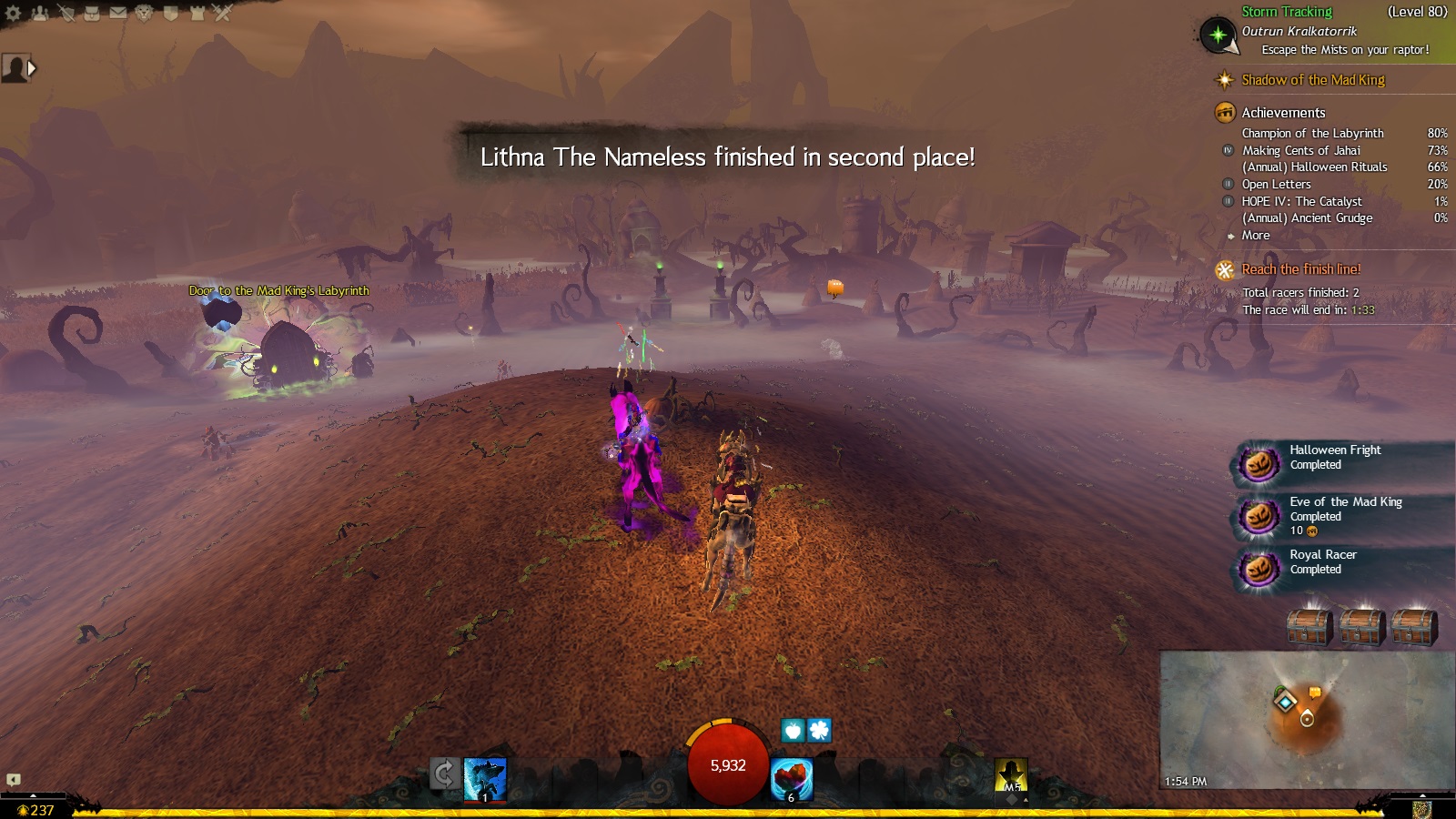 Second up is the Lunatic Inquisition! Players in this area are PVPing but it is designed very differently than other holiday PVP matches like the Dragon Ball event or the Wintersday snowball fight. Players begin alive but without combat abilities. And instead of trying to get a certain number of points to win, players are trying to save the towns people by bringing various supplies. At the same time, players can still pick up items to fight other players who are also trying to save the towns people. Once a player dies, they are transferred to the other team which consists of the now dead players. Eventually the dead team of players will over take the towns helpers, but that doesn’t guarantee a win. The objective of the dead players is to kill the players helping the town.

Did that make sense? If not, check it out in the game! I promise it is far more fun to experience than to describe. The concept is neat and I’ve enjoyed playing it when not farming for candy corn. 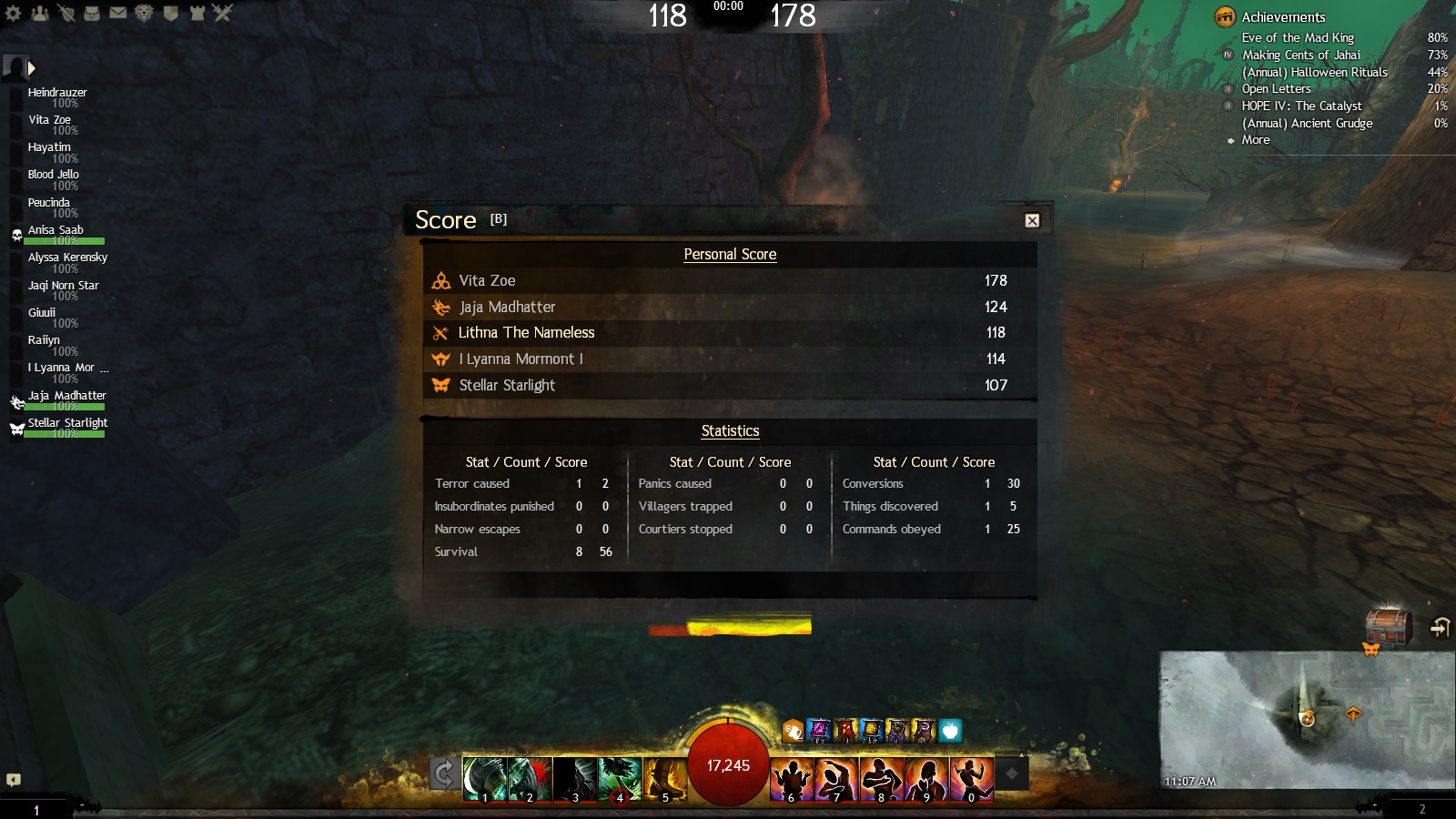 Thirdly, another skirmish called Reaper’s Rumble was added to the game which requires the assistance of skeletons to assault the other team. There is some strategy to this game mode where players have to decide whether they are going to focus more on the skeleton army or raw pvp skill. Either the skeletons run across the map to take weaken the enemy base or players duke it out on the map. Perhaps the players will use both to their advantage. Stealth based players can hide in the fields which gives players invisibility only while in cover. The moment players step between patches or in the open, they lose their invisibility. As a result of the game mode’s different style, it feels MOBA-like and certain savy players would recall that it was originally introduced in 2012! 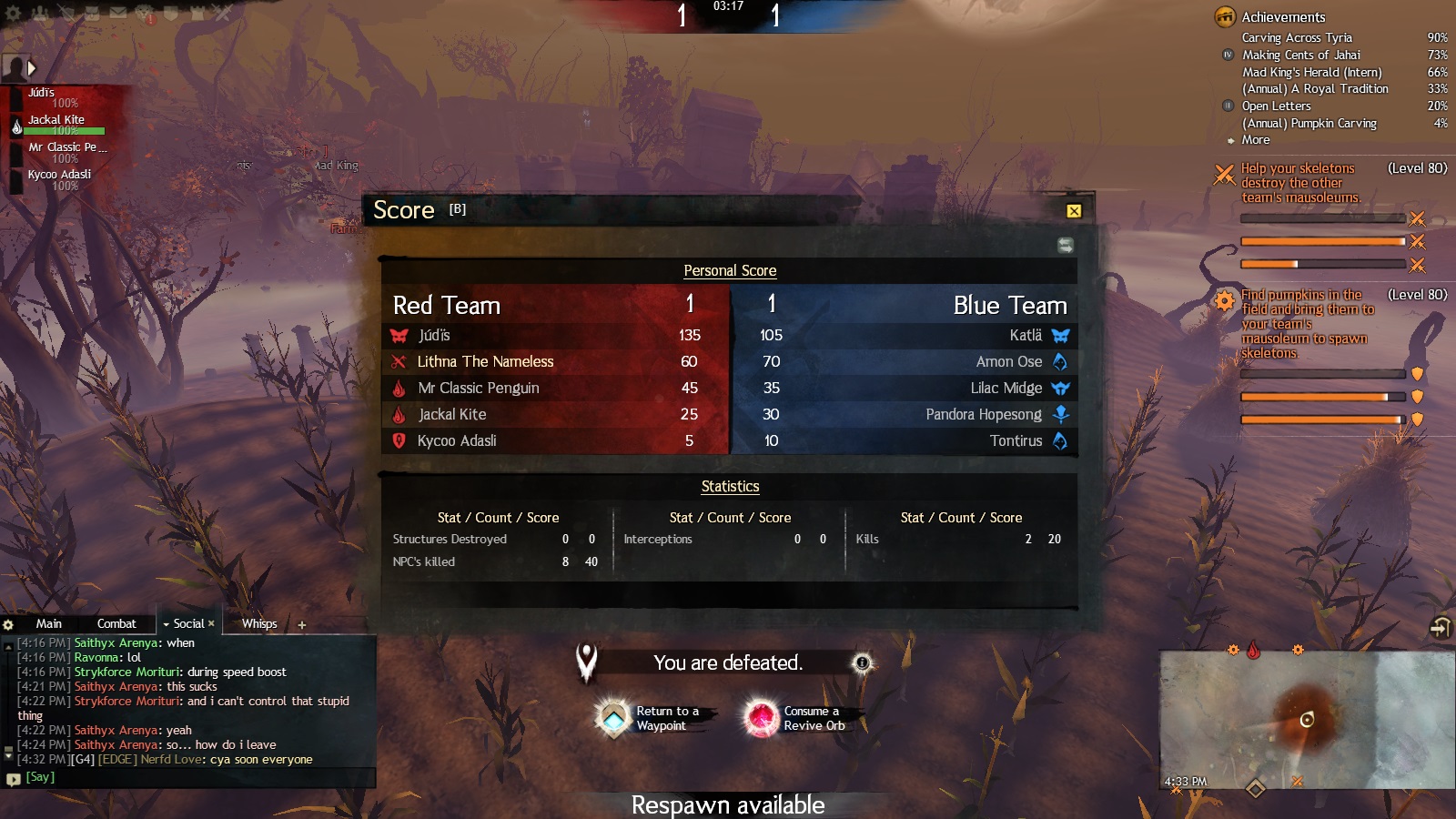 On top of those new things, players have access to mount skins, new minis, and brought back favorites like the three Halloween Choya mini. If players don’t want to spend money in the Black Lion Trading Company, they can get a single Halloween Gourdon Choya for 20 Candy Corn Cobs at one of the vendors in Lion’s Arch.

As an aside, if you don’t recall Gourdon the Choya, he’s the one that wore bikini bottoms during the Festival of the Four Winds. *cackles* 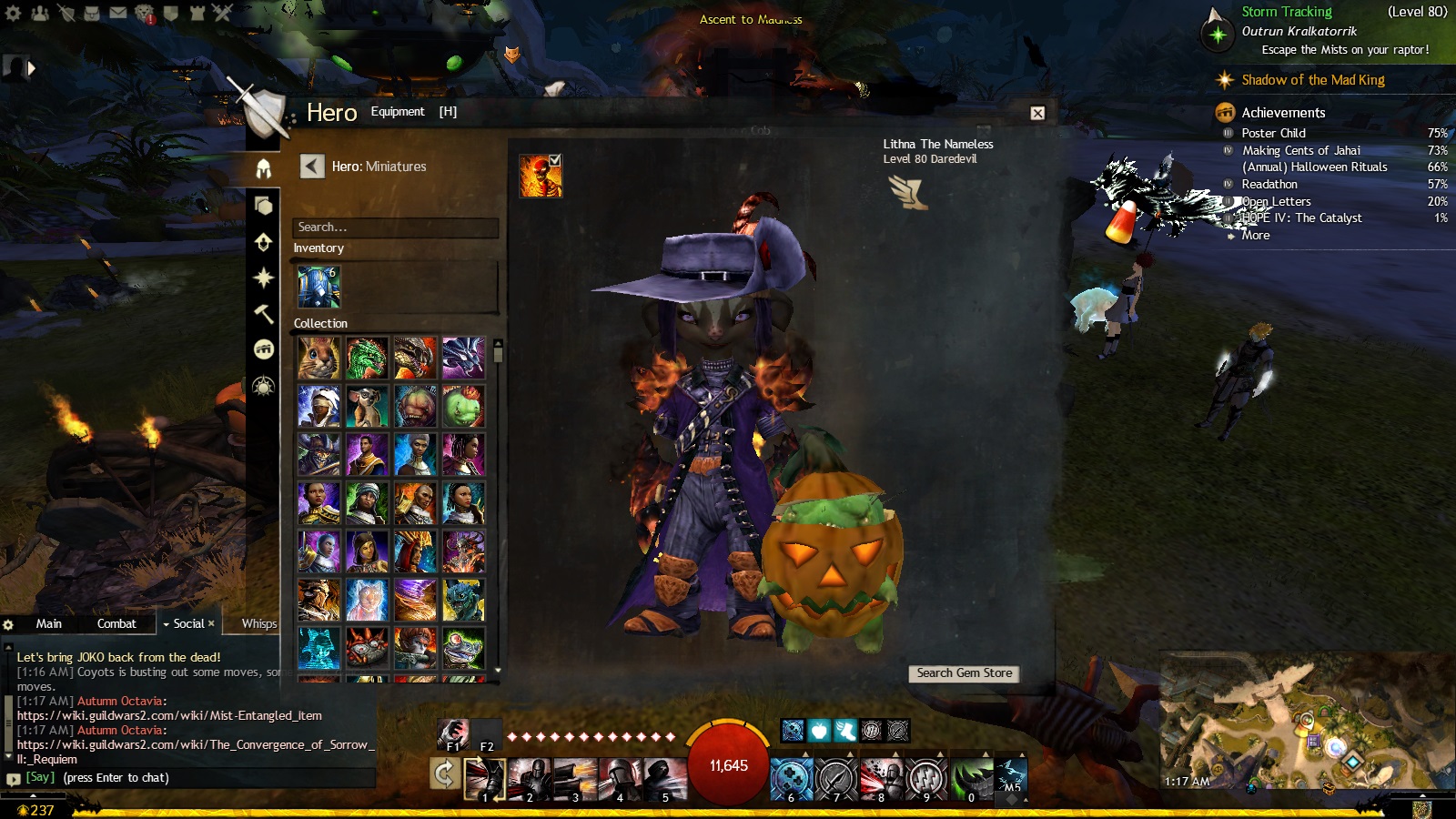 I love participating in the Halloween event. It is my favorite time of year and I need that Choya mini in my life! It runs until November 2 and so don’t miss out on all the fun activities!

And just to make this time of year extra special, for a limited time Guild Wars 2 is 50% off! Go buy it here if you don’t have the new content in Heart of Thorns or Path of Fire.