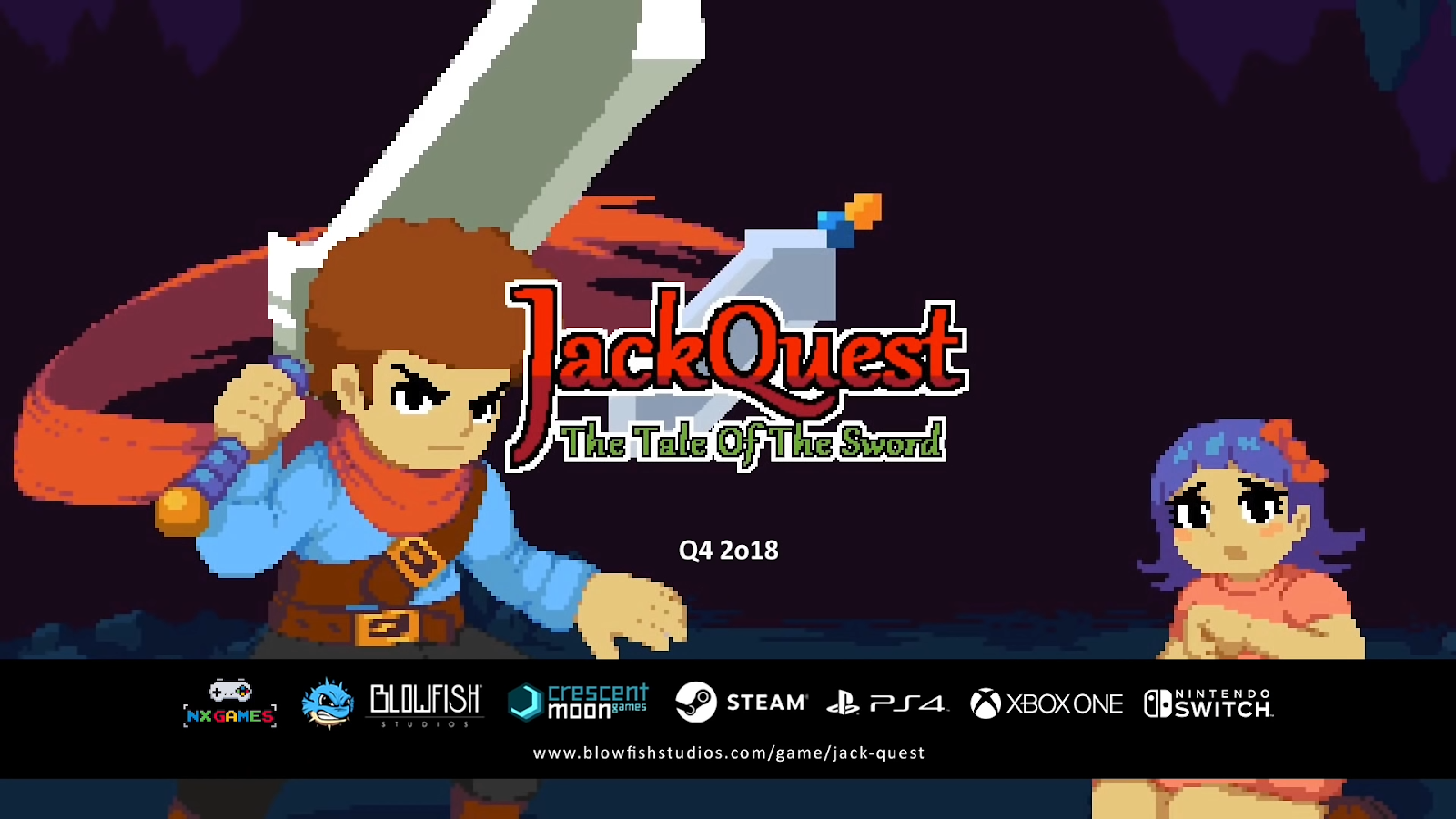 Coming up next out of BlowFish studios is JackQuest, a visually retro inspired platform that has everything that could make us happy. Big sword? Check. Awesome scarf? Check. Great looking gameplay? We hope it handles as well as it looks while wait to get our hands on it!

SYDNEY, NSW – Sept. 27, 2018 – JackQuest: Tale of the Sword, a fast-paced fantasy action platformer from publisher Blowfish Studios and developer NX Games, will find its way to Nintendo Switch, PlayStation 4, Xbox One, and Windows PC in late 2018.

One fateful night, when young Jack takes the beautiful Nara for a walk in the woods, his love is kidnapped by the villainous orc Korg. Forced to mount a rescue, Jack plunges into Korg’s underground base, where he happens upon a strange blade that becomes an unlikely ally.
In JackQuest, players will explore the cavernous depths of Korg’s slime-ridden, labyrinthine lair.

A fast-paced affair, JackQuest wastes no time with its quick combat and steady progression, guiding players through a single-interconnected world full of secrets, collectable gems, and hidden challenges that are sure to keep completionists engaged for hours on end.

“JackQuest is a lovely action-packed platformer that places a heavy focus on exploration,” said Ben Lee, CEO, Blowfish Studios. “We look forward to bringing it to Nintendo Switch, Xbox One, PlayStation 4, and Windows PC and sharing it with you all later this year.”

Ahead of launch, Blowfish Studios will showcase the title at PAX Aus 2018 alongside titles from the publisher’s upcoming catalogue. The game will support English, Spanish, and Portuguese.