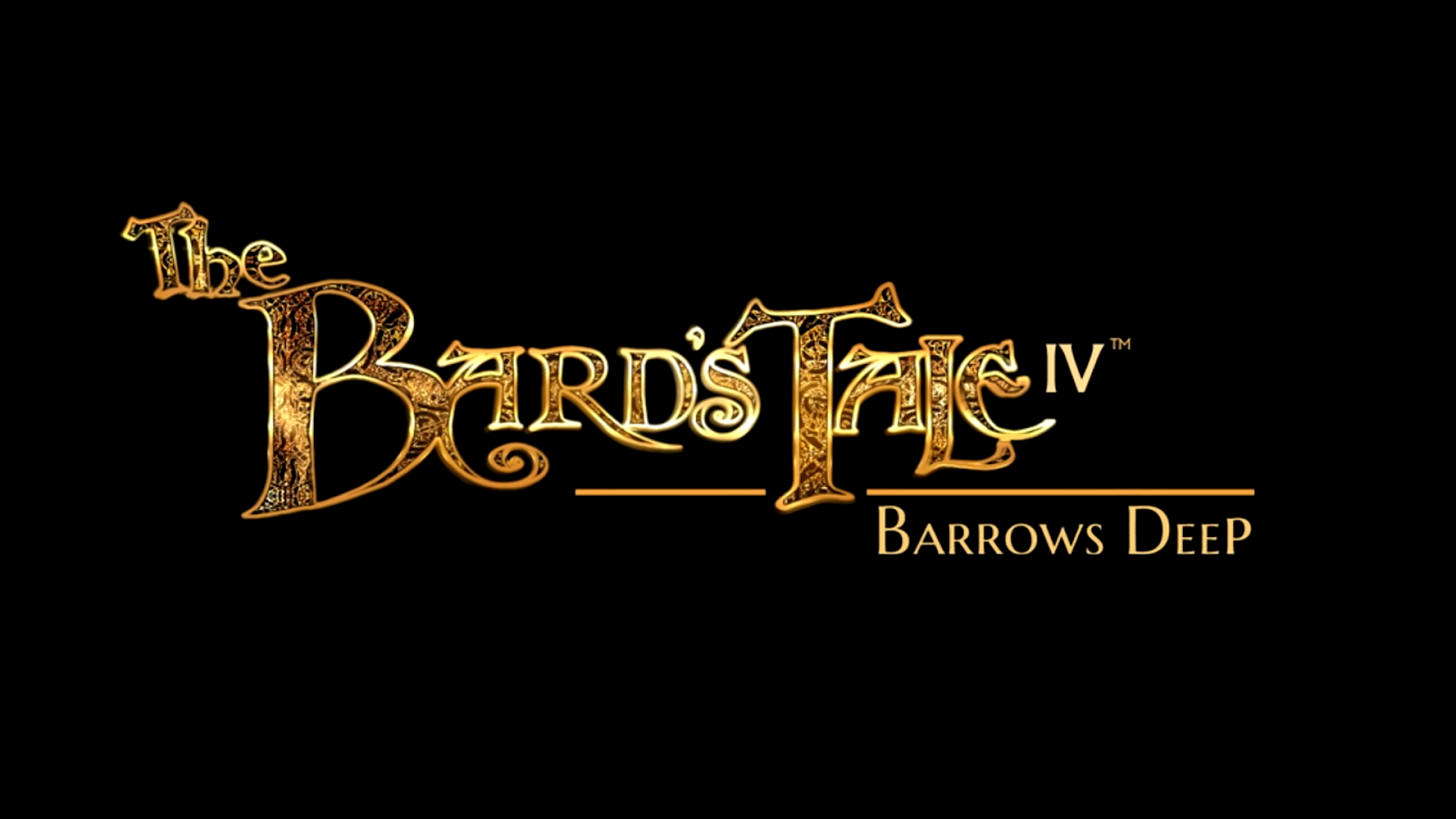 Starting off with a bit of an admission, the most of this series that I’ve ever played was a whole ten minutes of the first back on the PS2 before my optical drive started to give out and even the briefest puff of wind would stop it from reading a disk. So a little to my surprise, there were two sequels before the now third that I didn’t even know about! So diving into the forth title of the series with very little to compare it to in the sense of its predecessors, The Bard’s Tale IV was awesome and I’m really going to go have to go back and sit through the first three.

Starting off like basically any good tale, in a pub, it’s not long before things go sideways in said pub as the local powers that be declare that everyone who doesn’t believe in what they believe in is wrong. You would think by this point in time that they would learn better as what else is there than a hero in their midsts just waiting to take them down! Well that may be a bit of a bold statement as you are totally a level one whatever you decide to pick as you escape to the undercity in order to run away from the witch hunt. But you’ll be back…

Honestly before winding up in my lap, as I played this generally on my laptop, heh… get it? Sorry… moving on… I didn’t know much about The Bard’s Tale IV other than it was an RPG. Moving around and being able to talk to people or interacting with objects in first person, there’s a duality to the system. While moving around everything pretty much runs in real time. NPCs will move about their daily lives, guards will make their patrols, and evenies who are all represented on screen while you move through the environments will attack you on sight unless you attack them first which moves the real time into turned based scenarios. 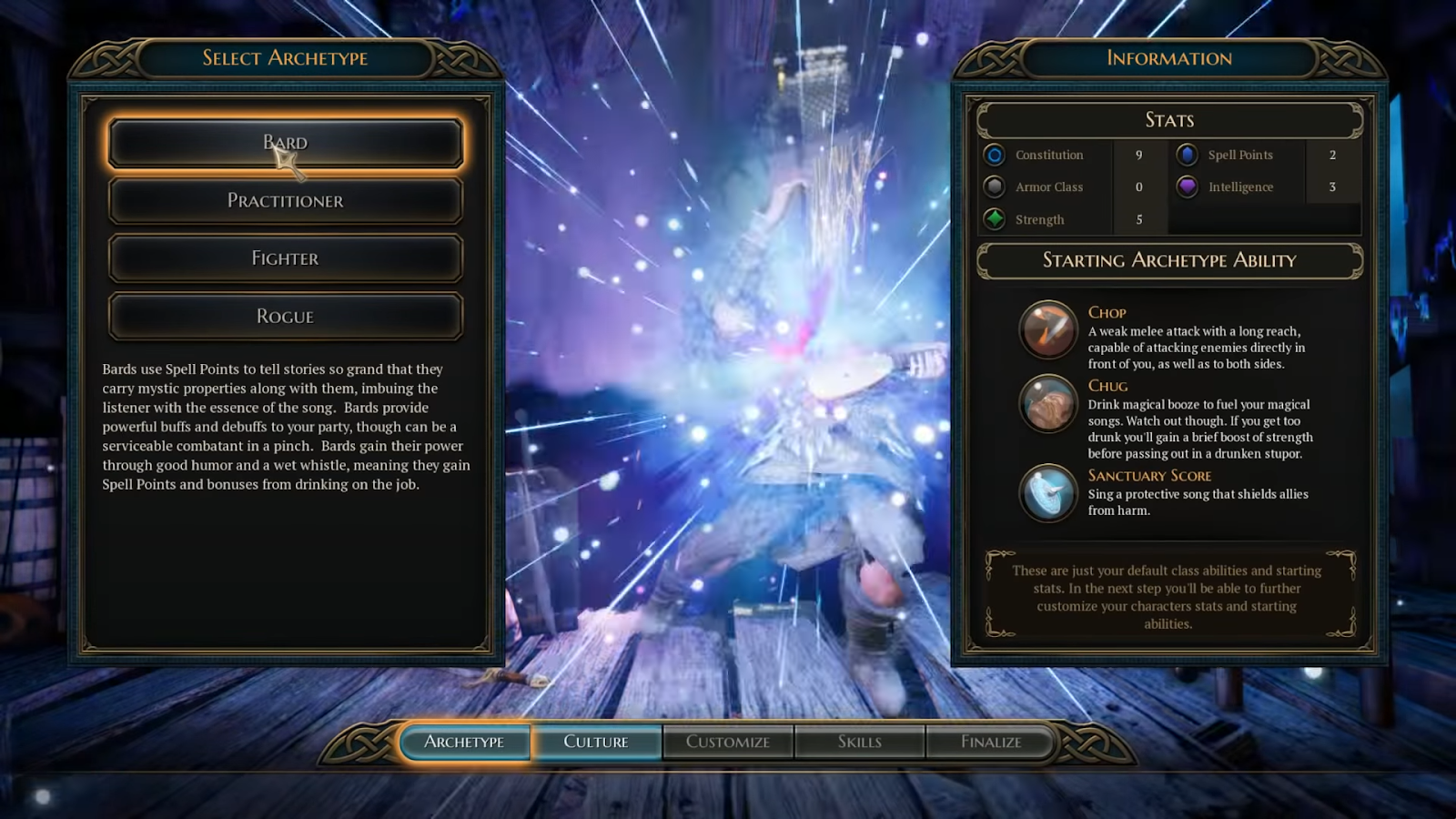 The environments are very well detailed and a pleasure to move through. The textures of the buildings on the ground just looks good. There are not many buildings that you can really go into but once you get into the “sketchier” locations which essentially acts as dungeons, things get good as you start to learn new abilities either of your own or from allies that join up with you. Adding in some bardic music just seals the deal as once you’ve launched into battle? The tempo speeds up and it becomes time to either sink or swim.

Like the exploration, getting into fights is not only fun, but different than the norm. Starting off with only three “action points”, you are the one to decide what your party does. Does the Bard take all three of the actions? Do they take two and leave one to the fighter? One to the Rogue? It’ll honestly depend on what is needed as the enemy plays their turns out the same.

It was a bit weird to get settled into at first, but once I did, the combat was a lot of fun. Sure you only start off with three points but some of your actions are free to use. Drinking booze as a Bard in order to get your spell on, I would often break out a tune that would cause a decent amount of fire damage to anyone that decided to hit me or any adjacent ally physically. So that’s two actions for the price of one. After that there are a few other abilities that can be used but where things can be a bit tricky is that abilities, and even standard attacks have cooldowns meaning that you can’t just use them every turn. You can make attack patterns based off of the cooldowns, but can’t just spam the exact same move turn after turn which is why I was grateful to have party members. 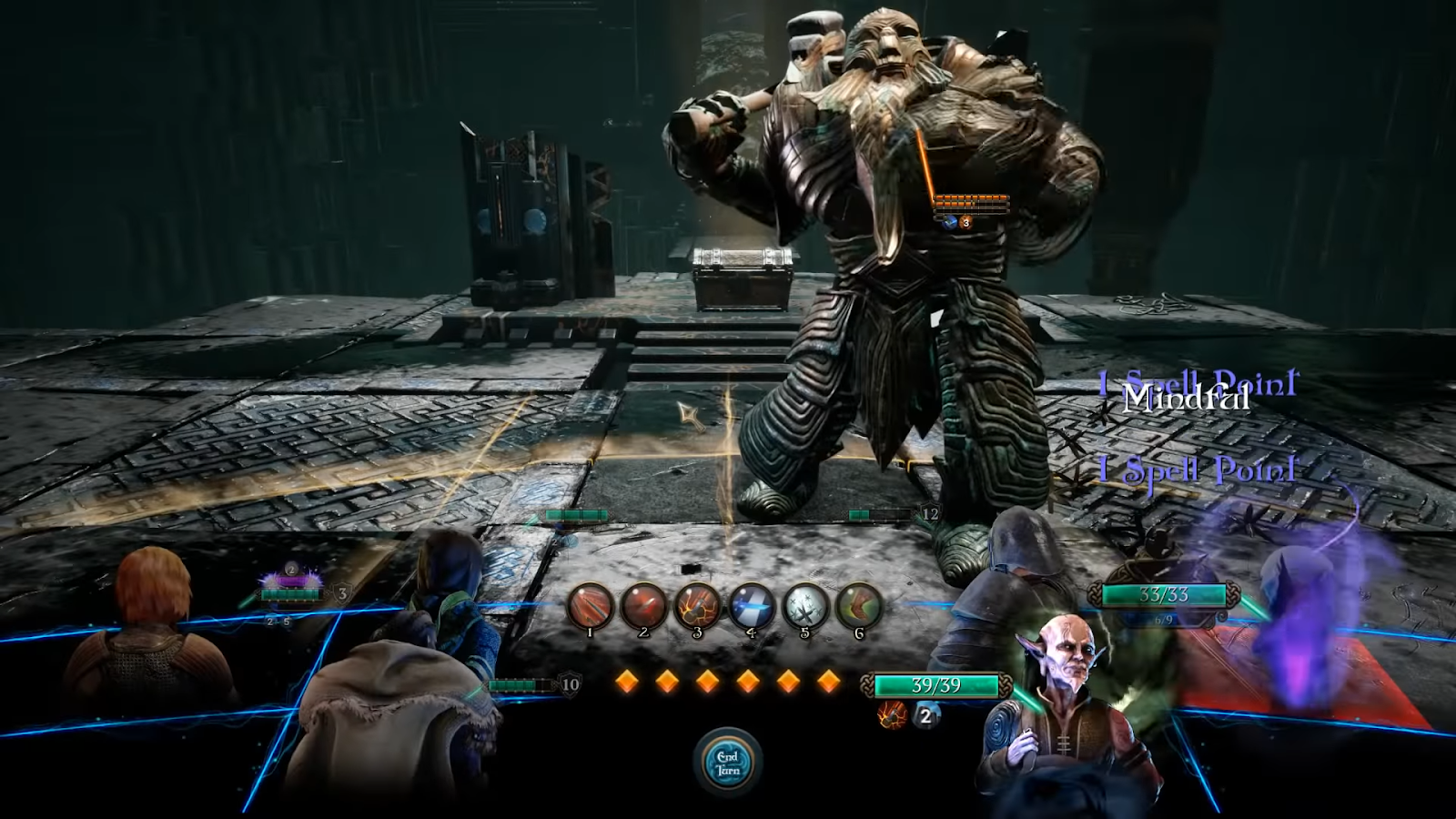 The other factor to the turned based approach is that you are also on a grid with your enemies. You can move your characters left or right, forward or backwards and each of these moves cost one action AND can only be done once a turn, so honestly? Make sure that you remember to put your ranged units in the back row BEFORE the battle starts as your starting positions are defined in the menus, NOT where they ended up last.

From that point it somewhat becomes a rinse and repeat of checking out how badly your characters were hurt during the battle and then validating if it’s worth going back to a save point or using some of the healing items on hand. Even these though can become a bit of a decision later down the line as the save points / check points that you respawn at during a party wipe can be consumed for experience. If you do this, the point stops being usable as you “ate” it for experience but as you open up new paths some of these points become redundant so why not? 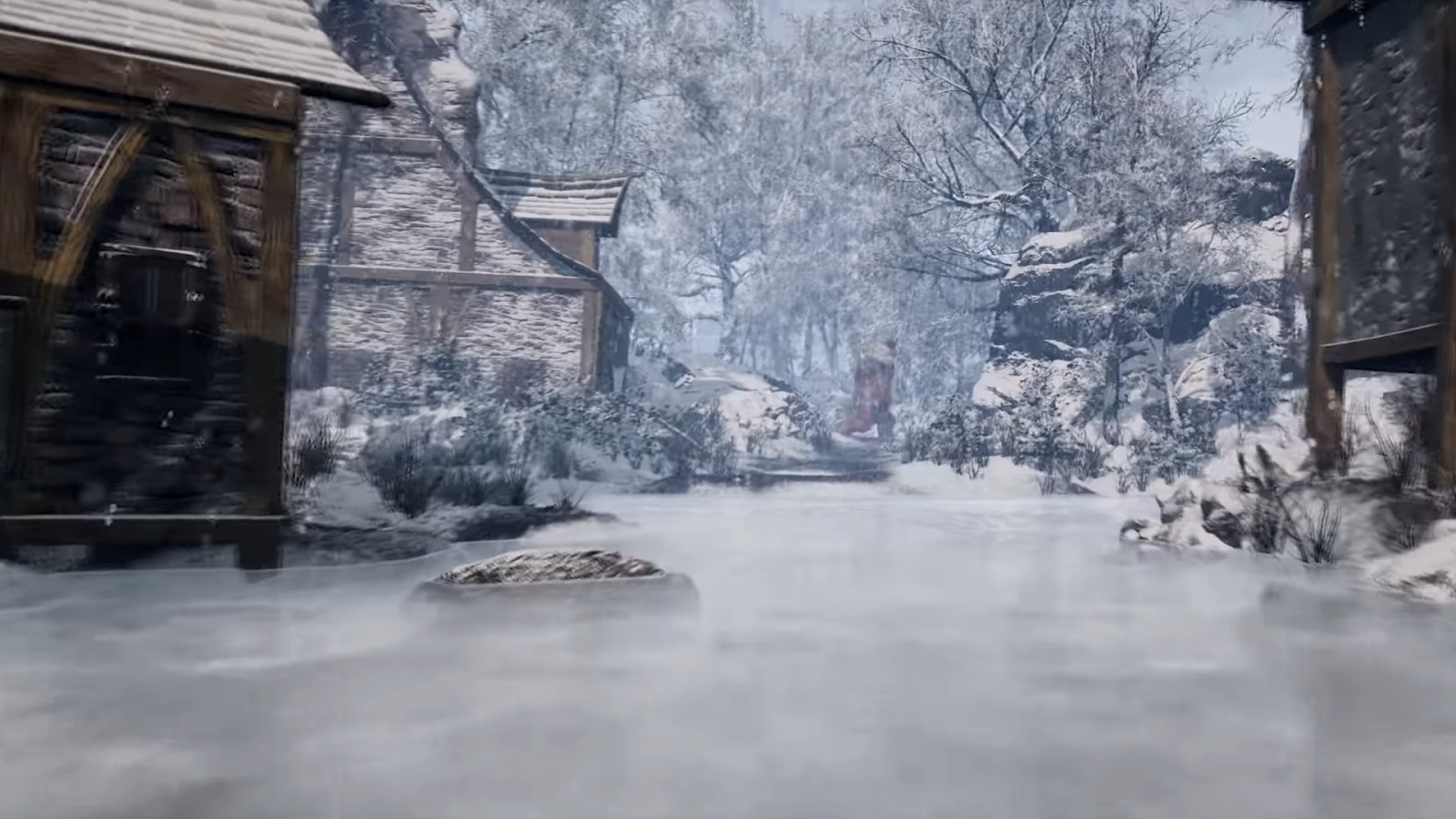 If there’s anything really negative to say about The Bard’s Tale IV it would be that it’s bloated. Load times can often be lengthy enough even on performance machines with more RAM and CPU power than they know what to do with. Further to that, the main reason that I spent more time on my laptop than I did on my desktop is that it ran much better on an NVidia based machine (laptop runs a GTX 1060) than it did on an AMD (Desktop runs an RX 480). Once loaded everything runs smoothly but it’s getting there sometimes and running on a laptop without being plugged in is not recommended as not only was my battery dead in no time flat but the screen tearing was enough to give a headache.

Overall The Bard’s Tale IV is a great title. Well drawn environments, dialog and an awesome accompaniment of bardic music make it worth playing for long stints at a time. Adding in elements such as a customizable leveling up system in order to style your characters just right, and the rest of the adventure is simply waiting for you to explore it the way you want to.