One more episode until the end. Once more episode for things to really get good and climax. One more episode to… introduce brand new things? The Council, Episode 4 – Burning Bridges takes Louis’ adventure even further down the rabbit hole and maybe even winds up in Wonderland? There are a lot of spoilers coming up so if you want to stop here? Episode 4 ups the ante and is well worth going through.

*spoilers until the end*

There have been many choices made up until this point and as I’ve previously stated, I’m only running one save file at the current moment in time. I want my first time through to be a culmination of those particular choices and not of two or three different sets that could influence what I decide to do next from perhaps having seen things from a different points of view.

As such, weather for good or for bad I’ve continued down the path that I’ve started and either because of that, or because Episode 4 finally starts off where I personally left Episode 3, I started exactly where I left off. This is the first continuation that I’ve sat down to that starts where “I” left off and not from where the developers figured would be a good place to take back up which sometimes disregarded the choices made right up near the end. 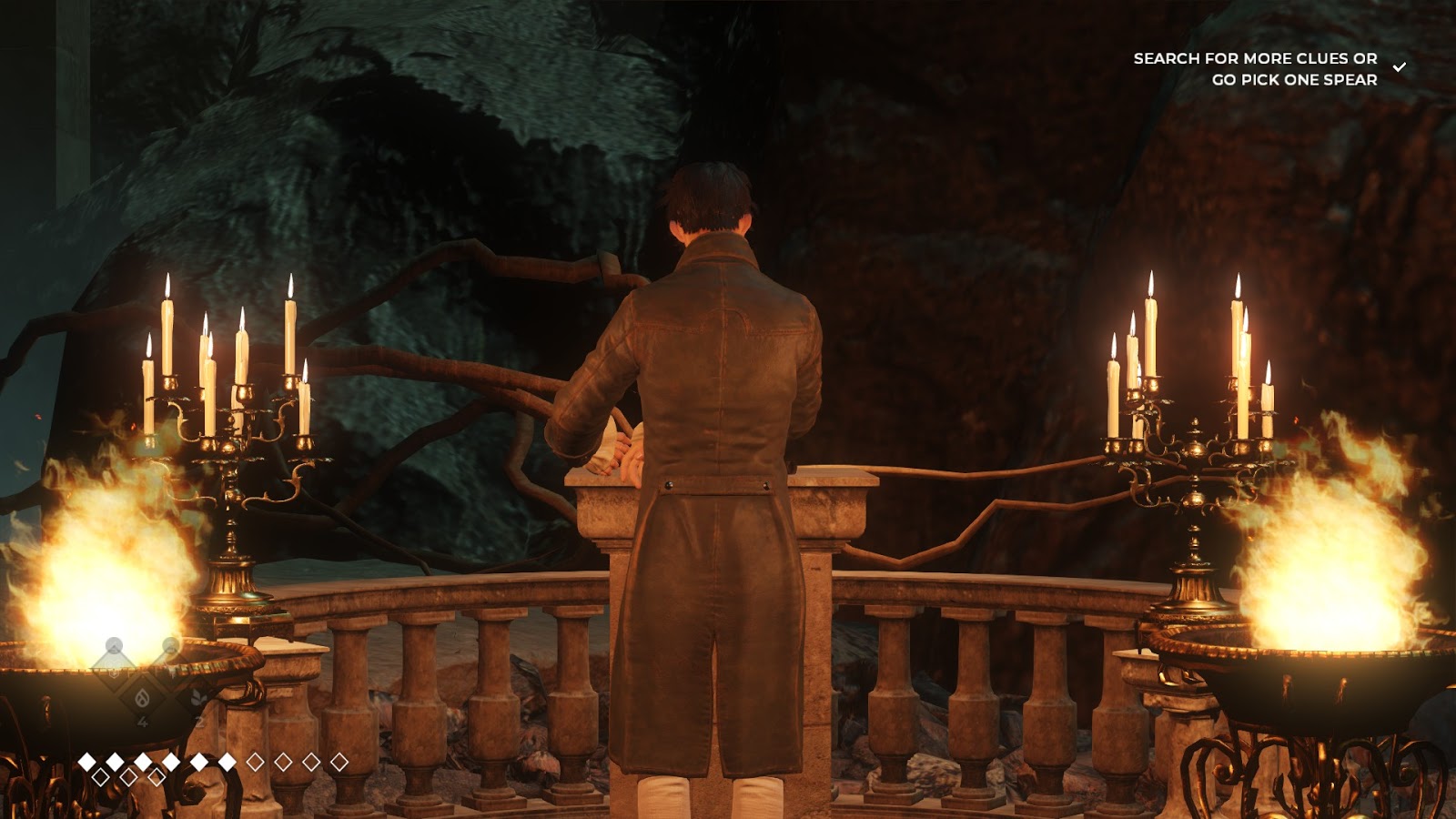 Following my choices though, Episode 4 hits a climax of its own as it quite literally changes the name of the game. You arrived on the Island in order to find your missing mother. You’ve joined in a game of political intrigue. You’ve made alliances. You’ve made enemies. Maybe you’ve managed to stay impartial. Maybe you’ve pushed people away. Have you decided to take a lover? Maybe you couldn’t tell her apart from her twin sister. Who shot who?

All of these are choices that you, as Louis, have had to make but from now on? The visions that you’ve had? Those weird instances of seeing life through someone else? They finally all make sense as all of the hints of the supernatural come out to play as you find out that you are no mere mortal. You are a demon, and you’ve got the power to read the minds of others as well as take control of them.

Wait… back up… you’re a what? Yes, you are a demon. You’re not human. Everything that you’ve been lead to believe at this point is only true to an extent. Honestly up until that point I was hooked because you don’t really know what to believe. Are the ones telling you this truly serious? Or have they simply mastered the art of deception so well that you can’t tell if they are lying to you or not. The answer is they aren’t because not long after you gain powers to be used on top of the “abilities” that you already have. Just make sure to not use them on those that you already know are demons. 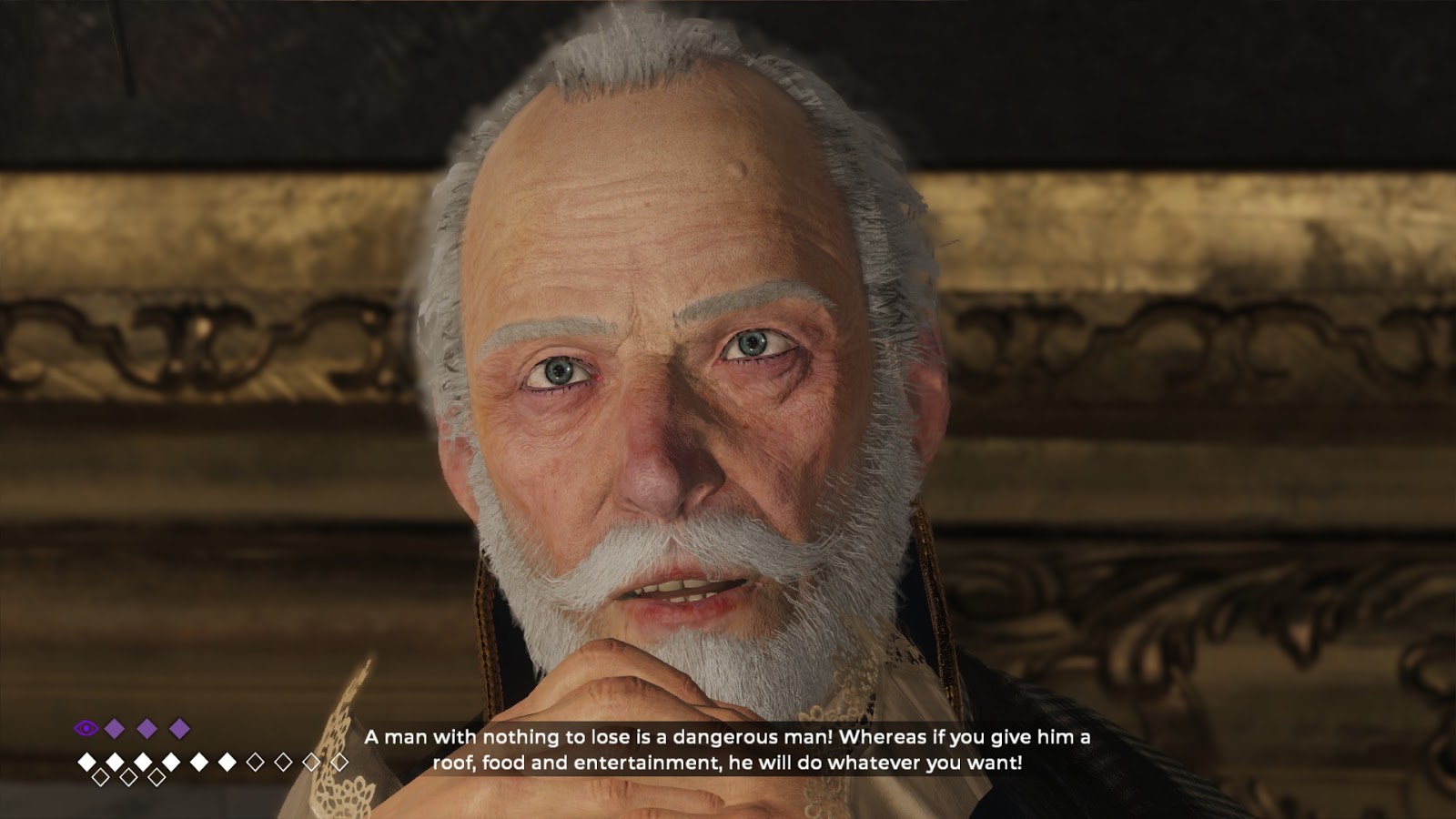 Introducing something like this so late in the game was definitely a curveball. While from a gameplay perspective it changes things to a degree, from an everything else standpoint I’m still not sure if it was the right move or not. I mean it makes things cool but the “not knowing” for sure factor, the sense of mystery behind all of these little details that don’t quite add up gave the adventure a mysterious vibe that sadly isn’t there anymore. From the way that things work out I’m also pretty certain that all roads lead to this one before branching back out for the finale. I’ll know for certain later on and write about it, but for the meantime, it’s cool but I’m unsure as to weather or not it was the right move. Chapter 5 will tell for certain.

All in all the series has been great so far. With plenty of choices leading you to events in which you’re not quite certain how they could have been avoided, you sometimes realize that in order to do something it would have needed to be done way in advance and by the time it came calling, it was already too late. Adding in the new gameplay mechanics and revelations was honestly the cherry on top of an epic frosting which just makes me hope that the final episode will be able to at least keep pace, much less surpass, what the fourth has done.