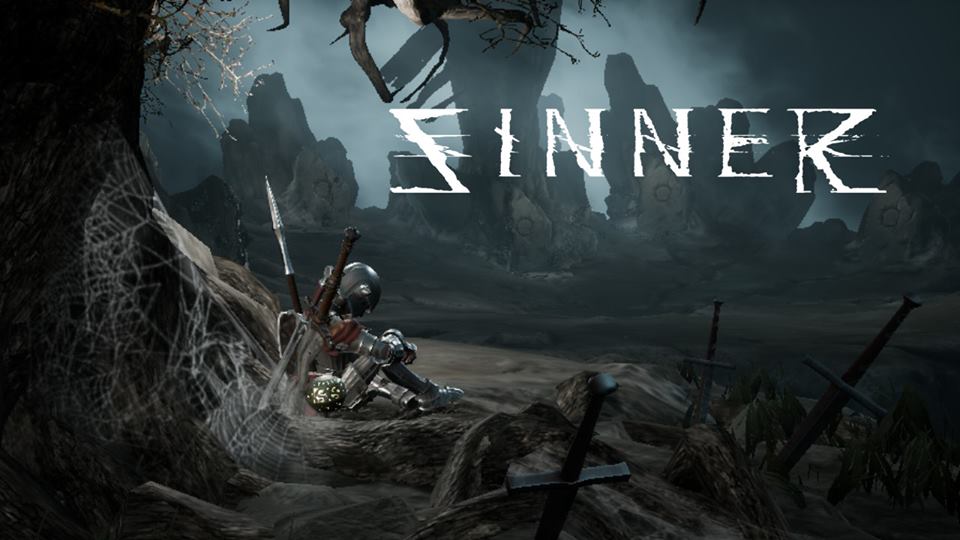 Since the rising popularity of From Software’s “Soul” series, we have seen plenty of other interesting and great titles rise up such as Deck13’s The Surge and Ska Studio’s Salt and Sanctuary. Like Demon’s Souls or Dark Souls however, they have followed the Metroidvania formula set into place making for some long and, at times, arduous adventures that will test both your skills and your patience. Taking things in a wholly different direction, Dark Star and their beast Sinner: Sacrifice for Redemption will truly test your skills as there is no adventuring. There is no leveling up. There are only bosses waiting for you to face off against them and the catch? You have to give something up every single time making you weaker and not stronger.

While just having the idea of a “Boss Run” would be interesting in its own right, the fact that you must first give something up changes a few things. We’ve all been there where we’ve started off at the peak of our abilities such as War in Darksiders: Wrath of War but we then soon lose everything in order to gain it all back slowly over time. This is very far from the case. You don’t lose everything in order to gain it all back, you slowly give up what makes you so powerful. Attack strength, defense, attack items, health potions, actual health and regenerative abilities. It doesn’t sound like much at first but as you go further each boss will become tougher than it would have been if you started with them first. 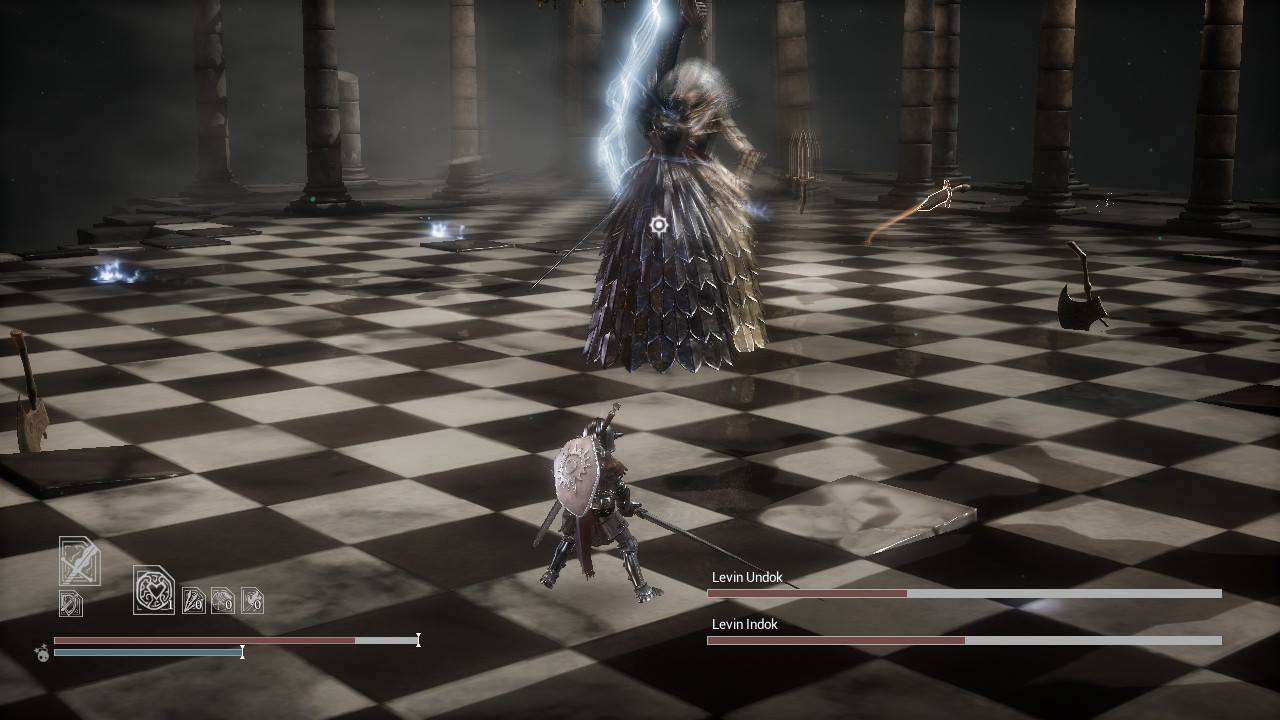 Before even sitting down to my first boss fight, I had been under the impression that when you went up against a boss it would be once you defeated them that you would then lose your powers. No before. Losing them first obviously makes things harder but at the same time it also makes things a bit more interesting because already at that point in time you have to start adapting to the loss. In another way, you never do get to see yourself at full power other than the tiny little introduction where you take out a few minions on your way over to the hub in which you’ll then be able to choose who you would face up against first. From there? It’s all about the bosses and they are strong, fast, and the most terrifying ones? They are your size.

Now as for the boss fights? They are well designed, fun to go through, infuriating as hell and often make you re-think your life choices as you’ve died for the xth time in a row. This will also change depending on how you decide to go through the list of bosses as I was making fun of my brother for not taking out someone who I had done early enough on in my own run. I honestly shouldn’t have said anything as when I was ceremoniously handed the controller… I had just as many issues. Not only do you give things up, but it feels like the bosses themselves also get harder, stronger and faster as you move through their ranks.

For the bosses themselves, learning “patterns” will take a while as every boss won’t simply go through the same patterns, but they’ll also switch it up at every third of health or sometimes even prior to that if their mood fancies it. This more than makes up for the lack of adventure on your way forward and honestly? While you get to go up against every single one fully stocked, or with whatever is left of said stock, sometimes it won’t help until you essentially “get good”. Each of these bosses can be found in different environments from the inside path of a volcano to an icy and snowy reach that holes will appear and kill you instantly if you fall into them. While the environments themselves generally don’t add too too much to gameplay, they add in enough visual diversity that when added with a boss and their mechanics makes every fight truly unique from one another. 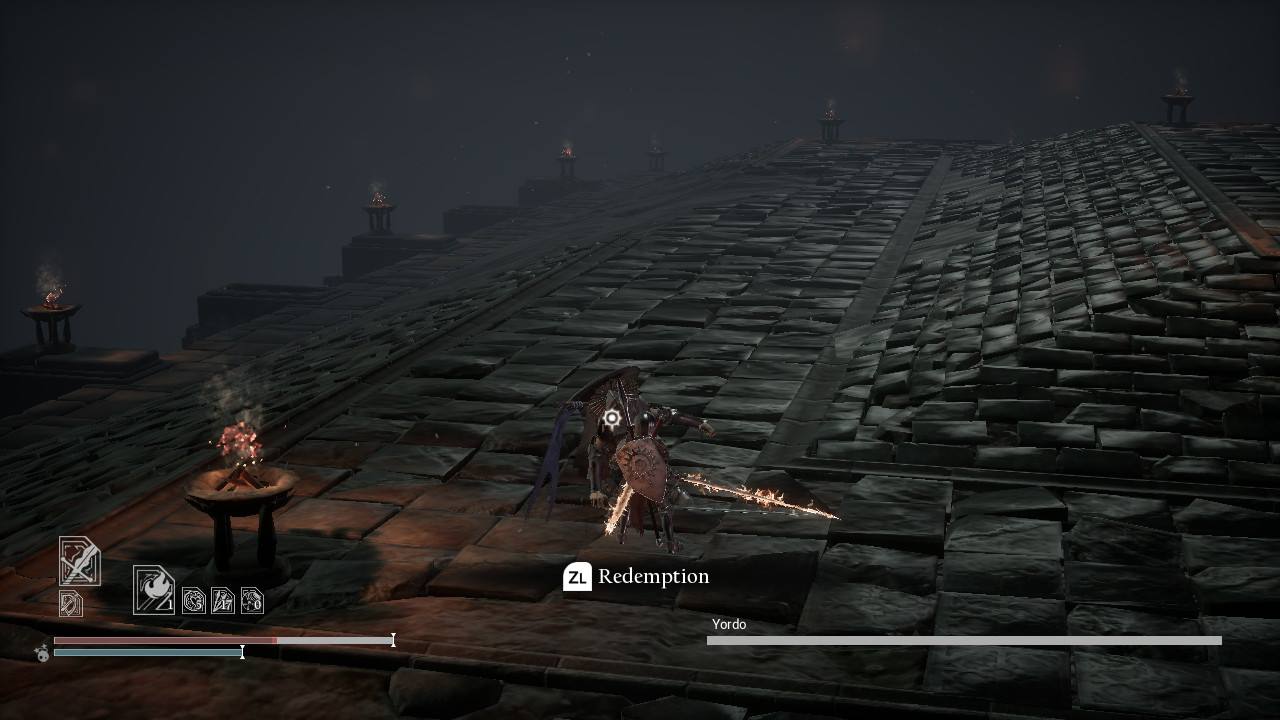 As great as the gameplay is though, it isn’t without some issues. One of these is that there can be a bit of lag when there’s a lot of things happening on screen at the same time and that, from what I can see, may be more of a Switch issues than it would be a general issue as it doesn’t have the same processing power as the rest. That said, at least it’s portable and works great on the go off of the dock.

The real issues come more through hitboxes. Being able to use either a sword and shield or a two-handed sword, it often felt like the one-handed sword should have hit an enemy instead of passing through it. Most bosses are huge and in my play through I felt like I could overall do more damage with a one-handed weapon than the two-handed because of the attack speeds before having to dodge. Dodging I often left like it wasn’t even worth the effort compared to attempting to parry a blow more because of how slow it was and with “timing” being everything, you really often had to pre-dodge or an attack would hit you anyways. 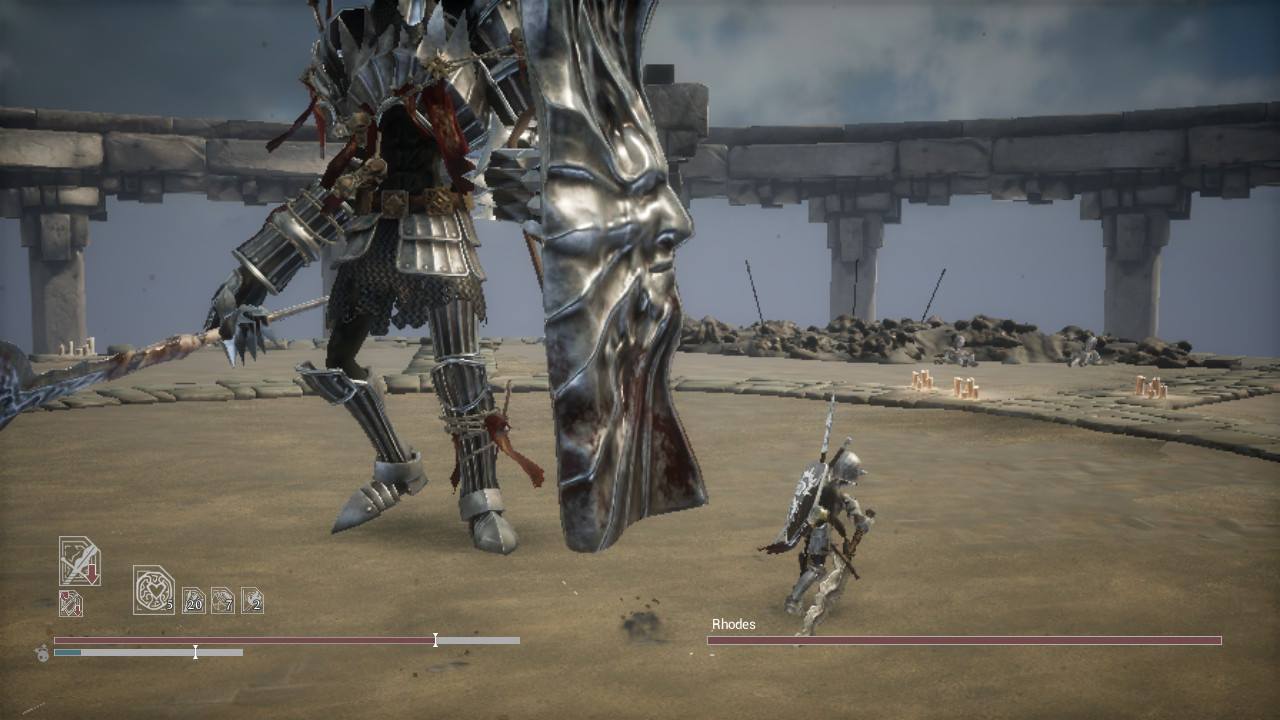 Finally in the attack boxes there were some enemies that felt simply unfair because if you got even too close to their weapons that were launched onto the field and remained there, you could take massive amounts of damage. This was both because the weapons themselves hurt and because the boss could hit you again while flinched. While an argument could be made to simply go around these, often they remained stuck right where you actually need to be standing in order to hit the boss and to claim victory.

Overall though, Sinner: Sacrifice for Redemption was a pleasure and a breath of fresh air for the style. While I absolutely love the Souls Series, Bloodborne and The Surge, not having to deal with the environments and instead having all of the effort put into epic boss fights made for a lot of fun and frustration that comes with having to learn and adapt that quickly to rapidly changing situations.