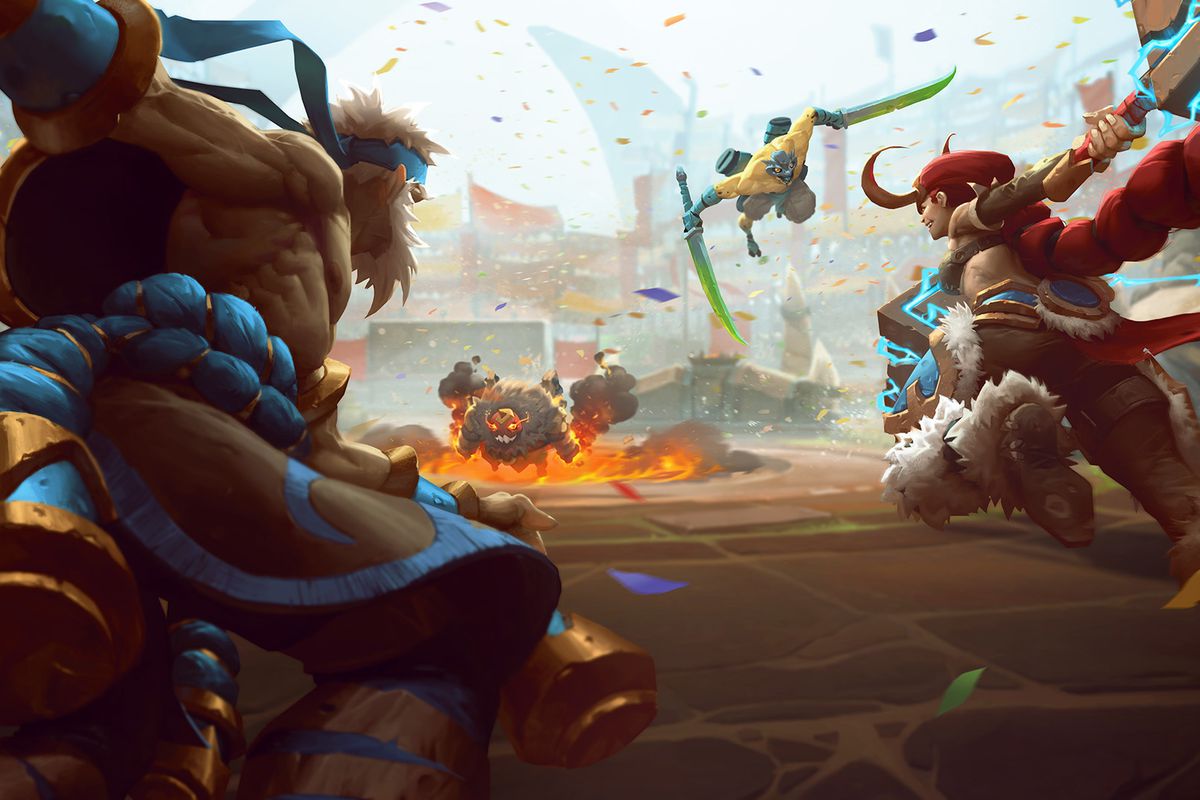 For any of you MOBA or Arena fans out there wanting to test your skills, always having that confidence in going in 1v5 because you are just that good? Well look no further now you can test your skills 1v99. Easy, right? Battlerite has released a new game by taking in the popular Royale genre and integrating it into its own playstyle creating this hybrid that works out a lot better than it sounds. Players of both game types come together and prove who will rise to the top in this new Battlerite Royale preview!

As someone who has spent many hours playing Battlerite, I figured this shouldn’t be nearly as difficult as maybe some new players would. Turns out, I was wrong. Even with the hours I have in Battlerite this game still has its own kind of learning curve to adapt to. Rather than having all your skills at your disposal, you instead start the match with 1 skill, and just enough money to buy 2 more, and 1 potion. It takes a lot of guess and check to find out which 2 skills are really the best to start with. Upon landing from your initial fall into the map a priority is to find “chests” that looks like spheres with runes to unlock new buffing items, gold, or abilities.

Not all of the characters from the Battlerite game are currently in Battlerite Royale they have a variety of each character in the ways of Melee, ranged, and mage types. I have yet to notice many support characters currently in the royale version, likely due to usually requiring a teammate to really make them shine. That being said, the supports that are currently in the game are there for a reason, as I learned early on…there is no bad characters in this mode, depending on the person behind the screen I have had my butt kicked by all types. But not to worry, after losing there is always a spectate mode, this is quite useful if you want to learn what exactly the others are doing in order to survive and make it further, or just hit that exit button and jump back in for round 2! 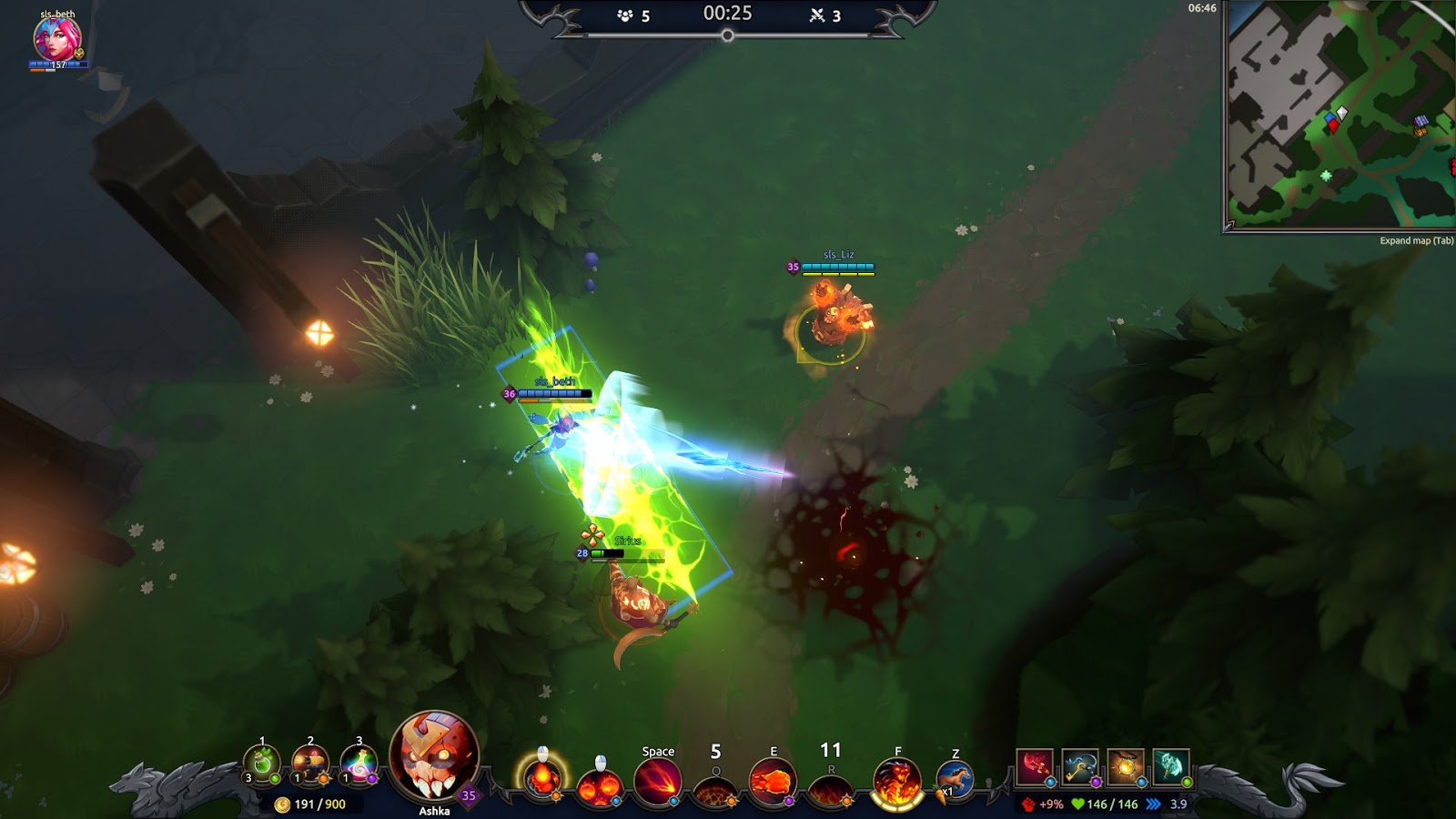 The buildup before the launch actually has its uses not only does it have a chance to let you see the competition around you, but it gives you a chance to spend that “pre game” gold and get some new skills before the hectic drop and scramble for loot. When the game is starting you fly out on a dragon, and start to soar over the map, and so it begins. This is where your play style as a person really shows. The big fighters will always jump off the dragon straight away and go for the ground as soon as possible, grab some loot and begin a blood bath. Some prefer to play it safer and avoid the early game blood bath and go for the less populated areas and grab some loot for the mid game. I would never call the 3rd type a coward, if anything these are often the type to want to win the most. They will land in the middle of no where and grab as much loot as possible and avoid that early conflict, solely aiming for that win.

It begins with the fall, but always remember when falling that you can navigate yourself and land more strategically either inside a house with loot, or if you noticed too many players landing near you perhaps navigate to the side and let me brawl it out and go in for the cleanup. The early game is very important this is when skill rains supreme, before players have a chance to gear up and get rare or epic skills it becomes a 1v1 3 skills each, lets see who comes out on top, for those who are confident, this is the best part of the game. As time passes we have a death vortex that appears, this vortex does constant damage players stuck inside of it, this is to close the map off and force the remaining players to find each other until 1 remains. The only thing to look out for are those who can be referred to as the “cleanup crew” nothing feels worse than clutching out a victory against a worthy opponent just to simply be taken out 5 seconds later before having time to heal.

There are 3 kinds of loot in this game, gear, skills, consumables and gold. All items come in rarities that greatly affect the items bonus stats. In order of strength it goes Green, Blue, Purple, Golden. The gear has effects on the players such as movement speed, life stealing, damage, all sorts of affects, the greater the rarity, the better the item is. Next is skills, as you open loot chests you can find either duplicates of your current skills, or find new or more powerful versions to help you push forward. Consumables are a huge part of this game, the need for potions or usable items really helps survive the long haul. Whether you are coming off a close win or even missing a bit of health, its always good to heal up and top off when you can find the time never knowing if you will have the chance or not. 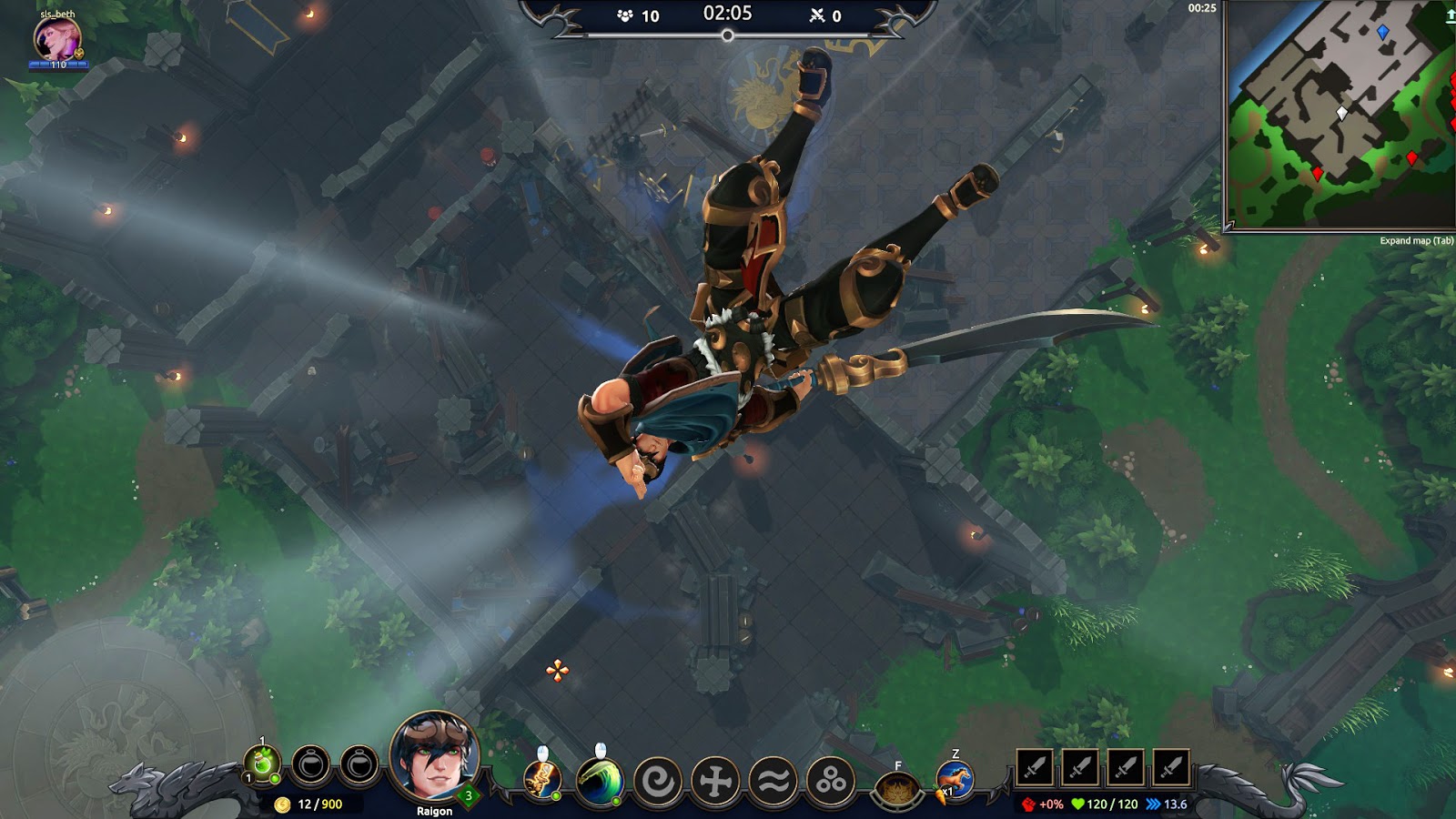 There are more than simple potions when it comes to consumables, there are items that can make a character fly across the screen, or shoot a rocket that can stun an opponent, perhaps using a fake chest bomb to fool other players and give you an advantage after it blew up in their face!
Lastly there is gold, at first this doesn’t seem very useful when you are being attacked by other players, but if you manage pull through there are merchants layed out all over the map. The gold is used to buy either items consumables or even new skills from these vendors. Having the ability to increase your move speed or get some extra damage, or even buy some potions when you have not been lucky enough to find them.

You will never leave a game feeling empty handed, each game will reward you some experience and gold to purchase cosmetic items or characters regardless of your finishing position. There are leagues that you will be placed in depending on how well you have ranked, kills per match, placement, wins. All of these affect your placement and rewards. There is also a built in reward system simply by playing, the achievements list, complete the requirements to earn “free stuff” at the low low price of your spare time!

Battlerite royale is a great take on a hybrid mix of Moba/royale had a baby and made something new. The games unique ideas, and loot system made it a ton of fun trying to figure out which characters I loved playing in this mode. The smooth gameplay and the great fresh feeling through my first or even my 10th drop made it a game worth playing.