comments Share
You are reading
Landinar: Into the Void – PC Preview

Landinar: Into the Void is an excellent space adventure with deeply customizable starships, intense combat, and a fantastic feature of seamlessly moving from starship control to interior pilot control. This means gamers can enter the numerous space stations or move around various compartments within a starship and repair critical components. Though still early in its Early Access phase, Landinar is a gorgeous and often smooth experience and with its responsive development team, changing nearly every day. By taking the helm in Landinar you take control, and of more than just the pilot and a wicked starship; in Landinar how you explore the quadrant is up to you. The premise and initial preview of Landinar are both exciting and dare I say I am impatiently awaiting its eventual release.

Fair warning, Landinar: Into the Void is in Early Access and is (unfortunately) a bit clunky with technical oddities. However, I am (and have been) quite unconcerned with them as the swell folks over at Convoy Games are on top of literally everything. Post some feedback or report a bug? Prompt response, logs are often requested, then boom … an update is released after a thorough investigation and *POOF* woes be gone (note, for those not in development, “POOF” is far from instantaneous and could be anything from a few weeks to months). Still, they are incredibly dedicated to ensuring you have the smoothest experience in the open-world sandbox-style action-packed space title. There will be hiccups in the Early Access, but that is WHY there is an Early Access and they are on a mission to making sure it is the best that it will be.

Landinar: Into the Void is awesome. Pure and simple. 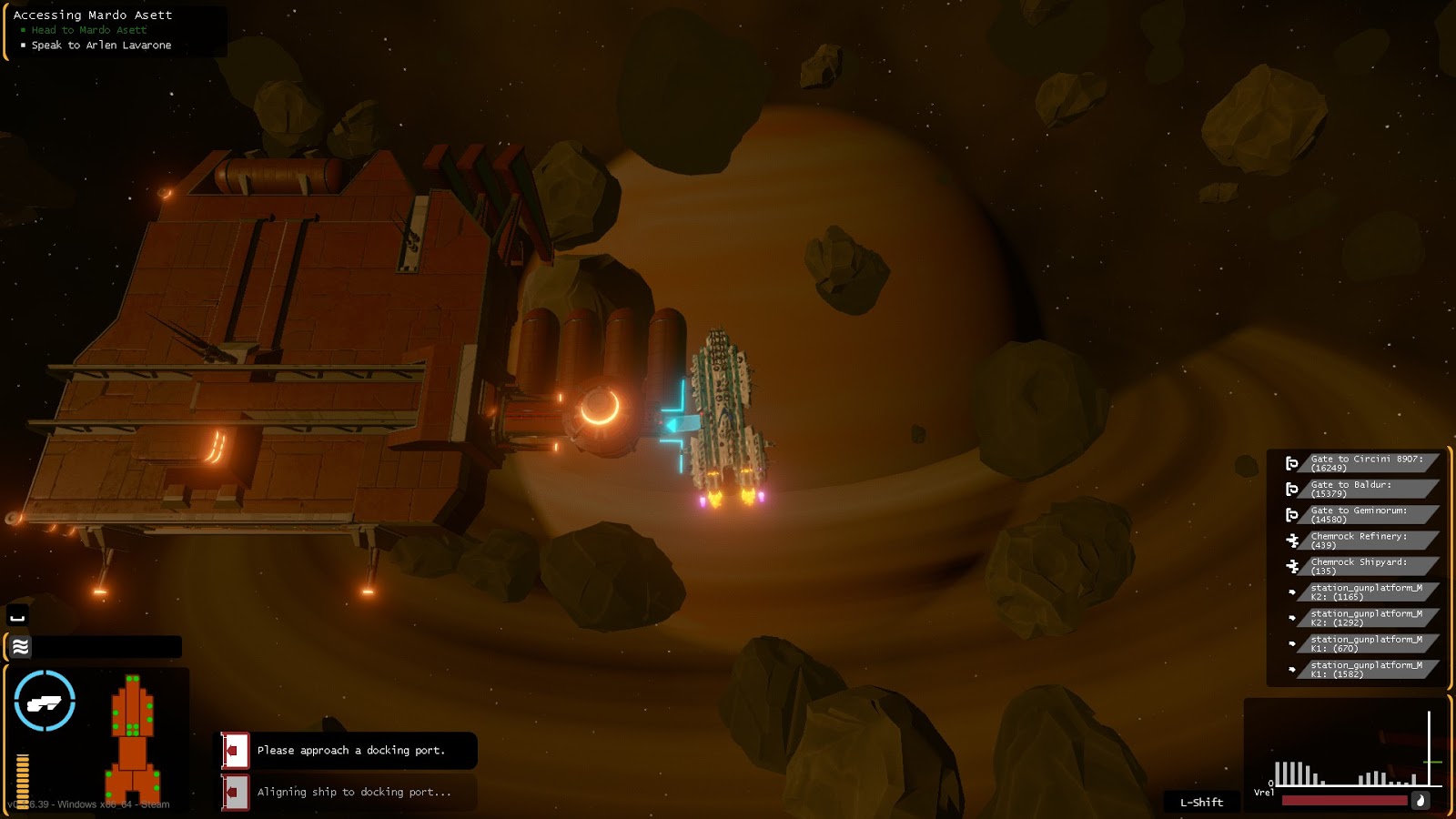 There are, though, a few desirable upgrades I would like to see with Landinar, and largely that involves both ramming and camera control. While walking as a character, not as your ship, the camera is fixed and there are plenty of stations that have winding corridors and foreground cover and it is easy to lose sight of your pilot. Being able to rotate the camera can save a *ton* of time that is spent on running around trying to actually *see* what is happening. Another update I would like to see is an update or addition for ramming; a lightweight craft with strong hull slamming into other ships could be devastating. Right now units just sort of bounce off of one another and while damage can occasionally be substantial, it is relatively unsatisfying. I do hope, though, that the ability to step out of the cockpit means that we may eventually be able to board other vessels in an attempt to sabotage, steal, or covertly destroy enemies. Think about it for a moment; a small stealth ship that can board others unseen where you can then kidnap (or kill) pilots, take down ship systems, or steal cargo/schematics.

What is spectacular is the wonderful meld between piloting the starship and moving around as a pilot. This brings a certain (and excellent) level of depth that I can really get behind. After you run into an asteroid (you WILL do that, it is inevitable) or are in combat with overwhelming forces, you can hop out of the cockpit and go repair your systems. While this can be immersive, it also adds a level of depth that extends beyond grabbing quests or purchasing items, as it means that your ship’s interior layout. If you are going to be combat-heavy then you may want to put all of your combat-oriented systems, like generators or weapons, near the cockpit so you can quickly jump out and repair those systems if they because too damaged while you are hunting pirates (or being a pirate yourself). I do, though, wish that you could actually design the ship, not just select from premade designs then alter the interior layouts. Though the ship designs are solid, there are plenty of restrictions in said designs; I just feel that there is not enough variation … yet. 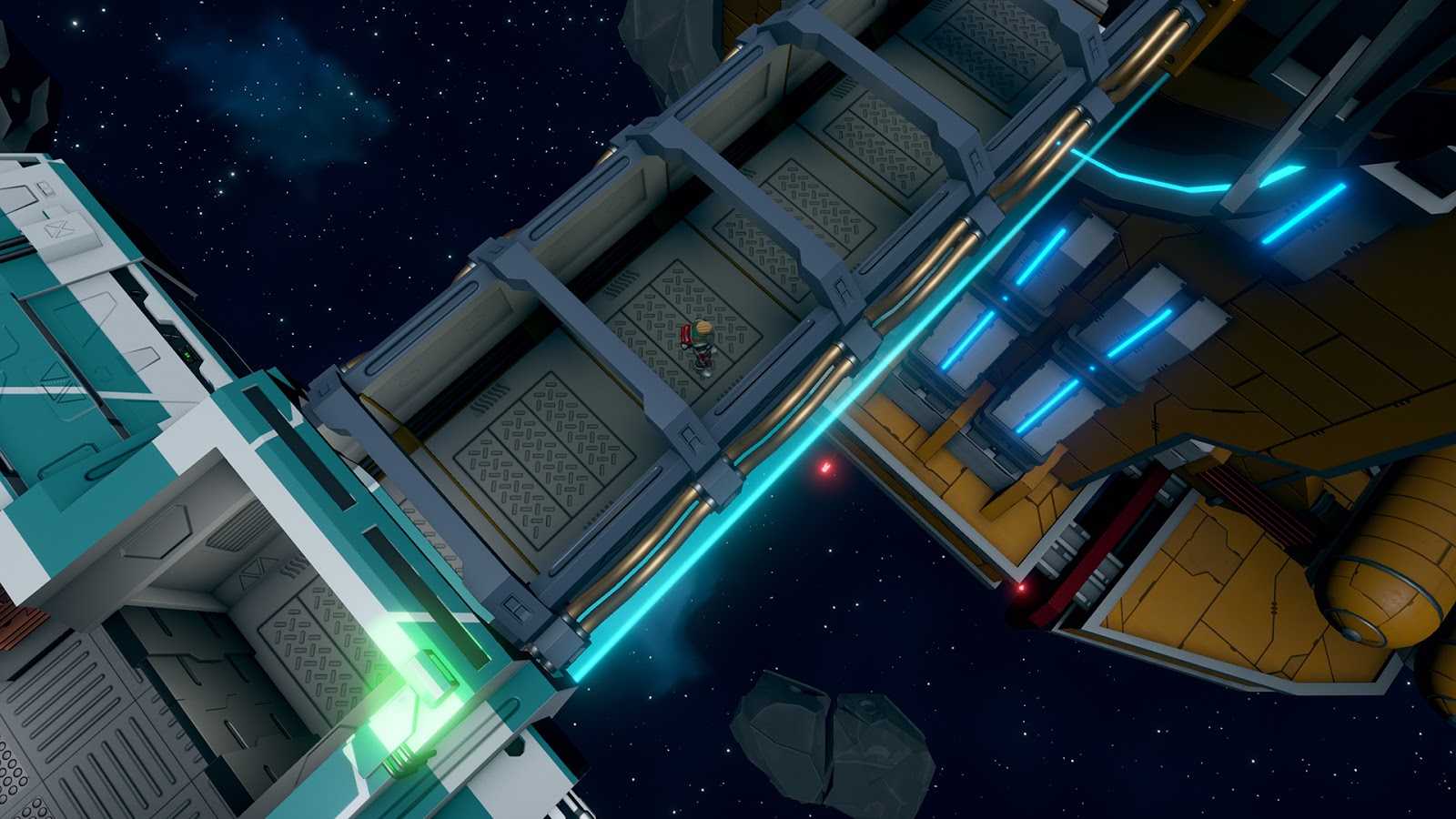 Landinar: Into the Void is a wonderful spaceship sim that is in the early stages of development and with plenty to do, it is worth of any spacefaring adventurer. With Convoy Games constantly pushing updates (at a rate that is so fast that some items mentioned in this preview may actually be addressed already; they are FAST) and at only $16 USD, Landinar is an absolute steal. Keep an eye out on their Steam store page for more updates!