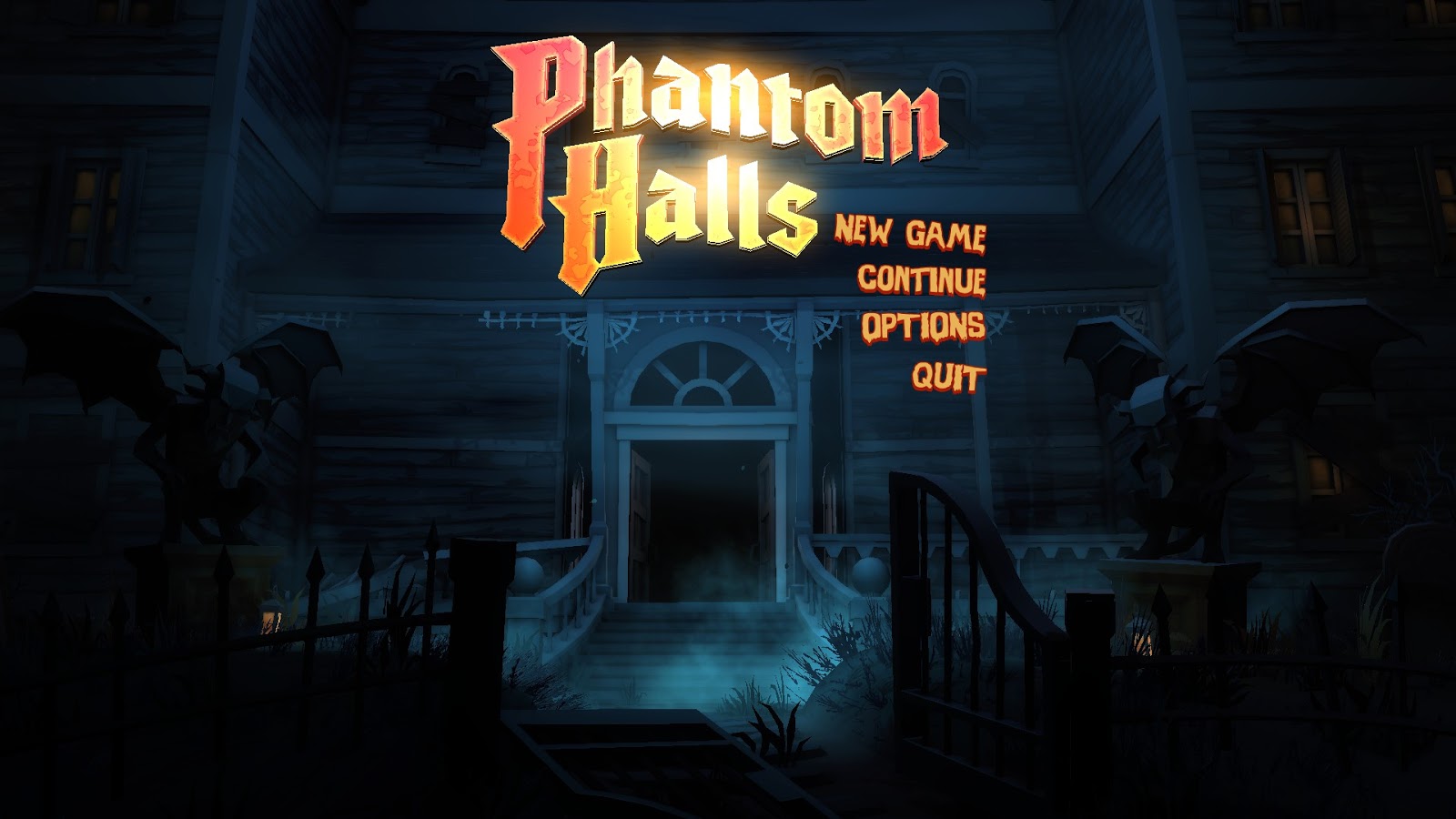 Earlier this year I got the chance to take my first steps into the Phantom Halls of an evil house up on a hill. Armed with baseball bats, shotguns, molotov cocktails and a good old fashioned set of legs to help you run away from the monsters, join up with a Goth, a Cheerleader, your typical book Nerd and a Jock in order to combat the evil of the house before it escapes into the nearby town.

Feeling a tad like an adult Scooby-doo episodes once the monsters come out to play, Phantom Halls is a lot of fun. Each Stage gives you an objective as to why you would put one or more of your available “cast” into danger by sending them into the house. Once inside of these evil halls, all bets are off until you finally trigger the “end-game” in which the quiet and horror inspiring darkness turns to a crimson red making you want to do nothing more than run for dear life as everything is now truly out to kill you instead of simply wanting to kill you on sight!

What makes Phantom Halls neat, especially for a horror themed title, is that it’s not scary. The atmosphere will settle in making you cautious but for the most part when moving from left to right across each hall and the rooms that they connect to, your biggest worry will be how many weapons your packing, if you have any health kits left and how you’re going to tackle the obstacles before you. 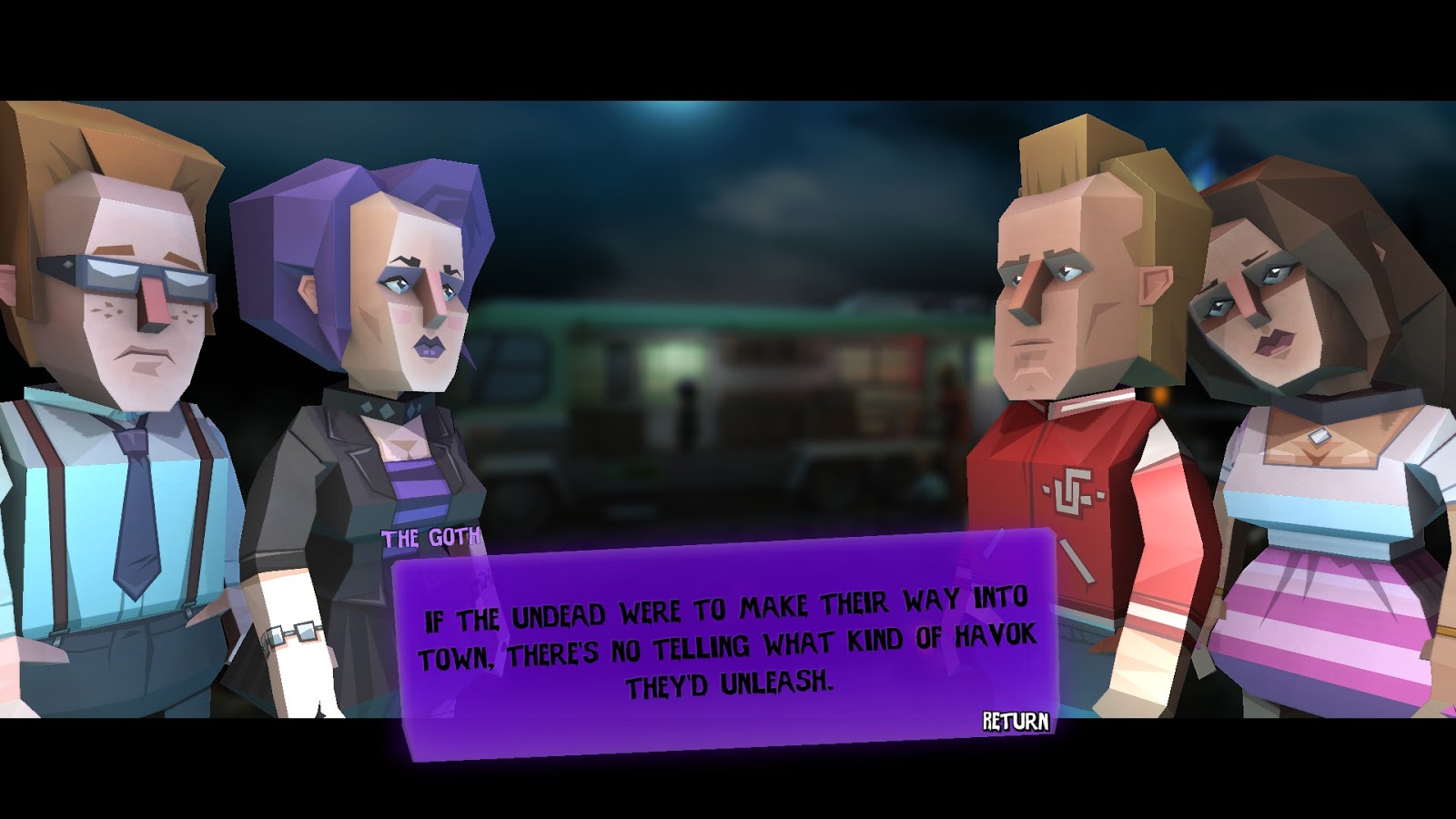 Not all foes are created equally and while sometimes a good bat to the head of a zombie will do the trick, you’ll need to be a bit more creative with skeletons that launch their own bones at you or maggots that explode upon contact damaging you regardless of how long your stick was. It’s a good thing that there are ranged weapons and that often enough, there’s more than one of you!

In Phantom Halls you don’t just control a single character, you can control multiple simultaneously. While this sounds a bit daunting at first, it becomes rather simple once you realize that your characters move in a group and that they all aim wherever your cursor is pointing together. This can sometimes be a bit tricky when dealing with both melee and ranged weapons but each character has been assigned an attack key that is precisely above the A and D keys to move left or right. If you only want to deal with your main character then the left mouse click is enough to do the job as it will only trigger them into action.

You’ll be seeing the house a lot but it doesn’t get boring or repetitive. While you may see a lot of the same over and over, you’re often going to be more concerned with that lurks within than whether or not you can move a clock or table to use as a barricade. With each run switching things up on the inside as well, you never know what you’re in for. 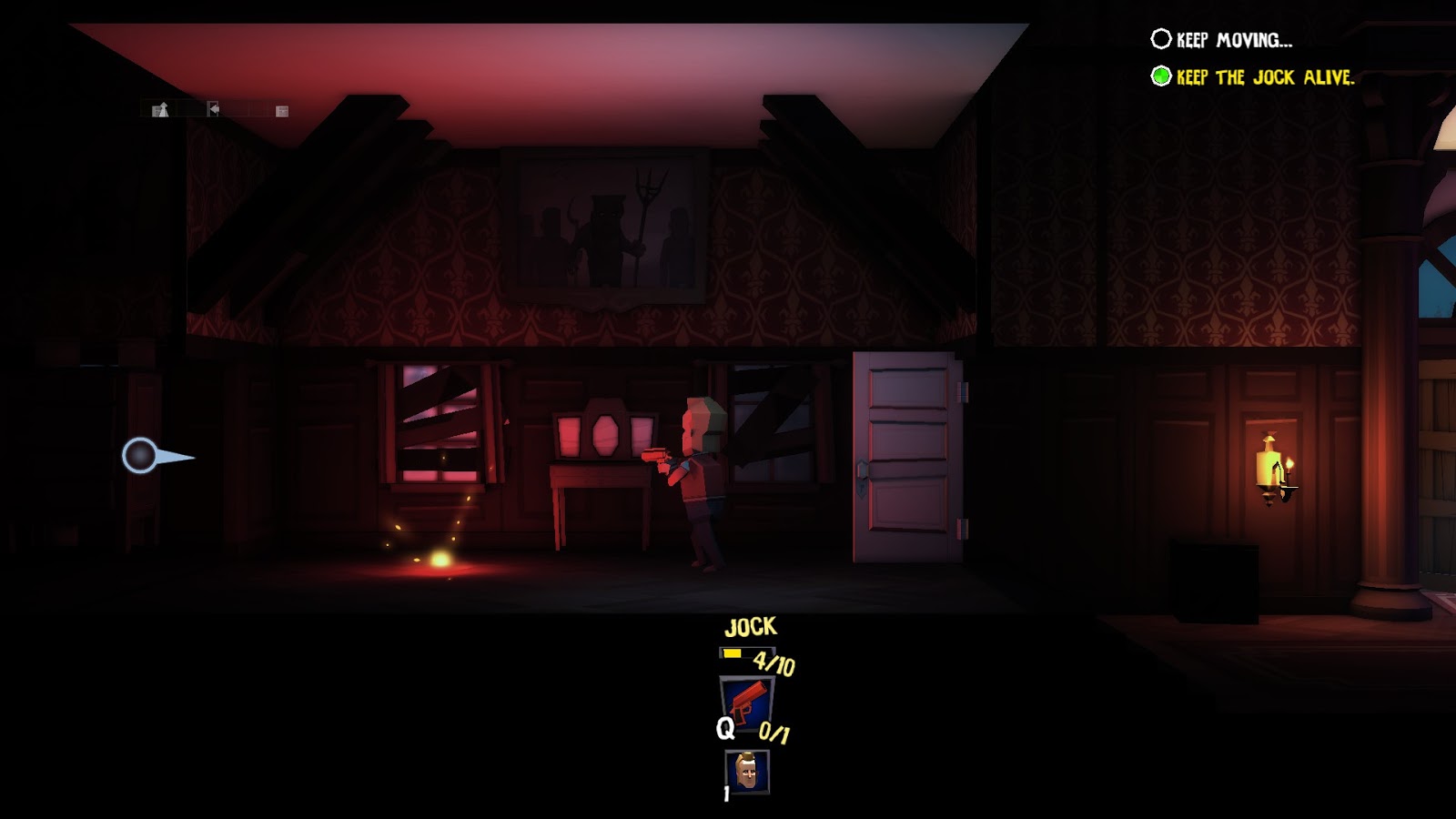 In order to move further along your missions you’re going to have to finish a couple first in order to buff up your party and their abilities. Each character has a skill tree with some passive abilities that can be leveled up as well as actual abilities to use while in mission. The cheerleader can heal while the jock can block damage and the goth can essentially make the party invisible. Each of these have a hefty cool down so you shouldn’t use them unless you really have to as a minute can often feel like an eternity in this haunted house.

Phantom Halls was a lot of fun. I really appreciated the B-Horror esque feeling that it gave off which when combined with the graphics and the gameplay elements just worked. Having played in Early Access and now in Full Release, the gameplay was just as solid but the small additions and refinements just made an already good title that much better and this will be one worth coming back to especially for Halloween!