comments Share
You are reading
Rage in Peace – PC Review 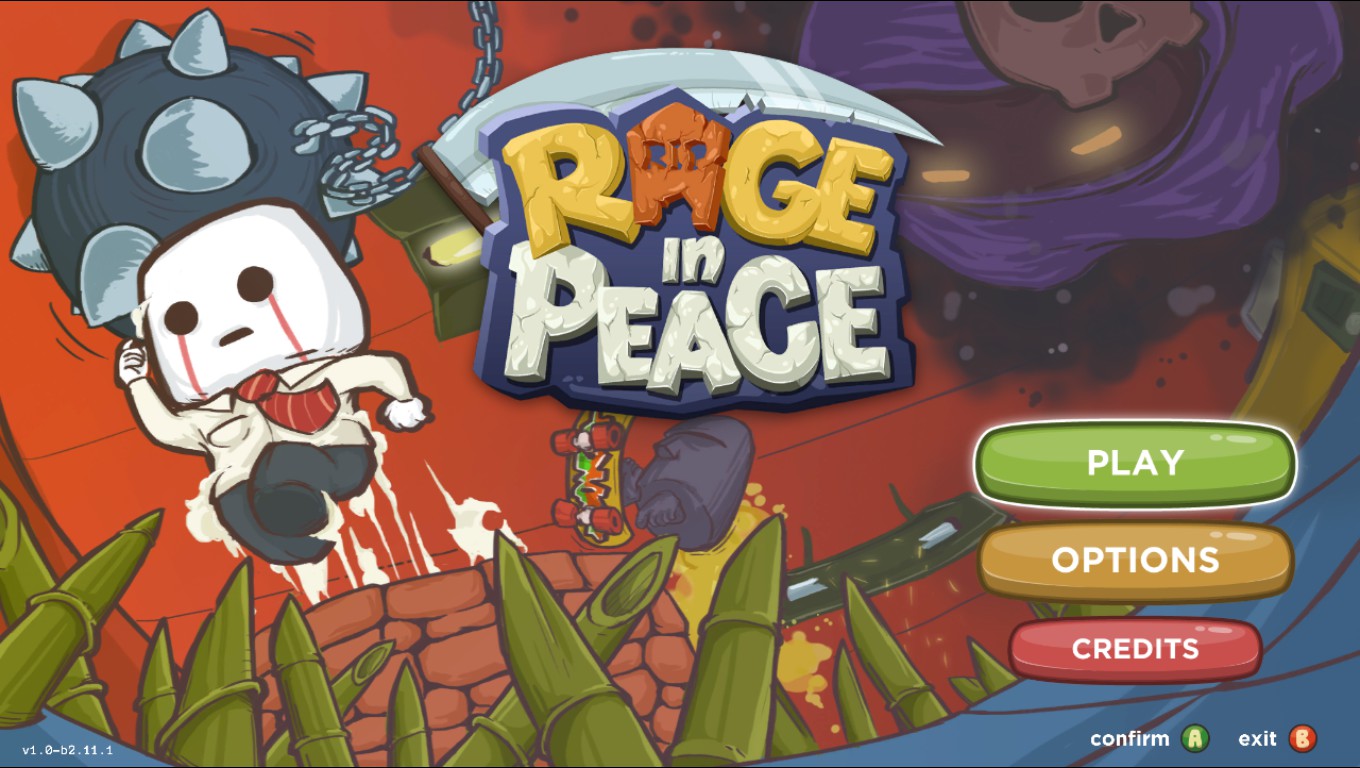 Rage in Peace is an infernal platformer that made me almost immediately think of cat Mario, but not as brutally unfair. It wasn’t until I had spent a little more time playing did it turn from what I expected to be a fairly typical rage platformer into something that hit a little closer to home than I was expecting.

Rage in Peace stars Timmy, an apathetic man who is destined to die at the end of the day with his head cut off. A Grim Reaper appears before him to let him know of his demise, and Timmy wishes he could have ended his life at home in his bed, with his pajamas on and no drama. The Grim Reaper then gives Timmy a chance to make that wish a reality, but the forces of the Universe are trying to “correct” that chance by killing Timmy as fast as possible. It’s up to you to guide Timmy through a journey of discovery and death, lots of death, as you run at obstacles in your path until you manage to get to your destination, or at least the next checkpoint. 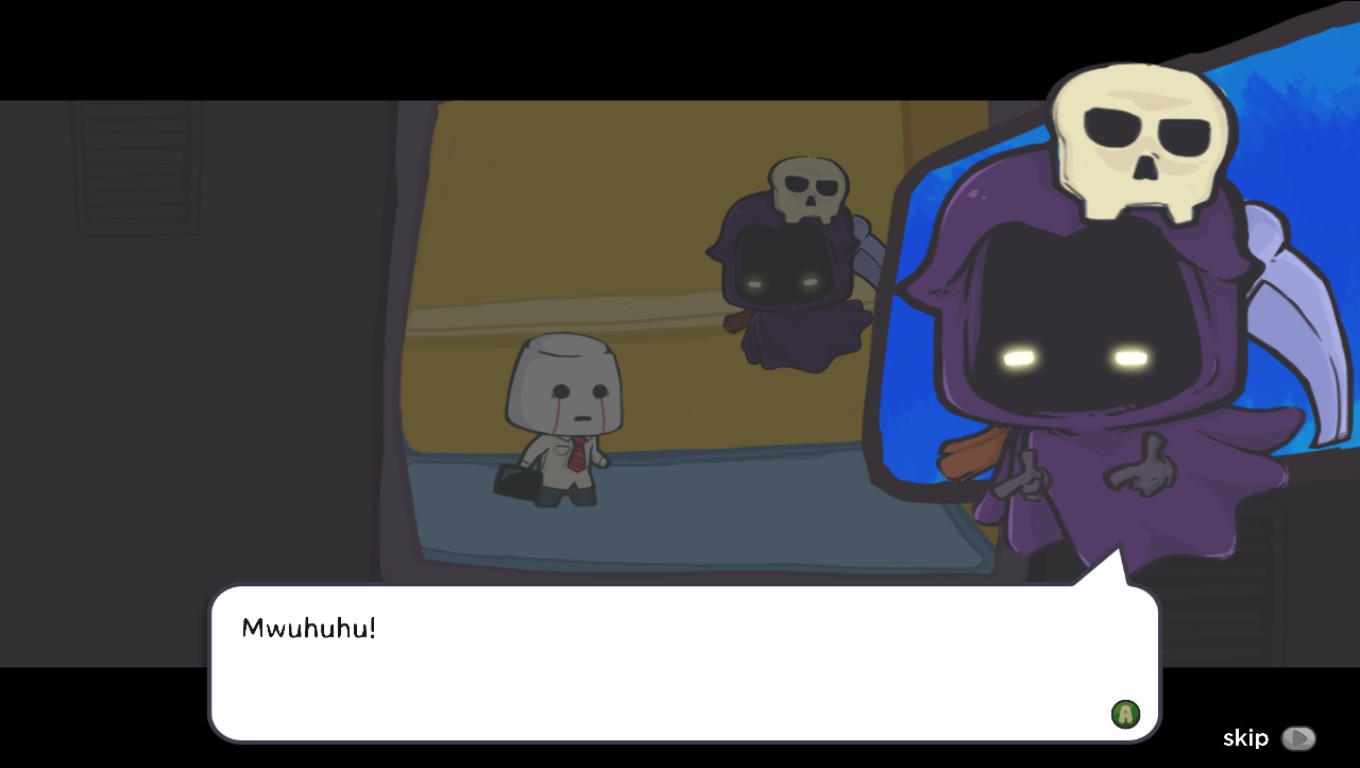 Rage in Peace started as what I thought would be a rather typical, if not well put together, unfair style platformer. You die in one hit and get sent back to your last checkpoint, the obstacles range between obvious and just downright impossible to know about until you’ve died to it once. But as you start getting further and further, Rage in Peace takes a more serious tone to it, one that hit like a sack of flour right in the gut.

With a soundtrack that really emphasizes the locations you visit and the tone of the scene, stages that are difficult, but not impossibly unfair, and one of the most entertaining Grim Reapers I’ve seen in a long time, Rage in Peace is definitely well made, if not a little short. The controller support seems really off, unfortunately, as every time I plugged my controller in, the buttons would rotate 90 degrees, which was really weird, but perfectly manageable once I got used to it. 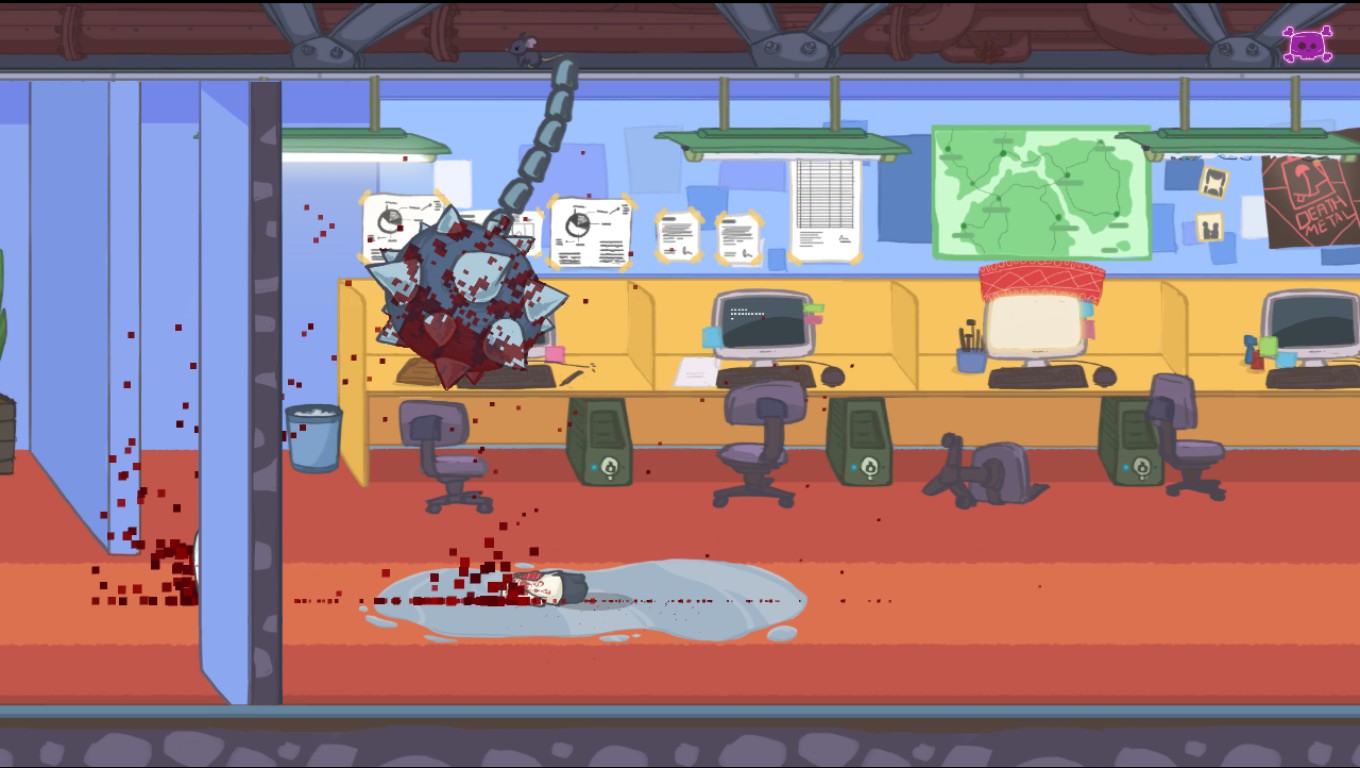 While Rage in Peace is perfectly adequate, ultimately I didn’t come away feeling like I played a game, which is one of the reasons I struggled to give Rage in Peace a score. I feel like saying why will take away from the impact, so if you plan on playing you should probably skip the rest of this paragraph. SPOILER: Ultimately, I felt like Rage in Peace was a Eulogy.

While I’ve played a lot of games that were “made in memory” of someone, or people, or were “in remembrance of” people, this was the first time that I truly felt a game was legitimately dedicated to someone no longer with the developers, compounded even more by how real the feelings expressed truly are after having lost someone close to you. 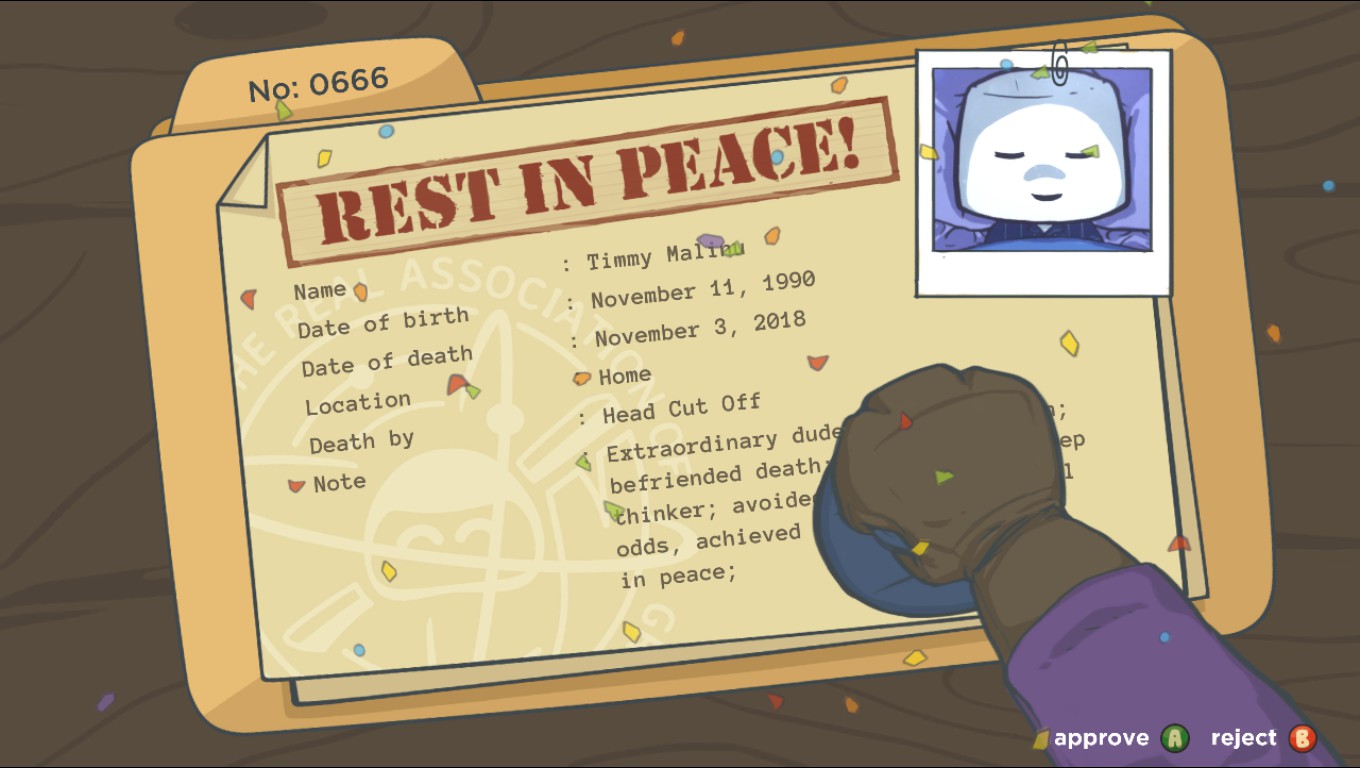 While Rage in Peace may not be the most standout from the crowd in terms of gameplay, although it was nice having a certain “theme” during each stage to spice tings up, it truly does stand out with its “message”.