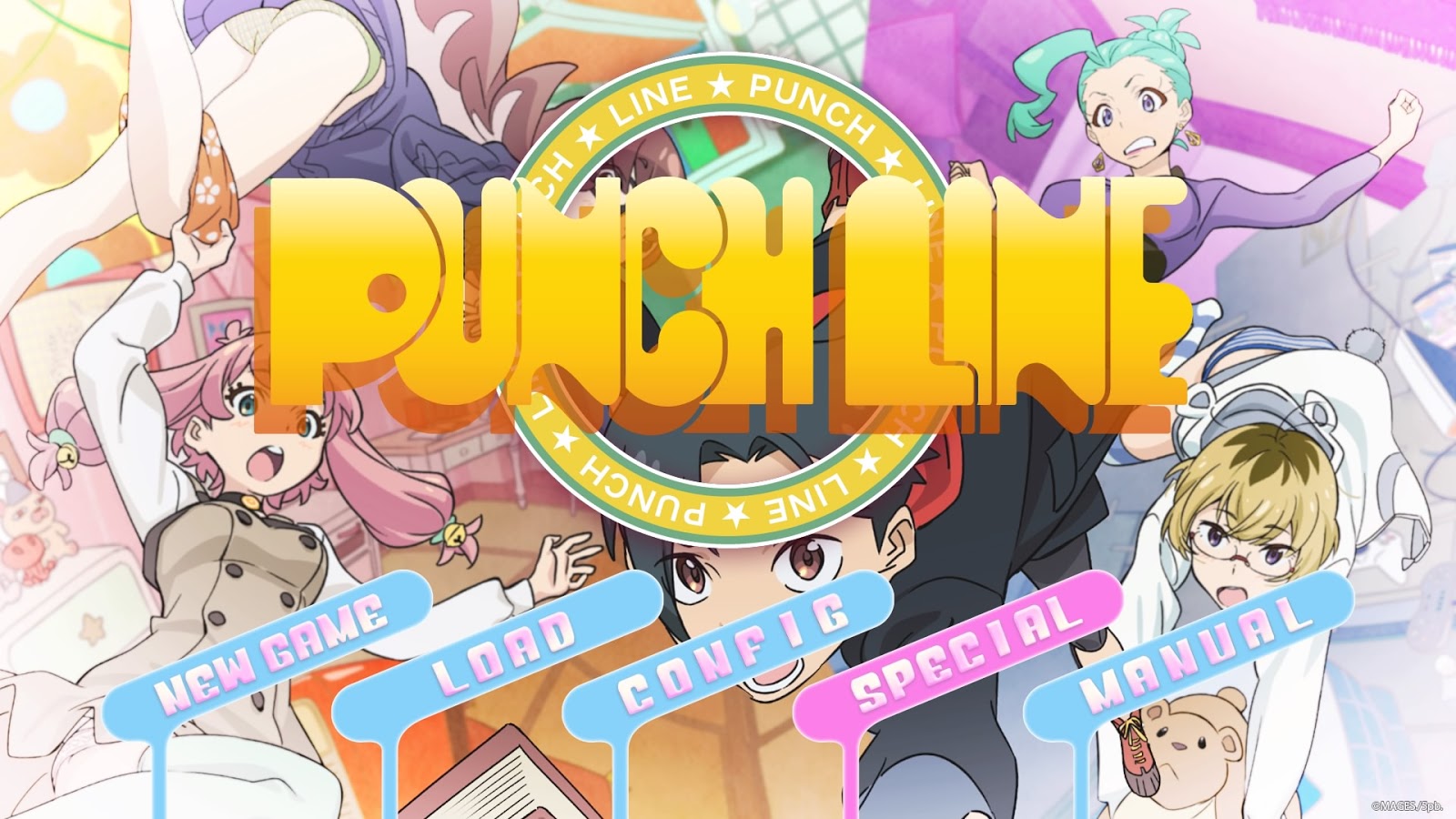 With slapstick humour and plenty of fanservice, Punch Line can aptly be summed up by stating its title. Punch Line came out as an anime in 2015, and I watched it back then, and have the same thing to say about the game now: “this is ridiculous”. Not a bad ridiculous mind you, just…ridiculous.

In case you were curious, the show/game is, for the most part, a series of gags and “punch lines’ (title drop). In fact, every characters name is a pun on their personality/role in the story if you know enough Japanese to pick up on it, or bother to google it. Even more so because the title “Punch Line” sounds like “Panty Line” when said in English with a Japanese accent, which brings us to the plot!

You play as Yutan Iridatsu, who got involved in a bus jacking incident, and then became an astral spirit, while somebody else is using his body. With the help of the spirit of the cat Chiranosuke, Yutan needs to find a way back into his body by using his meagre spirit power. How does this relate to the title, you may ask? Well, if Yutan sees panties twice in a row (or for too long for the purposes of the game), then he gets too excited and a meteor crashes into the earth killing everybody. Yes, really. Thankfully, as a spirit body, Yutan isn’t tethered by the pesky laws of spacetime, and can return to certain points in the past to try and reclaim his body. 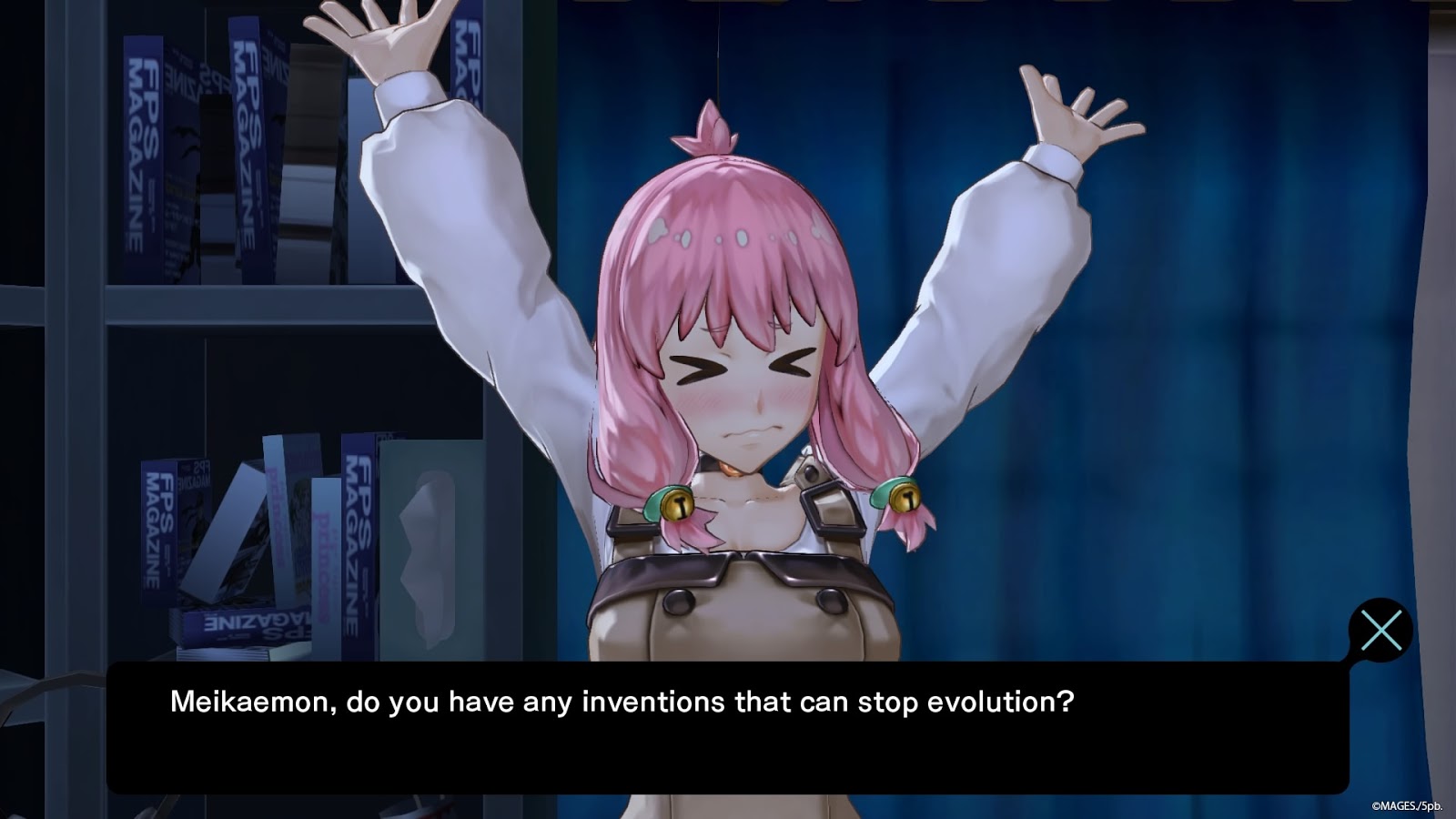 Punch Line plays in episodic segments that consist of: visual novel style plot advancement, a “scare people for points” segment, and a “trick” segment. At least for the first half of the game, the second half is almost exclusively story time. The idea behind the spooking people is that you need soul fragments in order to increase your power as a spirit, so you need to literally scare them out of people. Don’t worry though, they’ll be back to normal after a good nights sleep.

You can scare the tenets of Korai House (the boarding house where Yutan lives) by messing around with stuff with your spirit powers, which you use by pointing and clicking. Similar for the “trick” segments, you have a goal that you need to accomplish by setting up various pieces in order to create a domino effect that will end in your desired result, although the logic jumps for those can be pretty ridiculous at times, but that’s just par for the course with Punch Line.

There’s not a whole lot more I can really say about Punch Line without just giving the story away, but I will say that it was genuinely funny, and there were a lot of fully animated cutscenes too, which was really nice to see. The music was good, and some of the character songs were absolutely hilarious. The characters themselves are also all really unique and entertaining. 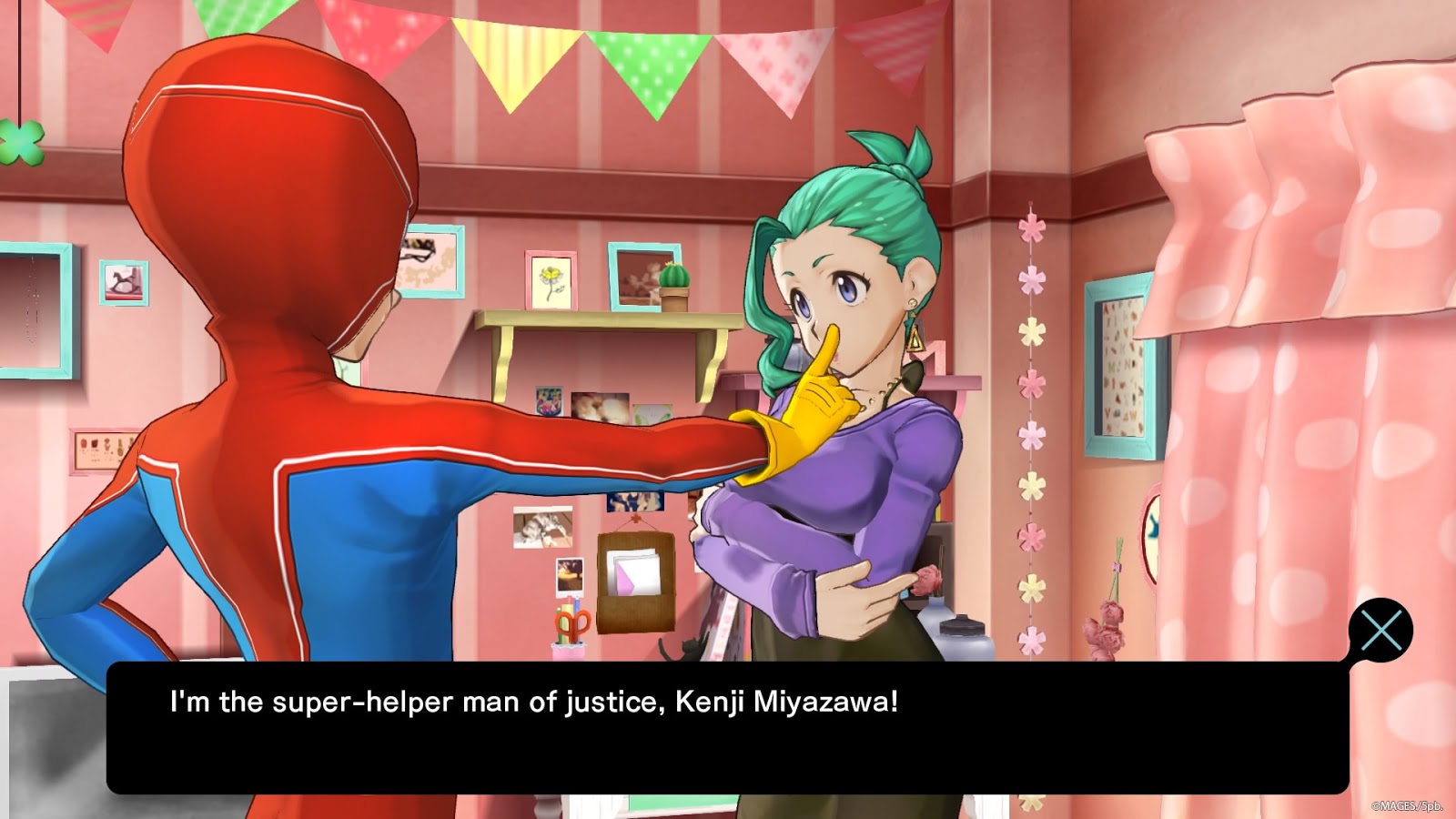 The quicksave function during the story segments is really useful, and almost TOO quick. Unfortunately, the game really feels like it was truly meant as low budget episodic segments. Well done low budget episodes mind you, but the feeling is still there. There are a lot of chapters, but they’re all pretty short, and the trick segments barely last any time at all, and feel more like they were added in just to keep from having to call Punch Line a “Visual Novel” instead.

This is really unfortunate because I do really enjoy the type of gameplay they were advertising in the trick segments. If you’re looking for more of that, try playing “Ghost Trick”, the only mobile game I’ve ever actually paid money for. Back to Punch Line though, the character polygons would snap to different poses a lot during dialogue, and while the characters were all really animated, it really gives you a sense of disconnect.

All in all, I came away pleased with the experience. While I did know all the plot twists from the anime, the game was still fun and short enough to pick up a chapter here and there. While Punch Line really feels more like a handheld or mobile experience, it’s still a lot of gags, fun, and good music. If you haven’t seen the anime, now you can play it, so get out there and don’t stare at the panties! 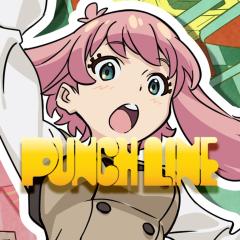