Now, just to get it out front, I absolutely and utterly abhor stealth games; they are literally the worst and I struggle to really get “into” games that heavily rely on stealth elements. It is even worse when games that have no business being stealthy, put stealthy elements into them (looking at you Battlefield 1 …). I just find so very little enjoyment in hiding or sneaking my way through a game. MYZ: Road to Eden blends the heavy stealth element into its narrative quite well, but does not force it upon you; heck if you would like, you can go in guns blazing (as I do), though it will certainly increase the difficulty, which is interesting because the three difficulty settings are “Normal,” “Hard,” and “Very Hard” with an “Iron Mutant” option (as opposed to the traditional “Ironman” mode in other human-based games).

From the start this game wants it to be a challenging experience and it is, but not to the point of controller-throwing frustration; it teaches you well throughout the campaign that careful planning mixed with the near-fanatical need to explore every scene for loot, is far more important than guns-blazing or stealthy-stab-stab. If there is a single piece of advise that I can give, it is to save before every. single. fight. Period. You are going to fail and the last thing you want is to have to go back to a save that is twenty or thirty minutes prior. 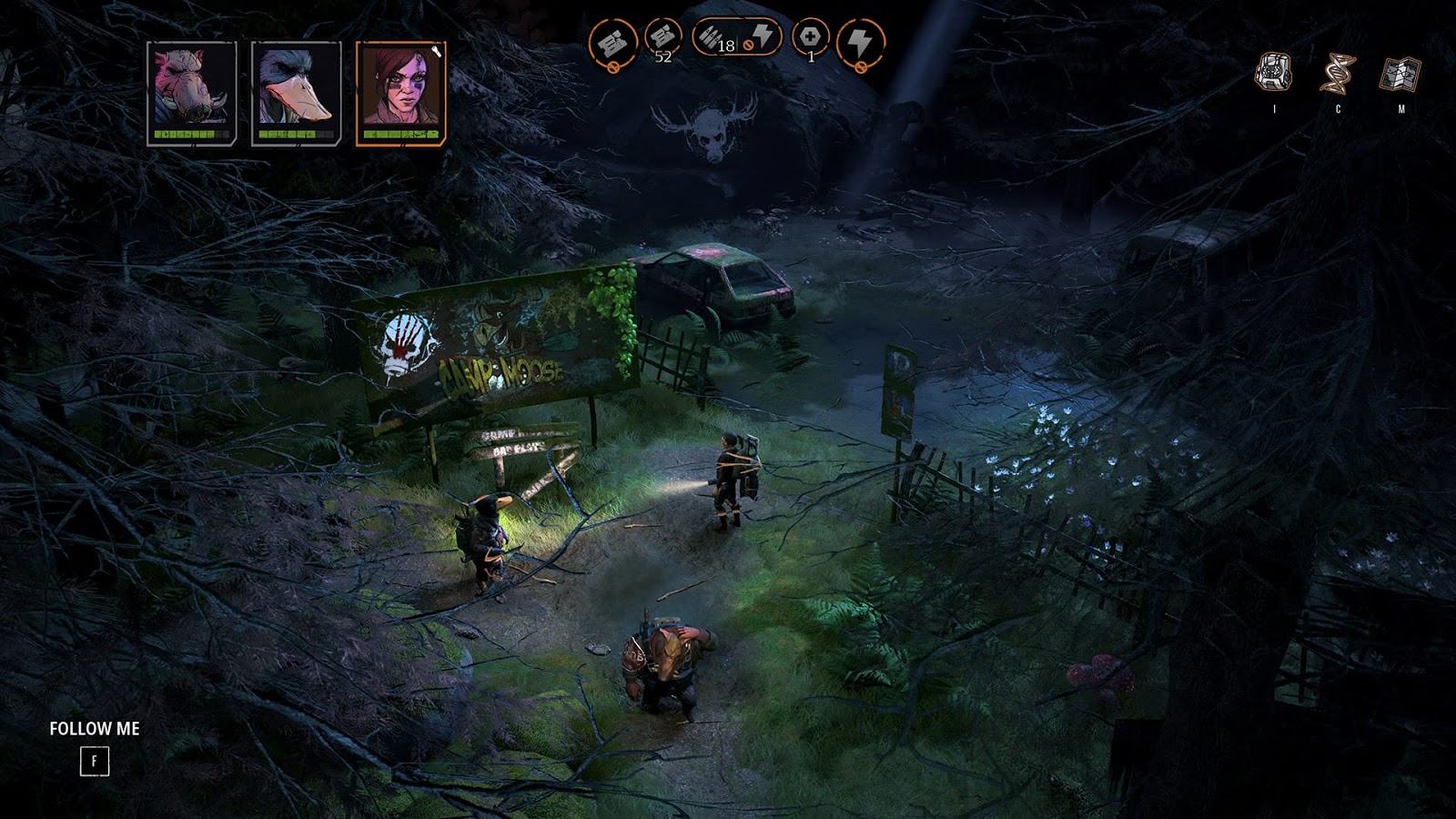 Gameplay is a rich blend between real-time exploration and turn-based combat; you enter the scene and have free reign, moving no different than you would in a more isometrically-angled Witcher III third-person style, but in stealth or free-form movement. If you spot enemies you can straight up fire on them with your non-suppressed / quiet weapons (like Dux’s crossbow), or you can scout the area in stealth-mode and set up an ambush.

Once you enter combat you will find where XCOM becomes a major influence, moving into specific squares and your characters will have action points they can spend on things like using throwables (Molotov cocktails are great!), using items like medkits (you will use these … all the time), moving/sprinting, setting up overwatch, reloading, using a skill (Bormin’s charge is pretty wonderful; reminds me of the biotic Charge ability in Mass Effect, but with more blue glowy effects and more meat), or straight up attacking with one of your equipped weapons.

Setting up areas of fire and trying to funnel the enemy towards your tanky character is key and combining character skills will be paramount to success (like rooting an enemy into place after using a Molotov on them, then charging them once the Molotov area of effect has warn off) is a great way to pin an enemy into place for a round or two so you can focus on damage, then charging them to (hopefully) knock them down for a few more turns, is an excellent way to provide some fantastic punishment. A word of caution though, enemies are not all susceptible to the same tactics so you will need to reinvent your style on-the-fly. 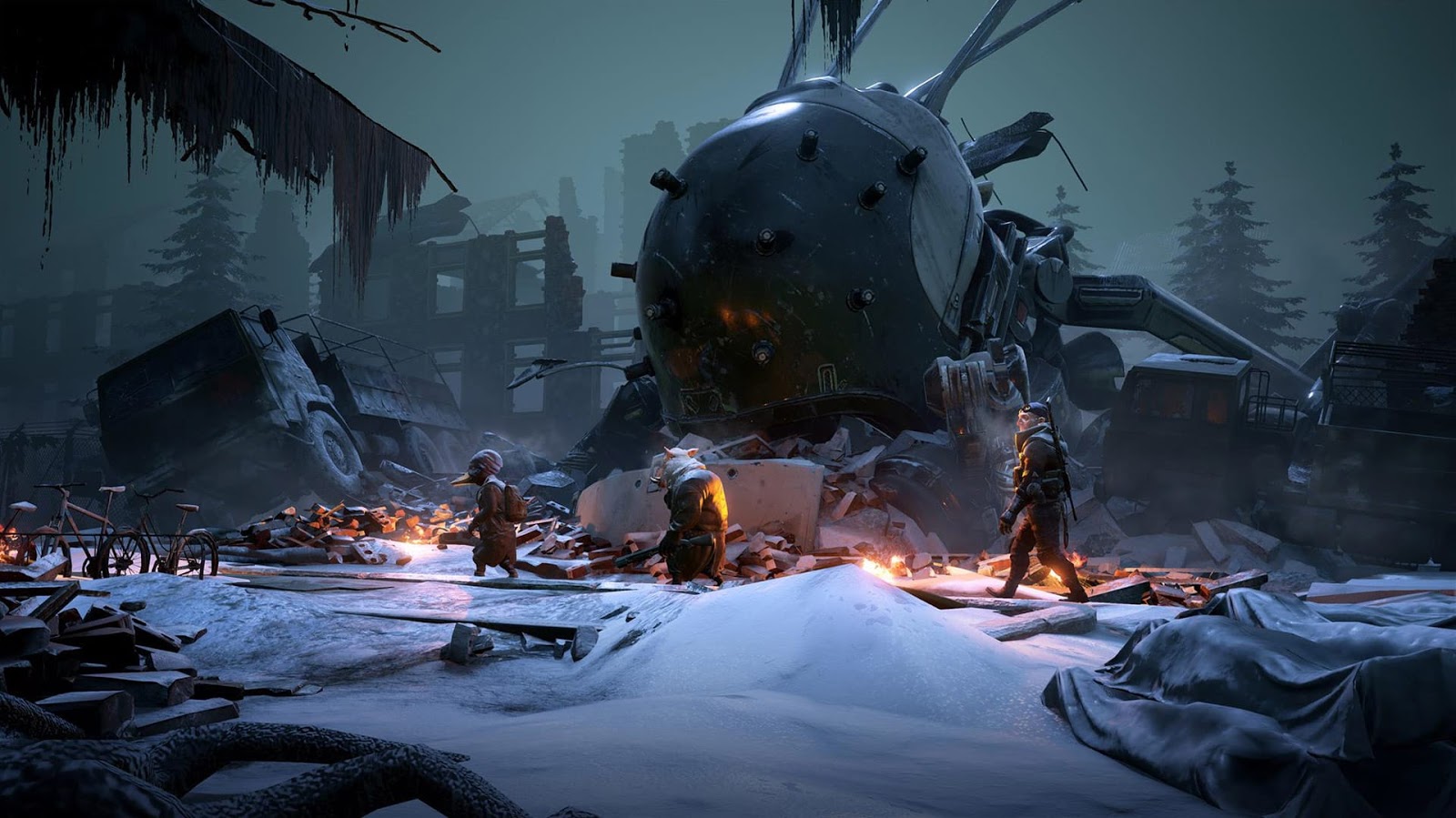 By way of post-apocalyptic settings, Mutant Year Zero: Road to Eden simply wipes the floor with other franchises. The waxy look of the new Fallout games, the dusty Mad Max setting, the broken dystopia of The Last of Us, and the cold, hard crush of the Metro titles are all interesting in their own rights, but none of them feel truly alive. The fall of civilization is not supposed to be alive you say? I counter that post-apocalyptic titles are about life, and how it finds away <I so very wanted to put in the mythical Jeff Goldblum GIF here> to thrive in a decimated world. Horizon: Zero Dawn and Mutant Year Zero: Road to Eden are the two that come to mind that really embody this ideal; I am confident there are others, but these two stand far above the rest.

As you take your little squad of mutants and head out from the Arc, you will find yourself in a lush world inhabited by the detritus of the civilizations of yesteryear that beckon you to explore every nook and cranny and if you do you will be rewarded. Gathering parts, picking up loot, and farming every enemy on a map will become an obsession and it pays off in dividends as you earn mutation points to level up your squad and work to improve your weapon loadouts. MYZ: Road to Eden is about exploration with a healthy dosage of excellently balanced tactical combat. 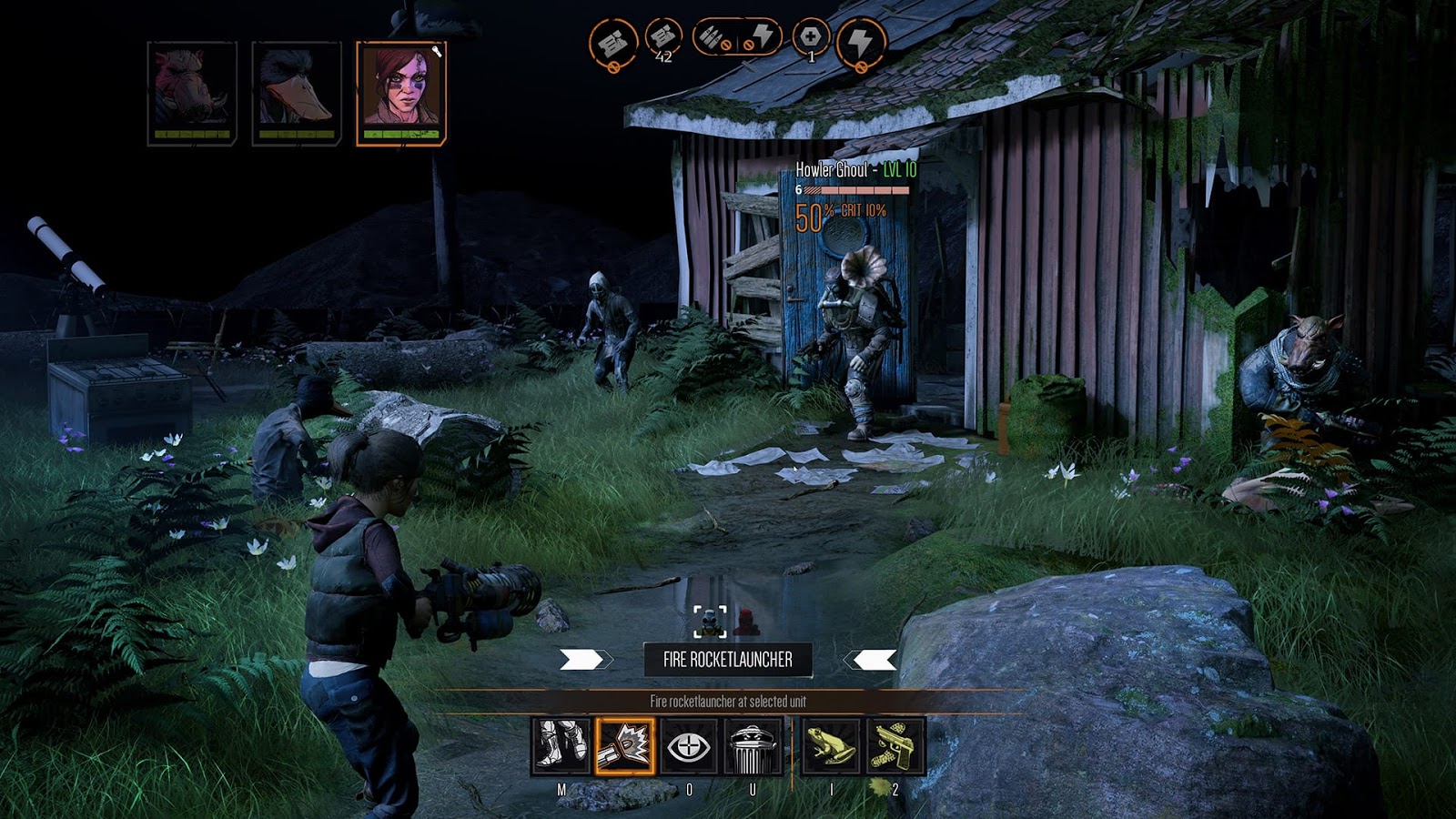 There are very, very few things to be concerned with when looking at Mutant Year Zero: Road to Eden, chief amongst them being the difficulty. Outside of it simply being a hard yet challenging game, the only real gripe I can come up with Is less a gripe and more just sadness in the fact that the Xbox One version, which looks great, cannot hold a candle to the PC release. That is common in nearly every game that is ported cross-platform, but still, the Xbox One version (and presumably the PC version) is so good that the only real concern I have is that it does not look as good as the PC version? Laughable as an issue; in fact, it is not even an issue. I am literally reaching to provide some criticism and the one thing I can come up with is so incredibly shallow I probably should not have mentioned it.

Mutant Year Zero: Road to Eden is a must-buy this holiday season. Such a seamless and wonderful amalgamation of genres is rare and The Bearded Ladies have blended them so well that in Road to Eden you have a completely unique experience that feels natural, almost welcoming. Until it steps on your face but I say that is a part of the charm…