You are reading
Rise of Industry – PC Preview

I was initially really excited when I got Rise of Industry (ROI) because it looked like a game that was right up my ally! I followed the tutorial most of the way through then proceed to plop down my headquarters in a medium sized town. I then began placing crop and livestock farms complete with water access and selling my grass fed organic produce at the local farmers market like a good little hipster. Yay capitalism… except I was hemorrhaging money! Ok, what else does the town want? Wood? Ok I can do that. A deforesting we go! So I set up a bunch of lumberyards and began exporting wood… and still I was hemorrhaging money!? Fine! Being from Canada I know how this goes!

Exporting natural resources doesn’t make you a lot of money, you need manufactured products to roll in the dough. I’m going to become the tycoon of beef stew! (don’t judge I was hungry). So I set up a decent supply chain, trucks were whizzing down the highway like it was the month before Christmas until finally I began exporting my delicious meaty stew. I finally began to break even, sort of. Then I looked at the rest of the tech tree, realized I’d have to do the same for every single product on the there and thought why? ROI takes players back to the old tycoon age where you supply resources to growing towns using ever increasing complex supply chains. As you spread across the map you’re forced to juggle warehouses and trucking depots and even trains to move your products wherever it needs to go. Once you outgrow your home town you’ll need to buy the right to expand into new municipalities. But be careful, if you don’t supply these cities with produce they will build their own factories and farms and you’ll be forced to deal with the one thing business people the world over bemoan: competition. Don’t worry, if your rivals get to be too annoying you can buy them out and resume your Coke like mega conglomeration status.

Honestly that’s about all there is to ROI. It’s minimalist in its design so you can focus on building your supply chains. And this is my main issue with ROI: it is very very minimalist. I have sunk hundreds of hours into repetitive games like Rimworld, Factorio, Banished and every tycoon and simulator game you can think of but for some reason ROI fails to keep my attention. I don’t feel satisfied enough with the progress to keep rejigging the supply lines, buying new territory doesn’t give me that little thrill that moving forward does in other games. I’m hoping this will change as the game adds more content which the developer does constantly! (One of the main reasons it took me so long to write this review, everytime I went back to confirm something there was a new patch!) 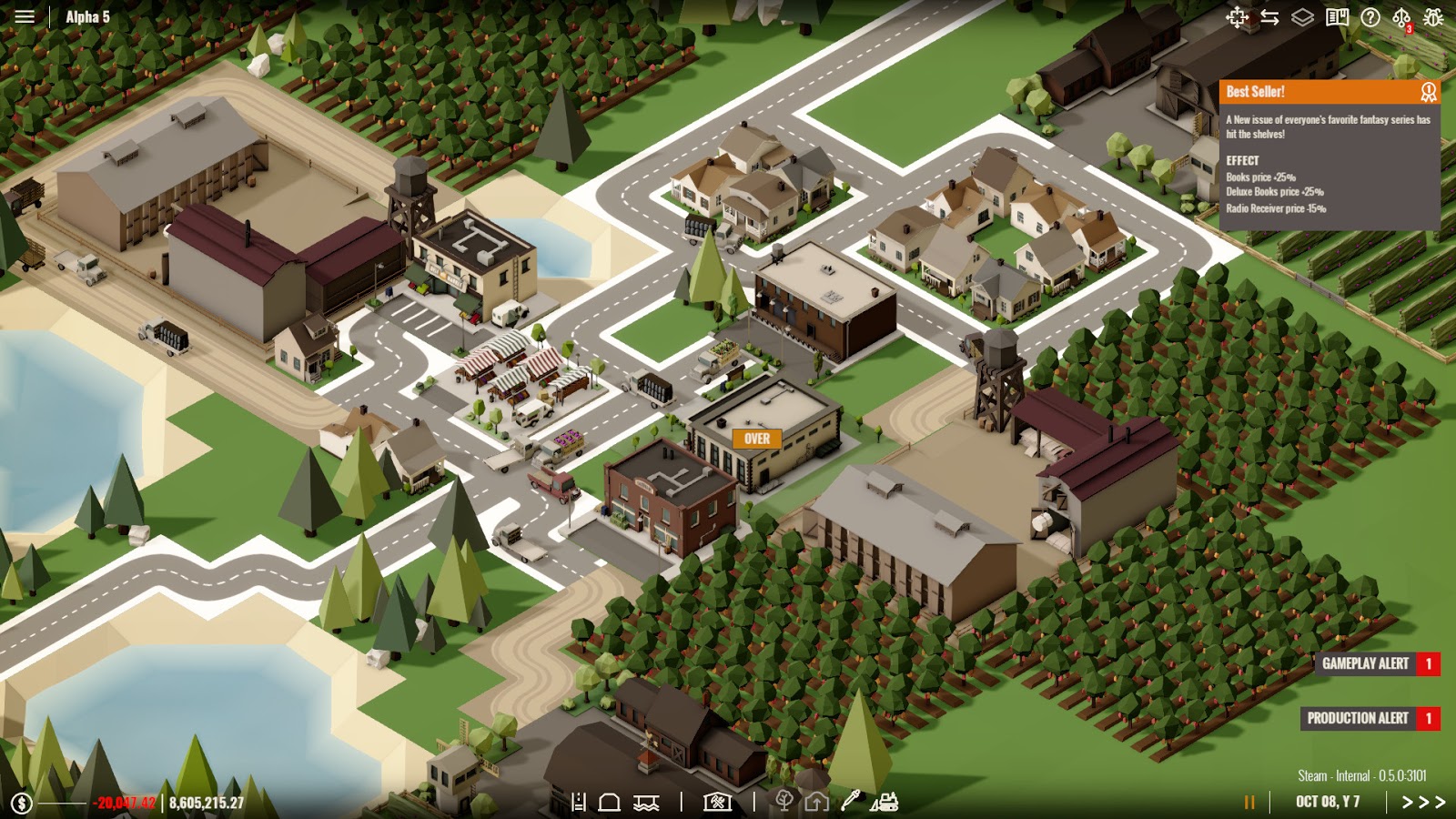 Normally I would look at a game like ROI with its bland, mobile like graphics and think it’s just another early access game that will not amount to much more than it already is. Not this time, not with this developer. Through all the comments on Steam and the discussion/community pages Dapper Penguin Studios is one of the most engaged developers I have ever seen with an early access game. Ever. Not only do they engage with fans in meaningful discussion but they actually listen and, through YouTube videos explain why they made the changes they made. It’s obvious there’s passion here and I think this little game will grow to be something complex and special.

I’ll keep coming back to ROI and testing out the new content as the game progresses. I have a sinking feeling that, at some point the hook will be set and I’ll disappear down the rabbit hole of supply chains and beef stew in the near future.