You are reading
Legrand Legacy: Tale of the Fatebounds – Switch Review

There can be little doubt that Legrand Legacy: Tale of the Fatebounds is purposely trying to tickle that nostalgia so many people such as myself have for older JRPGs from the early days of the PlayStation. These types of games can be comfortable, even a little bit safe, but oftentimes come up short because they fail to provide a meaningful experience beyond recalling the roleplaying days of old. The good news is, Legrand Legacy manages to avoid those pitfalls for the most part and provides a rewarding experience for those willing to invest some time into it.

Stop me if you’ve heard this before (actually, you can’t – it’s my article and I’ll write it how I want): We have a fantasy setting, with turn-based combat, overworld maps and features a protagonist named Finn who… doesn’t remember his past. You would be forgiven for thinking that Legrand Legacy is going to go to the JRPG cliche well too many times for its own good, and it does not help that as familiar as the content is, the control scheme takes a little bit more time to get used to. Things begin pretty generically initially. Finn starts off as a gladiator who is in over his head, even though he does not really understand or recall anything about his past. As his plight during a fight becomes more pronounced, he taps into some unknown energy to survive the encounter, kicking off the amnesiac-who-saves-the-world narrative that is probably just a bit too tried and too true.

Thankfully, Finn’s adventure and the companions he meets along the way flesh out rather nicely, with some of them showing darker sides and convincing motivations along the way that provide the story with the necessary propulsion to keep things moving along. Not only are the personalities different, but their strengths and weaknesses have that familiar puzzle-like quality where you have to balance them out to cover and complement one another in combat. Legrand Legacy benefits from when it takes a step back and looks at the world and its warring populace that comprises it. There is a lot of text to read through in some places. I would not go so far as to say visual novel levels of text, but there are times where there is a lot of it to digest, with terms that are not immediately familiar, and these moments can stretch on just a bit too long and hurt the pacing of the game as a result.

The overall visual aesthetic is pretty gorgeous. Everything has a hand-painted look to it, with character portraits and environments looking the best while some monsters become redundant and less interesting over time by comparison. There is just sort of a strange contrast with the enemy models that stands out a bit awkwardly at times against the beautiful 2D background environments. It helps that during your journeys, Finn and company will travel to a wide variety of locations and the design team deserves a lot of credit for fleshing those environments out and making them so interesting to look at. Despite the mundane enemy models, the overall visual aesthetic is pretty fantastic, and it is well complimented with a moving soundtrack (seriously, JRPGs have some of the best music of any genre). There were a few moments that were perfectly punctuated by the song that was playing in the background. 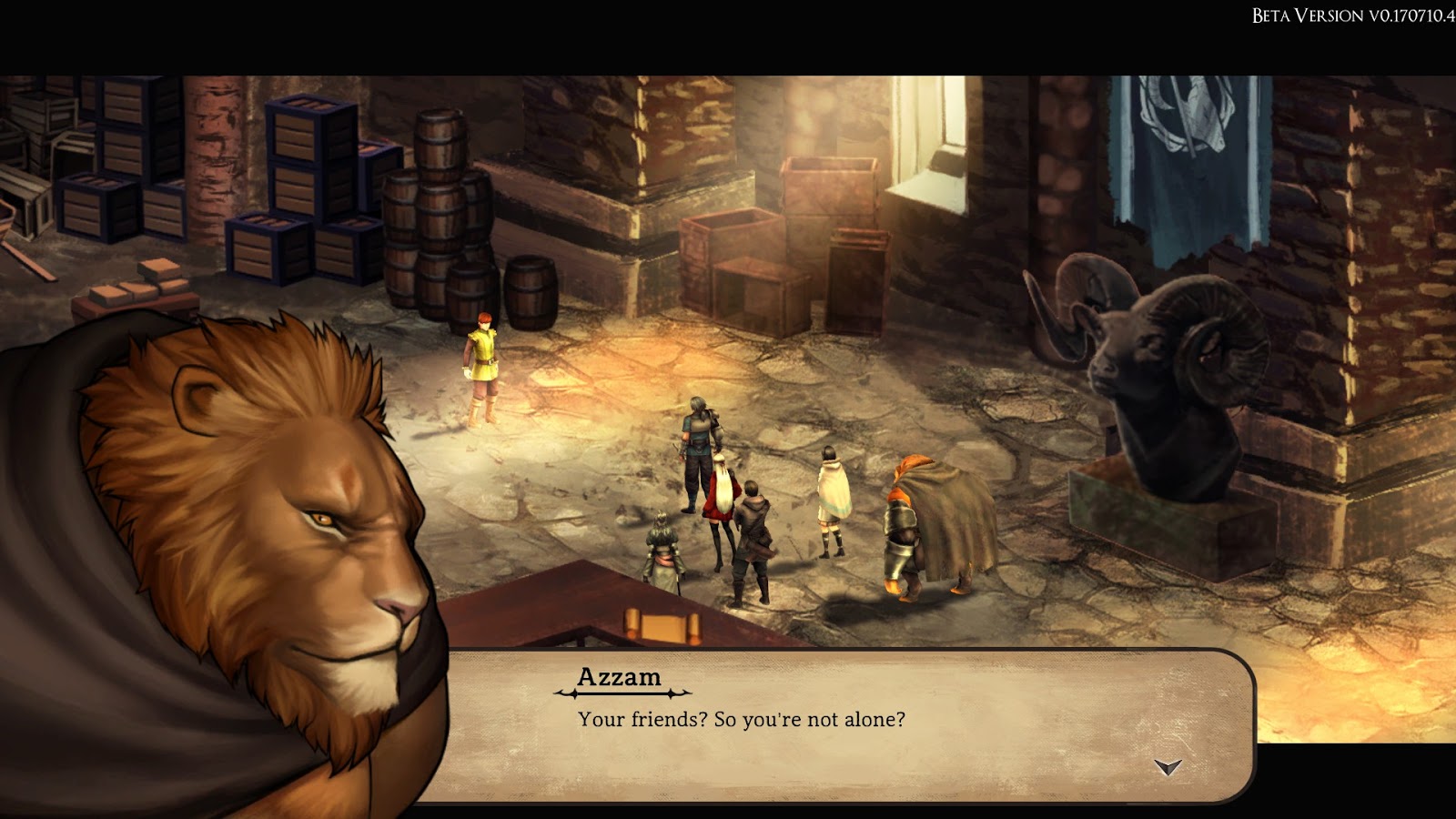 Combat is probably where Legrand Legacy: Tale of the Fatebounds fares best, with thoughtful, turn-based combat that makes you think about the needs of your team. For example, you can only equip each person with four items, so if you are fighting in an area where a particular type of ailment might be inflicted? Make sure you keep one equipped on all of your party members at all times, or you are inviting potential disaster. While the turns are doled out in a thoughtful manner, there is an aspect where reflexes come into play as well. When you execute an attack, a circular indicator pops up, and you have to time your button press with it. Miss badly enough, and you whiff on your turn, nail it and get a critical. There is a nice twist in here where you can have that focal point remain to a fixed location (making it easier once you develop the appropriate muscle memory for it) or having the focal point show up on the circle in a random location (making it harder but granting an experience bonus for success as well).

There is also the sort of Final Fantasy-esque system of having enemies weak or strong to particular types of weapons or magic, but so long as you dutifully upgrade your gear as you go and improve your stats through experience gains, you should be able to continue progressing through the game without having to rely on grinding to beef up your characters.

Legrand Legacy: Tale of the Fatebounds is a perfectly good, functional flashback to an earlier time in JRPGs. Aesthetically it is really pleasing, the combat is a nice mix of turn-based while requiring you to stay engaged with it instead of just mashing through menu items and while early on the narrative looked like it was going to travel some well-worn, overly familiar tropes, the characters and world are more interesting than they might initially appear.