You are reading
Tales of Favorites – Part 1

So, my favorite tales characters, eh? There have been a lot of characters that I’ve liked over the years, some with a clear dividing line between personalities and playstyles (Zaveid needs a nap!). Sometimes I barely liked ANY of the characters (Xillia, I’m looking at you. Teepo can stay). Really, it’s pretty had to choose a favorite character from the party members I’ve had over the years, so I’m going to do a little something different: favorite NPCs in tales games. Most of the others are going to be focusing on the main playable characters, so I figure this will give some light to those minor characters that may not receive the attention they deserve. 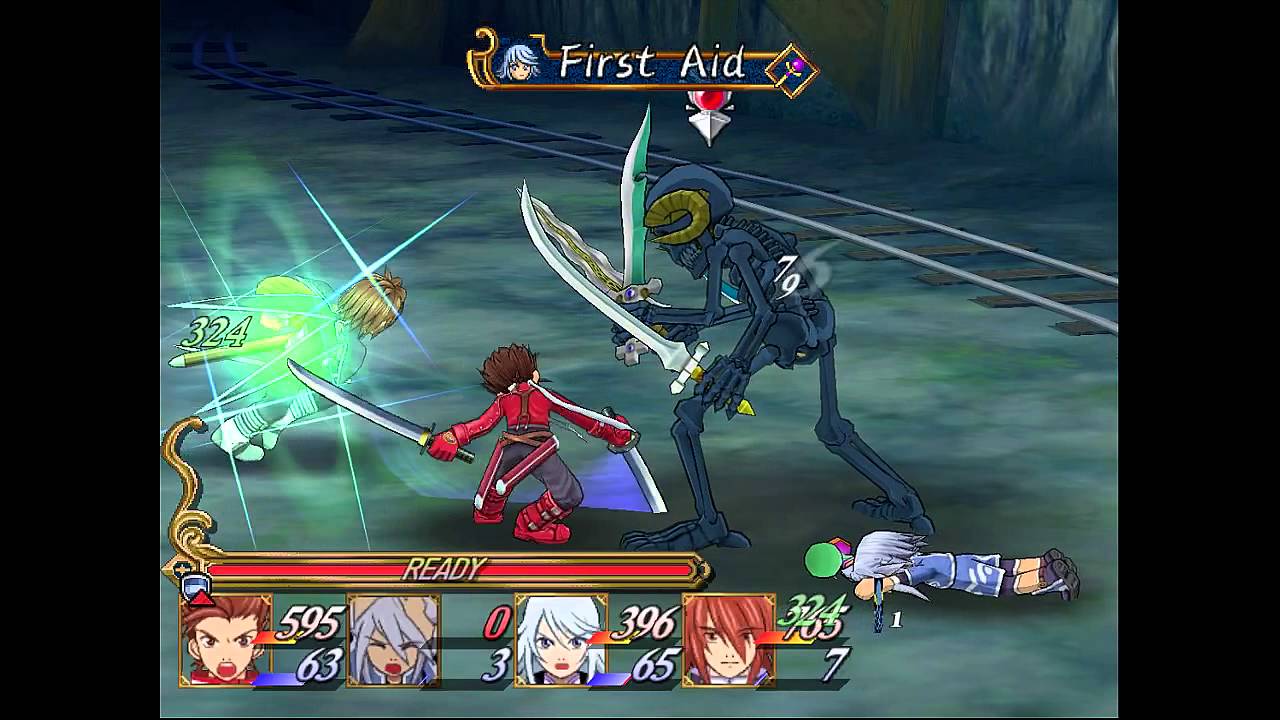 Yes, my first pick is an optional boss, and no, I’m not helping you beat him. The sword dancer has appeared in quite a few tales games, and each time he appears, I love challenging him. He’s tough, pretty badass looking, and he gives some really nice things if you beat him. The sword dancer in Tales of Symphonia was probably one of the first optional bosses I’ve ever really fought in a game before, and that just grew my love for bonus/post-game content. If a game doesn’t have a post-game, bonus optional content, or a new game plus feature, I’m now a little annoyed, all because of Tales of Symphonia and this many armed marauder right here.

Jade Curtiss (Tales of the Abyss) 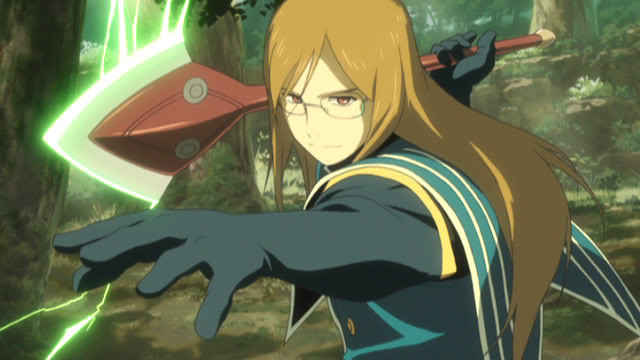 One of the biggest TEASES in Tales history is this man right here. Jade is both sarcastic and witty towards everyone around him, and will always find a way to make fun of you. He was a prodigal genius at a young age, which didn’t boast well with the people around him in his youth. He was cold and almost cruel towards everyone, until he met the right people who shaped him into the man he is today. To me, Jade comes off as someone playful, but hides it behind a sense of pride and duty. But piss him off and he will bend you over and well… Use your imagination. He is one of the most powerful casters (fonist) in tales games. And if you dare try to fight him one on one, even with a fon-slot seal on him, he’d still beat you mercilessly with his spear.

Men like him could easily bring me to my knees with his hidden bad boy attitude and piercing eyes, masked behind sharp looking spectacles, with a smile that screams mischief and deviance. DO NOT TRUST THE SMILE OR THE VELVETY SOMBER VOICE THAT COMES FROM THIS MAN. He will drag you down an alleyway and do God-Knows-What with you. We’ve seen how that worked with Dist the Runny *Ahem* I mean Rose. But overall Jade will put his life on the line to save the people he cares about even if he calls you a fool… With love. And lastly, nothing shouts NERD better than the Pac-Man belt he sports throughout the game. 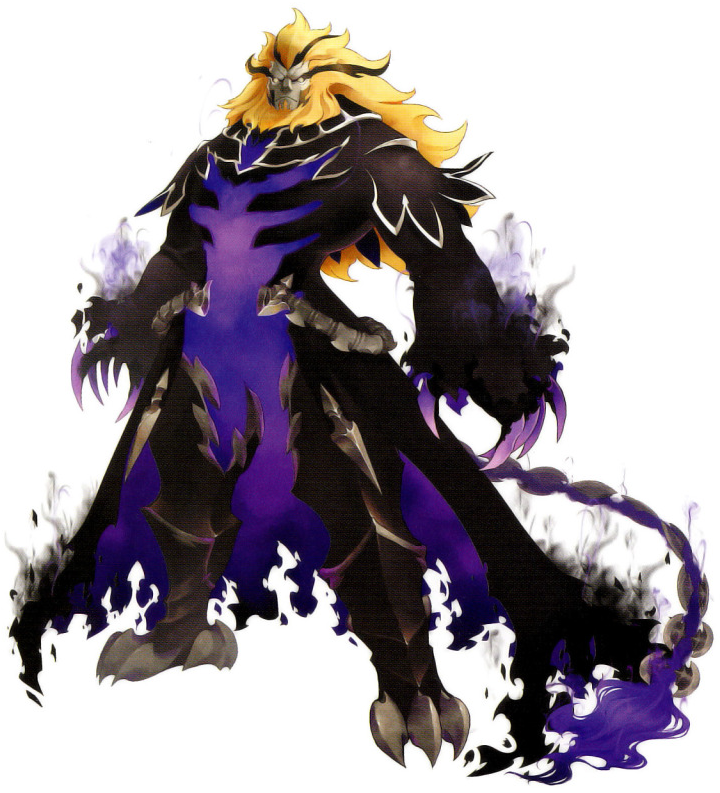 For a game that was incredibly mediocre at best, I really liked the villain from Tales of Zesteria. Apart from Edna and occasionally Zaveid, the game was generally full of lackluster, annoying, or just all-around uninspiring characters. And what the hell was up with the “quasi-four player” battle system?!? That was so dumb. But the Lord of Calamity struck quite the imposing presence, when you finally meet him, anyway. Heldalf, or “Kittybeard” as Edna calls him, isn’t just the major villain, but he also PLAYS the villain. This is a man who was battered and beaten, suffered and anguished, and then decided “screw it, if the world needs a villain so badly, than I’ll show you exactly what I can do”, and I really loved that aspect of him. Most Tales Villains fall into two categories: doing the wrong thing for the right reasons, or “kick the dog” level self-important villainy. Heldalf was neither, and it was rather refreshing to be honest. 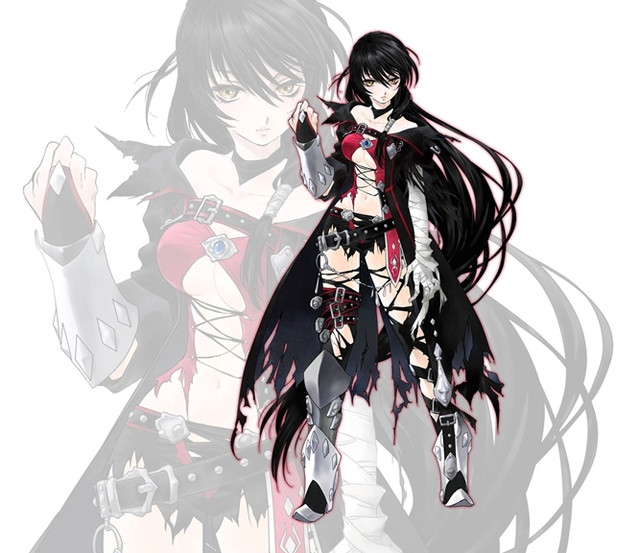 I know what you’re thinking… Another bad ass? (I guess I’m just into bad ass characters) Yuppers, Velvet is one of my favourite female leads in the Tales franchise. After the terrible failure that was Milla Maxwell in Xillia I was scared to see what the company was going to give us as the next female protagonist. Lo and behold, I was blessed with this sexy minx. She is what I wish most female protags strive to be, beautiful and strong. Right off the bat I was blown away by her design and dark back story. The more I played as her the more I could see myself in her, minus the demon arm… Doubt I could get through security with that thing hidden under a poncho. Velvet isn’t just about strength, though. She also has a tender underbelly that she tries to hide from everyone. I don’t blame her, she’s gone through enough pain and betrayal, but when I see it slip from time to time, especially when she’s with Laphicet, I tend to get the warm and fuzzies.

Her fighting style is fast and rugged, which makes it fun to tear the enemies apart. And her arm blade only makes her stand out as an individual. Don’t irritate this black crow or she might *Coo, coo-ya* to the darkest folds of the earth.

Tales of Symphonia Dawn of the New World cast 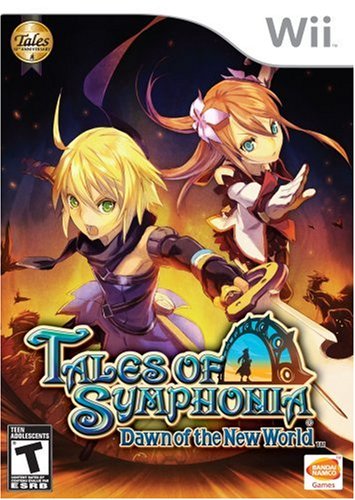 Yes, not least liked. For this category I choose: the entire non-returning cast in Tales of Symphonia: Dawn of the New World. The game was bad and the developers should feel bad. EVERY. SINGLE. CHARACTER. SUCKED. Except the fact you could “pokemon” up your party with monsters. Woot more sword dancer. But seriously, every character was awful, the game was disappointing, and the main character has all the allure of a wet sponge soaked in sewer sludge. AND THE FREAKING UNNECESSARY FLASHBACKS EVERY TWENTY SECONDS. FOR GODS SAKE EMIL, HOW MUCH OF A MORON DO YOU HAVE TO BE, AND HOW EASILY INFLUENCED THAT AFTER A SINGLE SHITTY LINE THAT SOUNDS LIKE A REJECT FORTUNE COOKIE SLOGAN YOU SUDDENLY HAVE A MORE OUTSPOKEN AND UPFRONT PERSONALITY?!? SO DUMB. AND YES THIS IS CAPS LOCK BECAUSE I’M YELLING. 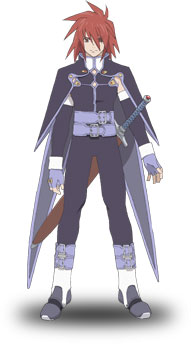 I couldn’t just choose one since I equally dislike both of these characters.

Starting off with Flynn, his sense of justice is smothering. Always doing everything to the book and walks around like he has a stick up his ass. Nipping at Yuri’s feet about “the law” from start to finish of the journey is a constant nag. I get it, I killed people, but only because your precious “Laws” allowed multiple crocks to walk free with minor punishments, so E-X-C-U-S-E me if I decided to do the dirty work for YOU since you were too much of a puss to sully your hands. Plus… He’s a knock off of Guy Cecil from TotA. Guy was a much better short hair blonde swordsman then Flynn. Could fight circles around him in his Sigmund style. 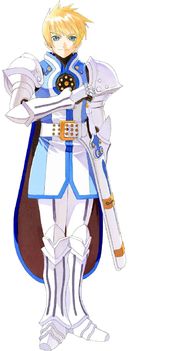 As for why I hate Kratos, well actually there’s a long story to it, but to put it short… I had a good friend who actually introduced me to the Tales Series with Tales of Symphonia. I was excited to play through this JRPG I’ve never even heard off and right of the bat she started hounding me about how Kratos was the best character and that I wasn’t allowed to play or crush on him. (Don’t laugh I was younger and anime guys were… Still, are hot) Throughout are play through she kept going on and on about him being “wonderful”, but the more I played the more I noticed how awful he was to our party members. He’s got this everything-I-say-goes attitude and treats everyone with a grain of salt. By the time I got to fully know his reasons behind his actions I was too far gone in the hate pool that he couldn’t redeem himself with the little bit of good deeds he did in the end. Thanks, but no, thanks. Crotch-Toast Oreo is what I’ve come to address him as.

This series of articles are being brought to you by multiple team members. Enjoy!