You are reading
Tale of Enki: Pilgrimage – PC Review

It must have been almost a decade ago now when I thought to myself that all I wanted was a good solidly built indie RPG. Not really getting what I wanted through Steam at that time, I started to look elsewhere and came across Whisper of a Rose which changed my entire concept of thinking as to what I wanted in an Indie RPG. Fast forward to today and we’ve had plenty of excellent entries such as titles from Critical / Dancing Dragon / Stegosoft / Radical Fish Games and Connor O.R.T. Linning just to start. These alone have made it much harder to do something unique with the volume now more much accessible. Moving to Jordan Allen and Howard Ross IV’s recently released Tale of Enki: Pilgrimage, there may be another gem out there even if it may still need a little bit of polish.

Kicked out of his parent’s house for being super lazy, Gargan the Ogre sets out on an adventure to prove to his father that he isn’t as useless as everyone thinks. Now the surprising thing is that this lazy bum is actually quite resourceful and it doesn’t take him long to get a travelling companion and start picking up quests and crossing them off his list. Is he nice about it though? Oh hell no. Theft, extortion and pure violence as you take out the pests eating a garden and leave their corpses behind for someone else to clean up. It’s all there but comedically so as Tale of Enki isn’t a dark tale, but a sarcastic and fun one that pokes some fun at the genre.

Graphically Tale of Enki fits quite well into that nostalgic 16-bit era retro feel from the SNES. Character models are unique allowing for an easy distinction of what you’re looking at on the screen which is really helpful as humans are finally not the “in” thing! This alone was nice because I mean, your protagonist is an Ogre, from a village of Ogres. You don’t start off as the sole being of another race inside of a human settlement and it was great. As for the environments, they are split into smaller pieces that work well with the sprites. It felt a bit odd at first as I’ve gotten very used to environments that will scroll the screen along but Tale of Enki instead is designed with a what you see on your screen is what you get allowing you to instantly know where you are going. 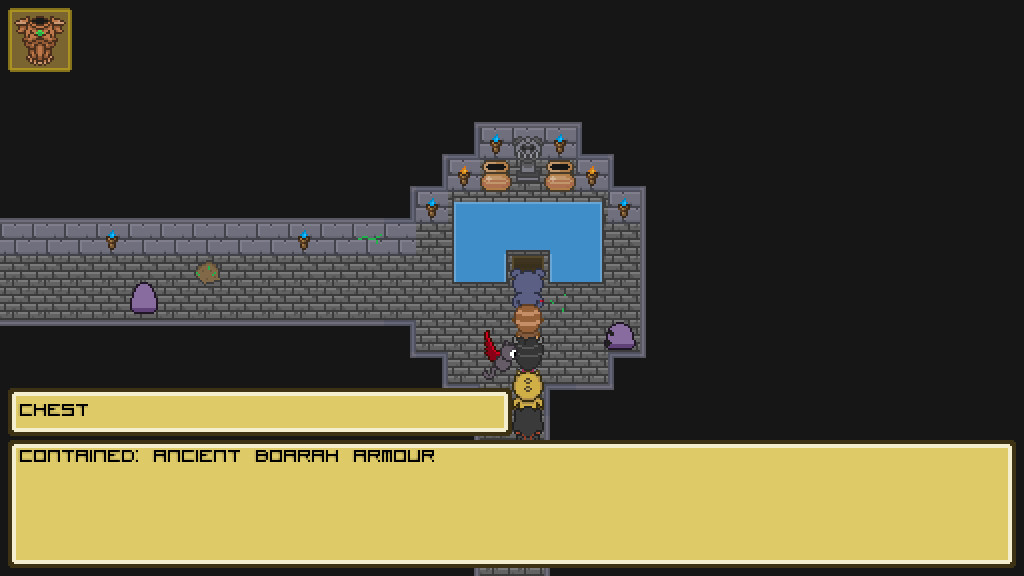 Battle isn’t quite what I would have expected and this was a good thing. While you characters get their chances to attack and the enemy gets their chances to attack you in the form of an initiative race, you don’t just select “attack” and be done with it. Instead, each character has stamina that dictates how many attack can be performed. Using all your stamina in the first round isn’t exactly a bad idea if you have a notion that you could win the battle but don’t expect to get it all back on the next turn as stamina comes back in segments and not in full. Once the enemy has been dispatched, and you are the the one remaining standing victorious, that’s it, move on, there’s no experience train here people.

This begs the question, why have battles if you’re not going to get anything out of it? That would be the wrong question to ask. You get plenty out of battle like some good old hard earned cash to buy stuff, but not experience. Honestly? This made for a more interesting time while on Gargan’s adventure because you never felt the need to grind. If you needed or wanted to buy something? Go attack a few monsters. Sometimes you really can’t help needing to plow through them as they are in the way, but generally you can squeak by them if you need to. So, how does one level up? Through the use of items that you find or are given. Health for example comes in these fancy red potions that also restore your entire health pool. So you can use them right away or you can wait until you really need to heal and then use them then. 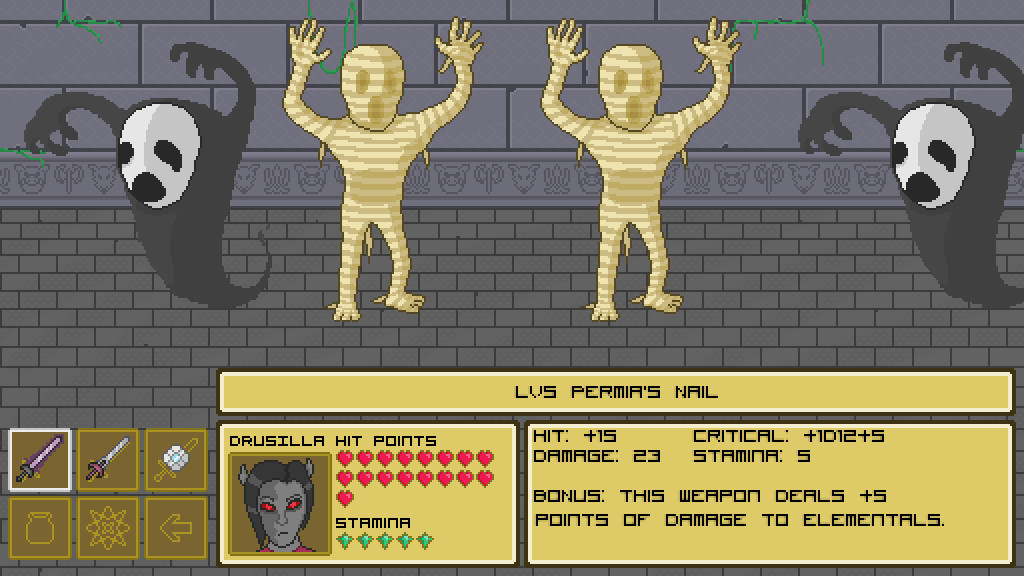 Now while Tale of Enki was a lot of fun to go through, I had a lot of issues when it came to the visuals of the menus and I have no issues when it comes to color accessibility. The menus are a shade of beige while your menu cursors for the boxes are white. I seriously couldn’t tell what I was clicking on at first until I got into the habit of knowing where to click and for what. It may not seem like a big thing, but people like Robert wouldn’t be able to play this as they just wouldn’t be able to tell where their cursors ever were which is sad because this Ogre’s journey is a good one.