You are reading
Liar Princess and the Blind Prince – PS4 Review

Liar Princess and the Blind Prince is actually a game that I’ve been following for a while, ever since it was first announced in Japan. With a beautiful storybook art designed crafted by the wonderful team at NIS, you get a really beautiful puzzle platformer style fairytale, with a great soundtrack to boot.

Liar Princess and the Blind Prince is exactly what its title states, a story about a lying princess (wolf) and a blind prince. The first ten to fifteen minutes of the game will set this up nicely for you, as you essentially read a fairytale about a fantasy kingdom, with a large dark forest in it. This forest is home to all manner of monsters, derived from various animals and inanimate objects come to life. While the monsters may look cute, or at least some of them, they are all deadly, and the humans from the kingdom are warned to stay away from the forest, ruled over by a powerful witch. One little prince however, decides to explore the forest, and hears a beautiful singing voice. Unknown to the prince, the voice belongs to a huge wolf.

The wolf finds the prince listening to her song, and decides that she enjoys the audience, and decides to hide herself and not to devour the prince. Unfortunately, the prince can’t stop his curiosity and climbs the cliff that the wolf sings on. The wolf, startled by the appearance of the prince, accidentally lashes out with her claws, and blinds the prince. Feeling sorry for the prince, the wolf goes to the witch of the forest, and has the witch give her the ability to turn into a human, in exchange for her singing voice. And so it begins, that the princess (wolf) must escort the prince back to the witch, through the dangerous forest, in order to recover his eyesight. 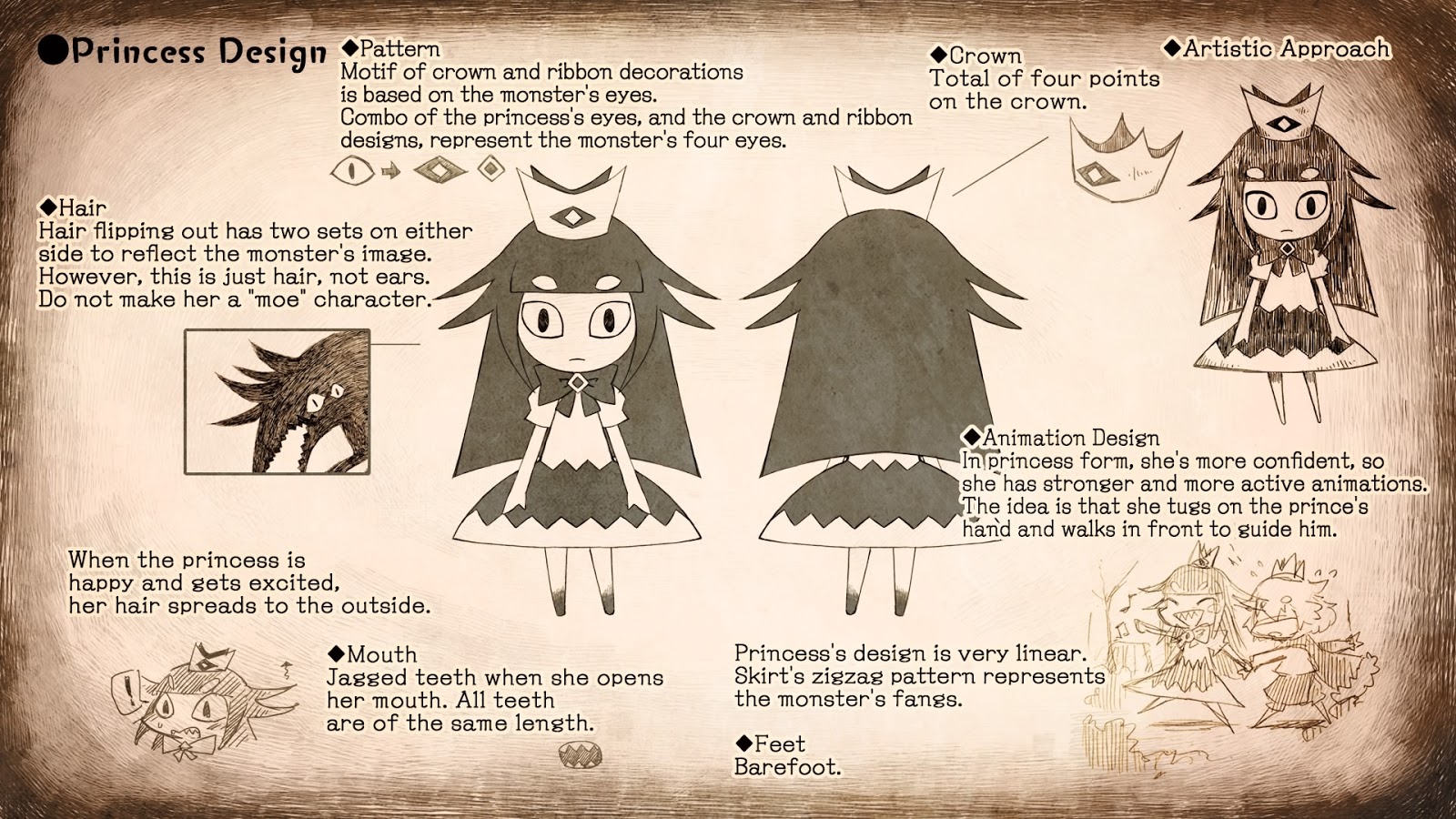 That is the story that you’re given at the beginning of the game, and it’s pretty much the only real focus of the game, not that it’s a bad thing. As you progress through the stages, you’ll come across points where you’ll be presented with some of the interactions between the wolf and the prince. These are done in the same storybook fashion, and seem to be well placed throughout in order to break up the puzzle platforming just when it starts to get a little tedious, and last just long enough that you want to get back to it. At its core, Liar Princess is essentially a story with gameplay elements, and it’s super sweet. The characters are really cute, and even the monsters, for the most part, look pretty cuddly, at least until they open their mouths to more teeth than anyone should be comfortable with.

But it is up to the wolf to protect the prince from being eaten, which she can do quite readily by switching between her princess form and wolf form. As the wolf, she can beat up the local wildlife, jump pretty high, and is just generally invincible. As the princess, she can activate switches, and hold the prince’s hand in order to guide him through the harsh terrain of the forest. As the story progresses, the Prince gets more actions he can perform, such as telling him to walk short distances, or picking up objects, like a torch that can be used to light other torches to either activate puzzles or to bring light to a dark environment.

The game is separated into batches of four stages, each stage having a theme, in both background art and puzzle content. Amongst these stages are also collectible leaves and flowers, the leaves unlocking concept art, and the flowers you can give to the Prince, and will give you the history of the witch. While most of these are fairly easy to collect, they are optional, so if you can’t reach a leaf, or a flower, you don’t need them to finish the game. Additionally, there is a “skip stage” feature, where if you take a long time in a stage and can’t figure out the puzzles, you can simply move on to the next one, albeit after a set amount of time has passed. In addition to the puzzles, you also need to slap the local wildlife away from the prince. 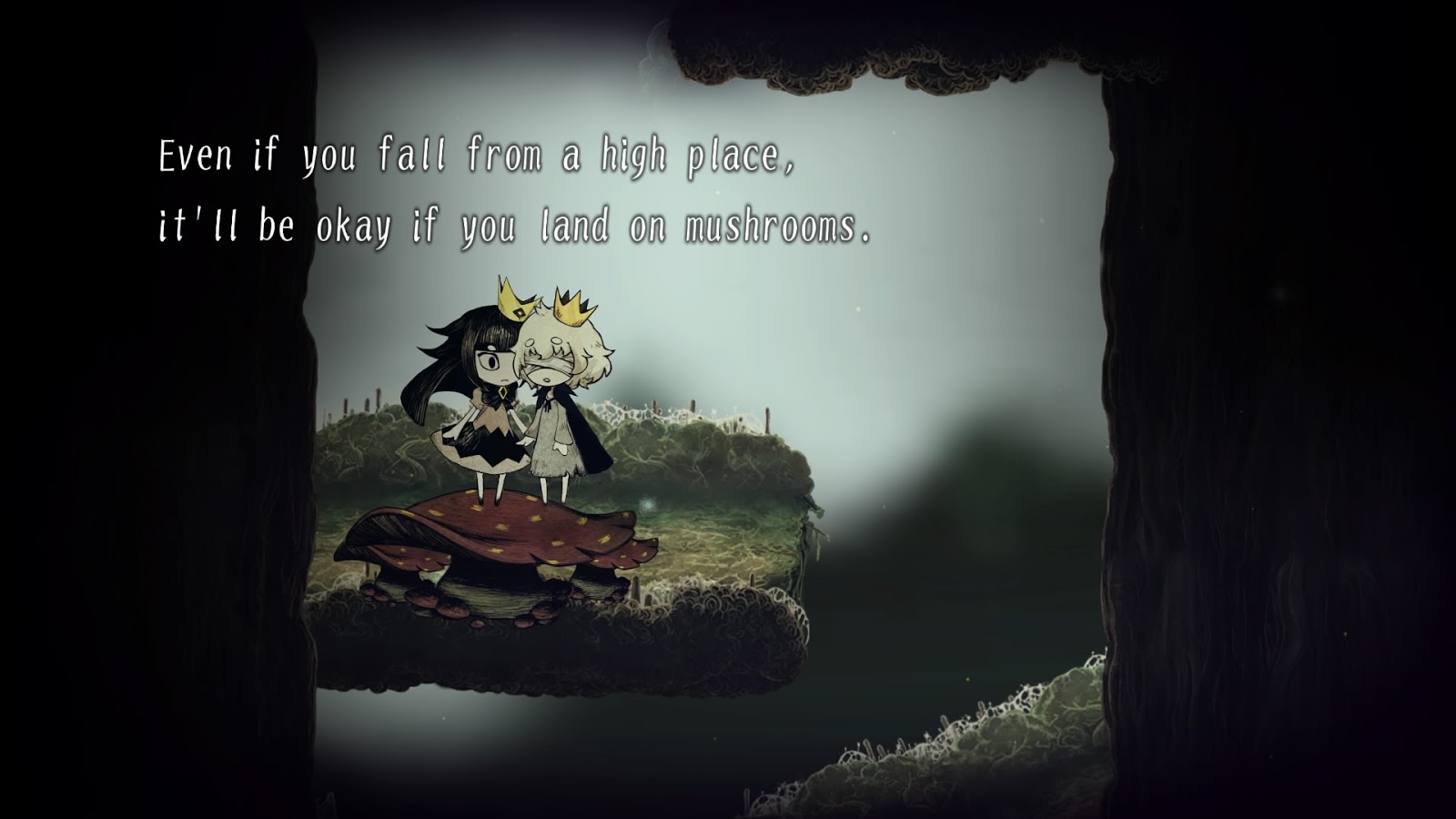 Be careful though, as the princess form of the wolf dies just as easily as the Prince, either by getting smacked by an enemy, or falling off a ledge that’s just a little too high. While the puzzles aren’t super challenging, at least I didn’t find them to be, your experience may vary depending on how problem solving oriented you are. Even for older audiences, this might be a game to have them try, as there are plenty of checkpoints, and it’s pretty easy to get into.

There were a few times where I got frustrated, not due to solving the puzzles, but more often because some sort of gimmick didn’t quite function how it was supposed to, or I turned into the wolf and shot upwards a short distance, or went to swipe at an enemy in wolf form, but the hit-box was further away than the enemy so I couldn’t hit it properly.

Ultimately, these were fairly few and far between, and the experience as a whole was really pleasant. The art style was really pretty, the characters were interesting and really cute, and the soundtrack was super fitting, and really well associated with the different themes as you progress through the game. Liar Princess is rather short, which is unfortunate because the last couple of stages is where all the puzzle gimmicks start coming together, and was really fun, so I would’ve liked to see more of that. 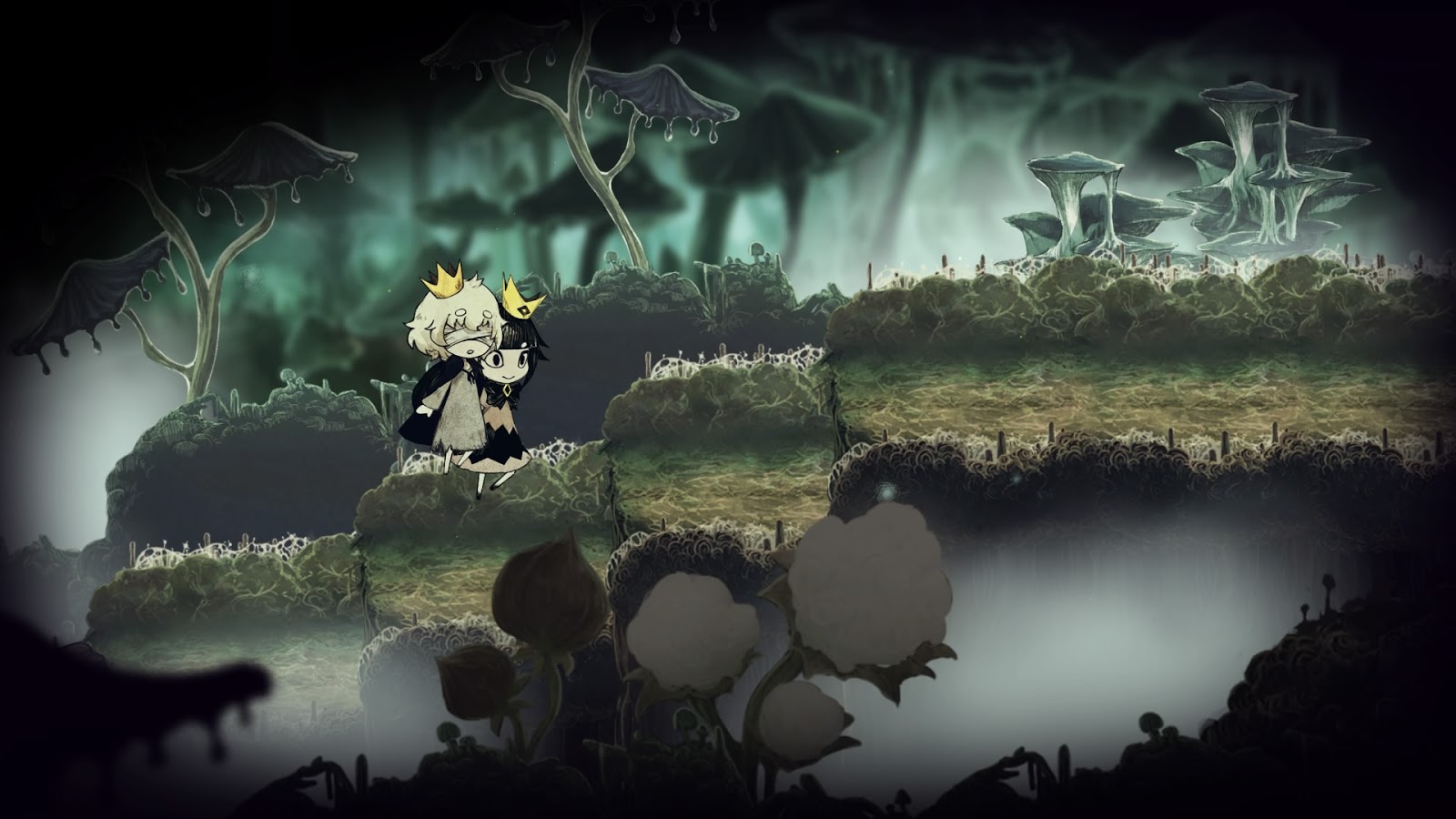 On the plus side, the spacing of the storytelling to gameplay hit a real sweet spot, where neither feels like it’s dragging on or getting tedious enough for you to get fed up. As much as I truly like Liar Princess, as a game, it’s about average. It hits the standard puzzle platformer details as it should, but doesn’t truly soar to what COULD be done with it. On the other hand, the art style, story, and music make up for that setback splendidly. Although it may not reach its full potential as a game, as a story, Liar Princess and the Blind Prince certainly meets its goal. Eight super sweet cotton-candies out of ten.