Marvel’s Spider-Man really hones in on a variety of aspects that have made this such a popular character for Marvel. Plenty of action, an interesting story and top-notch production values make this one of the best games to come out in 2018, even if I was a bit late to the party.

Nobody from the team had a chance to cover Spider-Man right at the end of the year, but if I had experienced that opportunity, I would have put it in my Game of the Year contenders (possibly knocking out Yakuza, given their open-world, action-oriented similarities).

Insomniac Games has really put together a gem of a title here, and it is clear that they are fans of the source material, but deserve credit for not being beholden to it. They craft an original tale, with plenty of callbacks to a variety of Spider-Man stories, but retain the flexibility to do what they want with the narrative, which starts with you taking down the Kingpin. For about seven seconds, Peter Parker gets to bask in that accomplishment before he realizes that in Wilson Fisk’s absence, a power vacuum opens up and what fills the void is considerably worse than what was there in the first place. 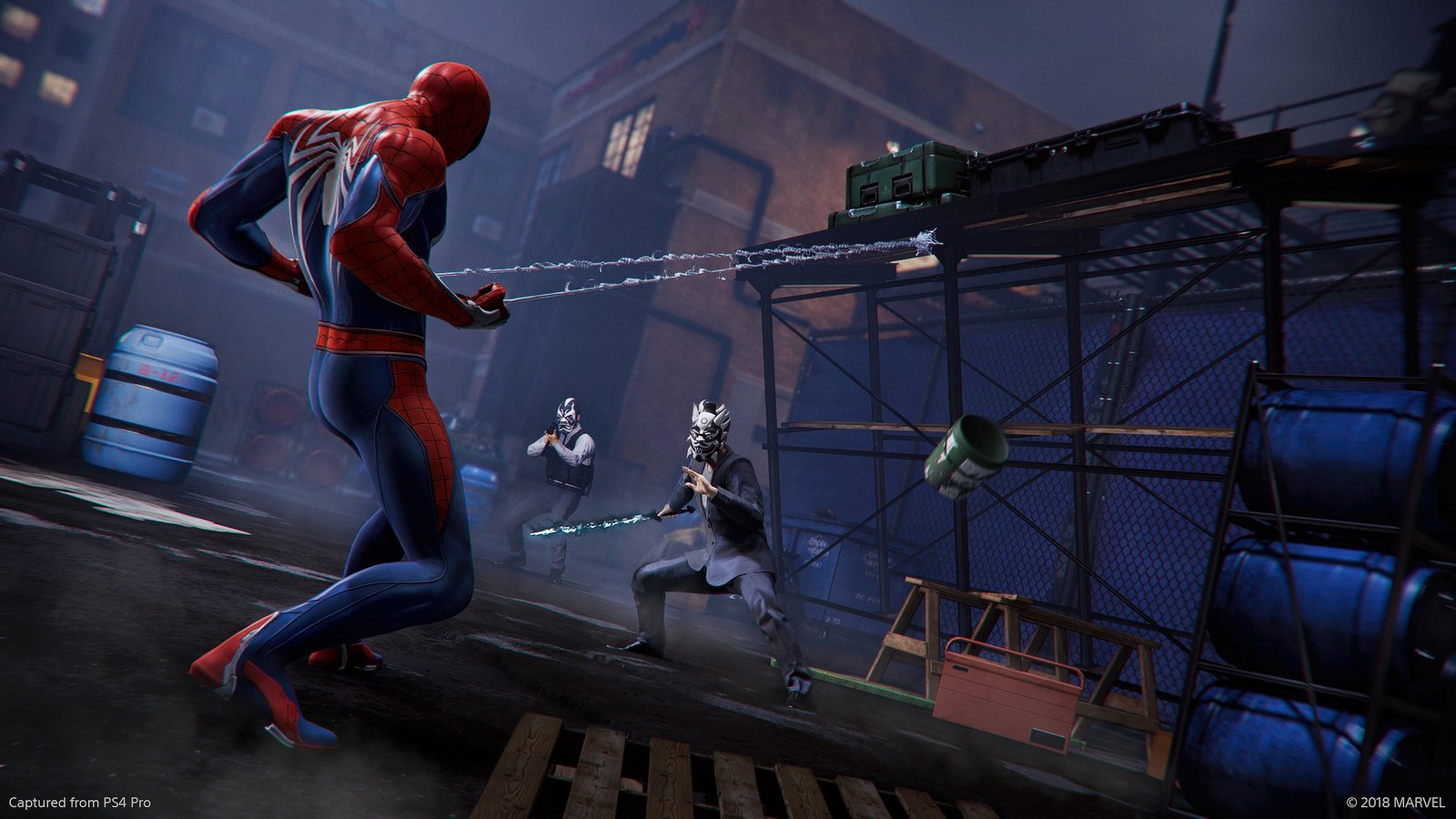 Right off of the bat, Marvel’s Spider-Man makes a pretty good impression. Combat is simple enough to pick up and play, with a lot of similarities to the popular Batman Arkham or Mordor games. Fighting comes down to landing a variety of combos using a mix of ranged and melee attacks while timing avoidance maneuvers to counter enemy attacks. Most of the enemies come in a few flavors – melee, melee with weapon or ranged. However, some nuance between different groupings starts to form, with some groups having more interesting close-range weapons such as whips or thugs using assault rifles or trained mercenaries wearing heavy armor and using jet packs to get the drop on our hero.

Combat remains largely satisfying as new wrinkles are introduced throughout the game, not just in the enemies, but the techniques at Spidey’s disposal. You progress in multiple ways, through skill points that can add bonus moves, to creating and enhancing gadgets to equipping new suits, which all have a different charged super move. These moves can range from radial blasts to Spidey jumping up in the air and firing webs in all directions to summoning a flying drone or just increasing your speed and power for a short time. Admittedly, things can get a little repetitive by the game’s third and final act, as enemies are scattered around or using a variety of perches both above and behind to force you into moving around to engage them, but it seldom makes the battles more interesting or even all that much more challenging – just longer to complete.

Boss fights are not terribly common, but they are a nice change of pace. All of them handle as a combination of normal combat, quick time events and making good use of the environment. For example, one early match sees you swinging around a large room, grabbing debris with your web shooters in mid-air and flinging them at the opponent to stun him so you can jump in and land a few combos. Later in the game the stakes get elevated by having a couple of battles that see you taking on two enemies at once, forcing you to context switch your techniques throughout. 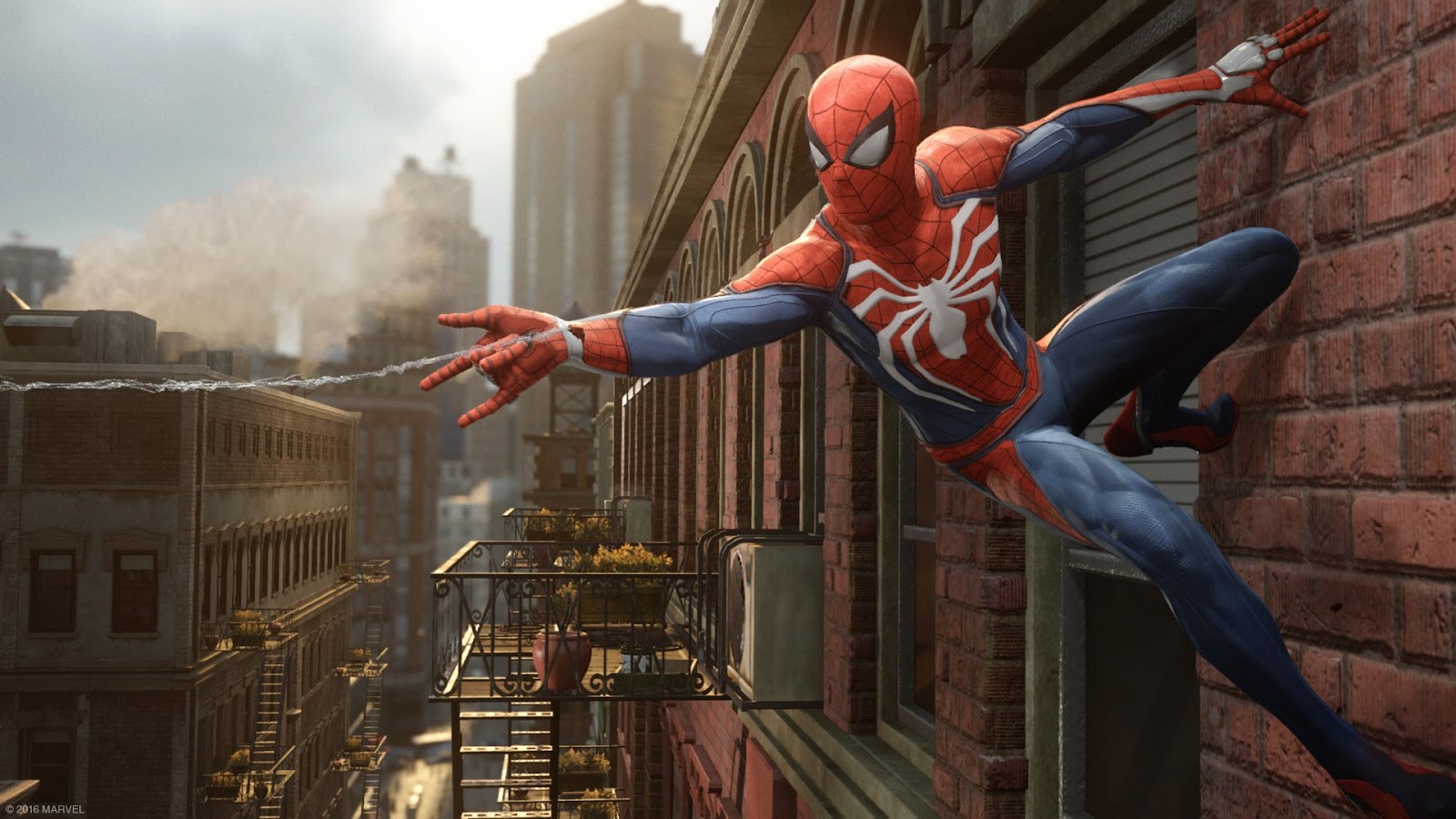 Speaking of the villains, Spider-Man has always had a great rogues’ gallery to draw from, and that is shown here. Some of the villains get a bit more time to marinate and develop in the narrative, while others are already established bad guys, but by and large it all works pretty well despite having a ton of characters thrown into the mix. It is clear that the writers have an eye towards a future game as well, as most questions were answered and the major loose ends tied up, but some additional narrative threads are still teased as well.

In terms of the presentation, Marvel’s Spider-Man is fantastic. Visually New York is active, bustling, and the game keeps a crisp framerate throughout. Traveling is a lot of fun, largely because of our protagonist’s ability to web swing through the city streets and vault off of rooftops and sprint along the sides of buildings. There is a really fluid sense of movement that makes being Spider-Man a lot of fun. The biggest drawback to this movement system is that it was built for speed, but it does not really have precision movement. Often an animation will take you around a corner and flying in a general direction, or pressing the X button will propel you forward but not give you a good sense of where you will land. There are a few things that you can do to help add precision to your airborne movements, like using your web shooters to attach to a wall, but that can be a little tricky. Ninety percent of the time, it’s good enough and I didn’t mind, but there are some challenges later in the game that really push you for precise swing levels and landing locations that the core engine really is not tuned for. With practice they are beatable, but it can be frustrating as well.

The story itself is helped by some really good voice acting, most notably in radio bits of J Jonah Jameson that play while you swing around the town. He is like an ESPN sportscaster giving his ‘hot takes’ – almost all of which paint Spider-Man in a predictably unfavorable like. They are usually bombastic and ridiculous, but entertaining to listen to. Additionally, well-known voice actor Laura Bailey voices Mary Jane Watson and the always reliable Yuri Lowenthal makes for a great quippy, self-depreciating Peter Parker / Spider-Man. A lot of what would be empty space in the game is filled with either phone calls between Peter and his loved ones, or just the kind of random one-off jokes that fans have long associated with the character. There is a great feeling of weigh on Peter’s shoulders, and while Spider-Man may be a very powerful character, the story does a great job of showing that it’s Peter Parker’s heart that carries him through overwhelming odds. 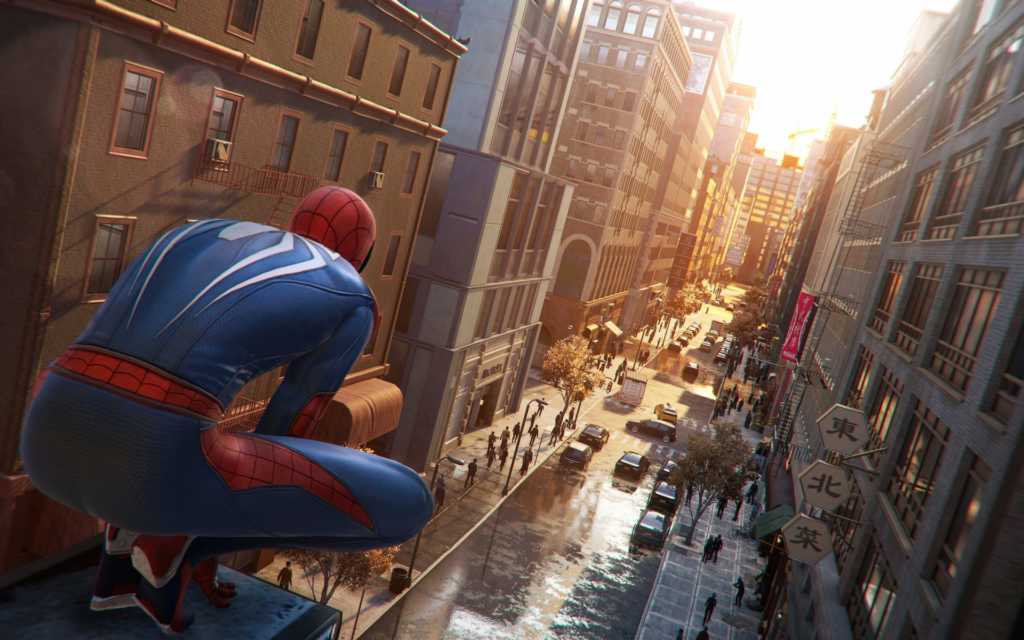 The game’s pacing is helped by variety in other areas besides transportation and combat, as you do not spend all of the game in your costume punching people. So much of what makes superheroes interesting is not just them in the streets fighting crime, but their ‘day jobs’ as well – the people they are when they are not in the mask. Here you do spend a bit of time with Peter Parker in a lab, doing some puzzles to unlock experience and tokens (used for upgrading equipment) while interacting with people such as his Aunt May. Additionally, you take on the roles of non-super powered people a handful of times as well in what generally amounts to stealth missions. Admittedly, these were not my favorite parts, as I had spent dozens of hours just pummeling people as Spidey, but these scenes still work within the context of the story and do give you something different to do along the way.

And there is no shortage of things to do along the way.

This is a fairly large open-world game, and with it comes all of the various types of random crimes to stop, bases to overtake and side missions to complete that one would expect from a game of this nature. I did it all on my way to a platinum trophy, but most of it can be overlooked if you are just interested in a more streamlined experience that focuses on the primary story. 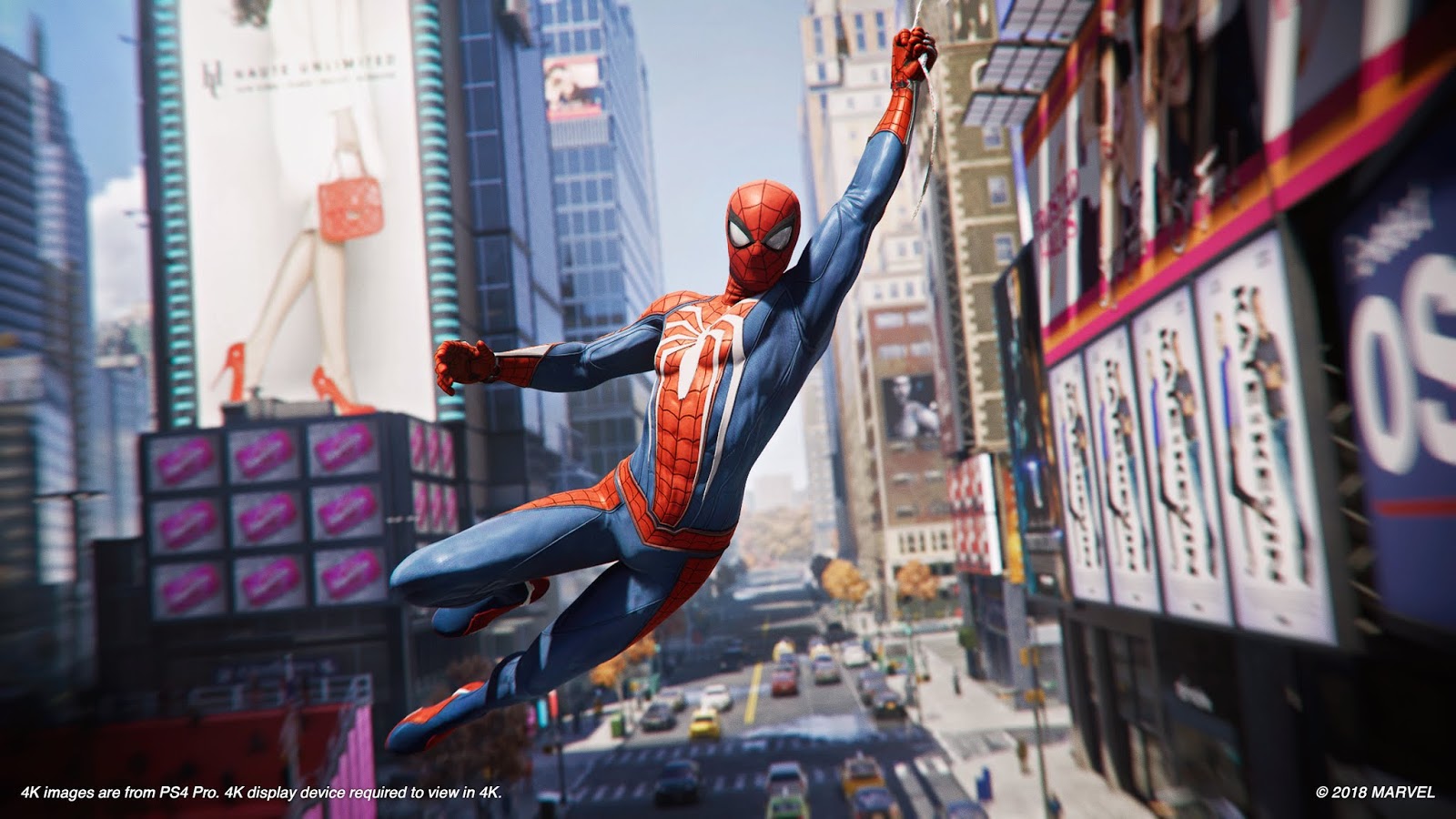 While Marvel's Spider-Man is not a perfect title by any means, it is still a very, very good one. A lot of love went into crafting an original story that still feels true to its roots, with plenty of gameplay variety to help keep things from getting stagnant. That being said, some challenges can be frustrating as the controls were built for speed and not precision, and some of the stages where you are controlling someone other than Peter Parker had a tendency to drag just a little. Overall though, those are fairly minor quibbles when stacked against the overall package, which is a deeply satisfying open-world action game that probably ranks as the best work yet by Insomniac Games and hopefully yields more Marvel titles in the future.