You are reading
Song of Memories – PS4 Review

Song of Memories is what I can only describe as an extremely generic and cliché dating sim that tries to cover/parody the genre, but ultimately fails to truly pull through with it. The game starts by introducing you to generic McFaceless protagonist who’s parents died in a plane crash prior to the games start, who’s kind of a doormat, kinda stupid, and super dense. You soon get introduced to: the not-blood-related tomboy little sister, the athletic childhood friend, the terse and serious upper classman, the cool mysterious older woman, the “hospitalized for long enough to be super concerned” childhood friend, and the lower shy classman with disproportionately large boobs. Oh, and the MCs best friend, but he’s male and super perverted so we don’t really care about him.

The story then proceeds to tell you how you’re taking your soon to be released from the hospital childhood friend to live with you, because apparently that’s perfectly acceptable to just have some other highschool student with no family take care of another recently hospitalized highschool student with no parents. Cue the start of the game, as you hang out with your friends (love interests) and get ready for your school’s culture festival! Well, except for the fact that you get attacked by some weird mutant monster. And then virtual idols pop out of a weird smartphone (that totally doesn’t look like a smartphone). And they sing at the monster and kill it. 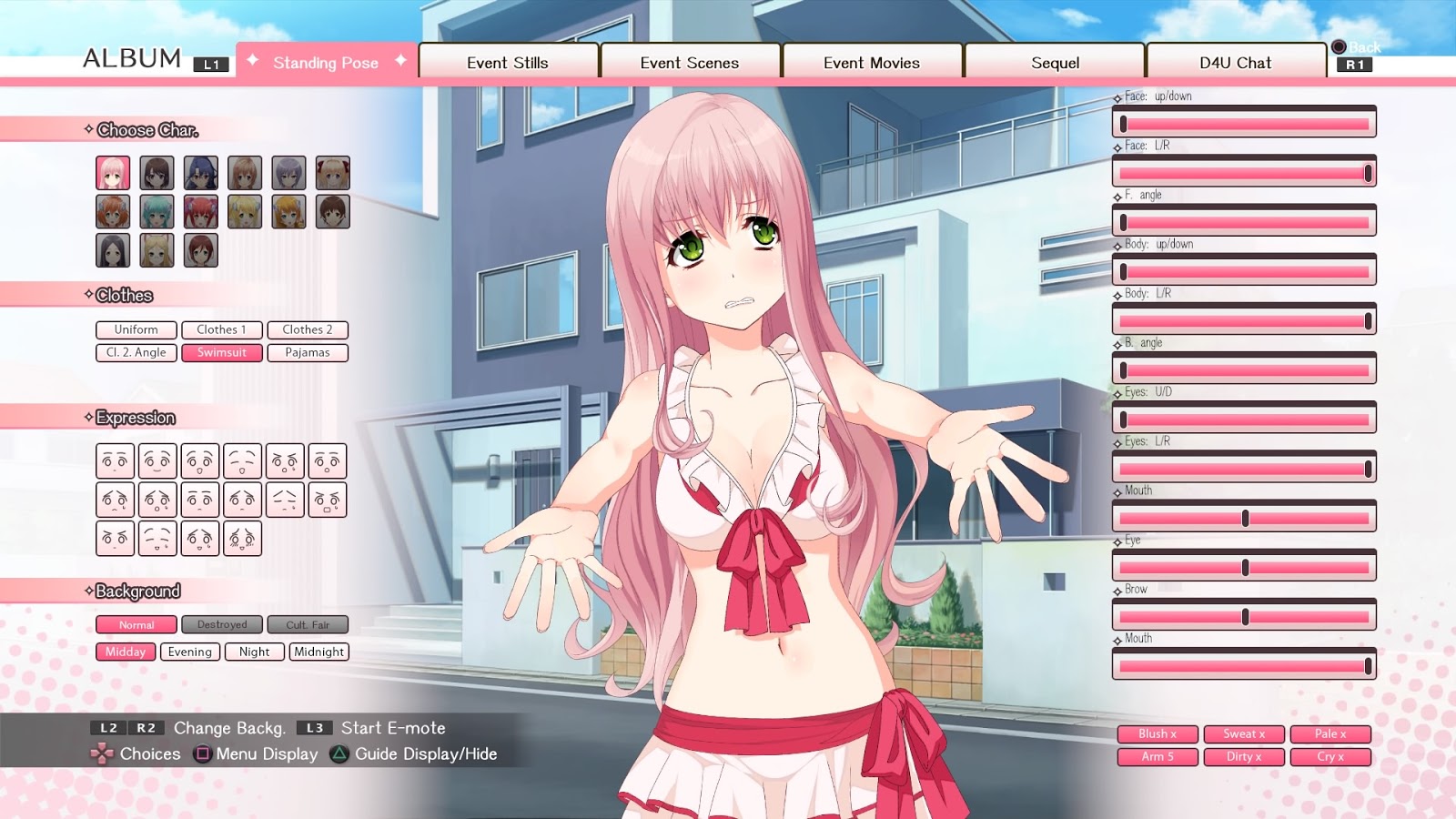 Yeah, I’m not kidding. Before you lock in to a characters “route”, you fight maybe three battles, which are done in a really awful attempt at a rhythm game. The songs don’t sound that bad, but they do sound “stitched” together, the timing doesn’t really math with the tune, and the elemental wheel of “what beats what” is confusing and, as far as I can tell, mostly pointless. On the plus side, you can set the battles to auto-complete the rhythm part, or you can just skip them entirely.

Honestly, maybe try one or two fights and set it to auto, because between the off-tempo button indicators, and the distracting…bounce, of the idol characters, it may be an interesting distraction from the generic rest of the cast, but it will start to grate on you later. Speaking of bounce, pretty much all the characters are rather well endowed. Especially Natsume, who has cleavage bigger than her head. Seriously, it doesn’t make physical sense. Since all the characters have dynamic anime style “character portraits”, you’ll get to see a lot of “physics”, and “plot”.

While the general plot can be figured out about a mile away, even the “twist” if you pay even a remote amount of attention, there were a couple of things I appreciated seeing. Namely, the “Chart” function, that is always available and stores system data on requirements to view scenes, what choices provide character affection, and allow you to move to any scene that’s been viewed and start from there. It also let’s you know when a character “flag” has been set, which is quite useful. 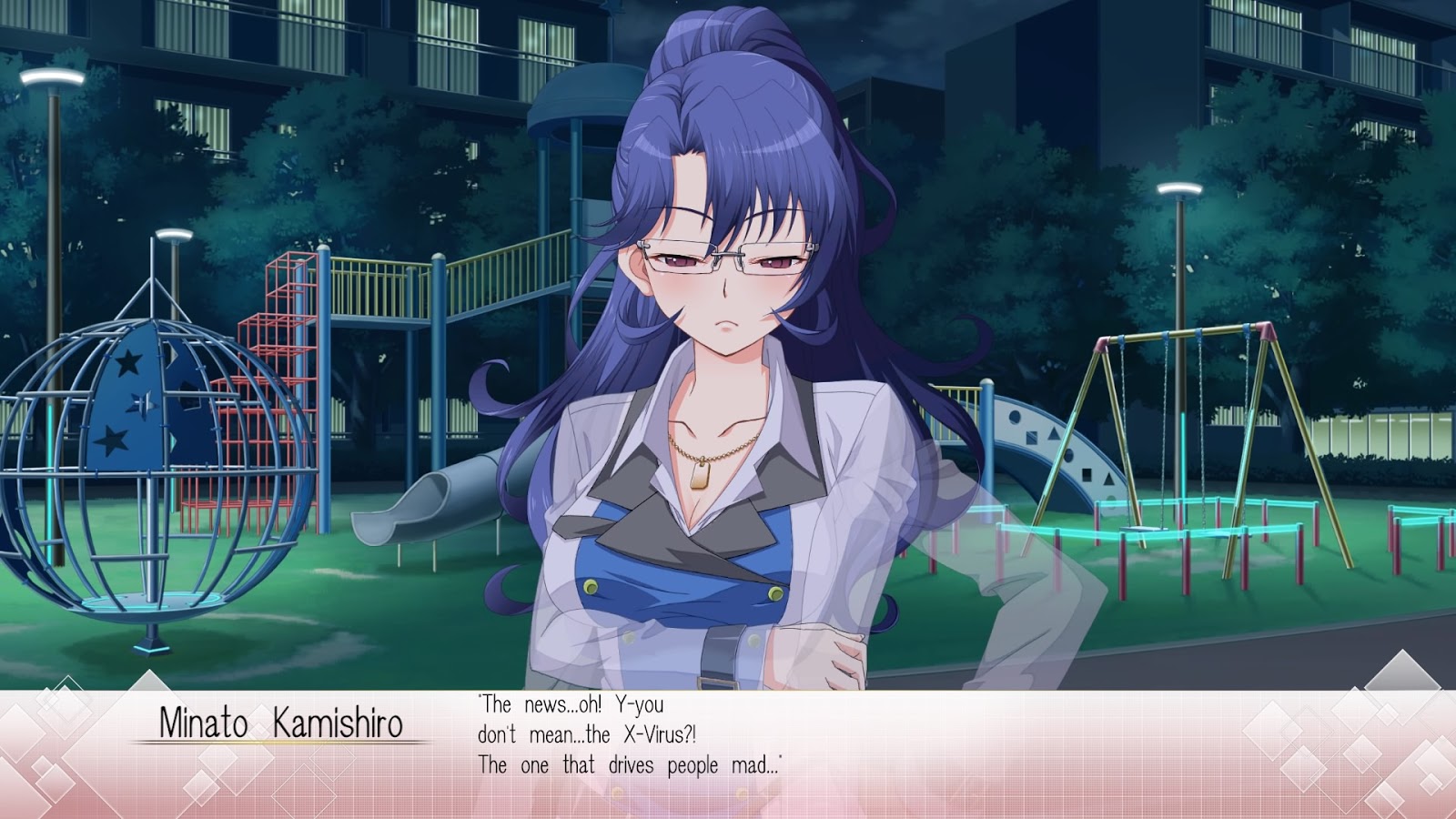 Unfortunately, that’s about all I really liked about the game. It had an interesting premise of trying to do something different, but ultimately fell short. The music is actually pretty good though, which is at least a part of a saving grace. The animations are nice, the fact that characters will change expression mid sentence to reflect what they should be feeling is something I’ve been hoping to see happen for a long time, so it’s nice that they did so. The Chart function is super in-depth and helpful. The storyline after a route has been locked also…has a lot of promise, but is unfortunately bogged down by a combination of blatantly obvious plot points, and a distinct lack of any sort of information, at least based on the routes I’ve unlocked as of writing this.

Seriously, if you wonder what the mysterious virus plaguing the town is, what the monsters actually are, why the virus is even a thing, what the idol group who can sing monsters to death is, or even what happens to some of the other characters in different endings, prepare to be disappointed, because I certainly don’t know the answer to all but ONE of those questions. 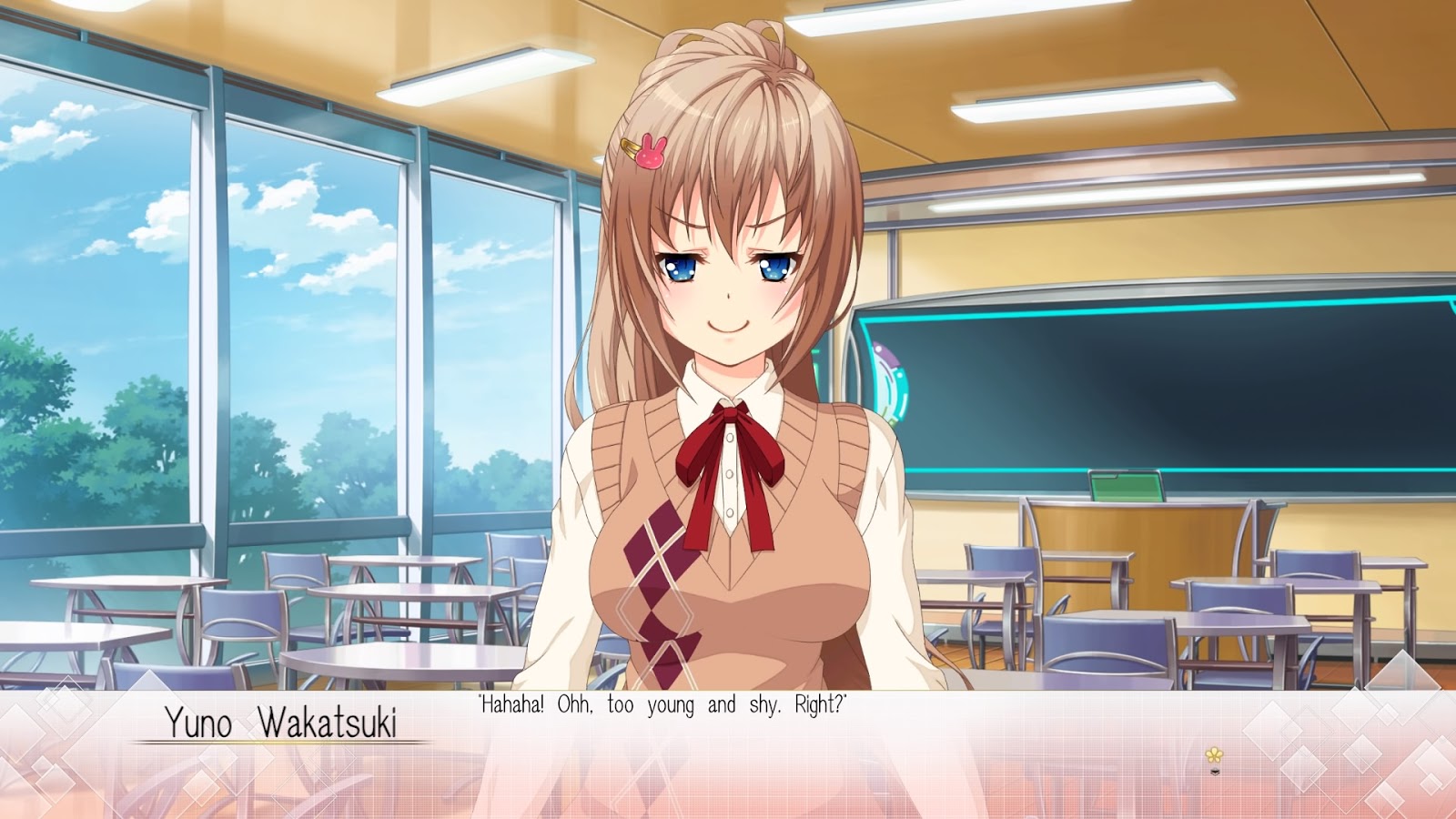 Ultimately, I’m extremely conflicted about song of memories. It held a lot of promise I felt it just failed to deliver. I liked the music, the “2nd half idea”, the animated and dynamic expression character portraits, and the chart was essentially having an “as you unlock” wiki or strategy guide handy. Unfortunately, there is a lot that was just as poorly planned out. Characters are super generic and fairly bland, there were so many questions left unanswered it felt like part of a political press conference, most of the characters do some ridiculously dumb shit, and for the love of all that is good and wholly, who was in charge of the ending scenarios?

I haven't been this disappointed in the first ending I got since…geez, I don't even remember the last time I was as disappointed as I was with the ending I got. Ultimately, Song of Memories had some pretty solid potential, but ultimately squandered a bunch of it with generic characters and poor rhythm gimmick. If a little more though was put into explaining unanswered questions and making the characters a little more unique, this could've been a real gem.