You are reading
Tales of Favorites – Part 2

I’ve been playing the Tales of Series since that fateful day that I saw Tales of Destiny on the shelf at the local video store. Renting it, falling in love with it, it wasn’t long until I grew sad that it was damned near impossible to buy and it would be years before I owned both Tales of Destiny and Tales of Destiny 2 for the PS1 in which “2” is actually Tales of Eternia. They did the whole Final Fantasy naming thing as well.

Moving years down the line, I own just about every instance that I could get my hands on and only as of last week due to a wonderful woman in my life, have Tales of Vesperia’s HD treatment on my Switch. So who did I go ahead and crown as favorites? Check it out below! 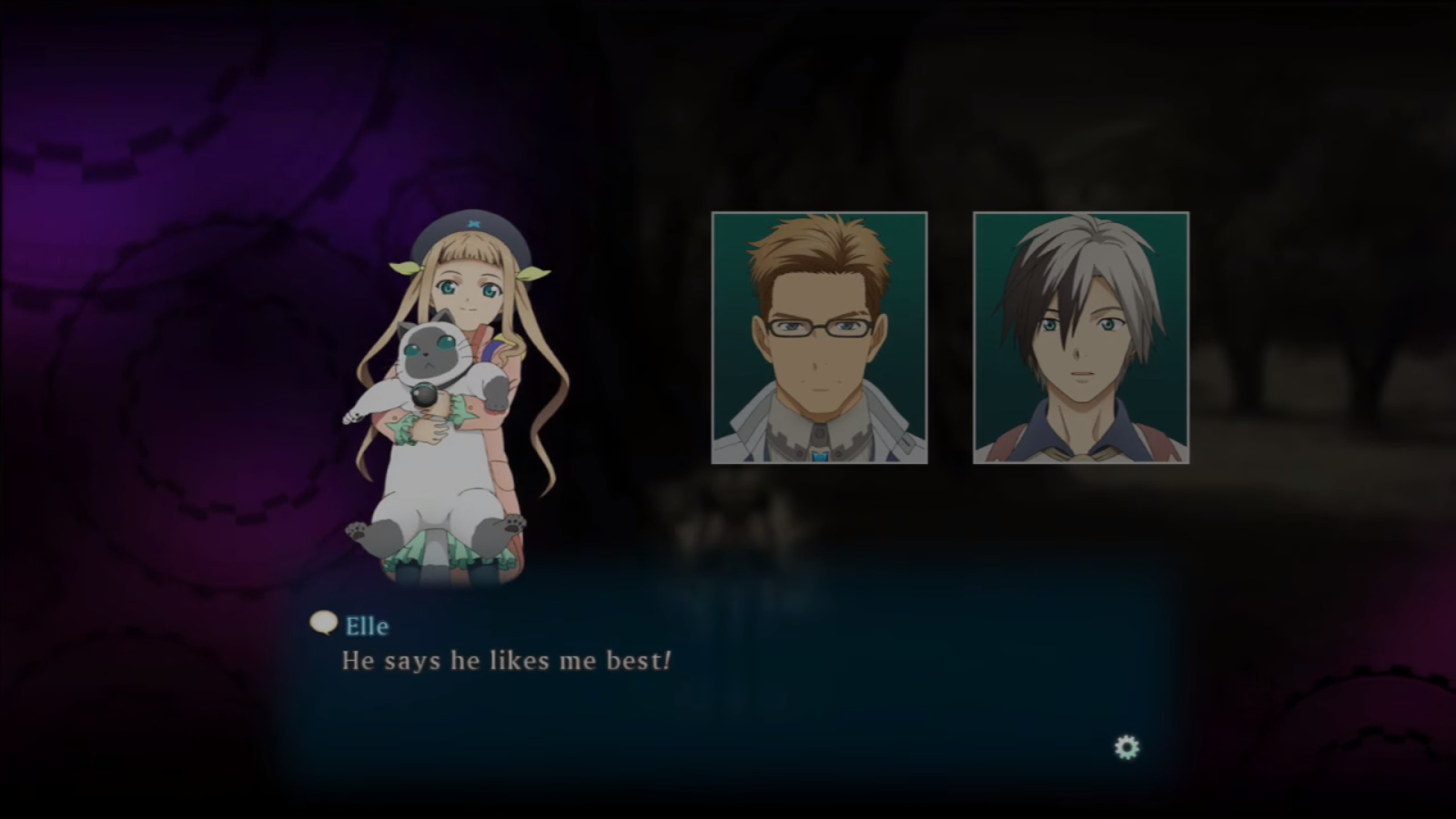 While my actual #1 is Judith because she’s such a badass, I’m going with my other #1 as I’ve already written about Judith. So instead of the gushing over the badass spear wielder, I’m going to go ahead and gush about this cat.

Rollo is a cat. Plain and simple. Well… that’s not quite true as he’s a fat and adorable cat. And that’s it. 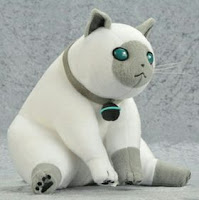 Now while that should be enough, because cat, it’s the fact that Rollo is just a plain old cat that makes him absolutely fantastic. He follows Lugar in Tales of Xillia 2 out the door and hangs around for the entire adventure. Why would he stay at home where there’s no chance of him being fed when he can follow along and be dotted on? So many times I worried about this cat but he’s just amazing and spoilers or not, survives the whole ordeal and the near end of the world as many a cat would. 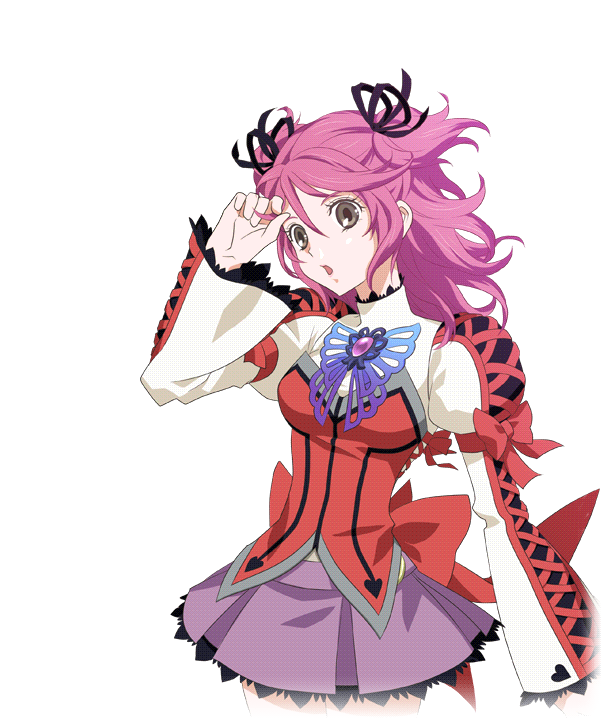 From the moment I met the sickly young girl in Tales of Graces F I was hooked. Here she was in poor health but still focused on protecting her childhood friends. Enter Cheria a number of years later, as she is tasked with bringing Asbel back from the big city for important family business, and she is this steel-y strong, yet pristine and delicate; a series of traits she adequately maintains throughout the entirety of the game. In fact she stays very true to her core, only growing to be slightly more flexible as her feelings for others are nurtured throughout the rest of the playthrough. That really stuck with me …

I had to think long and hard as to who my actual second favorite character was. There’s obvious choices like Alvin from Tales of Xillia, Yuri from Tales of Vesperia, Jade covered by Natasha from Tales of the Abyss. But if I go back far enough, as much as I enjoyed Stahn from Tales of Destiny, I realized that I freaking love Moses from Tales of Legendia which was the first Tales of that I owned. This crazy assed bandit was not only fun throughout the story, but his ending lines were some of the best with my personal all time favorite “Moses Happy Dance! Yeehaw” 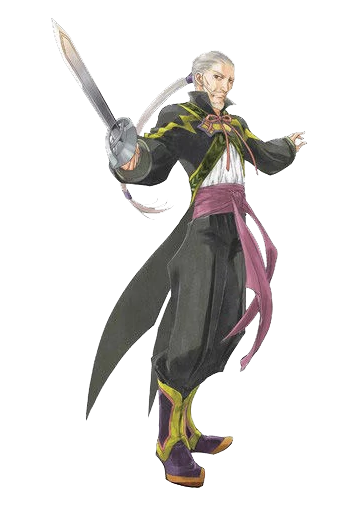 I’d like to preface this one with the fact that this is regarding the Tales of Xillia appearance, not the Tales of Xillia 2 appearance. The cast of Xillia is generally … not horrific, but Rowen really stuck with me throughout the game. He has an aloof attitude, is wholly devoted to his charge, and far more capable than his quiet demeanor belies. Plus he is hiding a secret that he thought defined him (which didn’t). That is a very human-like behavior and outlook, and seeing the revelation of it throughout the course of the game is great. Plus he has some of the best quips in the game. 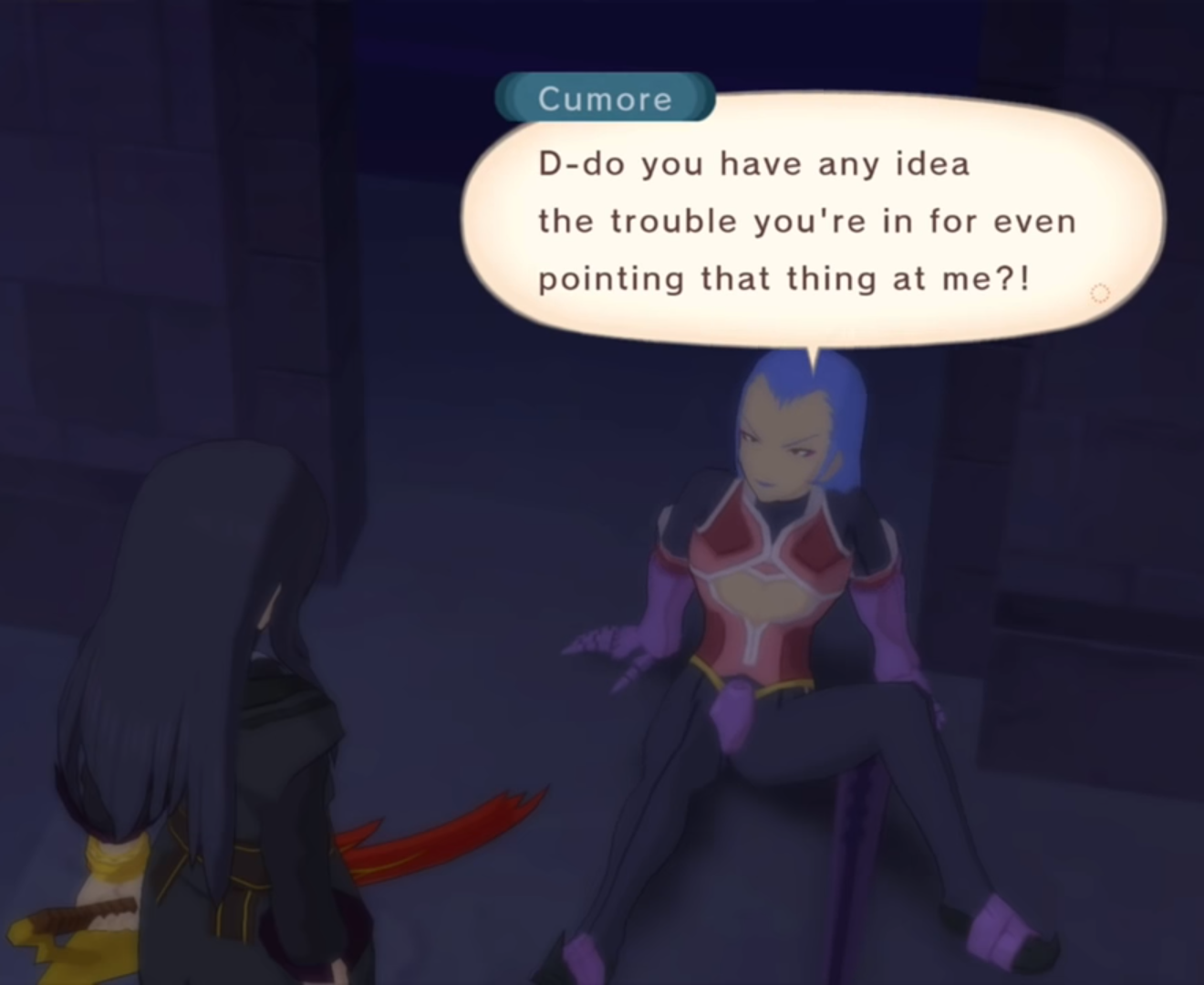 Cumore. He’s an ass. An entitled, obnoxious ass. And while I have my issues with Luke from Tales of the Abyss, who happens to be the protagonist, Cumore just has it coming in Tales of Vesperia and I am so, SO, happy that Yuri gives it to him. SO HAPPY. It was in that moment in which my respect for Yuri increased more than it already was because he was ready to do what needed to be done to keep others safe even if it meant getting his hands dirty.

The only, and I mean ONLY good thing about Cumore in English? Is that he’s voiced by Liam O’Brien. That’s it. Glad he’s gone. Ugh I had him and his purple jockstrap that he keeps on the outside of his pants. 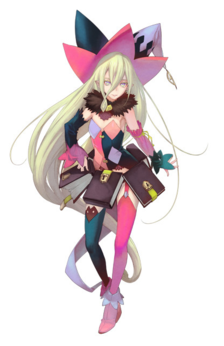 Literally any one of the “moe” characters (Elise from Xillia, Beryl from Hearts, Magilou from Berseria, etc… in fact, about the only “moe” character I like is Edna from Zestiria). These characters are thrown in for some ridiculous reason and I have no idea why; they tend to detract from the overall feel and emotional aesthetic of the game.

A close second, if not a tie, to that “class” of character would be the “I’m an immature turd but it’s all an act because I’m fake as all hell” group (Hisui from Hearts, literally the entire cast of Berseria minus Eleanor, Alvin from Xillia, Raven from Vesperia, Malik from Graces, etc.).

Both of these groups do nothing for the overall story, show extremely little by way of character development, and more often than not are eye-rollingly embarrassing. I cannot stand either and to see their roles in Tales to be refined would be a massive step in the right direction.

Article by Pierre-Yves and by Robert

This series of articles are being brought to you by multiple team members. Enjoy!