February 5th, 2019. MILAN, Italy – Milestone is proud to announce the launch of Monster Energy Supercross – The Official Videogame 2, the only game where players can step into the boots of an official Supercross Champion and experience the exciting life of a professional athlete in the most competitive and highest profile off-road motorcycle racing championship in the world.

Today available in early accesses for those who pre-ordered the digital Special Edition, Monster Energy Supercross – The Official Videogame 2 will be globally available on February 8th, on PlayStation®4, Xbox One, Windows PC®/STEAM and Nintendo Switch™.

The new edition puts players at the center of the game with a renewed career mode, an enhanced track editor, additional training compounds and customization items and improved playability.

Live the life of a Champion.

Since the life of a real Supercross Champion isn’t just at the races, the new Career of Supercross 2 has been developed to offer players an engaging and progressive gaming experience both in and out of track. Increase your fame and conquer fans’ hearts to attract the biggest sponsors, manage rivalry with other racers and raise you experience to unlock new game contents.

Improved playability. Gameplay has been completely redesigned in order to be even more accurate and realistic. The new Advanced Inertial Response allows a smoother control of the aerial phase, to freely perform scrubs and whips. Also, with the Real Terrain Collision technology, ground is now much more detailed and natural, impacting on how bikes react in different sections of the track. To make the game more accessible to new players, the Dynamic Flow Aid helps to always find the ideal trajectory to jump and land. Infinite tracks, endless gameplay.

The highly-appreciated Track Editor is now easier and richer, to create spectacular tracks with more parts to combine and create your unique gameplay. All the amazing tracks created by players, can be shared both with friends and the community, to create customized races and championships. A new Guided Tutorial will now help players to create their tracks more easily and quickly.

Make your own style. Customization reaches a new level in Monster Energy Supercross – The Official Videogame 2. Players will be able to make their rider unique, thanks to more than 3,000 customizable items, from physical appearance to the long list of accessories to wear during races. On the track, there’s more than 300 customizable mechanical parts to always find the right feeling with the bike. And, if you deserve it, you can also celebrate your success choosing your preferred emote among the many you will unlock during the game.

Be the protagonist official 2018 season. 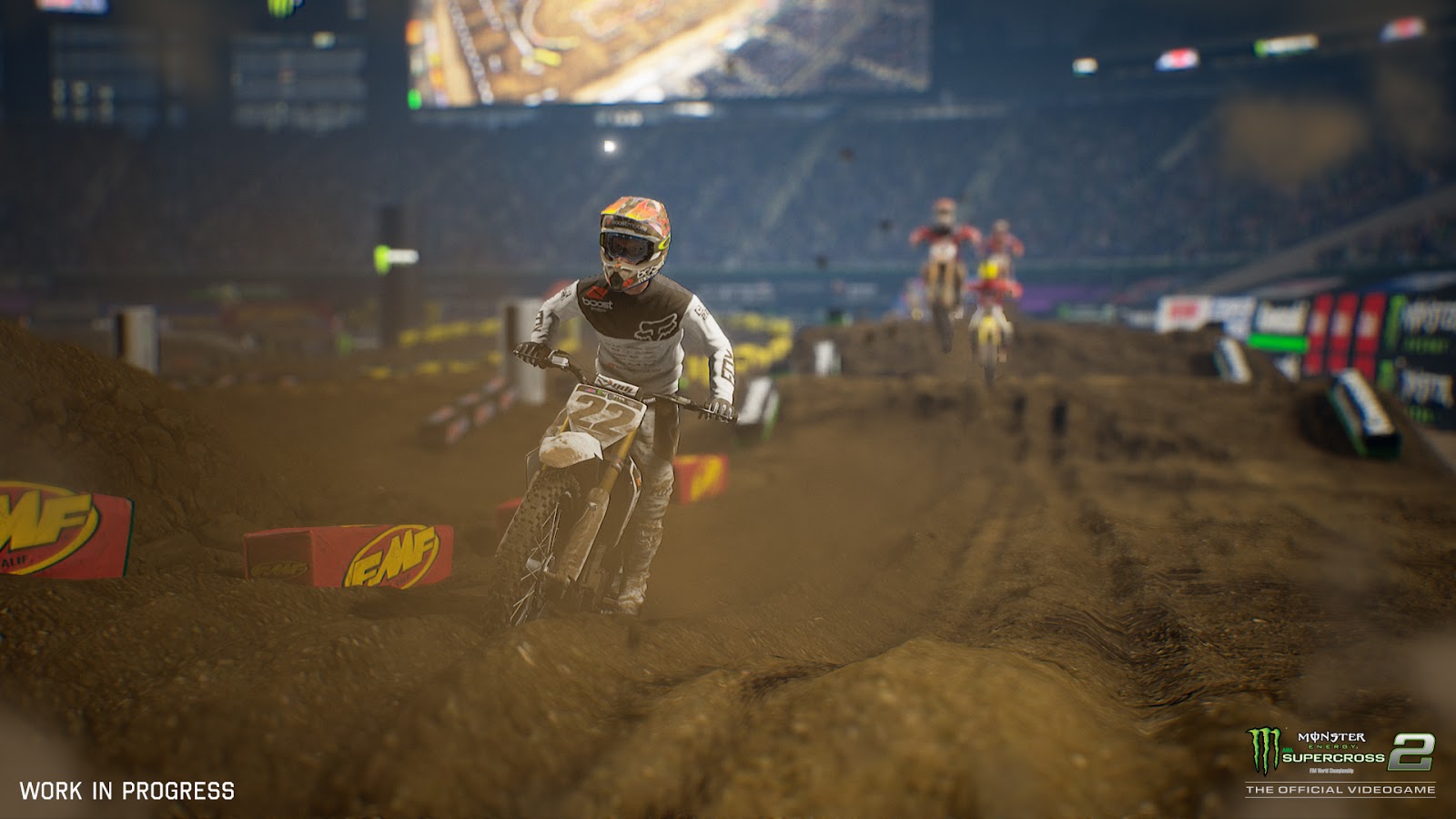 There are more than 80 official racers from the 2018 season with some of the most famous such as reigning 450SX Class champion, Jason Anderson, and Marvin Musquin and, for the first time making his appearance in the videogame, Eli Tomac; all of the riders have been accurately reproduced, thanks to a renewed face scanning technology. The 17 tracks available at launch, including the new NRG and Raymond James stadiums, fully recreate the innovative track designs and incredible atmosphere of a Supercross race, including its renowned fireworks and TV-styled replay cameras set inside the most recognizable and prestigious stadiums in America.

Founded in Milan in 1996, Milestone S.r.l. is one of the leading and longest established racing game developers in the world. The 200-people team is responsible for hit series like MotoGP™ and MXGP – The Official Motocross Videogame as well as own IPs Ride and Gravel. Milestone is fully privately owned and self-funded independently.