My friend John, a fan of role playing games and Tolkien, said I should play the Third age if I wanted a fine Lord of the Rings game. Since we share similar tastes, I followed his suggestion gladly.

The story of LOTR the Third Age takes place in parallel with the trilogy; the hero is a knight who travels across Middle Earth and joins forces with other brave adventurers to face the endless hordes of Sauron, the undead necromancer who threatens to enslave the land. To be honest, although you meet characters from the trilogy, such as Gandalf, and go to the same places where they did, the script is poor. Character interaction is limited, for example the relationship between a female elf and the hero is not developed, and the plot is unexciting; even a surprise concerning the knight’s past produces no emotional impact. 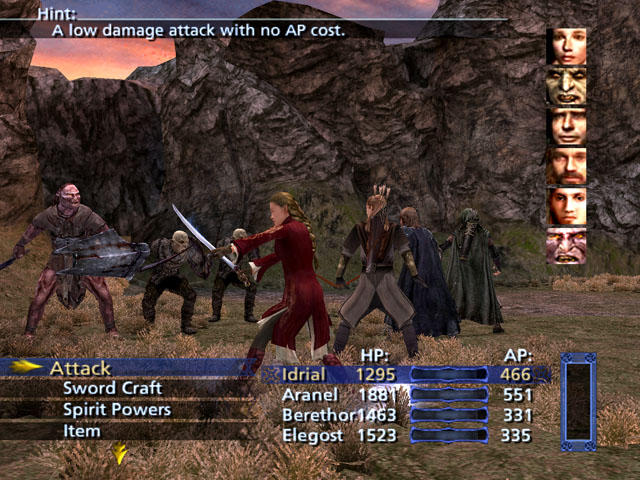 Another thing that bugged me is the lack of towns and non-player characters. There are no shops, inns or houses to visit, no people to give you quests. The Third Age consists almost entirely of dungeons and others dangerous areas and its overall structure relies too much on the appeal of Tolkien’s work.

Thankfully, the game’s positive aspects more than compensate for its weaknesses. First, its graphics are amazing: shadowy forests, majestic underground chambers, mountain paths, an abandoned burning village, secluded stone ruins are drawn with attention to detail and style, beautiful colors and realism. The music is fantastic, epic and motivating, contributing to a vivid experience. 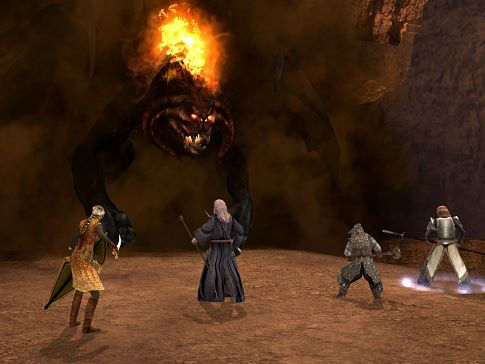 The gameplay is about exploring and fighting. Exploration is rewarding because you often find new equipment and useful items, such as dwarven ale, which heals status ailments. Fighting is sometimes hard, especially against the brutal Uruk Hai or the fiery demon Balrog. So, grinding is required. Thankfully, the game’s fantastic atmosphere and the fact that you grow more powerful make grinding fun. The control system is friendly, allowing you to select actions easily, check your status quickly and even know when a random battle is about to occur. By the way, fights are turn based, so you make your moves without stress.

The character upgrade system is dual: you slay monsters and complete missions to earn experience points and level up your characters, thus increasing health, mana points, strength, dexterity, etc. However, to unlock new skills you should activate the ones you already have as often as possible. I especially loved the elf’s amazing water spell and the ranger’s arrow that puts enemies to sleep. Some monsters are vulnerable to certain skills, super attacks are available after fighting for some time and you may switch characters during a battle; as a result, the game involves some tactics too.

In conclusion, LOTR the Third Age does not expand Tolkien’s masterful universe and its combat system lacks innovation. Nevertheless, its production values are high and its simple gameplay is very addictive. I recommend it to people who own an XBOX and want to add a good rpg to their collection.