You are reading
Astroneer – PC Review

Created by System Era Softworks, Astroneer is an open world survival game where the players must farm materials, build bases, and discover the purpose behind the alien structures. It is a game that has some amazing music, a nice graphical aesthetic, and is fun to discover the many ways to die. In the 70+ hours I’ve played, I’ve not encountered alien species with the exception of hostile plant life. So far, so good.

At the beginning of my playthrough with Astroneer, I found the game to be charming. It’s open world which lets players get lost in the vast caves and it brings a smile to your face as you discover new items or planets. It pulls you in by provoking a sense of wonder and awe while traversing planets freely, without creatures lurking in the shadows. Astroneer is truly a relaxing and fantastic game to play. 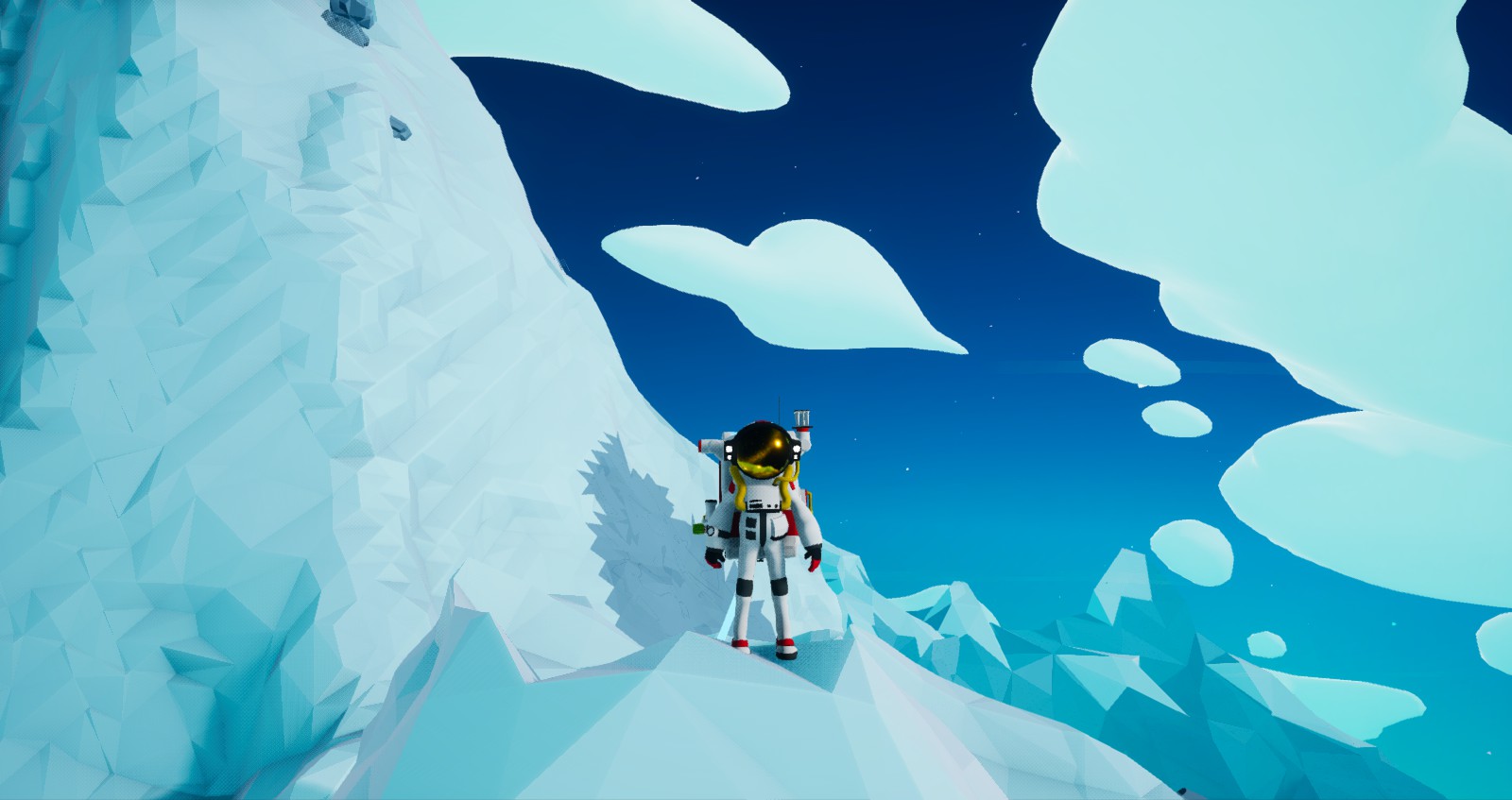 I started by playing through the simplistic tutorial. In it, players are able to manipulate the terrain with ease, allowing them to dig into and out of cave systems. The way players manipulate terrain reminded me of The Sims 2 because players artificially created basements by lowering the terrain. And in Astroneer, the terrain manipulation is akin to that of the Sims. Once a player has completed the tutorial, they should know the basics, however, accessing items like the research catalogue can be found in the menu or by clicking on it from your backpack.

The single player experience is great because it allows a lot of freedom. And when a friend wants to play the game, they can join as long as a player is listed online through Steam. I imagine the Windows and Xbox versions run in a similar fashion. Although, for the time being, Windows users cannot group up with Steam users until multiplayer servers are released. Anyways, Astroneer is hosted locally which is both a fantastic feature and an annoying one. What I mean is, it’s great that players do not need to start up a whole new game to allow friends to join – they can join on you without issue. The problem lies in the connection of the host computer – an issue I will mention later in this review.

Astroneer has a purpose but I cannot confidently say I know what it is. I’m aware of the alien structures scattered throughout the planets and that they relate to the core, though I haven’t reached the true core in either my single player or multiplayer games. So far, I’ve enjoyed my experience, but it’s not without flaws. 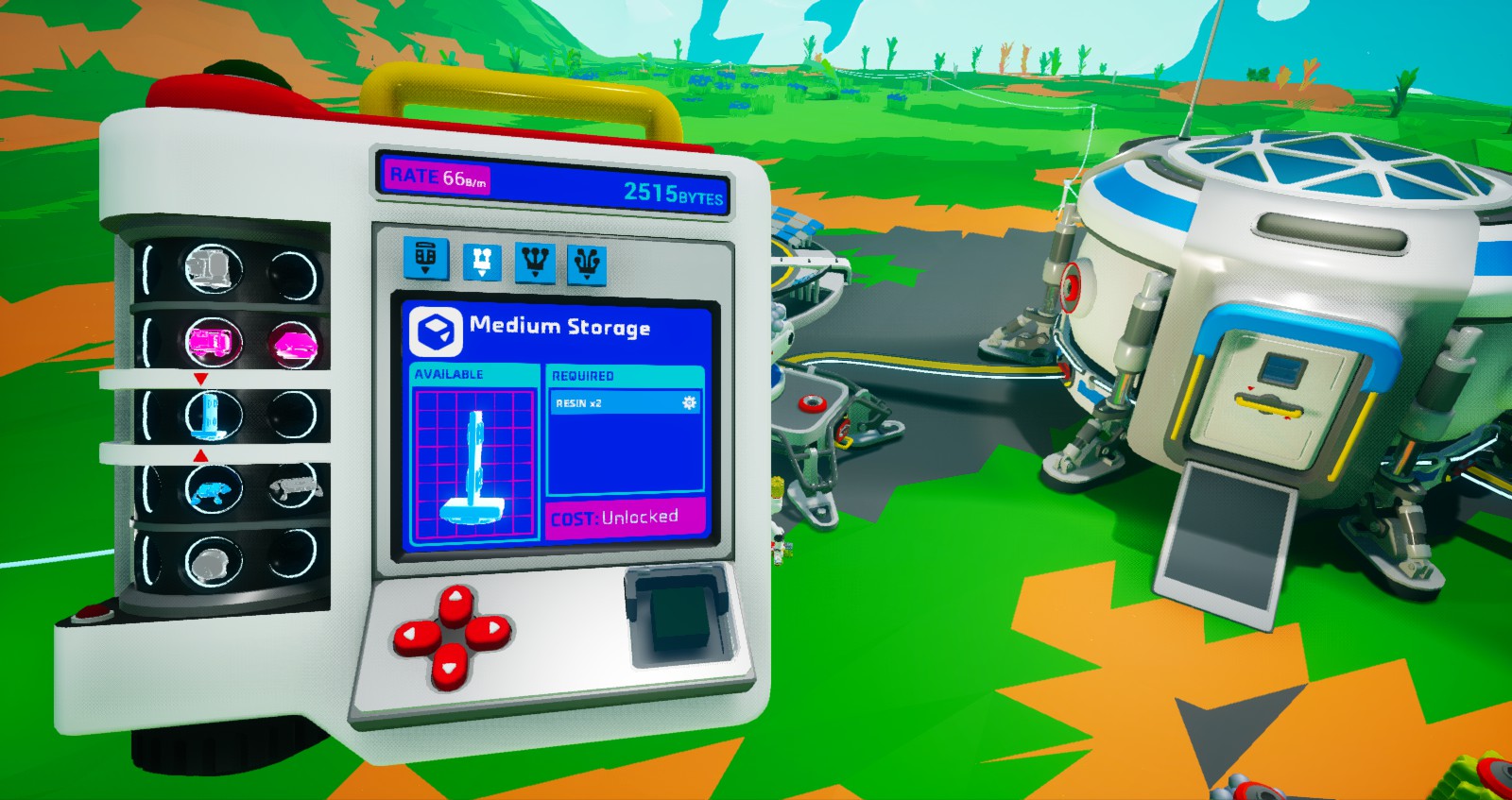 Let’s talk about the UI and the graphics. Astroneer has a colorful artistic style that is quite charming. Because of this, materials are easy to spot due to their sparkling and vibrant nature. Additionally, each resource has an associated symbol that makes solving certain puzzles a breeze. In short, Astroneer is simply breath taking to look at and it has a great amount of potential.

As for the UI, it lacks certain features like view distance, depth gauges, and map coordinates. There is no field of view option either, which means that players must deal with the camera sometimes getting stuck on stalactites. In the event that players have fallen down giant cracks in the ground, the camera clipping is sometimes atrocious, making a clean escape difficult. Players are able to zoom in and out with the mouse wheel (although the game can be played with a controller), which is often useful underground. And while there isn’t a lot in the UI, what’s available to players is enough to enjoy the experience. In essence, Astroneer is an accessible game to players of all ages.

Okay so let’s talk about the pros and cons of this game, starting with the good points.

Now, let’s go over the cons of the game starting with the minor annoyances and working our way up.

All purpose nuisances (Not necessarily detriments to the game) 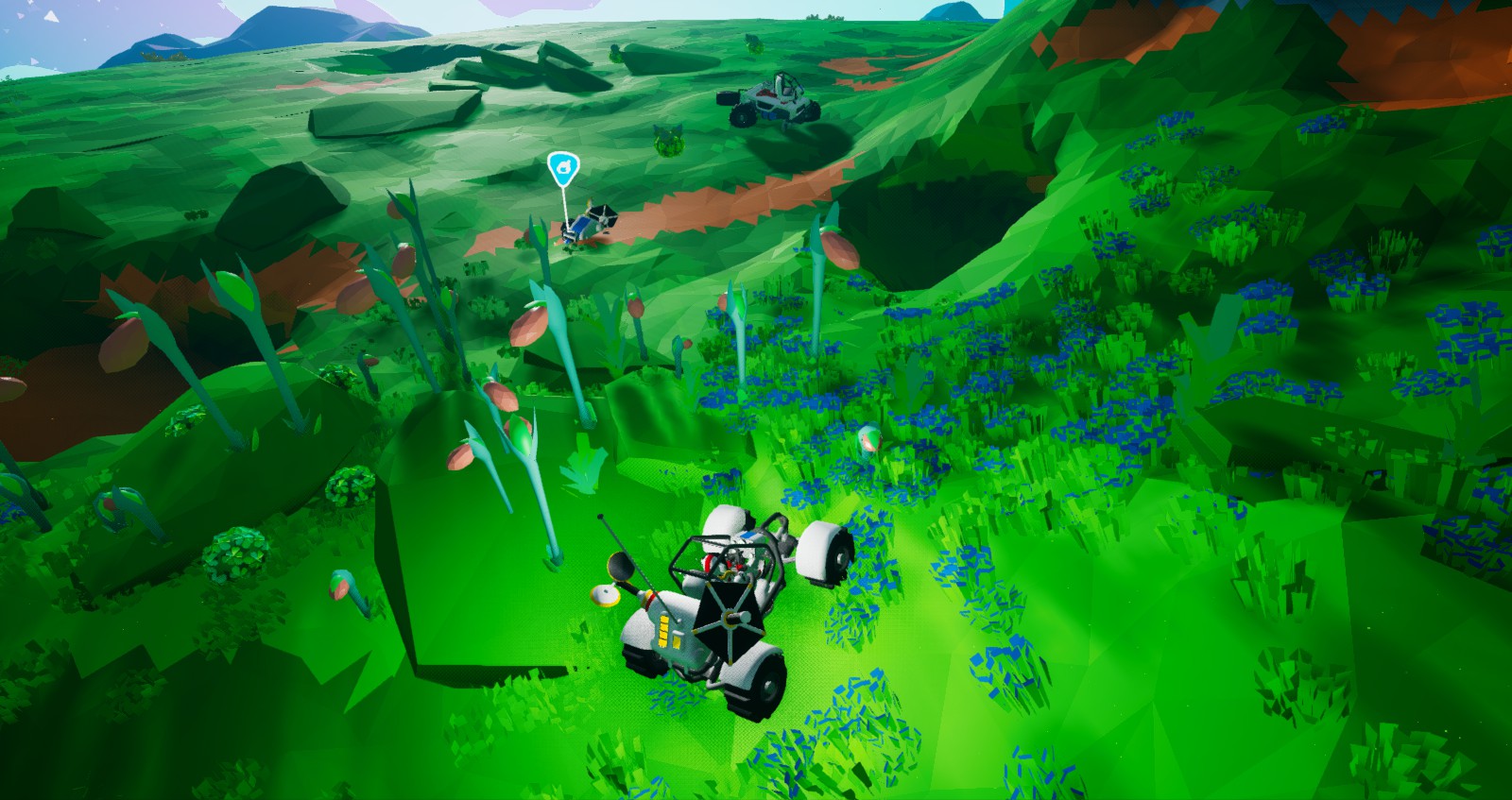 Blasting off into Space

I’ve played over 70 hours in this game and I’ve encountered most of the issues in multiplayer alone (except for the repoping of terrain. That happens in solo and multiplayer games). As much as I love this game, I feel like it came out of early access a bit too soon. Throughout my time with the game, my computer has crashed at least three times in different scenarios which plays a factor in my overall rating. And although, System Era Softworks has a public roadmap, if they launched the game with dedicated multiplayer servers, the game might be easier to troubleshoot – especially since I have no log file for my crashes (which has led me to hard boot my system each time)! Also, there are plenty of fans that have said the game host needs to have a beast of a computer to handle the multiplayer load. I don’t disagree with this sentiment. 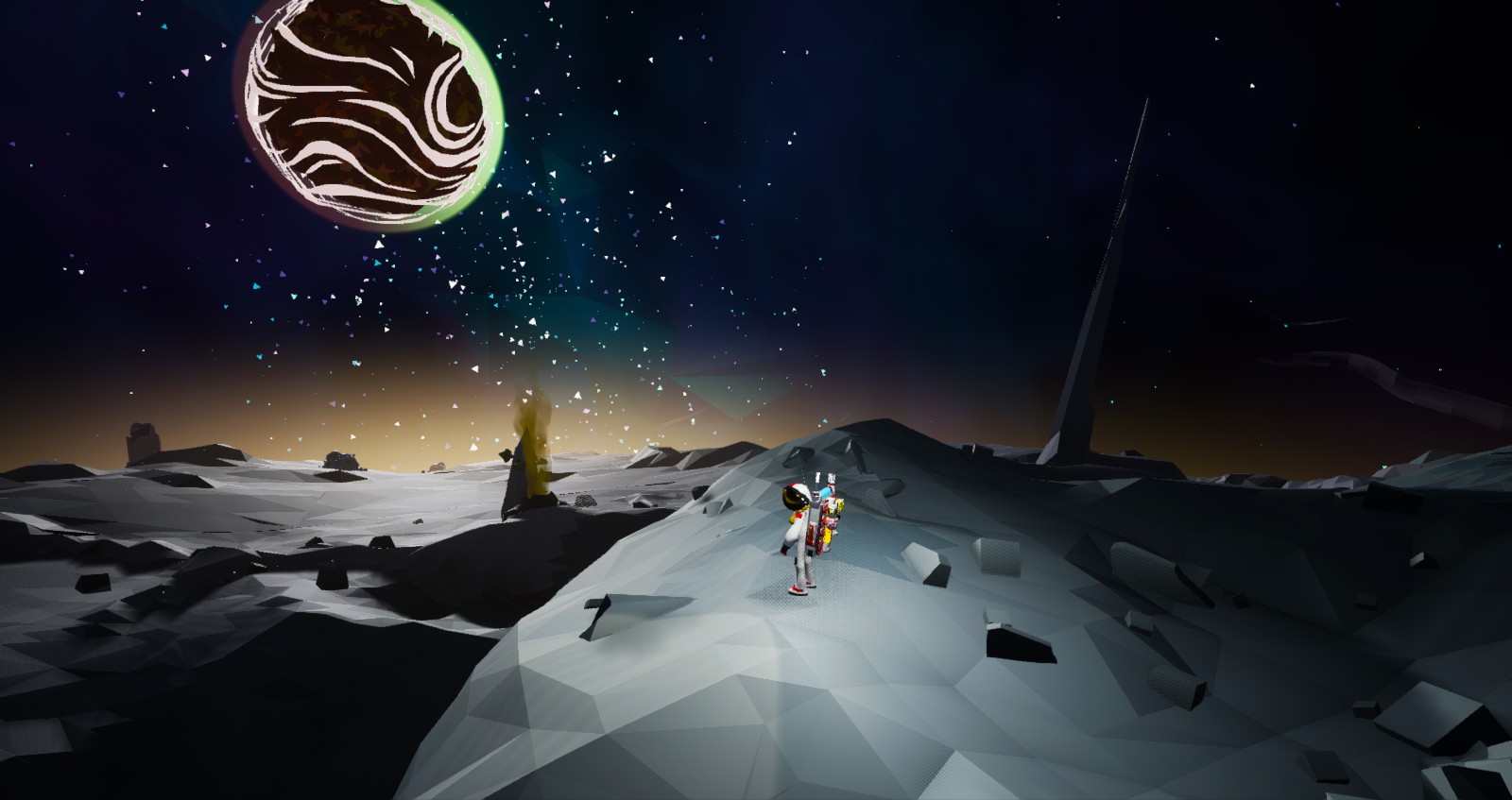 From other reviews I’ve read, players that have supported the game in its early development stages have stated that previous versions were less buggy. While I understand that early access games are in no way perfect, they get a bit of a free pass under that banner. It is widely known that games in early access are likely to contain many bugs, but since Astroneer was officially launched on February 6th, I find that some of points listed above need immediate attention – specifically regarding some of the multiplayer and collusion issues.

All of that said, I love this game because of its art style, music, my interest and fascination with the alien structures, and the thrill of discovery, but I am giving Astroneer a 6 out of 10. The game has a long way to go in terms of resolving its technical issues before I can confidently rate it higher – and I really want to rate it higher! I quite like Astroneer and considering this is System Era Softworks first title, they have a solid foundation from which to build upon.

Anyways, if players discover other issues not listed above, the developers have directed all technical issues to their forums. Also feel free to join the public Discord server where players exchange screenshots, discuss various elements of gameplay, and pose questions. Be sure to check out Astroneer's website, Twitter, Instagram, and Facebook pages for all your gaming needs.