Why am I beginning with that? Because, it bugs me that once again people blew a situation out of proportion without considering other factors. Again.

This week what I’m talking about is Epic Games and the internet boycotting the company because of a silly scrapper file. Now, before you jump down my ass, let me explain why I feel like this whole situation is ridiculous.

First: The internet decided to uninstall the Epic Games launcher because of this discovered scrapping file that would access information IF – and only IF – users imported their Steam friends list into the Epic Launcher. But, people were more disgusted by the idea that Epic Games could see what types of games a person plays. Honestly, I don’t see why that is an issue. A Steam game list is publicly available unless the user has their profile set to private. I also don’t see an issue with this because I imagine the company wanted to collect this information to better market video games that people enjoy. As in, this is what targeted marketing is, and it’s done by platforms like Google and Facebook whether you know it or not.

Second: The Epic Game Launcher has only existed for a year or two, meaning that they would still have a long way to go in order to effectively compete against platforms like Steam (which we’ll get to later). I think it’s ridiculous to think that a company is going to magically have the numbers to compete with other platforms in such a short period of time. People seem to think that’s how the world works, but really it isn’t. Companies have to make a lot of decisions in order to be successful, which includes bad ones. One cannot grow without having some great struggles.

Third: I fully believe that Steam needs to have competition because, let’s face it, Steam has done some horrendous things in the past.

To synthesize my thoughts about this ‘security breach’, let me first talk about some of the good things about Epic Games.

Since inception it has had substantial growth because of the hit title Fortnite (and if that is an unfamiliar title, you’ve literally been living under a rock. There are posters of Ninja in retail stores in my city. Imagine: a Twitch streamer has freaking posters for sale to the general public. Think about this.) While I’m not a Fortnite player, I can respect the fact that Epic made a huge splash in the industry with that title. Epic Games also boosted their reach by deciding to offer one game for free on a biweekly basis. Not only that, it is widely known that Epic Games is offering a greater profit split with the games developers. In essence, this is what makes Epic Games a more attractive platform to do business with, especially considering how cost prohibitive game development can be. Gone are the days where indie developers struggle with platforms to offer their games, so for Epic to offer a better monetary split is actually a very good thing. As a slight sidestep, this means game developers can use the money they make on producing better quality games instead of releasing subpar titles like say Fallout 76… (It’s not my kind of game.. don’t at me!) 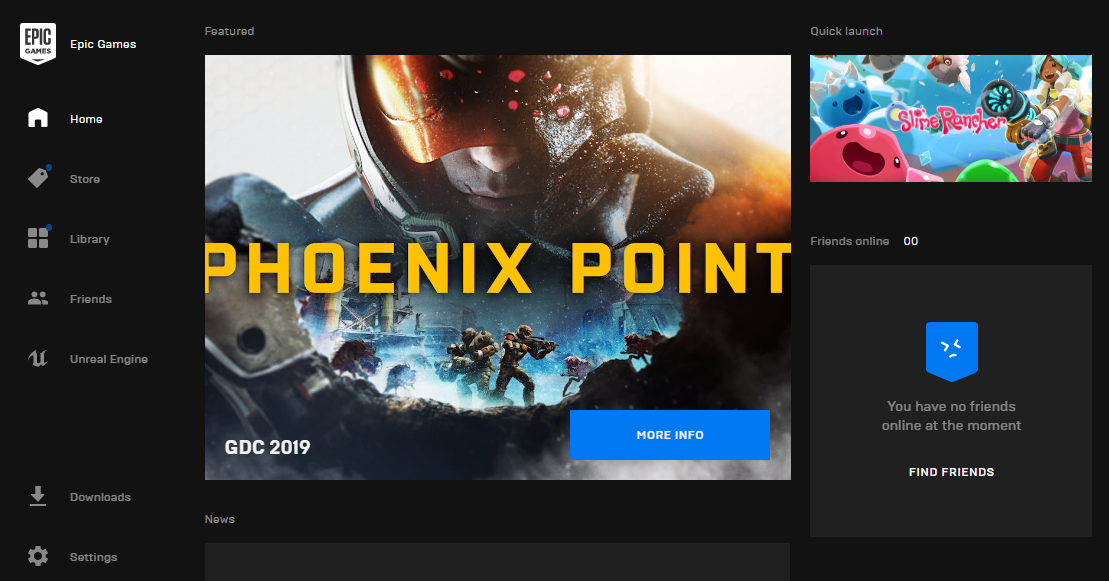 Now, many are upset that Epic Games is ‘stealing personal information’ because of this scrapper program that is directly installed onto a person’s system. People have equated it to malicious spyware, which it isn’t. Epic has stated that they only collect data with permission. While I can say that I don’t agree with its implementation and reasoning behind the program, it angers me more that people are SIDING WITH STEAM like they are some majestic unicorn that can do no wrong.

Steam: The platform that requires a paid fee in order to offer a game on the platform. It’s the platform that said they were no longer going to regulate what is available to buy like its collection of hentai games, asset flips, or absolute garbage like “Rape Day” (which was thankfully removed from the platform, but not because it broke the new Steam policy. They removed the game because they were afraid of getting sued.) And DO NOT THINK that the developer of that game gets a free pass either. He basically stated something along the lines of ‘my game was not meant to be on a platform like Steam…’ Oh really? You willingly paid that fee. You actively set up the store page. And you filled in all the relevant information about the ‘game’. Clearly you were drugged at the time or forced into putting your game on the platform… Right. Keep lying to yourself.

Anyways, back to the point. Steam is a platform that people have actively review bombed games for less than legitimate reasons. And despite all of the issues that Steam had with their previous Greenlight system, people seem to be more upset about Epic Games knowing their game list. Considering how people discovered the issue as well as the less than spectacular PR work done about those breaches since they’ve become public knowledge, I gawk at the idea that people are upset about this kind of information collecting.

Are you worried that you can’t play your games? If you already have a list on Steam, then keep playing them there. Epic isn’t stopping people from using another platform. They are providing an alternative. And if you are worried about having access to games because Humble Bundle gives out game codes for Steam, Epic has already stated that they have partnered up with Humble Bundle too! But honestly, people are upset because they are being forced to buying their games on another platform after being ‘promised’ a launch on a platform. I hate to break it to you but it’s not like you have to buy a whole new system to play a PC game on a different launcher. This isn’t the console wars where one has to decide if they like the exclusives on PlayStation versus Xbox and then buying the system that those games are released on. What does it really matter when it comes to PC gaming? There is no extra investment for you! Furthermore, Epic Games has stated that they would be giving people a $10 discount on Metro Exodus because it was supposed to be a Steam exclusive game. I don’t know about you, but I call that a win.

Instead, you’d rather allow Epic Games to take a colossal hit in favor of Steam who has blatantly hidden certain game tags from being discovered, who has decided to wash their hands of any controversy with respect to video games, and who has a policy that is ambiguous at best. It feels a lot like users are just being butthurt for the sake of being butthurt. The Epic Games launcher is still fairly new, they don’t have the same library of games, nor does the platform have the same features as its competitors. And I’m not the only one who thinks Epic Games will make the industry better. To prove my point on that, here is an interview with Rami Ismail about Epic Games and the why he believes Epic Games is good.

To think that people are up in arms because a game list is ‘their personal information’, I am going to quote this article from Extreme Tech:

“In a world where Facebook deliberately shares private and personal information on tens of millions of people with companies that never should have been allowed to see it, the idea that scanning a single file for a list of friends you won’t even upload without permission would constitute a privacy violation is pretty laughable by comparison.”

I tend to agree with the author of that article. 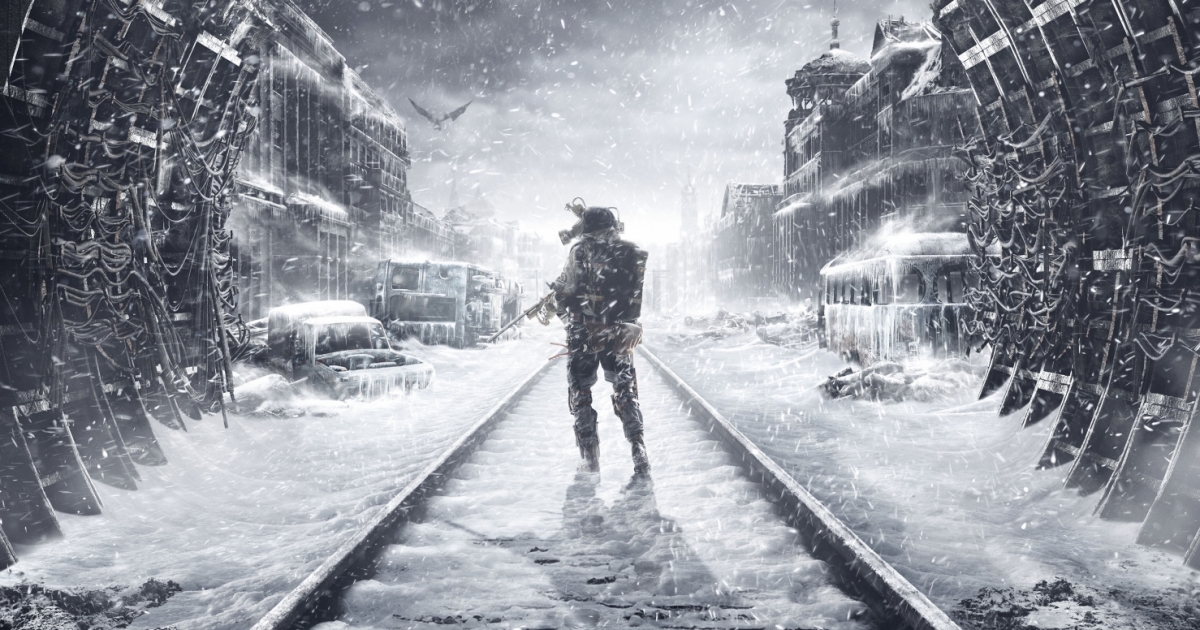 However, this doesn’t mean Epic Games gets a free pass. The idea that the company might not be liable for information collected without permission is a bad thing. It’s also something that game companies have done before with much more brutal results like the piece I wrote about ArenaNet installing spyware onto people’s systems so that they could ban users that had programs which could exploit or alter their game coding. It ended poorly in that ArenaNet had to spend time unbanning a bunch of accounts for erroneously hitting game developers that use these programs for their own projects. In reading my article, people would be aware that I am against this kind practice because I believe that the EULA does not extend to a person’s whole computer. I explained that it’s one thing to scan owned property to make sure files haven’t been tampered with, but it’s a completely separate issue to look at someone’s whole computer for programs that can potentially be exploited.

Epic games needs to be held accountable for their actions, but that doesn’t mean the internet should pull the trigger and then ask questions later. They are offering an alternative to Steam that up until now had little to no competition. There are bound to be bumps in the road and this is one of them. Still, I believe that companies can be redeemed and as such, I’m not giving up Epic because of this one issue – especially considering the alternatives. And as for Steam, I’m willing to use other launchers that will support games that are not absolute dumpster fires, despite the fact that I play most of my games through Steam. Because Epic Games does have partnerships with Humble Bundle and other game developers, I’m willing to give them that chance. And I would rather not have to deal with crappy asset flips, terrible business practices, and controversies galore in favor of a platform that is willing to give gamers quality products and developers a fair share of their profits.

But that’s just me. You don’t have to agree.