After the recent announcement and surprise release during the latest Nintendo Showcase, Blast Master Zero 2 became available for fans of the now one off having become a series. Reprising your role as Jason alongside the help of Fred the dimensional frog and the android Eve, you’ll now be exploring the Galaxy in a new version of the SOPHIA. Your Goal? Head to Eve’s homeworld in order to save her from the parasitic infection of mutant DNA that is currently taking her over, and yes, I love the nod to Parasite Eve!

A bit of disclaimer here, I’ve never played Blast Master Zero so I can’t really compare the sequel to it’s predecessor. What I can do however is state what a pleasant and fun experience it is. Merging a side scrolling metroidvania in a flying tank alongside smaller third person action dungeons when Jason gets out of the SOPHIA to explore smaller areas? Hours went by the first time I picked it up and man were they worth it.

Being new to the series however, BMZ 2 starts off with a quick recap of the events of the first while also setting up the direction of the second. Now unable to leave the SOPHIA as it’s the only thing keeping Eve’s mutations at bay, she, Jason and Fred set out to cross the universe in hopes of finding a cure to Eve’s condition. 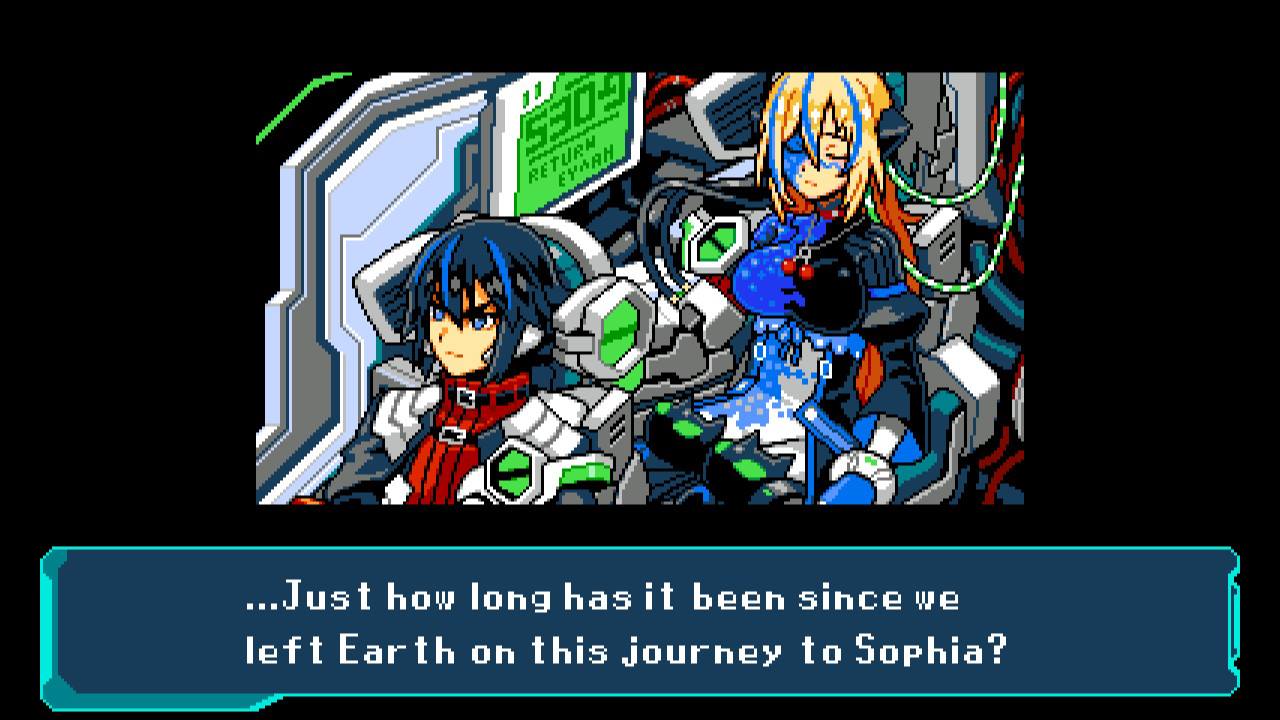 As nothing ever goes to plan, BMZ 2 starts off with the crew of the SOPHIA crash landing on a random planet that just happens to be inhabited by mutants that will kill you if you’re not careful. Acting as a tutorial, it doesn’t take long before figuring out that there are essentially three types of gameplays available. Split more into half of one and then two halves of the others, the core gameplay of BMZ will be in the SOPHIA as you drive, jump, wall jump, hover and shoot your way across plenty of alien planets. The controls are simple but add some complexity when you start to get newer weapon types that are more than your simple cannon fire and basic rockets.

Anything outside of your standard attack and jumps uses up power. Rockets, Homing Rockets, Hovering and a lot more, all use parts of your power meter. Your meter will fill up in time but it’s slow and more often than not you’ll probably empty it in the heat of the moment causing the SOPHIA to go into a power drained mode. While power drained, the SOPHIA takes added damage, does less damage, and is all around more vulnerable to enemy attacks. To circumvent this, falling from REALLY high will cause a spike in your power systems as it’s possible to recharge through kinetic energy. Who would have thought dropping from so high would have been a good thing and not kill you? Well in a tank it doesn’t, as Jason leaves the cockpit, you’d better be careful.

Unlike Trogdor who was a Man, a Dragon Man, no, he was just a Dragon! Jason is a Man and a fairly normal one at that. Jumping out of the SOPHIA’S cockpit is definitely not safe but it is often required in order to fit into smaller spaces that lead to either bonus items or items that are required in order to continue exploring. 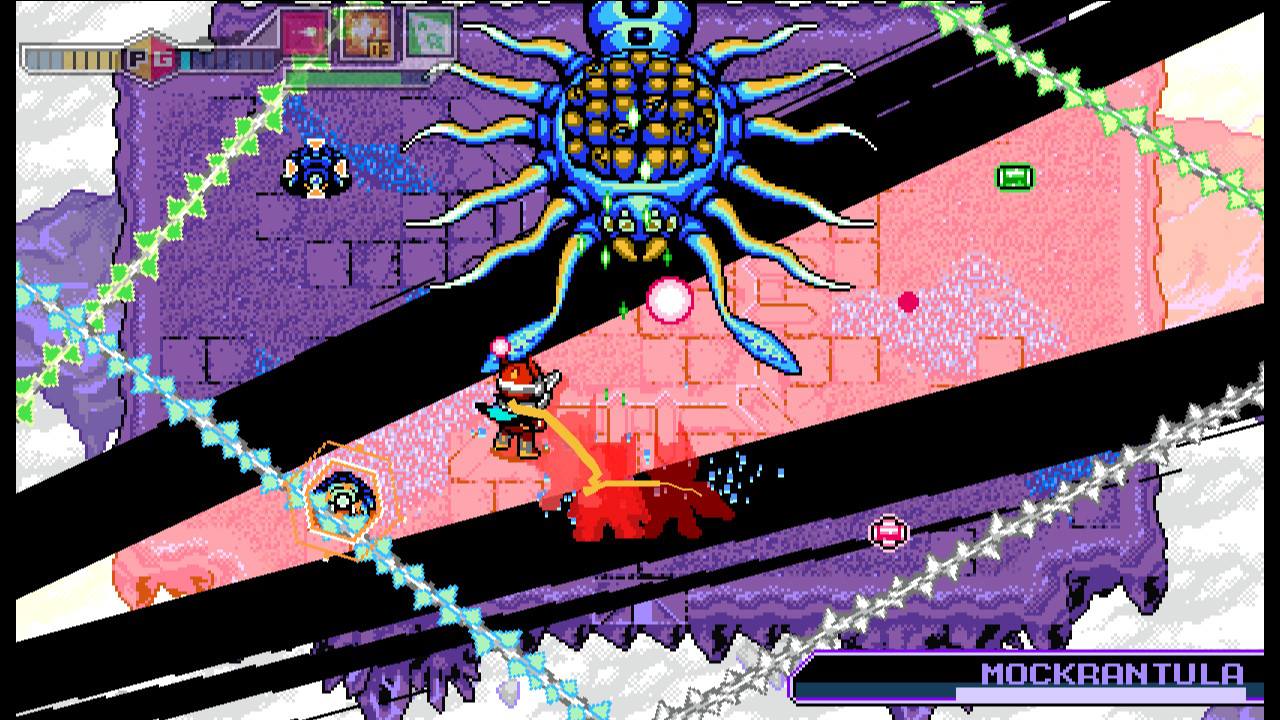 The first of Jason’s gameplay modes plays out like riding around in the SOPHIA however a fall from what could simply look like a modest height is more than enough to end Jason’s life. You have to be quite careful. Only adding to the danger are that the beings that attack you while in your tank are even more dangerous once Jason is outside of it and Jason’s blaster is not quite the most powerful. So limiting just how far he needs to go before finding a space to duck into is always best.

Once you get Jason into an area though, things spice up a bit as the 2D platforming is replaced with a 3D action / adventure type of gameplay in which Jason is truly the main star with plenty of weapons at his disposal. Becoming essentially less squishy, these segments had to have been my favorite part. Running around shooting your enemies, solving puzzles and performing boss fights. It was fantastic as it was never overly complicated nor was it ever drawn out to the point of boredom.

Now it’s not that you don’t have boss fights in the SOPHIA, but it really isn’t the same. There’s a bigger stress as you have a squishy body and all depending on your performance, you’re penalized which can severely limit your combat options. Acting like a reverse power meter, Jason can pick up power ups that allow for bigger moves to be performed that require xth amount of power to perform. While this sounds rather standard, if Jason is hit, the power meter drops. This teaches you very fast to learn enemy patterns and use what you have as effectively as possible. 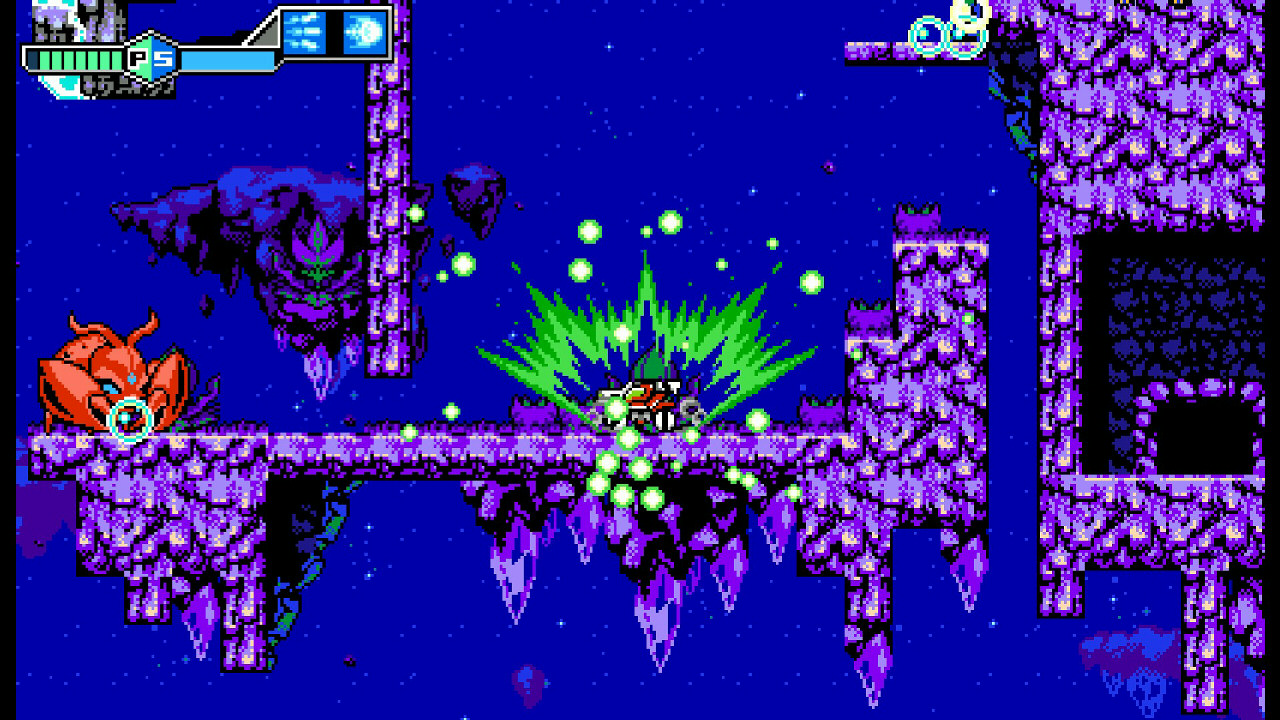 Blaster Master Zero 2 was loads of fun. Coming out of nowhere for fans of the first and for me, I have zero regrets and will now head out in order to play the first to see just how the two compare to one another. With more or less three varied modes of gameplay, slick controls and plenty of new abilities to pick up and use against standard and boss mutants alike, there’s plenty to enjoy for both fans of metroidvanias and platformers!