Other Platform(s): PC (this version)

OMG Zombies! is an interesting take on the apocalypse. Starting off with a very well designed graphic novel intro, it doesn’t take long for it to disappear into a multitude of stages in which your now lone wolf police officer must make it out of the zombie apocalypse with very limited ammo in an almost puzzle like shooter.

Originally designed as a PlayStation Mini title back in 2011, OMG Zombies is back in a bit higher definition from its more recent PC port for owners of the Nintendo Switch. Now this title was a bit refreshing for me. Instead of running around shooting at zombies and trying to stay alive, you are instead standing calmly on a higher vantage point view a perfect view of the horde. Holding onto a grand total of four bullets, you are going to have to take careful aim in order to maximize the damage caused to dozens of zombies at your feet. How can you do this with only four bullets you ask? Zombies apparently explode in this world so shooting one can easily take out fifty or sixty. 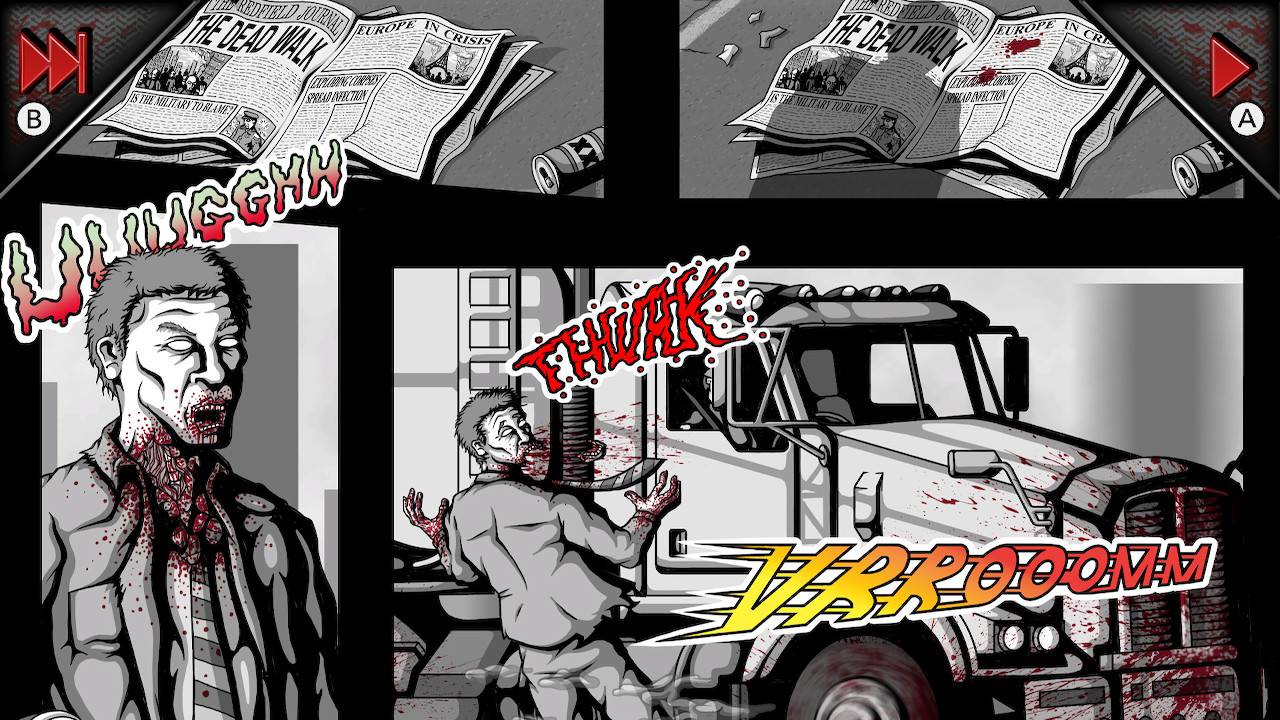 The gameplay, while being relatively simple and easy to pick up, takes a while to get right because of the sometimes random nature to how things pan out. Starting off with only a few zombie types to work with, you’ll soon learn how each “explodes” once you’ve taken them out. Standard ones just go boom; bigger ones explode much further out; military soldiers’ guns will go off randomly shooting across the map while police officers will shoot straight; electric zombies will shock others; runners will scream their heads off at anything they run into; bile zombies will launch… well bile upwards; and finally the last ones will melt into a puddle melting any other zombie that touches that puddle with it.

Levels become a mix of the above and you’ll have to calculate who you are going to shoot in order to ensure the maximum effectiveness. Honestly though? It won’t always work and part of it could be the randomness and the other part could be your gear. Successful completion of stages will net you money in which you can upgrade the zombies in order for them to make bigger booms essentially. Larger radius means more zombies. More power means more health gone as zombies have health bars and unless you upgrade your rifle bullets, you may not be taking them out in one shot.

And that’s really it. Rinse. Repeat. Try to get a high score because the higher you score, the more money you get which will help you upgrade what you need in order to go back to older stages and get that cash influx to help with the newer upcoming ones. 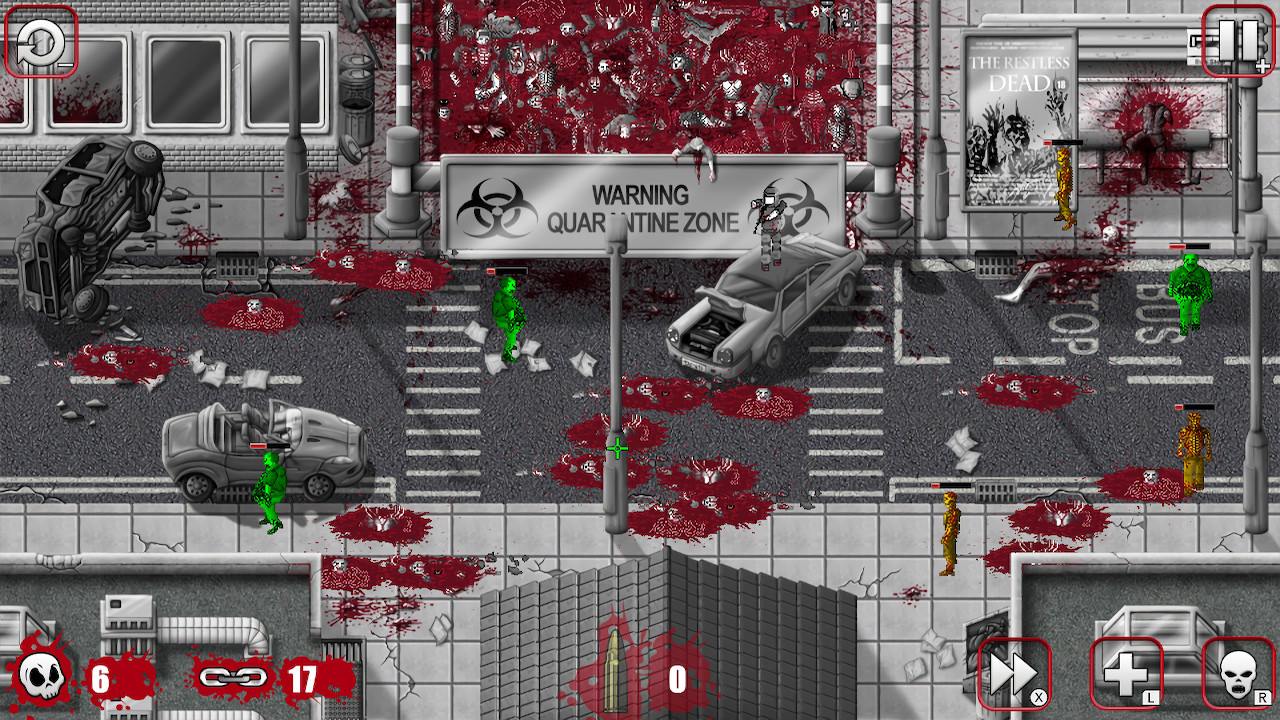 Overall, OMG Zombies! is a quick and fun little title that you can space between others. I do with that I could have seen a bit more of that graphic novel style of narrative, but the gameplay makes for a good break as long as things go more or less according to the plan set out with what the zombies “should” be doing once they “explode”.