You are reading
Silence: The Whispered World 2 – Switch Review

Knowing nothing more than Silence was from Daedalic Entertainment, I was in. If there’s one group that know how to make a Point and Click adventure, it’s them. With bright colors and smooth controls that allow you to navigate your environment, you’ll be exploring rich environments with a brother and sister as they both try to survive the new land that they find themselves within.

Cinematically starting off with an Orphanage being bombed in some form of war, Noah takes his little sister Renie to a shelter in which they use to survive the blasts. Picking back up sometime later, the two start to go a bit stir crazy as they haven’t left the safety of this bunker and it’s at this point that the bombing restarts. This time however, the shelter doesn’t hold. Looking everywhere through the rubble for his little sister Renie, Noah spots her in a place that she couldn’t be, the top of a cave entrance. Rushing to get to her Noah realizes that he isn’t where he’s supposed to be and against all possibility, he finds himself in a place he’s only dreamed of when he was close to death’s door. Noah is in Silence, and Noah knows this place very well. This is where Sadwick the clown had his adventure, this, is The Whispered World. 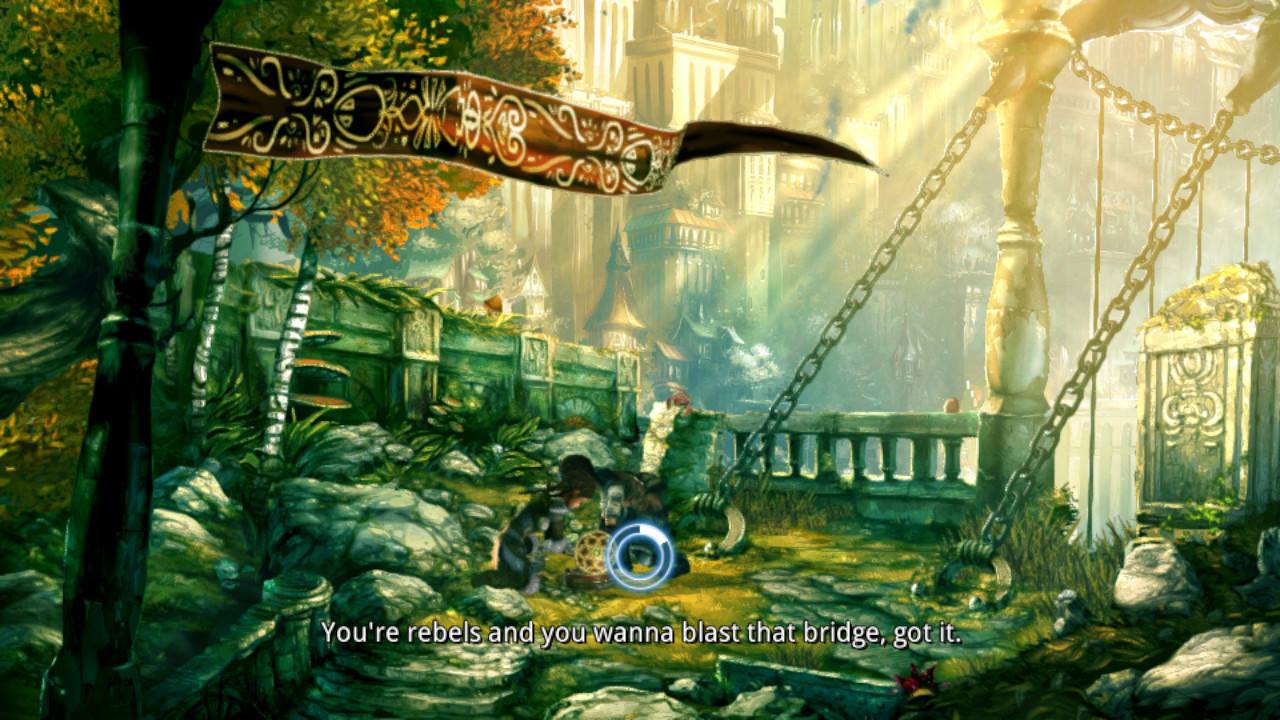 Going back a few years, to the re-release of The Whispered World: Enhanced Edition in 2014, I loved it even if it frustrated the hell out of me at times. The visuals, the controls, the writing. All of it. Going back a decade however to the original release in 2009, Silence is the direct sequel to the original Whispered World. With Sadwick the clown and his caterpillar Spot’s adventure being over, it’s now Noah and Renie’s turn to see the world as it is now. With a False Queen apparently sitting on the throne with her demonic looking seekers scouring the lands, the siblings separately find themselves travelling along with the rebellion in their quest to keep whoever is left safe from harm.

This may sound just a little bit funny, but the thing that struck me the most about Silence, is that it’s quiet. Even with vibrant and rich environments, there often next to little noise other than the noise that your characters will be making as they traverse the area. Noah and Spot, who has made a return for the sequel, will often be making some loud noises as the break chains and move large objects in order to bypass obstacles. Doing so will require interacting with various points that can be poked or prodded along the way. 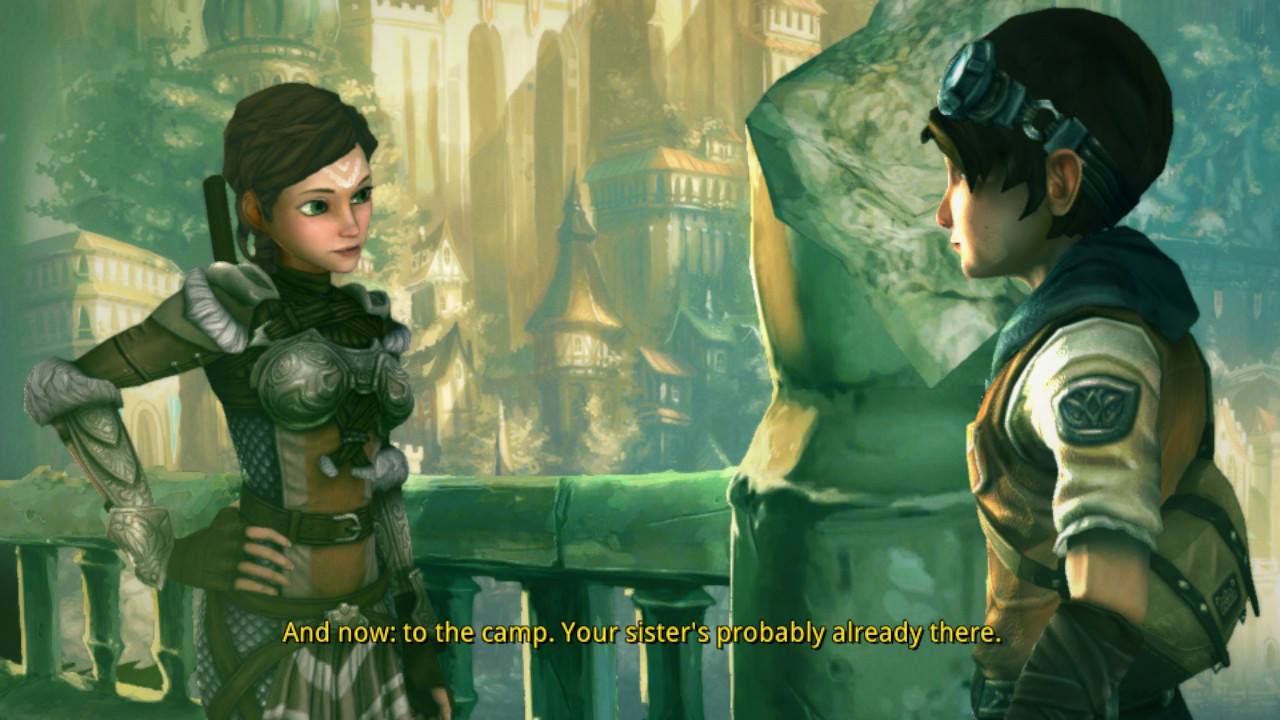 Two things that I really enjoyed was that one, there are tons of red herrings just waiting to lead you in the wrong direction. But these herrings aren’t just “click on this point of interest and move along”. You can click on points of interest many times and all depending what you’re currently holding can change what you do with those points.

The best example is prying something sharp because it looked like it could be useful. Finally got it out, but then Noah cut his hand and I had to rush to get it cleaned in hopes that it wouldn’t be infected. The whole process took some time and in the end, he kicked the object and moved along. 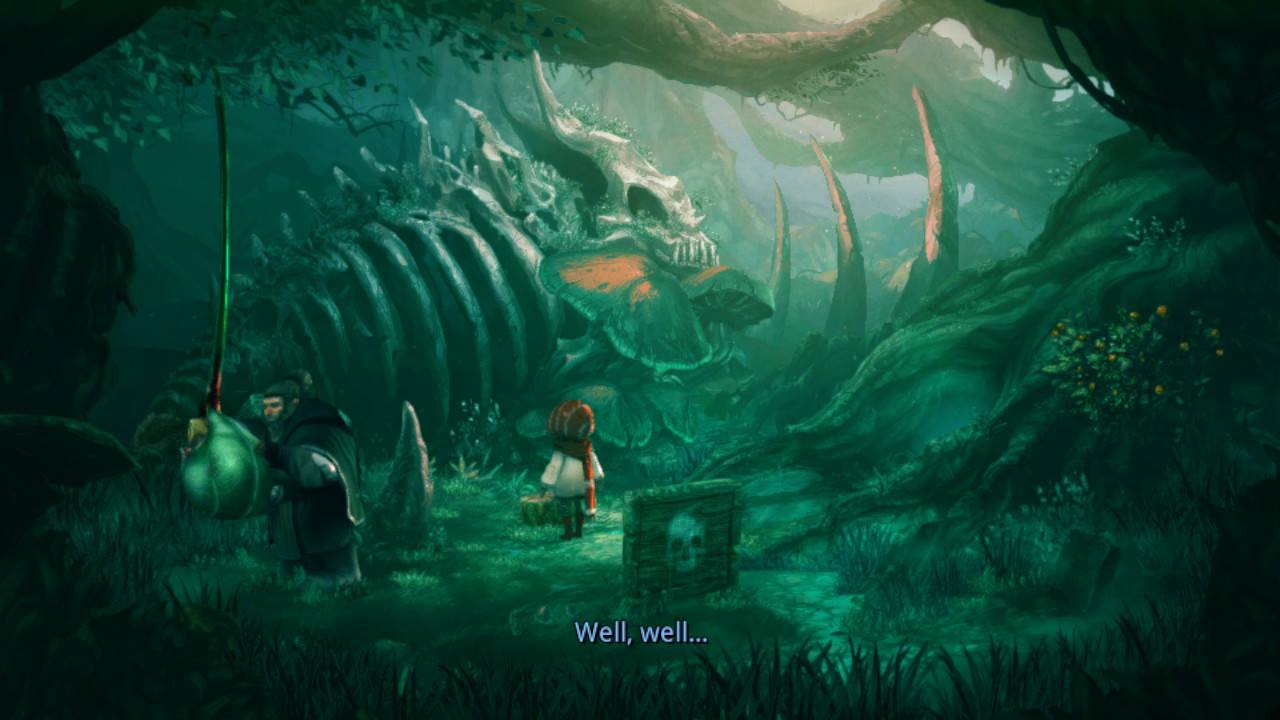 The second is that they’ve introduced some timed sequences that have you need to make a choice and fast but while trying to make the choice your character doesn’t stand idly still. They panic and just the look on Noah’s face for example makes me question all the more. What’s the right choice here? Just this little addition to the style isn’t anything “new” per say as that’s almost the entire basis for the TellTale series, but for something a bit slower like Silence? These out of the blue actions give just enough of a boost to bring it a notch higher than it already is.

Silence: The Whispered World 2 is an excellent sequel to the first. With new and returning characters, smooth controls, gorgeous graphics and excellent sound, there’s plenty to love whether you’ve been to Silence in the past or are here for the first time.