Alright, this week I’m unloading both barrels into esports because of the absolute garbage that made it into my feed. The topic is racism in esports and I’m disgusted that it is still a problem.

The first sighting of racism this week was when I read an article about Rick Fox leaving team Echo Fox because of racist statements made from their investors to his business partner Jace Hall.

For those that are unfamiliar with Rick Fox, he is a retired NBA player, an actor, and an esports franchise owner. The man is well respected and, in my opinion, is needed in esports. But don’t just take my word for it, an article published by For the Win – a division of USA Today – in October of 2017 said this:

However, when Fox was asked about all of this — changing the culture of eSports — he said that his organization isn’t the first to do things like pay attention to fitness and explore ways their players can get competitive advantages, but he did say that he believes they’ve “enhanced” and “been an amplifier to the conversation” because of their pro sports backgrounds.

Echo Fox was excelling as an esports team and they had expanded into games like CS:GO and Super Smash Bros. Later they moved into other esports and they have the backing of an investment company Vision Venture Partners, a company that Rick Fox is a partner in, and will be discussed later on.

Anyways, Richard Lewis tweeted about Rick Fox leaving team Echo Fox from an email he sent to all the major stakeholders stating:

This is an official notification of my intention to exit the Echo Fox organization as a shareholder and participant as soon as I am able to facilitate a transaction to do so. The recent outrageous and abhorrent display of pure racism by a significant Echo Fox shareholder as well as threats to my family have made it impossible for me to continue to remain associated with the company

Are you kidding me right now? The string of profanities that just entered my mind over that article would cause people to grab a bottle bleach for their ears… Anyways, let me break down what he just said in plain English: 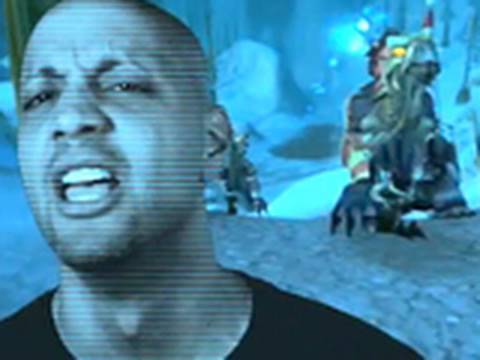 You want to know why this is insane to me? It’s because Echo Fox was founded by Rick Fox after he retired from his NBA career with the LA Lakers. It is owned by Vision Venture Partners (VVP) – the company that worked with the racist individual that drove Rick Fox to dissociate with any subsidiaries of VVP, which includes not only leaving the team, but selling off his company shares. For esports, VVP is affiliated with Vision Esports, Twin Galaxies, and team Echo Fox. This is important to know because Jace Hall is a key figure for both team Echo Fox and Twin Galaxies. And as we know, he was the main target of the disgusting racial remarks.

Just in case you thought this was bad, another piece of information plagued my twitter feed, and that was something in Rocket League. A player was banned from all Psyonix operated tournaments for a full year after repeatedly violating the player code of conduct. While this action was not taken lightly, the player who was banned because of his repeated infractions was not the only thing to anger me about this particular incident.

After the announcement was made, the Rocket League player posted a Tweet about his life being ruined, as well as statements that caused many to worry about his safety. (After doing a small bit of poking around, the player has not done any harm to himself, although, my understanding is that he’s mentally in a tough state – as one would expect when a future is put on hold because of mistakes made.) What really set me off were the reactions by the community which were equally abhorrent. Yes, what the player said were terrible statements that were made in the heat of the moment. No, I don’t condone anyone making comments like the ones captured in screenshots. However, the community reacting with statements like,

Now granted, the last line I quoted finishes with: “grow up and then come back a better person”, which is ultimately a good thing to say, I’m angered by the fact that the Tweet began with an insult. When someone is already down, insults don’t often cause people to take your statements seriously. And, considering the toxic comments people made to the player does NOT make esports look good to the rest of the world. In fact, based on the Rick Fox incident, it makes celebrities and advertisers want to back away from esports entirely.

Until we, the largest entertainment medium in the world right now, take our professions seriously, the rest of the world will not. What people fail to realize is that the more our community shows its immaturity to the general public, the more esports suffers. And ultimately it will become more apparent as we are given less investment deals, less tournaments to attend, and less opportunity to make any career path in esports viable. Let that sink in.

So, to esports communities, stop showing the world your toxic attitudes and behaviors. Stop ruining it for the rest of us and figure things out.

PS: The Rocket League player did issue an apology to the community, even though I don’t believe he will be given leniency because of his actions. Although, I do believe that Psyonix made the right decision in his case. Take time to work on your attitude and your skills, then come back stronger.